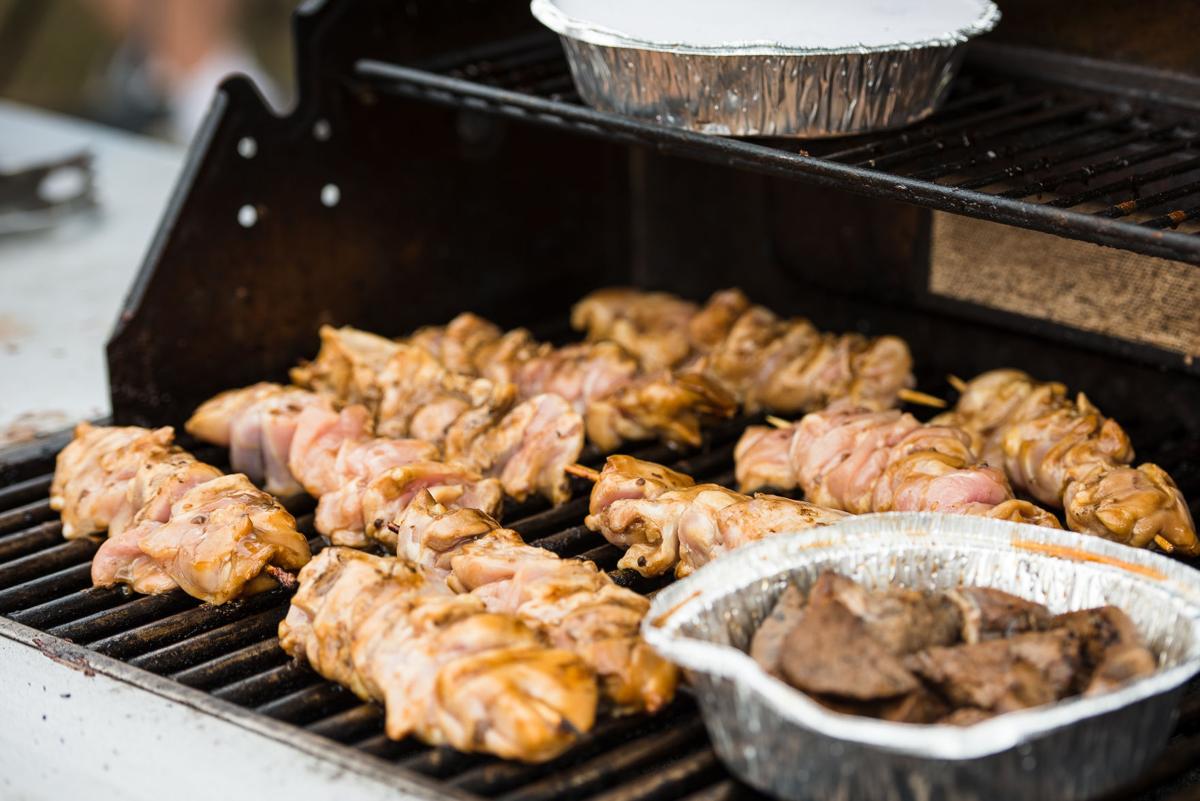 Skewers of meat cook over a grill. File/John Carlos/Special to The Post and Courier 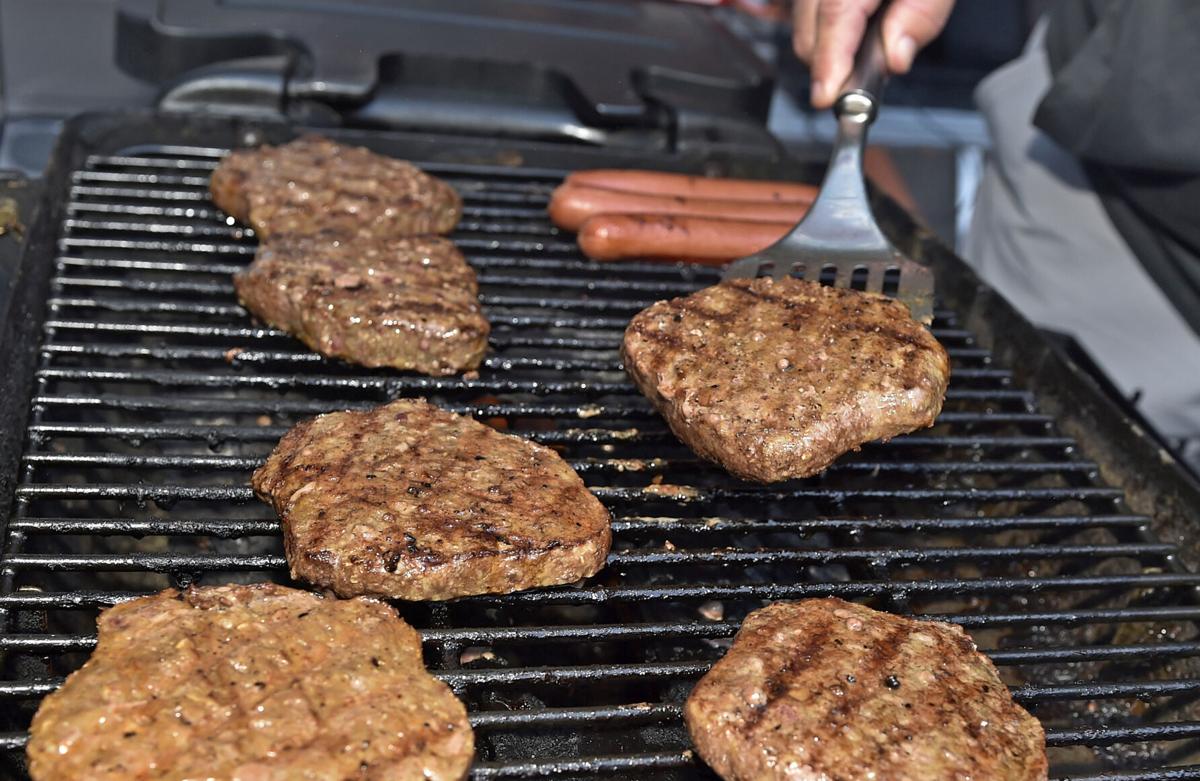 Franks and burgers on a grill.  File/Gwinn Davis/Special to The Post and Courier

Skewers of meat cook over a grill. File/John Carlos/Special to The Post and Courier

Franks and burgers on a grill.  File/Gwinn Davis/Special to The Post and Courier

For Dr. Kade Hardy, the stories he hears from burn patients often include the same unmistakable sound.

They often say, "I heard the whoosh," said Hardy, a burn surgeon at JMS Burn Center at Trident Medical Center in Charleston. "When you hear the whoosh, it’s not a good thing."

Fourth of July weekend and beyond is a time when many people haul out the barbecue grill for a family celebration, but it can also be hazardous if done incorrectly, Hardy said. And the food served at these outdoor gatherings also needs to be safely handled, including seemingly lower-risk items like hummus, salads, garlic-oil dressings and even tofu, said Dr. Kimberly Baker, director of the Clemson Extension Service Food Systems and Safety Program Team.

What I'm doing (and consuming) on this year's annual staycation

The burn center at Trident sees about 10 to 12 grill-related burn patients a month, Hardy said. The JMS Burn Center at Doctors Hospital in Augusta, the largest burn center in the country, sees far more than that. Those burns often result from not taking precautions beforehand, particularly with gas grills, Hardy said.

"Maybe they haven’t used the grill in a couple of months and the propane tank got loose, or it has a leak at the connection," he said. "Or the hose has rotted from sitting out in the sun for too long. It’s always good to check your connections just to save yourself the possible trauma that could ensue."

It is not just a hazard to people — there were an average of 10,600 outdoor and house fires a year in the U.S. sparked by grilling between 2014-2018, killing 10 people a year and causing $149 million in damage annually, according to the National Fire Protection Association. July is the peak season for those fires. That's why a proper grill area is important, Hardy said.

"It starts with setting up a safe, well-ventilated area for the grill that includes a no-kid zone, so make sure kids know not to go into that area," he said.

Grills should be at least 10 feet from the house and any other flammable material, Hardy said. Wearing short sleeves or well-fitting clothing also helps to avoid accidentally setting yourself on fire, he said.

That same level of attention should be applied to the food served, Baker said. A lot of that has to do with temperature control, keeping cold foods cold as much as possible and foods that need to be hot at temperature, as well. Placing those foods that need to be cold in a bowl nestled into a larger bowl filled with ice, or alternatively in a cooler with ice or ice packs and limiting the number of times it is opened, will help. Chafing dishes with a fuel source can help keep foods hot.

15 ways to celebrate Fourth of July in the Charleston area, from concerts to fireworks

The foods that need to be carefully managed are those that represent the right conditions, with moisture and acidity and then time and temperature. Those conditions can allow pathogens to grow, Baker said.

While some of those foods will be obvious — dairy products like milk and mayonnaise, raw meat like poultry and seafood — others may not. They include cut tomatoes and leafy greens in salads and even garlic oil that can be created by adding chopped raw garlic to an oil, Baker said.

"That fresh garlic could contain Clostridium botulinum from the soil, which then goes into the oil and creates that perfect scenario for pathogens to grow," she said.

The bacteria creates a toxin that can cause botulism, which can make people sick and may be fatal, according to the Centers for Disease Control and Prevention.

Even vegan mainstays like tofu and tempeh need to be handled carefully, as do cut melons and salads, Baker said.

"Those are always the surprising ones," she said. "They’re definitely not the ordinary ones you would think of until you understand the science behind it."

Grill safety and food safety are important for ensuring a healthy barbecue this Fourth of July and beyond, experts said.

Ensure the grilling area is at least 10 feet from the house or any flammable structure or bushes;

Make sure the area is well-ventilated;

Establish a no-kids zone to ensure kids don't aren't around the grill;

With gas grills, check the hose for leaks by using soapy water. If there are bubbles, there is a leak. Do not use matches to search for leaks. Also check all connections to ensure they are secure.

With a gas grill, never light it with the lid closed as this can allow gas and fumes to build up and could cause an explosion.

If you are burned, use cool running water, not ice, on that area. If there are blisters or the skin begins peeling, seek medical help immediately.

Keep cold foods cold by putting them in a bowl nestled in a larger bowl filled with ice, or in a cooler filled with ice or ice packs, and limit opening the lid;

Foods that should be kept cold can be left out up to six hours if they start at 40 degrees or below and do not rise to a temperature of 70 degrees. If it reaches that temperature or after six hours, toss out anything left. If in doubt, toss it out;

Foods that should be hot can be kept hot in a chafing dish with a fuel source;

Food that should be kept hot can be left at ambient temperature for up to four hours as long as it starts at 135 degrees or higher. After four hours, toss out anything remaining.

Unless it is necessary to set up a buffet for a large group, try to limit the time food is out for a meal to one or two hours, then pack it away.