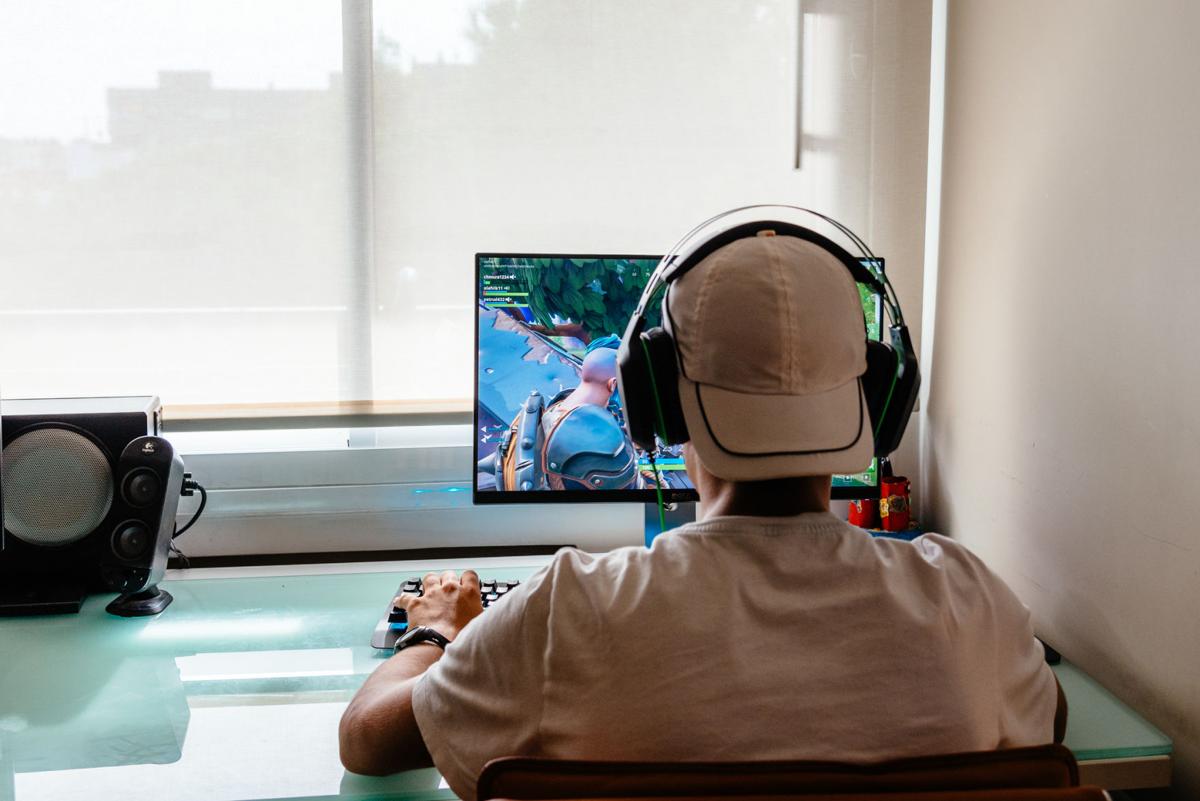 Among gaming addicts, Fortnite and League of Legends are the current titles of choice, say local experts. 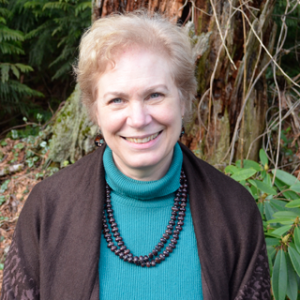 Hilarie Cash is the chief clinical officer and co-founder of Seattle-based reStart. 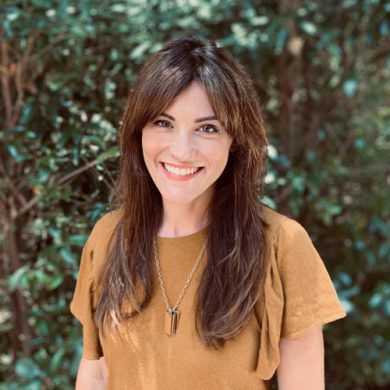 Libby Wachter is the owner and curriculum coordinator at Carolina Park Academy.

Among gaming addicts, Fortnite and League of Legends are the current titles of choice, say local experts.

Hilarie Cash is the chief clinical officer and co-founder of Seattle-based reStart.

Libby Wachter is the owner and curriculum coordinator at Carolina Park Academy.

It begins, strangely enough, in a party bus suspended from a hot air balloon. To the strains of rap music, a burly blonde cartoon character leaps from the vehicle and skydives onto an island, where he brandishes an oversize pickax and faces a simple challenge — kill, or be killed.

It’s the most popular video game on the planet, available on an array of handheld devices and consoles, and it combines the tension of more adult-oriented titles with cartoonish figures and weapons that make it irresistible to a wide array of ages. And in the process, it’s prompted concerns from parents and media watchdogs over its violent and potentially addictive nature.

Libby Wachter, a Mount Pleasant mother of three children ranging in age from 5 to 10, is among those parents who don’t allow their kids to play Fortnite, despite its massive popularity. The game has an estimated 250 million players worldwide, ranging from high school students to NBA stars.

“The first time I ever heard about Fortnite was from other parents who I am friends with on Facebook. They were all complaining about how it’s all that their kids want to do — they are obsessed,” she says. “So that was the first red flag for me. Then when I found out that the game involves shooting and killing other people, I decided I would definitely not allow my kids to play.”

Clemson's Dabo Swinney on Fortnite, Happy Days and the rise of younger quarterbacks

Fortnite is rated “teen” by the Entertainment Software Rating Board (ESRB), which means its content is considered generally suitable for ages 13 and up. But clearly, the appeal to kids is there — it’s not difficult to find Fortnite toys in the toy department of big-box retailers, or Fortnite guides in the children’s section of bookstores.

“Fortnite is carefully designed to be appealing and rewarding,” says Hilarie Cash, chief clinical officer and co-founder of Seattle-based reStart, the nation’s first gaming addiction treatment center. “I would say all of the adolescents coming into our program, and many of the young adults, have been playing Fortnite. I think of it as a gateway drug, because it’s so easy to play.”

The objective of Fortnite is simple: be the last person standing out of 100 characters dropped onto the island. It wasn’t the first title in the “battle royale” genre, but it proved less buggy than its predecessors and primary competitors. Its game play was smoother. Its characters were wackier — some hop on pogo sticks, others swirl hula hoops, others are big blue blobs. And if downloaded onto a cellphone or tablet, the game was free.

“It was definitely more accessible, and that’s why it took off faster,” says Ezekiel Carsella, president and co-founder of the College of Charleston eSports Club. “There’s definitely an addictive aspect to trying to be the last person alive, and winning. That all created a perfect storm. Once it started catching on, they started adding it to more platforms, and people everywhere started playing it.”

“Fortnite’s combination of weapon glorification and cartoonish violence is concerning,” Dr. Michael Rich, founder of the Center on Media and Child Health, wrote on the organization’s website, “as the player sees the world through a lens that values weaponry, but downplays and makes abstract the damage those weapons cause.”

For decades, violent video games have been a target of parental groups and politicians who’ve viewed them as a portal to real-world violence. President Trump pointed a finger at video games after 2019 mass shootings in Dayton, Ohio, and El Paso, Texas, just as critics did after the 1999 Columbine school massacre, whose perpetrators were known to have played the first-person shooter game Doom.

Those beliefs seemed to be debunked by a 2019 study conducted by Great Britain’s Oxford Internet Institute, which explored whether violent video games were associated with aggressive behavior in adolescents. After surveying 1,000 14- and 15-year-olds, “we found a whole lot of nothing,” co-author Andrew Przybylski told National Public Radio. “… The kinds of video games people played, how violent they were, how much time they spent on them — there was no linear connection.”

Those results haven’t swayed everyone. Some parents “don’t need a study to validate what they already know to be true: Video games change our kids, and immersion in violent games make children more aggressive,” Melanie Hempe, director of Families Managing Media, wrote in a blog six months after the Oxford findings were published. And Cash has seen patients displaying the antisocial behavior, narcissism and lack of empathy and compassion she believes violent video games leave behind.

“I think there's a great deal of evidence that when children engage in violent play, like with gaming or any other type of violent media, it really does increase aggressive behavior,” she says. “There are many people who want to argue against this, but I've looked at the research, and there is very strong evidence for that. If just watching television has that effect, just imagine how much more powerful the effect is when you’re the perpetrator of the violence, which you are in the game.”

Violence isn’t the only concern parents have about Fortnite. Although the game is initially free, it incessantly offers paid in-game upgrades that allow players to access different levels or characters. And in September, developer Epic Games added a cross-platform chat feature that some child advocacy groups worry could be a vehicle for predators.

“The audio chat feature would definitely be a concern for me,” says Wachter, owner and curriculum coordinator at Carolina Park Academy. “I don’t allow my kids to interact with anyone they do not know while playing video games. A friend of mine had a son who was messaged by someone in a game who said that he wanted to give him an Amazon gift card and asked for his address. That really freaked me out. My kids are not allowed to chat with or ‘friend’ anyone that they do not know personally in any game.”

Then there’s apprehension over potential addiction, given that Fortnite games are relatively brief, and can be played over and over again. Among gaming addicts, Fortnite and League of Legends are the current titles of choice, Cash says, joining older games like EverQuest and Counter-Strike which she’s also seen in her 20 years of treating patients.

Video game addiction has been recognized as a disorder by the World Health Organization, Cash adds, and experts know that behaviors can affect the brain just as ingested chemicals can. In the case of video games, the problem is overstimulation, which causes the brain to withdraw certain receptors, requiring the addict to need more and more and more.

Avid gamer or Fortnite addict? How Charleston parents can tell the difference

“Because the brain has made that adjustment, they are now going to have to engage more — play a new game that’s more stimulating, or play for longer, and so forth,” Cash says. “And so it's become a very vicious cycle, the addiction cycle.”

All this, started by a cartoon character jumping out of a flying bus. For now, Wachter’s children will stick to playing games like Minecraft, Roblox, Toca Boca and Animal Jam. Maybe one day, she’ll allow them to dip a toe into Fortnite, but she’ll maintain the same vigilance over their gaming habits she employs now.

“I think once my kids are older and more mature, maybe in their teens, I would allow them to play on a limited basis,” Wachter says. “We limit our kids’ screen time now and will continue to do so as they grow older.” LCP