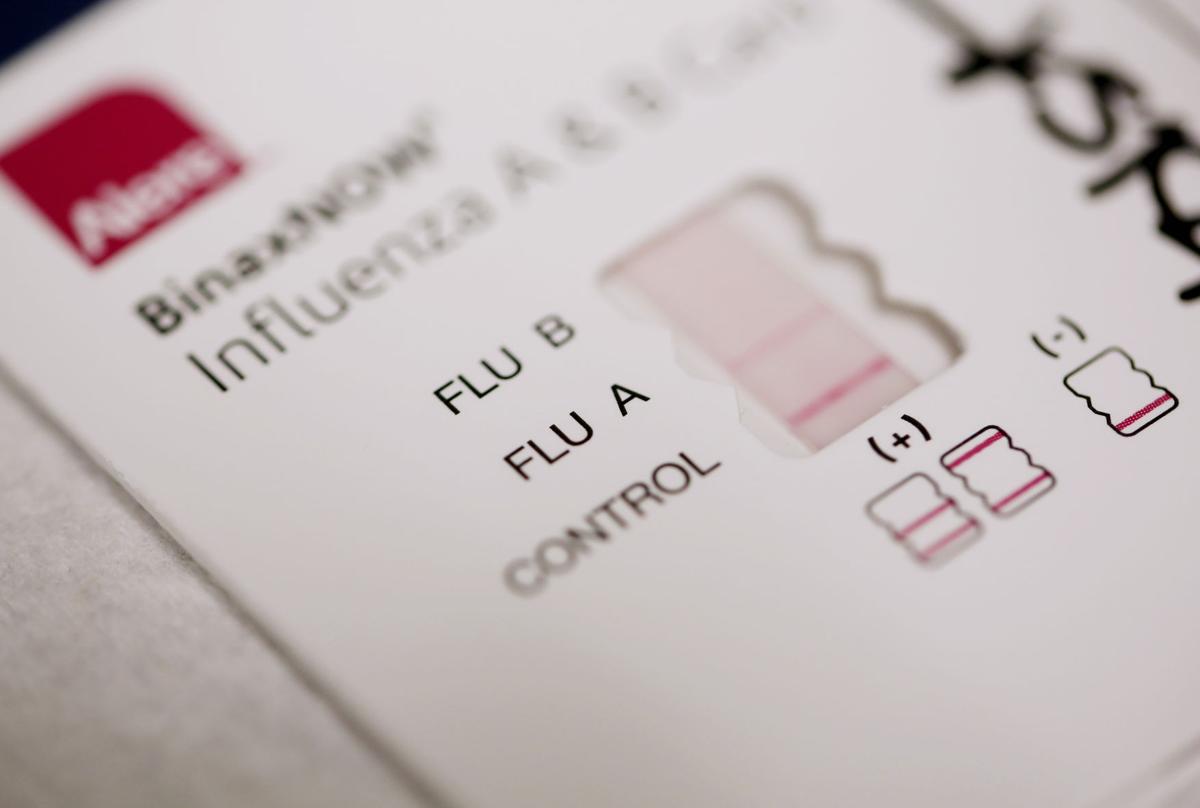 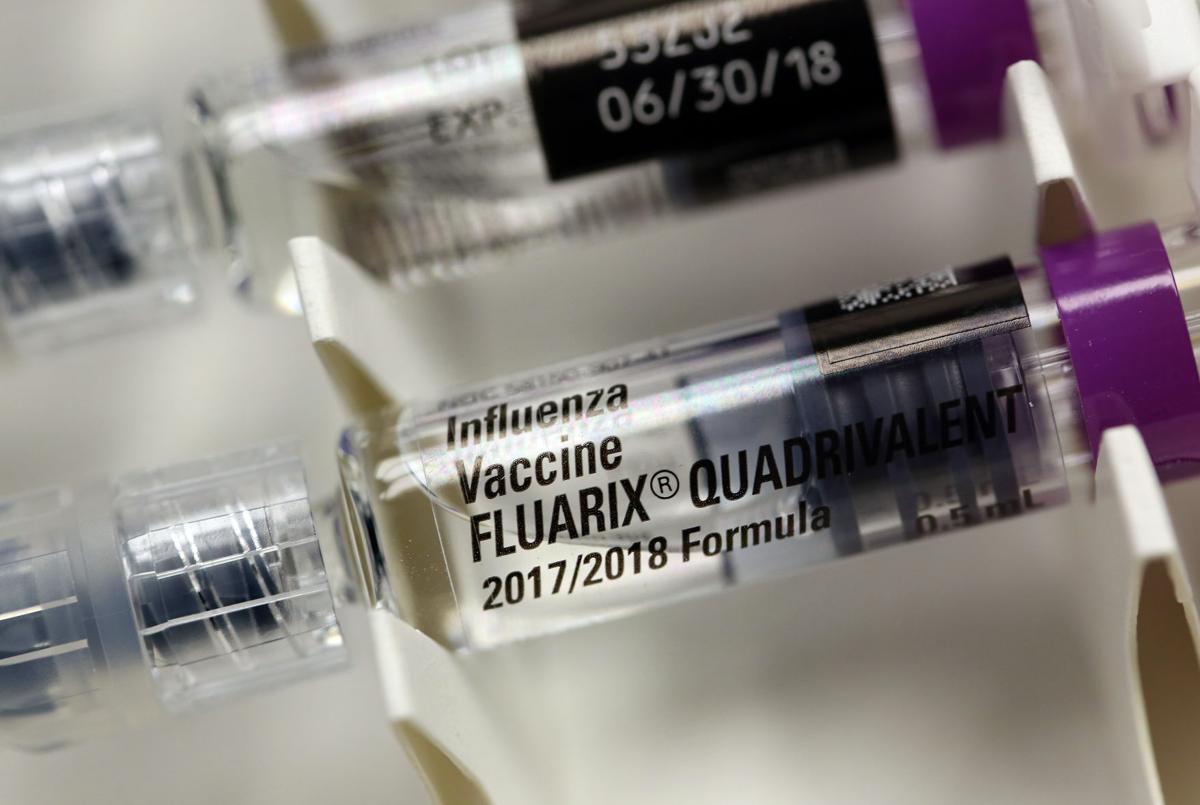 The flu vaccine isn't a perfect match for the predominant virus circulating this season, but it may lessen the severity of flu symptoms, doctors say. File/Grace Beahm Alford/Staff

The flu vaccine isn't a perfect match for the predominant virus circulating this season, but it may lessen the severity of flu symptoms, doctors say. File/Grace Beahm Alford/Staff

The state health department reported Wednesday that another 22 South Carolinians have died from the flu this season and that hundreds more were recently hospitalized.

Numbers included in the new report offer clear evidence that flu activity has been widespread and rampant across the state this month. And it doesn't seem to be slowing down.

Seventeen of the latest flu-related deaths occurred between Jan. 14 and Jan. 20, the S.C. Department of Health and Environmental Control reported. Five of those deaths were attributed to prior weeks. Since October, 46 people have died from the flu in this state.

By comparison, during the last flu season, 94 people in South Carolina died. Flu season typically runs from October through May.

Between Jan. 14 and Jan. 20, 470 flu-related hospitalizations and nearly 14,000 positive flu tests were reported to DHEC.

In West Ashley, the Health First Rapid Care clinic on Savannah Highway was busy Wednesday night with about a dozen patients waiting for service.

Rich Eudy, a 53-year-old West Ashley resident, said he recently was discharged after spending two weeks in the hospital following a pneumonia diagnosis but has started feeling unwell again and decided to visit the clinic.

When asked whether he was worried about the flu season, he responded that he felt that he only needed more medication.

College of Charleston students Jordan Vesely, 21, and Taylor Lowry, 20, were also at the clinic and said they can tell this flu season is particularly bad.

Appointments for campus health services and minute clinics at pharmacies are completely booked, they said, adding that they'd heard that this year's flu vaccine was less effective against the major strain circulating this season.

"They're telling us to be careful," the students said. "It's worrying."

Most fatalities were reported among patients who were at least 65 years old. No children in South Carolina have died from influenza so far this season.

Nationally, the picture looks much the same.

The weekly U.S. Influenza Surveillance Report compiled by the Centers for Disease Control and Prevention show that 51 of 54 jurisdictions across the country are experiencing regional or widespread flu activity.

The CDC does not publish adult flu deaths, but CDC Director Brenda Fitzgerald reported earlier this week that 30 children across the country have died from the flu this season.

"The U.S. is in the midst of a severe flu season, and CDC’s tracking data shows flu cases are still increasing across the country," Fitzgerald wrote in an editorial published by Fox News. "Our research also reveals that most of the nation is currently experiencing widespread and intense flu activity."

DHEC officials have continued to encourage South Carolina residents to get a flu shot. Even though the vaccine may not be a perfect match to the virus circulating this season, health experts agree that the shot offers some protection. 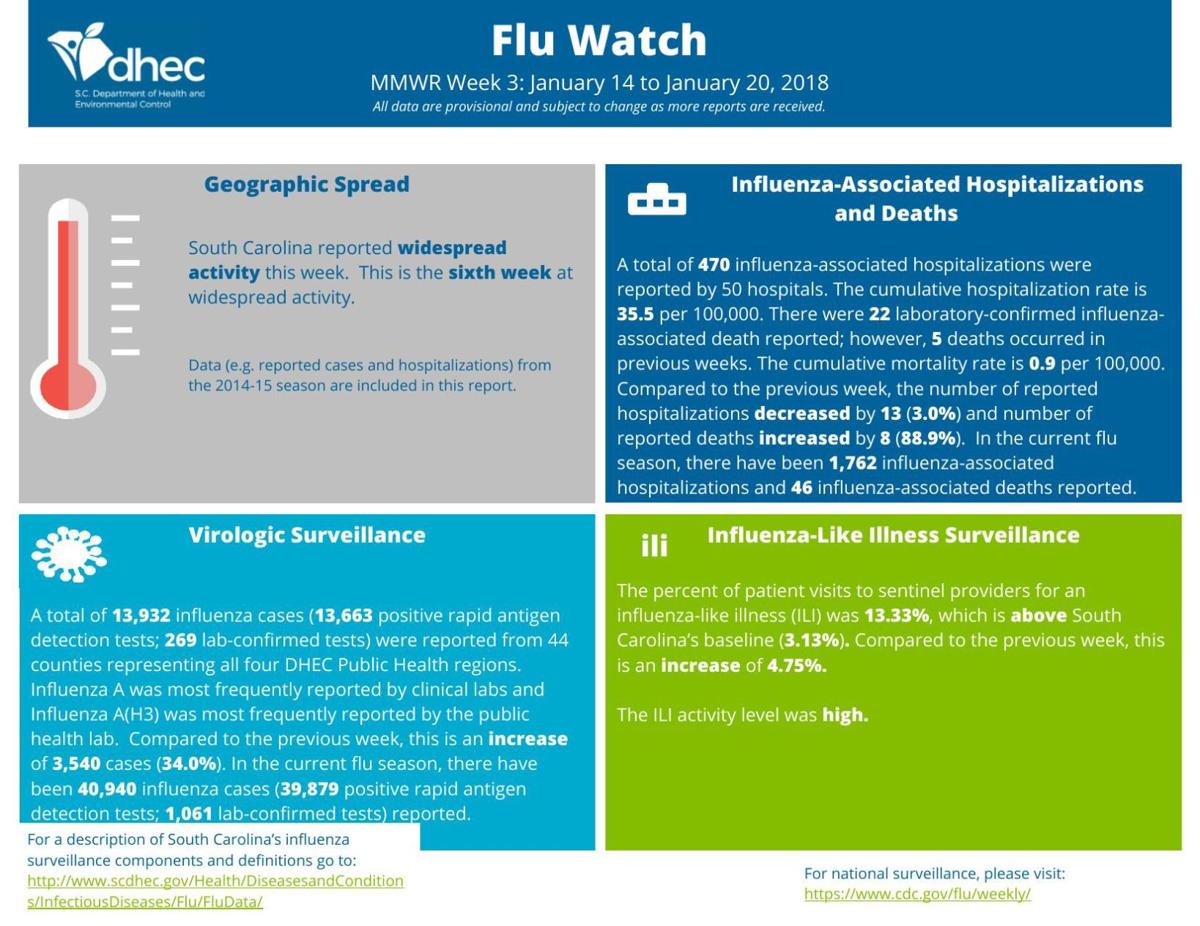