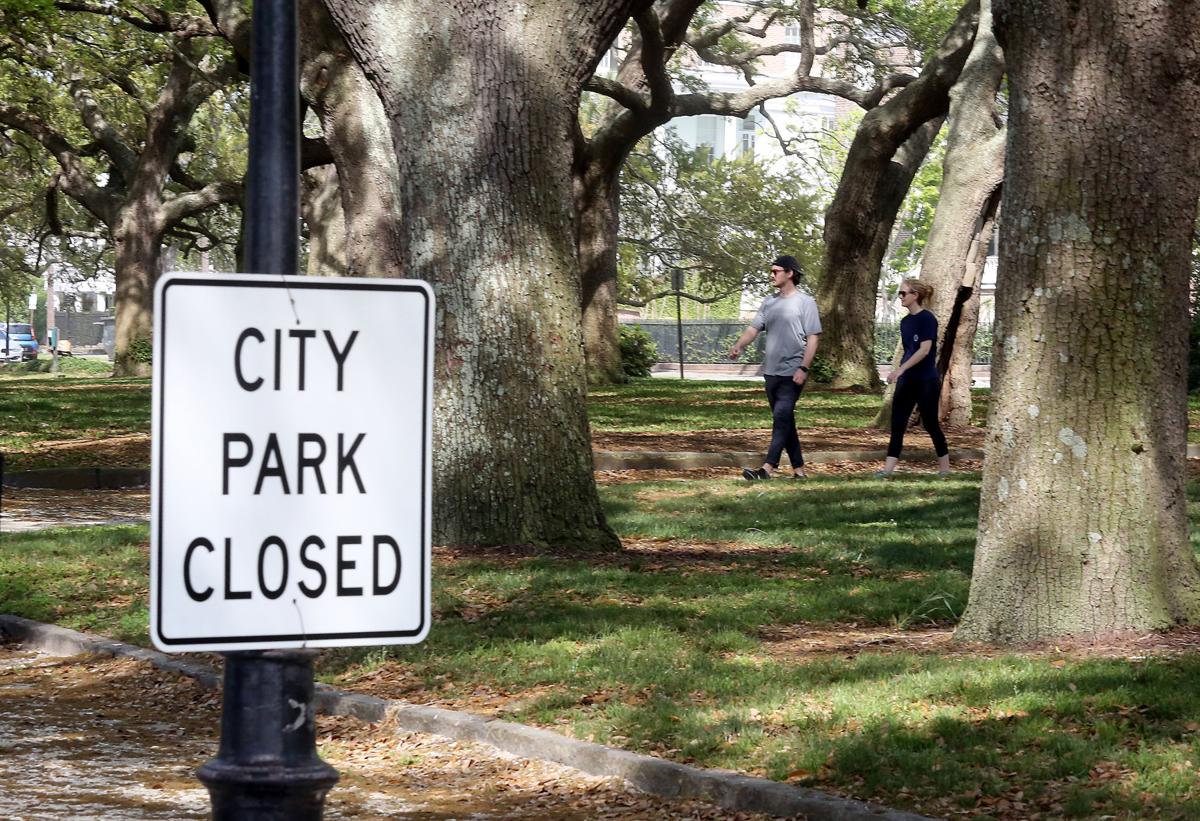 People continued visiting Charleston City parks Sunday, as this couple did in White Point Garden, even though all city parks are closed due to the coronavirus pandemic. Brad Nettles/Staff 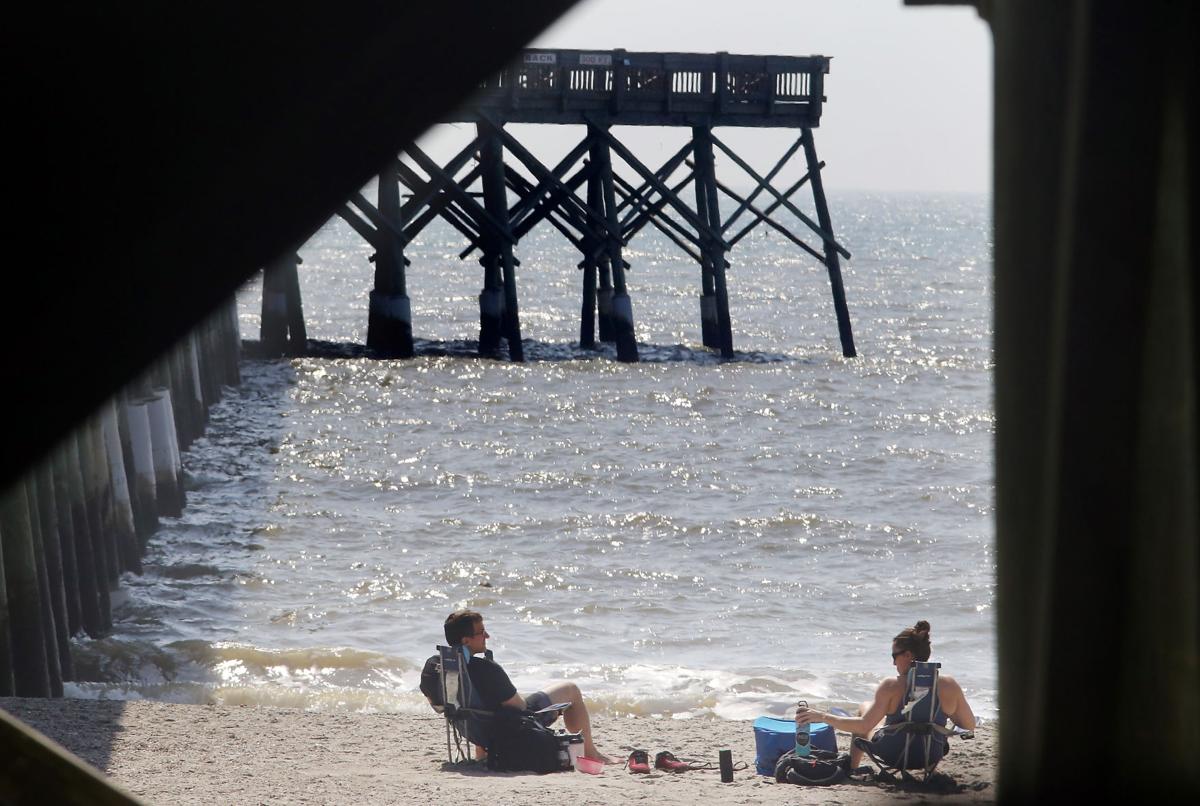 Visitors flocked to Folly Beach on Saturday after City Council rolled back its ban on beach access Friday. Brad Nettles/Staff 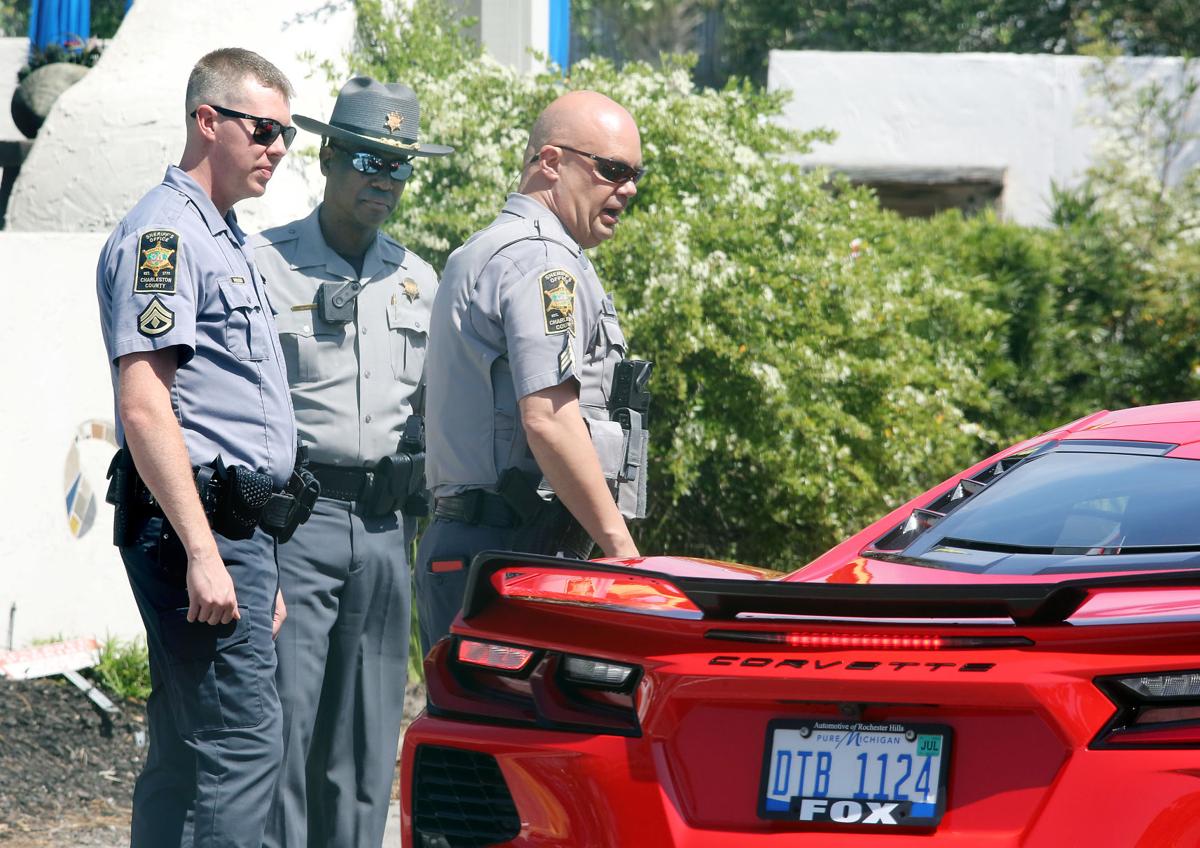 As cases of the coronavirus continue to grow in South Carolina, some officials have gone back and forth on how much they should restrict their communities.

Beach towns closed, reopened, then closed again as they tried to interpret state guidance, while cities like Charleston and Columbia stood firm on their stay-at-home ordinances.

As the legal battles continued, reported cases of the virus accelerated in the state. South Carolina health officials announced 113 new cases of the coronavirus and one new death Sunday afternoon, bringing the state's total to 774 cases in 40 counties.

With no statewide stay-at-home order issued by the governor, coastal towns have wavered on their legal right to restrict access.

S.C. Attorney General Alan Wilson said Friday that local governments could not exercise the governor's emergency powers and therefore were opening themselves up to lawsuits for restricting access.

He issued an amended opinion Sunday that made clear local governments can keep their stay-at-home orders unless someone goes to court to block it.

The amended opinion upheld a legal view that only the governor can issue stay-at-home orders during an emergency, but neither the attorney general nor the governor's office have plans to sue over the local orders.

The initial opinion created confusion because it did not say whether local governments could continue with their stay-at-home orders. While Columbia and Charleston held firm on their orders, the opinion led Folly and Edisto beaches to rescind their restrictions on access, a decision that led to crowds on Saturday.

"That was an Alan Wilson-manufactured crisis," said Columbia attorney Chris Kenney, who prepared an argument against the attorney general's opinion in case a lawsuit was filed.

Many Edisto Beach residents protested the council's decision to reopen the beach, concerned that their community was at risk. Edisto Beach was one of the few beaches still open Sunday.

Several residents showed their displeasure at the decision, lining the street and holding signs that read "Protect Edisto from COVID-19" and "Edisto Residents Only."

By late Sunday afternoon, the town voted to institute a 24-hour checkpoint, prohibiting anyone not residing or owning property on the island from entering until further notice, except essential workers. No short-term or long-term rentals will be accepted through April 30, and non-essential businesses can't allow customers inside their establishments.

In the emergency ordinance, the council mentions a "substantial influx of visitors" from areas with community spread of the virus after lifting their previous restrictions. Their police department would not have enough manpower to enforce McMaster's orders regarding limitations on gatherings with so many people flooding the town, the council said in the ordinance.

Edisto Beach recorded hundreds of more visitors to the town Sunday compared with the day before, Mayor Jane Darby said. As their small staff struggled to enforce social distancing orders from state officials, Darby called an emergency meeting to reconsider their lifting of restrictions, leading to the 24-hour checkpoint that was in place by late afternoon.

At Folly Beach on Saturday, the shore was teeming with people after officials there pulled back a March 20 ban. Folly Beach officials voted later in the day to reinstate the closure.

The city of Charleston passed a stay-at-home ordinance that became effective Thursday. It included broad exceptions for several businesses, and many residents appeared to ignore the ordinance on Thursday, continuing to enter city parks and bypassing barriers. While many tourist spots saw less traffic, residents went about their normal routines despite the restrictions on that first day.

Over the next few days, residents began to take the order more seriously, Police Chief Luther Reynolds said Sunday. Officers have noticed a significant reduction in traffic or people being out in groups. Sunday's traffic was less than 25 percent of what it normally is, Reynolds estimated.

"There's been a lot of improvement," he said. "This is going to last for a while, so we're creating a new norm. We are trending in the right direction."

Columbia police broke up several pick-up basketball and volleyball games and other gatherings of three or more people Sunday, but no tickets were issued, police spokeswoman Jennifer Timmons said.

Horry County Police said on Twitter that they issued 10 tickets for people gathering in large groups and refusing to disperse.

An elderly patient in Horry County with underlying health conditions marked the most recent death in the state, S.C. Department of Health and Environmental Control officials said. Sixteen total deaths have been reported.

Seventeen new cases were reported in Richland County, along with 14 in Greenville County and eight more in Charleston County.

DHEC has projected that the state will have more than 8,000 reported cases of the virus by early May. Action is needed from every individual in the state to slow that rise of cases, agency physician Dr. Jonathan Knoche said in a news release.

"If you can, we encourage you to please stay home and limit your close contact with others," Knoche said.

In his ninth coronavirus-related executive order since March 11, McMaster on Saturday took greater steps to protect first responders from the disease, mandating people who call 911 to disclose if anybody in the household has symptoms of COVID-19.

He also mobilized the National Guard to help coordinate the distribution of essential supplies around the state.

All public schools remain closed through April, and state-supported colleges can only house out-of-state or displaced students, and allow courses for the spring semester to be completed online, McMaster ordered.

"The distribution of materials was data driven to ensure needs are fairly met based on county populations based on the 2010 Census and emergent needs," DHEC said in a news release. 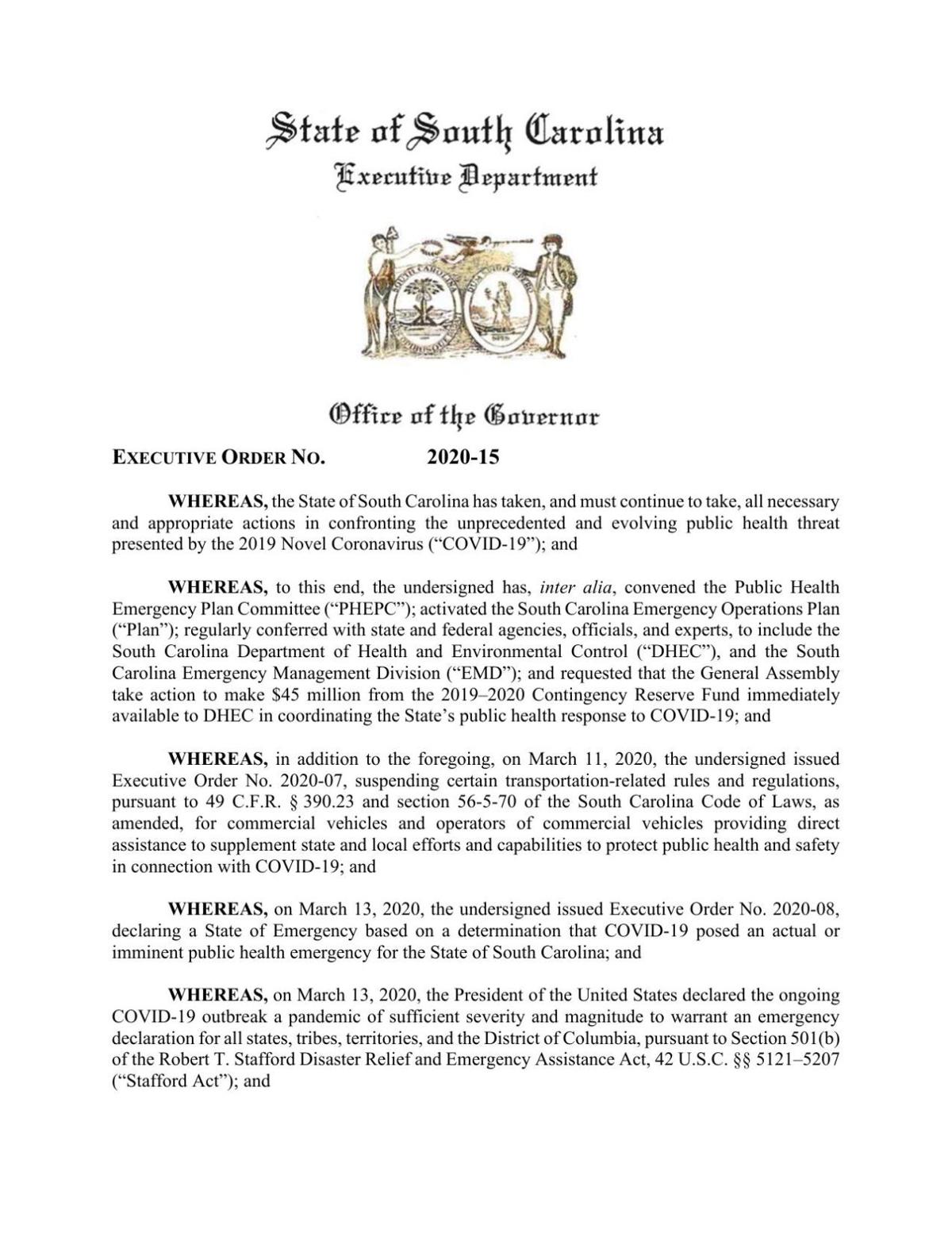 Andy Shain and The Associated Press contributed to this report.