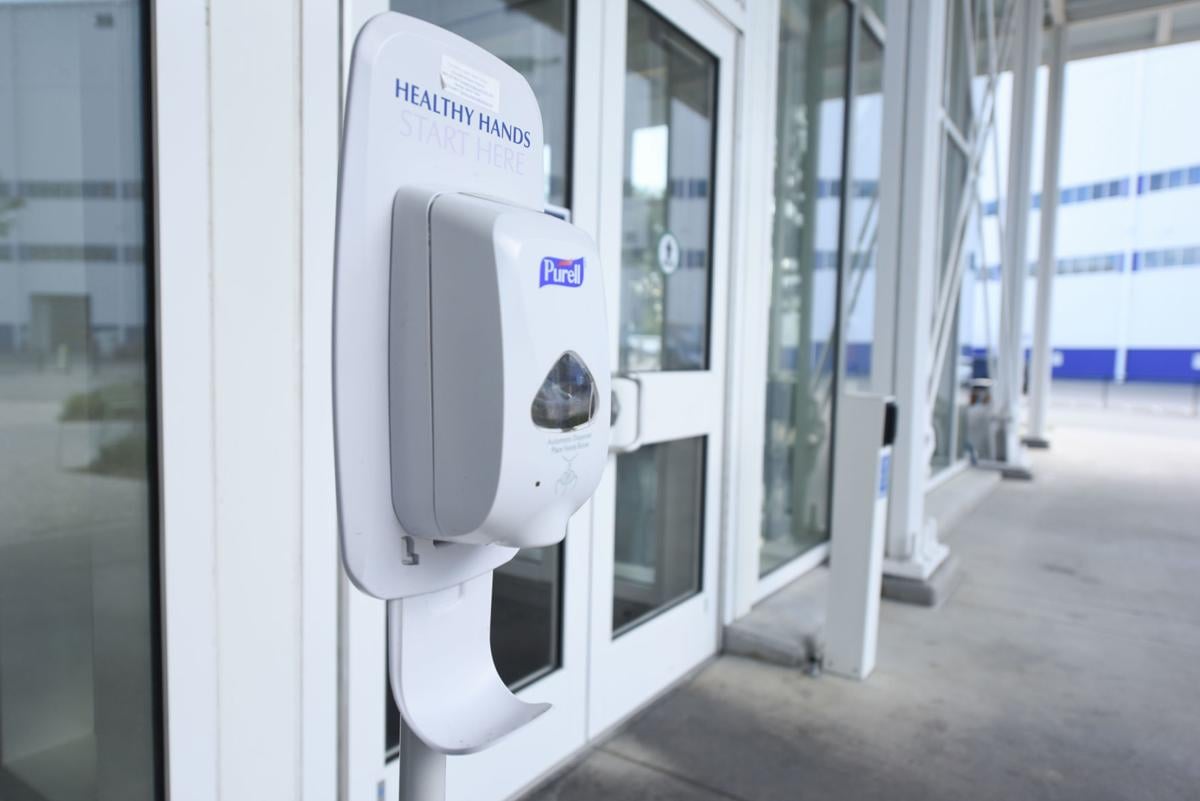 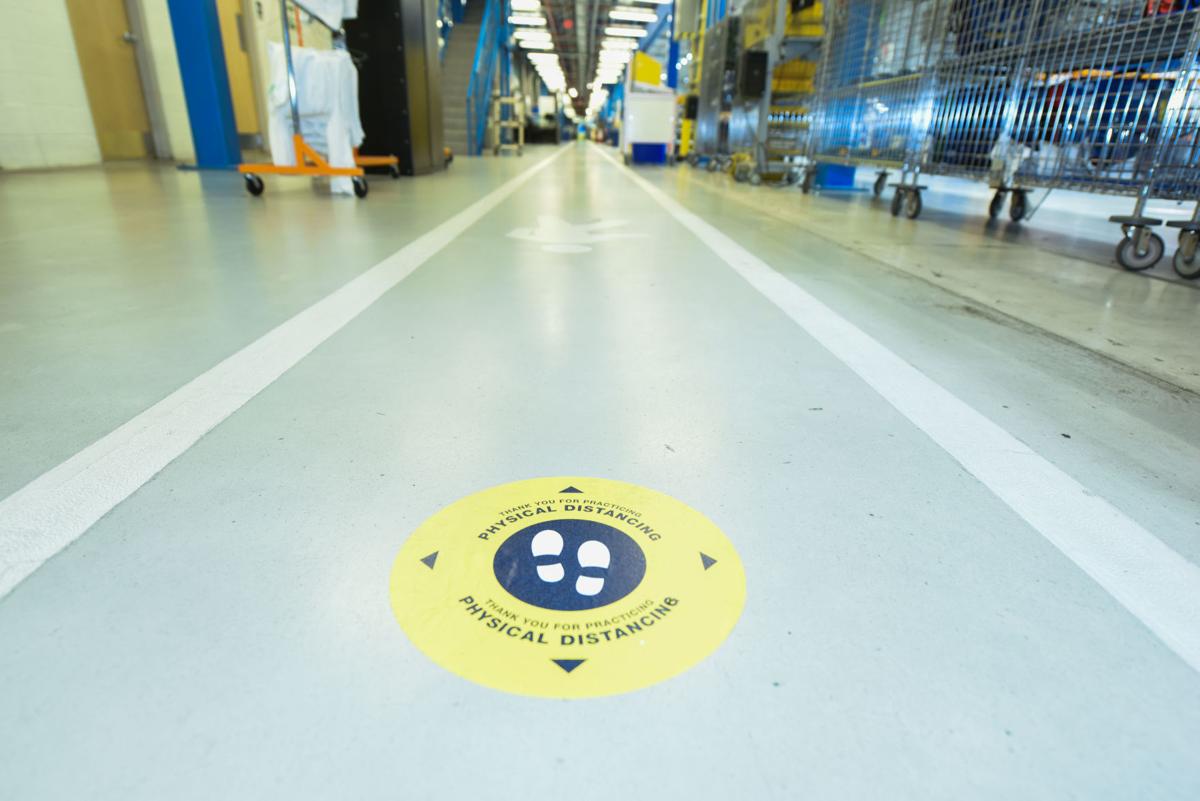 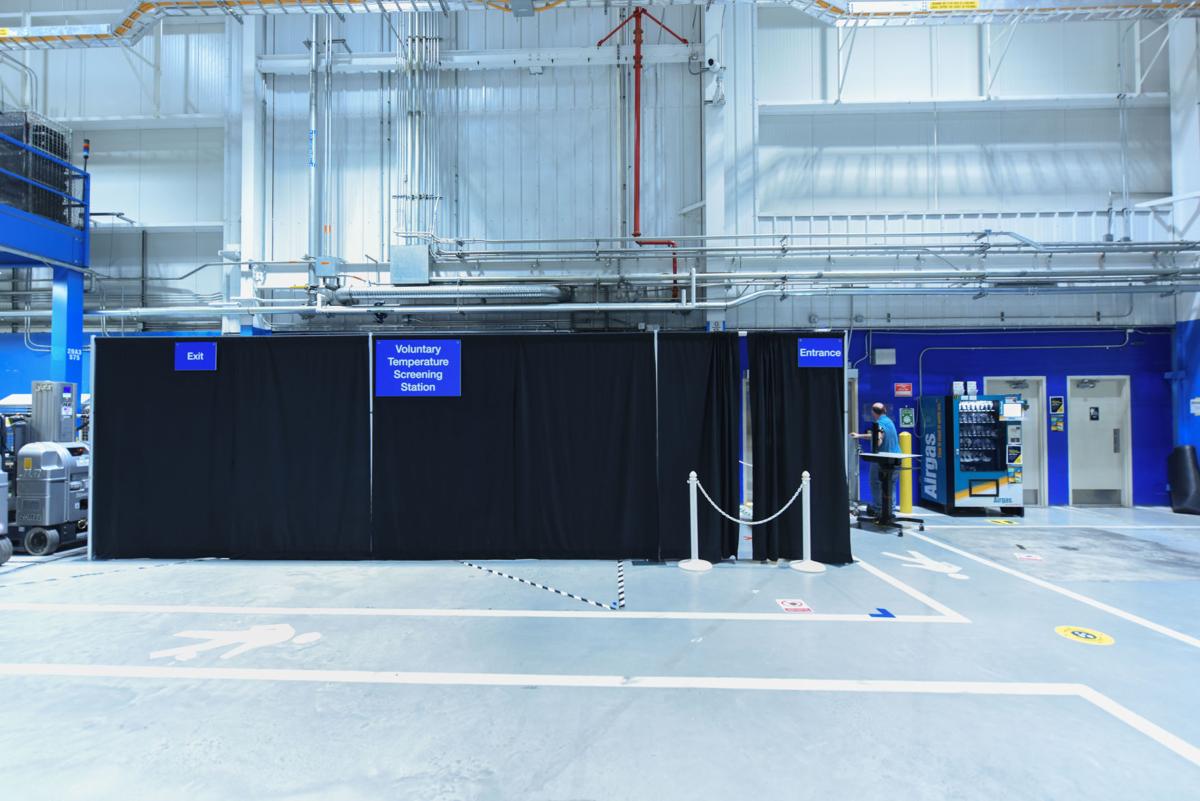 Employees at Boeing's plant in North Charleston can opt into doing voluntary temperature screenings before their shift. Provided/Boeing South Carolina

After shutting down for more than three weeks because of the coronavirus pandemic, Boeing called thousands of its employees back to work Sunday and Monday as production of the 787 Dreamliner resumed.

Operations at the North Charleston plant restarted beginning with Sunday's third shift. Workers on first and second shift returned Monday, and some senior leaders and managers reported to the campus late last week.

Boeing has not disclosed how many of its about 7,000 employees in South Carolina were out of a job during the suspension of operations. Employees who have been able to do their work remotely are continuing to telecommute.

Those who did return to the site over the last several days likely noticed several additions: new hand sanitizing stations, markings on factory floors that thank employees for "practicing physical distancing" and curtained stations where workers can get their temperature taken before the start of their shift.

The temperature screenings, done with no-touch thermal scanners, are optional.

Wearing a face mask is also left up to employees' discretion, though the company said in a statement that they are encouraged.

Some workers will be required to wear them, but only if they have to do their jobs in close proximity to their coworkers. In those cases, the company said it would provide employees with masks.

Brad Zaback, vice president of the Dreamliner program, said in a statement last week that the plan to resume operations ensured that "all necessary safety measures" were in place before workers returned.

The company has been tracking cases of COVID-19 reported by its workforce. The total number of active confirmed cases company-wide, which is available for employees to view on an internal database, was about 40 as of Monday.

About 200 of the company's 160,000 employees worldwide have recovered from the virus and been cleared to return to work, according to the database.

Nikki Haley left Boeing over a possible bailout. Now, the company says it won't take one.

Boeing's South Carolina workforce has reported a total of eight confirmed COVID-19 cases, one of which is still active. That employee has been working remotely during the suspension of operations.

Employees affected by the shutdown were given two weeks' worth of pay, and the company filed for unemployment benefits for the week of April 26 to May 2 on workers' behalf.

Boeing South Carolina's return to operations comes about two weeks after production resumed in Washington state. Boeing's factories on the West Coast — including the facility in Everett, Wash. that splits production of the Dreamliner with North Charleston — had closed on March 25, a couple weeks before South Carolina temporarily stopped making 787s.

The restrictions wouldn't have applied to Boeing workers since the company is considered essential, but both moves were clear signs of the coronavirus pandemic's wide-reaching impact in the Palmetto State.

In a similar way, the North Charleston plant's reopening coincided with the lifting of South Carolina's stay-at-home order. Restaurants were also allowed to reopen for outdoor dining on Monday, and retail stores have been open for two weeks.

Even with production back on, Boeing's South Carolina workforce is facing a period of uncertainty. The planemaker announced during its earnings report last Wednesday that it would cut 10 percent of its global workforce.

The commercial airplanes and services divisions would lose a larger share of their jobs, about 15 percent.

In South Carolina, a cut of that size would be equal to about 1,000 jobs, though the actual number of positions lost will depend on multiple variables.

Facing declining demand for new aircraft because of the health crisis, the company also decided to cut back production of the wide-body Dreamliner from 14 per month to 10 this year and, eventually, just seven per month.

“We will be a smaller company for a while,” CEO David Calhoun told investors.

While Dreamliner production is split between the East and West coasts, the North Charleston plant exclusively builds the newest version, the 787-10. The site also produces all of the mid- and aft-body sections for every Dreamliner, including those that are assembled in the Pacific Northwest.

As Boeing states on its South Carolina-specific website, the North Charleston campus is the "only place in the world where the full cycle of 787 Dreamliner production takes place."