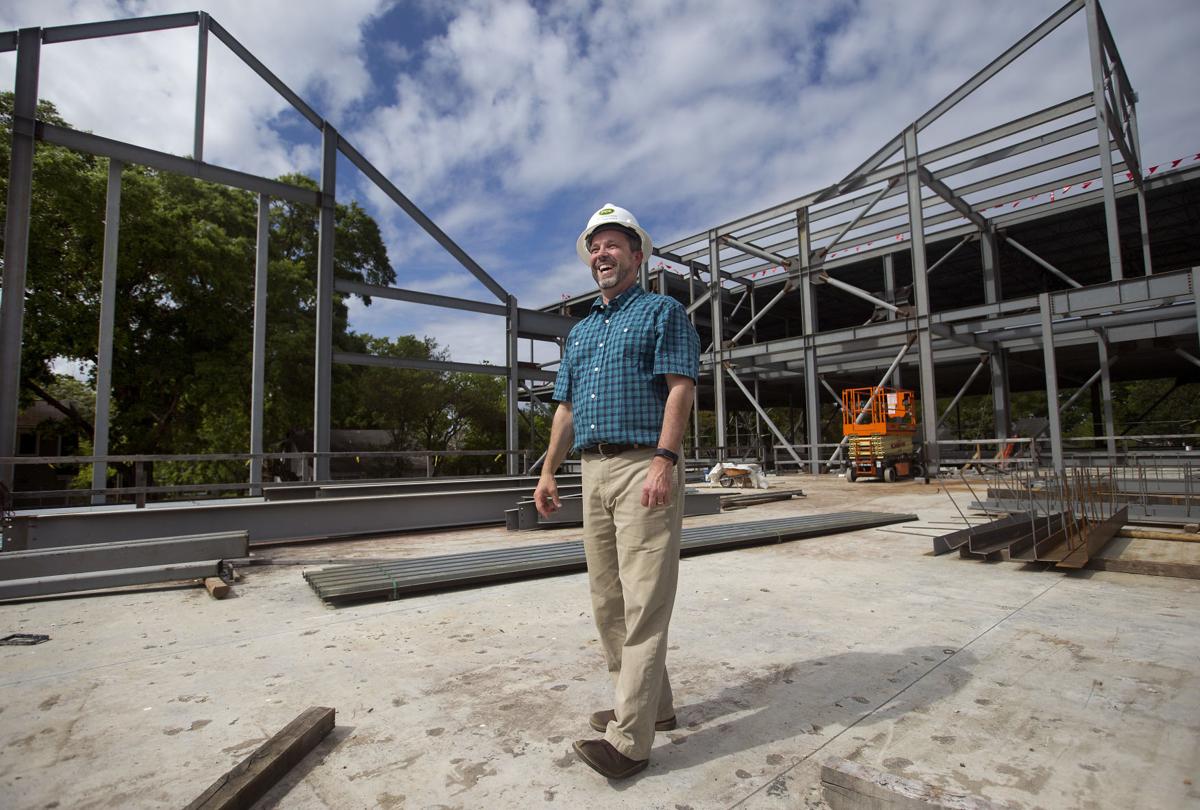 Bishop Steve Wood inside the construction project at St. Andrew's Church on Thursday, April 18, 2019, in Charleston. Wood has tested positive for the coronavirus and has been hospitalized in an intensive care unit. Grace Beahm Alford/Staff 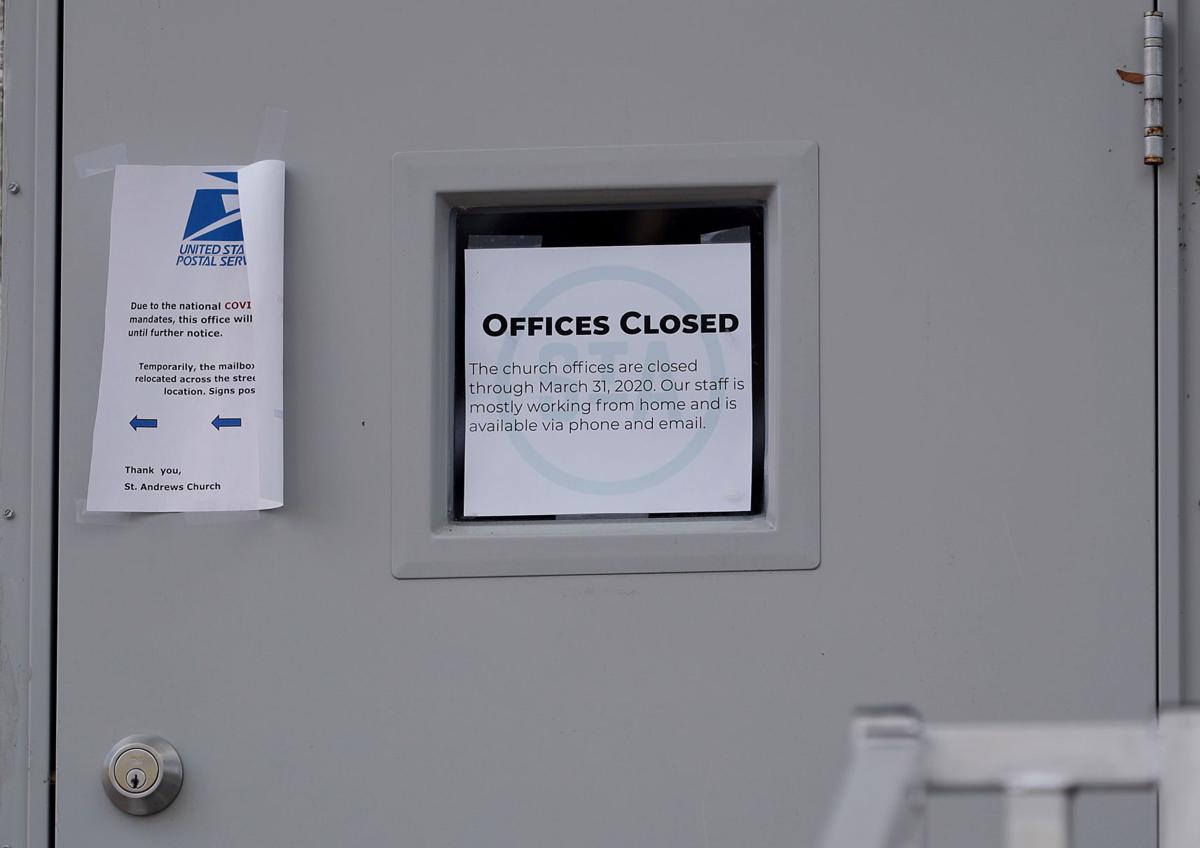 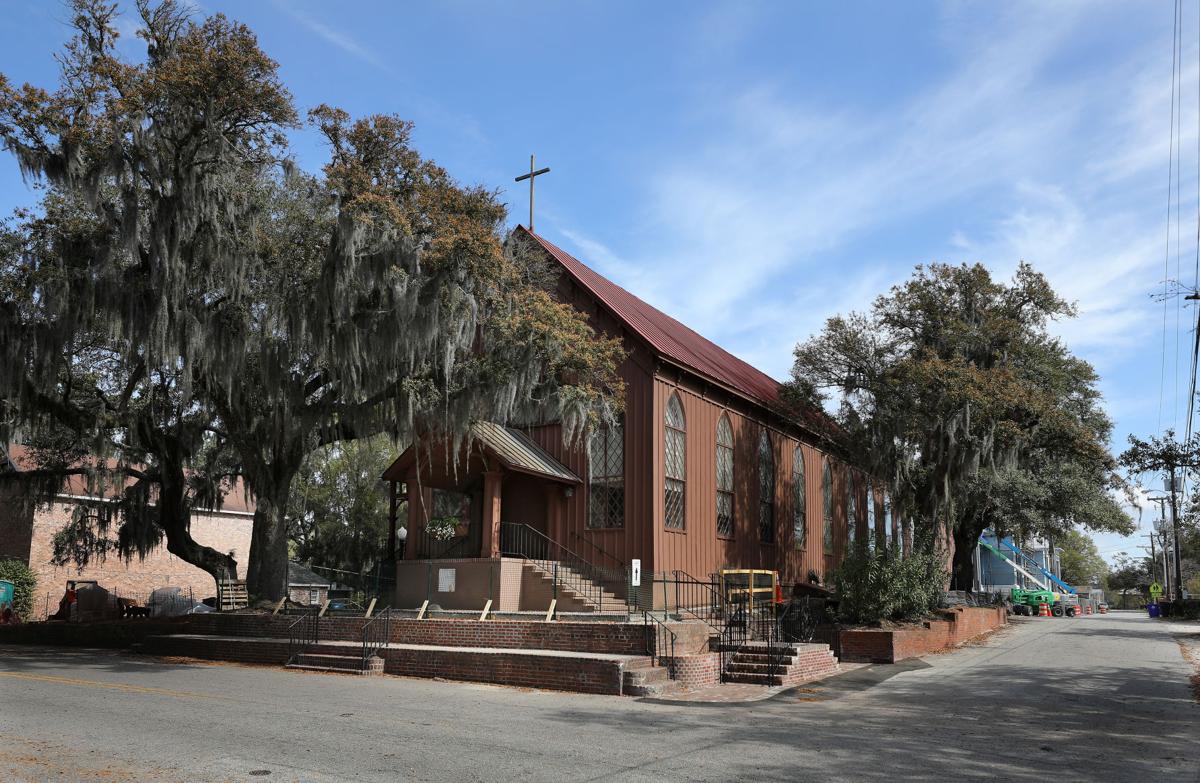 St. Andrew’s Church in Mount Pleasant has announced that three church officials have fallen ill, including Rector Steve Wood, and that Wood and an associate rector have tested positive for coronavirus. Grace Beahm Alford/Staff

Bishop Steve Wood inside the construction project at St. Andrew's Church on Thursday, April 18, 2019, in Charleston. Wood has tested positive for the coronavirus and has been hospitalized in an intensive care unit. Grace Beahm Alford/Staff

MOUNT PLEASANT — Bishop Steve Wood, rector of the prominent St. Andrew's Church, has tested positive for the coronavirus and been admitted to an ICU at East Cooper Medical Center.

The Post and Courier obtained a church email Friday notifying members that Wood, who also presides over the Anglican Church in North America’s Diocese of the Carolinas, has been placed on a ventilator. Church leaders noted that being on the machine gives Wood, who is 56, "a boost in fighting off the virus."

On Sunday morning, parishioners watched a livestream of the Rev. John Burley Sr. in the church's empty historic chapel after the church suspended in-person worship. Burley said that Wood remained in the ICU on a ventilator but was in stable condition with no fever.

“We continue to pray for him," Burley said. Then, he added a message for Wood: “We love you.”

However, an email Wood sent to members on Sunday said that Kowbeidu had passed out briefly during the 10:45 a.m. service but had "not been ill except for some mild seasonal allergies."

The church also is awaiting test results for the Rev. Randy Forrester, another associate rector, who self-quarantined last week after falling ill.

Ministers Wood and Forrester quarantined themselves after becoming sick and did not attend services on Sun., March 15, church officials said. Kowbeidu attended because he had not been displaying symptoms, a church spokesman said.

In his online sermon Sunday, Burley did not address how many members are self-quarantined due to exposure to the sick ministers or how many have been tested.

The church has encouraged members who received communion from Wood or Kowbeidu since March 6 to self-quarantine for 14 days. Kowbeidu was at a service in the church's historic chapel on March 15 but not its larger services held at Mount Pleasant Academy, a nearby elementary school.

After Gov. Henry McMaster closed schools later that Sunday, some parents and staff returned to Mount Pleasant Academy that Monday and Tuesday to collect supplies, raising concerns of possible exposure.

Mount Pleasant Mayor Will Haynie, a church member, tweeted: "My prayers will increase for my pastors. Haven’t attended last 2 weeks. No one I’ve been in proximity of has tested positive. I will self-isolate & consult with doctors Friday in abundance of caution."

Church leaders also said that a delegate to their diocesan meeting, held March 5 to 7 at All Saints Pawleys Island, tested positive for the coronavirus as well. They did not name the person, who is not a St. Andrew's member.

On March 11, church officials announced, "We will still use the full complement of chalice and paten bearers at our services," according to emails obtained by The Post and Courier. However, church officials encouraged those serving the chalice and bread for Holy Communion to wash their hands with soap and water prior to the service.

On March 12, Wood began to feel sick and sought medical care. Three days later, the church held Sunday services when Kowbeidu "passed out for a few seconds," according to Wood's email. Kowbeidu went to the emergency room and was later discharged.

On Monday, the church announced it was suspending church actives through March, citing Gov. Henry McMaster's request to limit public gatherings to no more than 100 people. McMaster later reduced that to 50.

When asked why the church didn't cancel services sooner, a spokesman noted that the ministers displaying symptoms were self-quarantined.

Due to a fire that heavily damaged the church years ago, St. Andrew's was hosting worship services at Mount Pleasant Academy's cafeteria. Last Friday, the school sent out information about the COVID-19 case to parents, stating tables were sanitized early Monday morning before take-home packets were handed out to students, according to a copy of a message obtained by The Post and Courier.

St. Andrew's was not the only congregation to host in-person gatherings over the weekend.

Several congregations proceeded with in-person worship amid the coronavirus outbreak. Many instead took safety precautions, such as disinfecting church pews, placing hand sanitizers at entrances, and adjusting "pass the peace" moments to limit person-to-person contact.

The Roman Catholic Diocese of Charleston announced Monday the cancellation of public Mass through March with an exception for funerals and weddings. Bishop Robert E. Guglielmone said in a letter to South Carolina Catholics that burial services may occur but will be celebrated privately with just immediate family present.

The Anglican Diocese of South Carolina was among many others that also suspended worship services on Monday.

“God has not given us a spirit of fear, but of power and of love and of a sound mind," Bishop Mark Lawrence wrote to parishioners.

In addition to serving as a spiritual leader, Wood is a father of four and husband. At one point in his life, he had been training for a triathlon.

On Saturday, the ministers’ conditions remained the same, a church official said.

News of Wood's hospitalization struck his congregation in the wake of a tumultuous past couple of years.

Two years ago, a large Sunday morning blaze consumed major portions of its worship space and offices. The electrical fire tore through its ministry center and left the congregation reeling.

When Wood surveyed the remains of the the ministry center that Sunday, he told The Post and Courier, “The Lord promises to bring beauty out of ashes, and we’re taking him at his word.”

Then, as the congregation rebuilt, a 22-year-old man was charged with setting a fire in January that caused little property damage but stoked traumatic memories nonetheless.

The church continued rebuilding its ministry center, which should be completed late July.