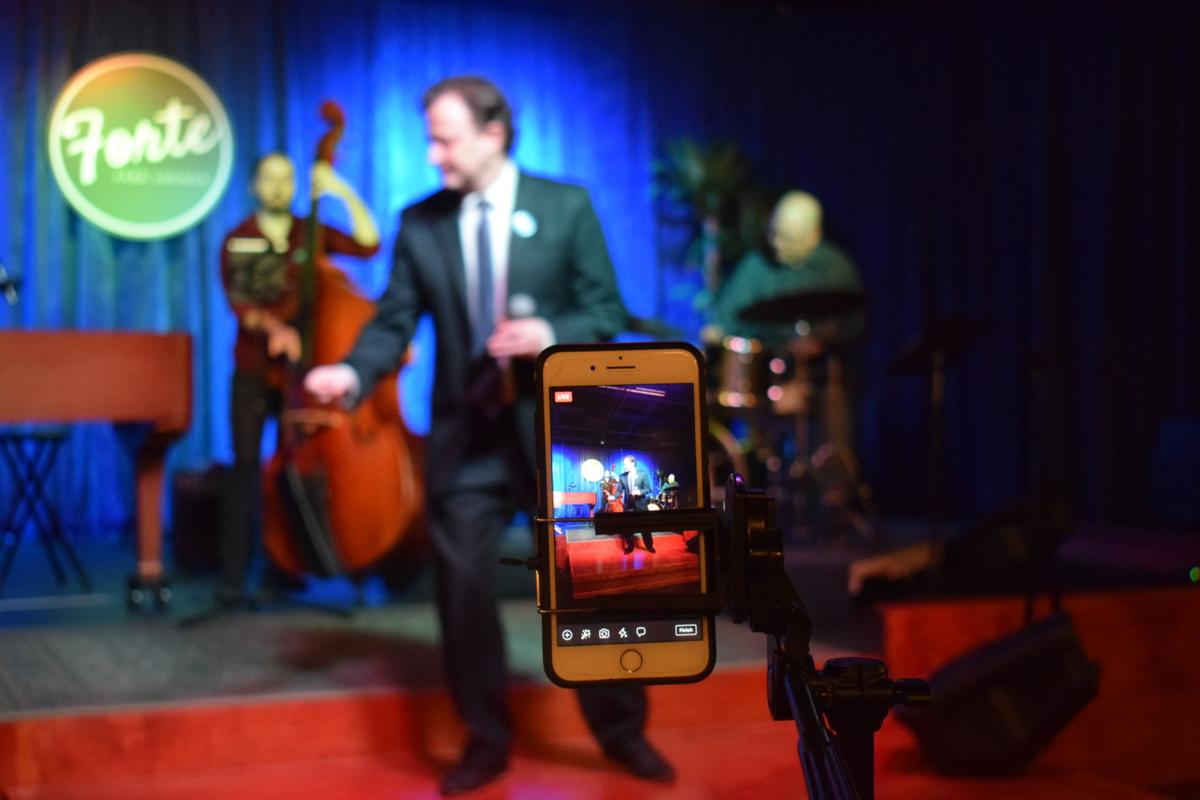 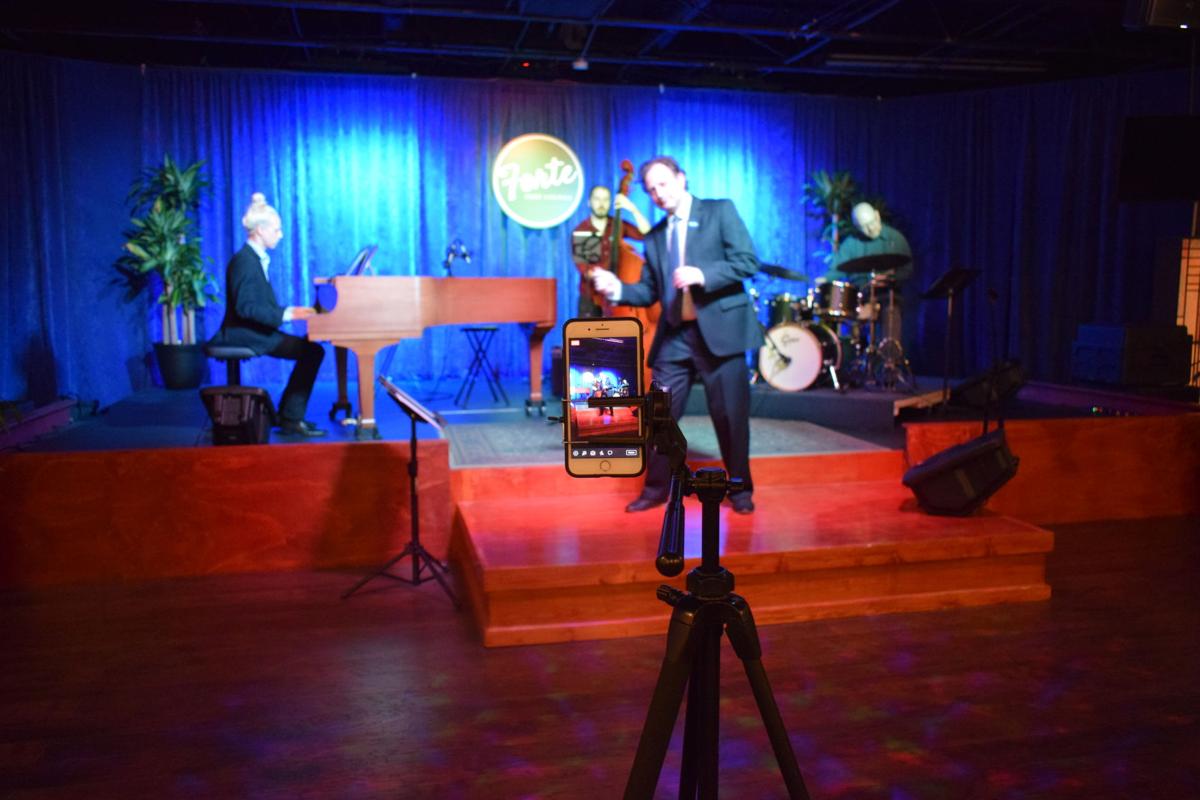 Bands are turning to the live streaming format as the coronavirus cancels concerts around the world. Provided 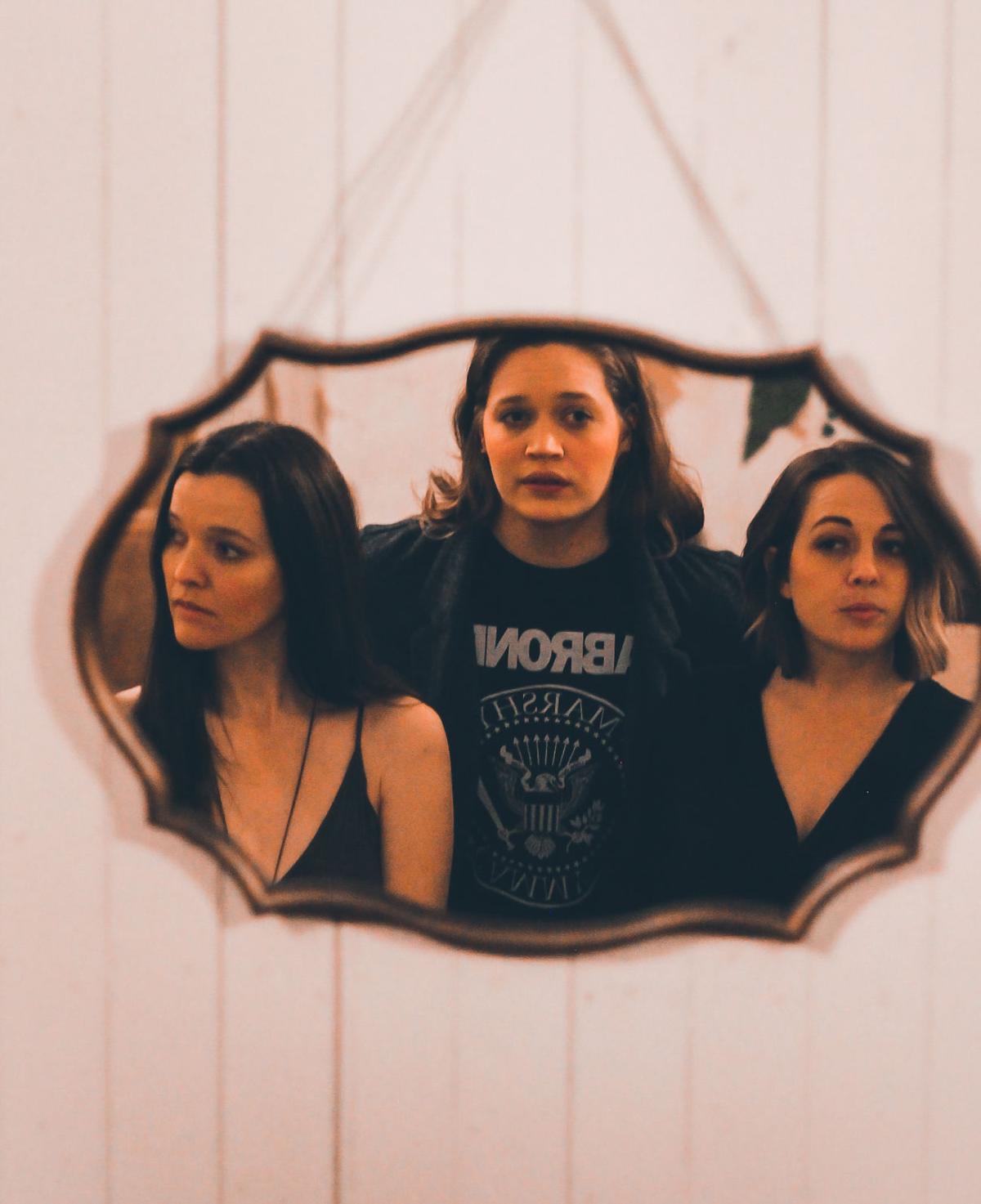 Catherine Hunsinger (left) of A La Mids and Rex Darling is part of a live stream fundraiser. Provided 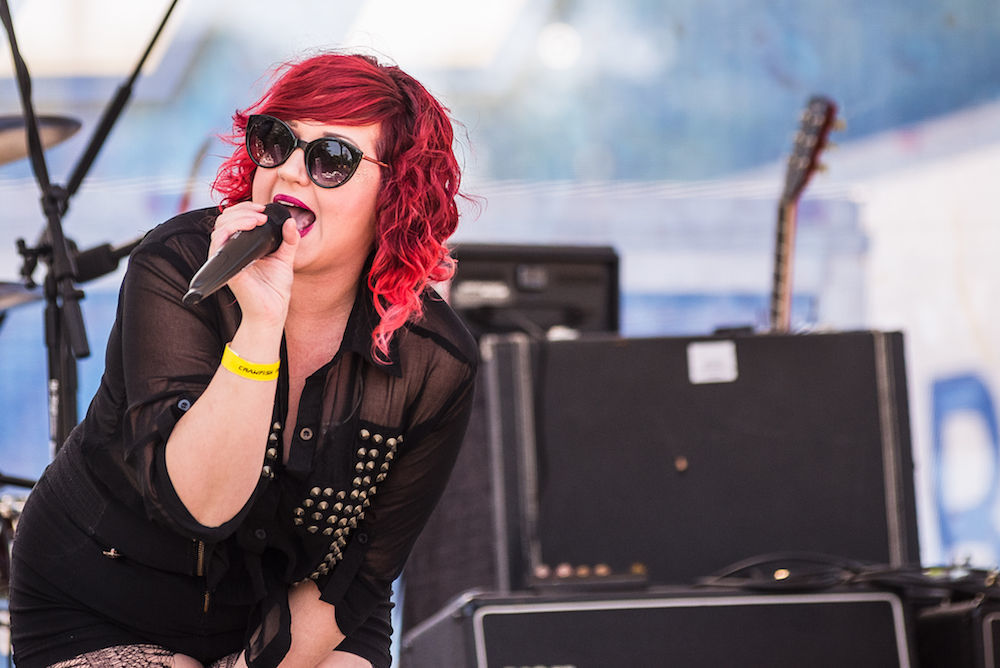 Jayna Doyle of Columbia band Glass Mansions is live streaming from Texas right now, where she went to play for SXSW. File/John A Carlos II 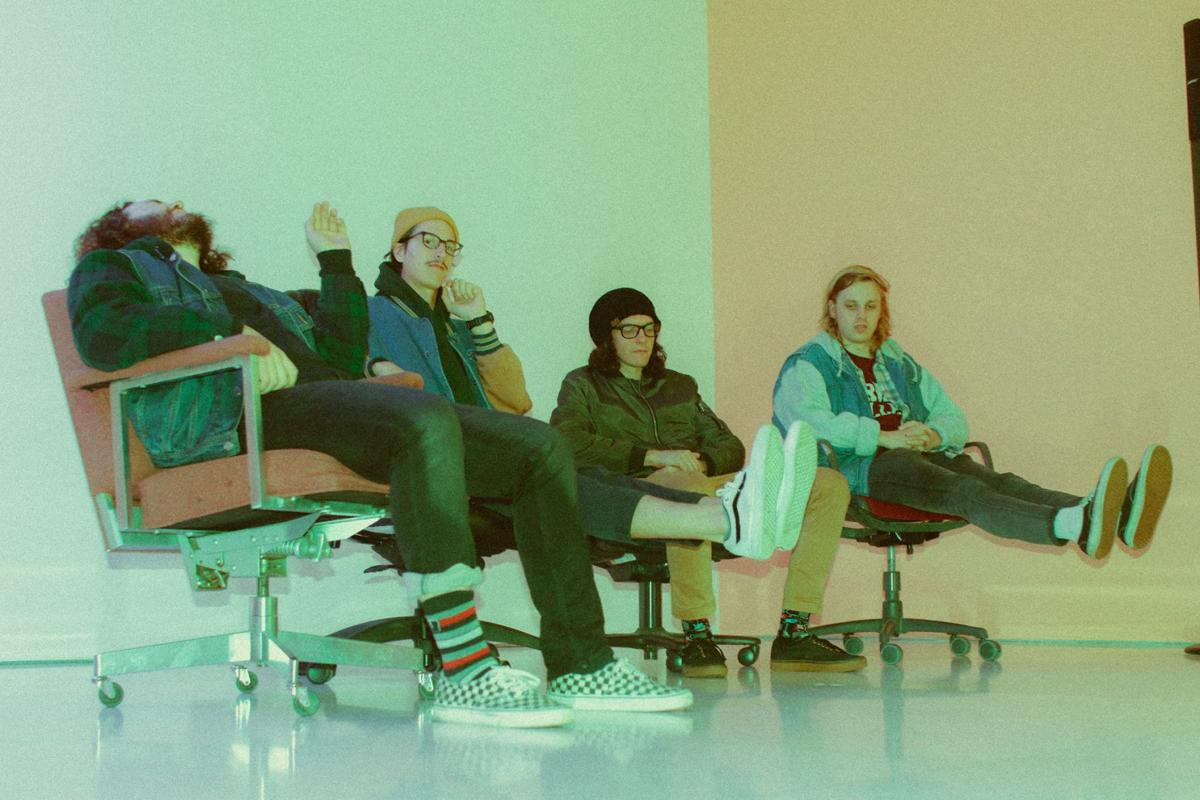 Charleston five-piece party band Whitehall will live stream a show they had planned at the Tin Roof. Provided

Coldplay and John Legend are among notable artists who have hopped on the live-stream bandwagon during the coronavirus era.

Both have taken to social media platforms to share live, free concerts with fans around the world. #TogetherAtHome was the hashtag used with Coldplay's post. It might be the closest fans will get to a live concert experience for the near future.

Since the coronavirus introduced the concept of social distancing, effectively canceling concerts and tours across the world, musicians of all tiers have been looking to the internet as a way to get their music out to fans. Some are also striving to make some money in the process, since their income for the next few months has dried up as the entertainment business grinds to a halt.

NPR Music has since compiled a list of livestreams, and other music media outlets have begun to do the same.

'Everything we do, they're telling us not to do': Coronavirus impact on Charleston entertainers

Many musicians are posting their merchandise pages, album links and donation buttons along with their videos.

South Carolina artists are among them.

Pooling together resources to make a difference

In Hilton Head, John Cranford is organizing a livestream series to help out the 150 or so full-time musicians who are out of work on the island. Each video will feature a 45-minute performance along with a pre-show interview. Cranford has artists lined up for the next 10 days, and the videos will be posted to the Coligny Theatre, Southender Magazine, Swampfire Records and participating artists' pages Facebook pages.

Cranford says he's lost $10,000 in expected revenue because of the cancellation of the St. Patrick's Day festival in Savannah, the Heritage Golf Tournament in Hilton Head and other events. He also runs a small production company on the island that handles concerts; he's out of work now.

"The biggest fear is the uncertainty of when we will be able to play again," he says. "It's dark times, for sure."

Bummerville Amphitheater, a nonprofit music organization in Summerville headed up by Fleming Moore, will be doing something similar. Moore is hosting live-stream concerts from his backyard, each featuring a different local band. The Mike Freud Band was the first to perform Thursday night, and the live-stream video is still available for late viewing on the Bummerville Ampthitheater Facebook page.

In Columbia, Lula Drake Wine Parlour closed because of the mandatory restaurant and bar shutdown. But the Parlour will be open to a handful of artists on Sunday who are live-streaming a concert to raise money for staff members now without a job.

The fundraiser livestream will take place 6 p.m. Sunday on the Lula Drake Facebook and Instagram pages. It's been dubbed "Lularoo" (like Bonnaroo, the popular summer music and arts fest that was postponed due to the coronavirus). “We’re Making Social Distancing ... Social" is the tagline. There will be an accompanying link for those who want to donate any amount.

"The only audience is you, and the bands will be at least six feet from each other as they roll through their sets," says Catherine Hunsinger, Lula Drake employee and lead singer of Rex Darling. "We’ll sanitize the equipment between bands to insure safety."

Charleston venue Forte Jazz Lounge is now livestreaming performances as well, an initiative owner Joe Clarke says he'd been working on long before the coronavirus came around. This was just a convenient time to debut the project.

He's showcasing the musicians he had booked at the club through March. Artists play 7-9 p.m., and it's livestreamed to the Facebook page. There's an option to "buy a virtual ticket" to help support bands.

"We're doing whatever it takes to get everyone through," Clarke says.

Solo artists get in on the action

Individual artists are also going at it on their own. Chris Dodson, a local performer who typically has wedding or cover band shows almost every day of the week, has had to improvise as gigs were canceled one by one.

He's been posting livestreams on his Facebook page a few times a day, with a couple of songs per video.

"I’m not doing a whole three-hour show on it like I would if I were to be paid, but I'm being creative and working on my craft by practicing," Dodson shares.

Jayna Doyle of Columbia band Glass Mansions currently is posting live-stream videos from Texas, where she traveled to perform for the SXSW music festival, which was canceled. Glass Mansions played four unofficial shows before venues began shutting down and "things got wild," she says.

"My biggest fear is that by the time we are back in South Carolina next week, the virus will be worse and food and supplies will be nonexistent in Columbia," Doyle says. "I didn’t stock up before we left for tour because the pandemic didn't exist yet."

She has since lost both of her food and bev jobs back home, and all her upcoming tour dates have been canceled.

Columbia server, DJ and musician Henry Luther is facing a similar situation. All his income has been disrupted by the virus, and though livestreaming has become popular, he isn't a big fan.

"Livestreaming just isn't the same thing, but it's all we have, so I guess we have to make it work," he says. "On a positive note, I'm going to take some of this unexpected time off and record new music."

He says the current crisis has revealed how fragile the economy is.

"You always hear that most Americans are a few missed paychecks away from homelessness, and I think this whole thing is really driving that point home," he says.

Charleston artists Scottie Frier and John Hughett are also joining in with a series they're calling "Quarantunes." They have a livestream scheduled for 8 p.m. March 23. Whitehall will be posting a livestream in lieu of the concert they had planned on March 26 at Tin Roof. There's also the "Quaran-Stream," which will feature local musicians Little Stranger, Schema, Rare Creatures, Tom Mackell and Easy Honey online from 3-11 p.m. March 26.

Even local poets are joining the live-stream platform with a virtual series called the "Poets Go Viral Tour." It will be posted on various Facebook pages, including Carolina Poets, Lowcountry Poetry and the Free Verse Poetry Festival.

"It's a bit decentralized so that anyone can do it and get the video shared for as many eyes as possible," says organizer Derek Berry.

Though not a livestream, The Post and Courier will also be hosting a video series featuring musicians, theatrical performers and other artists during the coronavirus crisis. The series is called "No Intermission" and will be on the website.