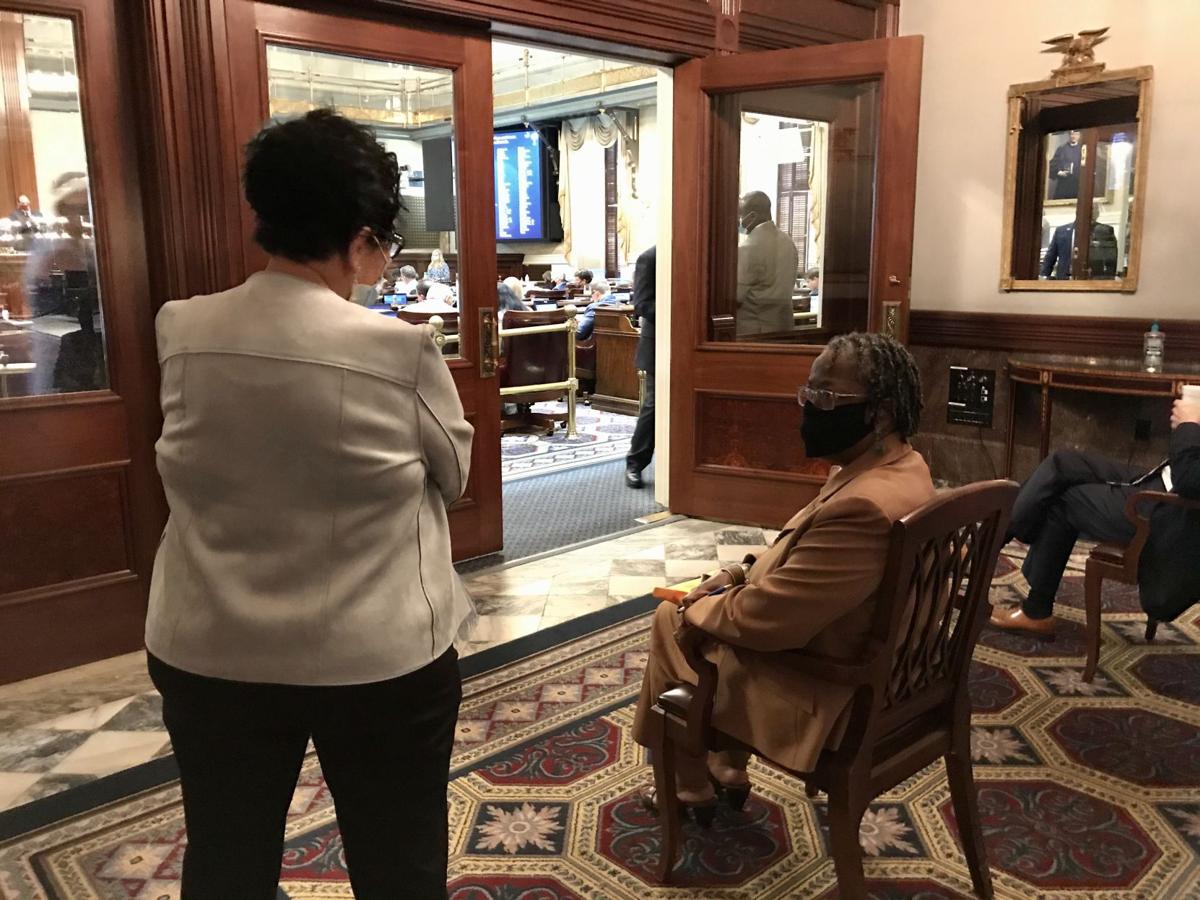 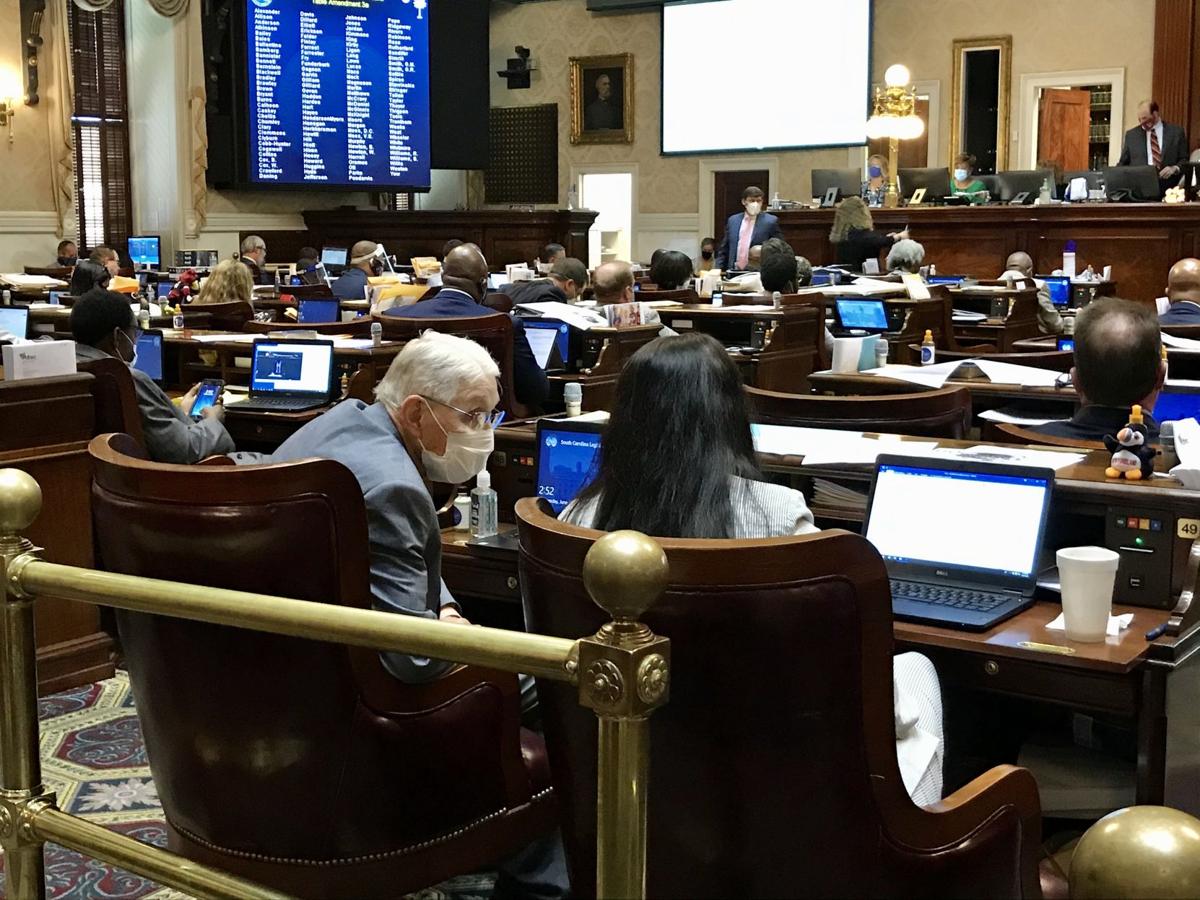 COLUMBIA — The South Carolina Legislature on Wednesday approved a bill allocating $1.2 billion that begins replenishing the state's trust fund for jobless benefits, brings students back to class early to help catch them up and starts expanding access to high-speed internet.

The House voted 109 to 2 on the spending plan, a day after the Senate approved it unanimously, and Gov. Henry McMaster signed it into law soon afterward.

Legislators insisted only they have authority to disburse money in South Carolina. But the plan largely follows recommendations by McMaster and his accelerateSC task force. One big difference is that it spends half of what accelerateSC suggested on extending broadband to rural communities — $50 million instead of $100 million.

Rep. Wendy Brawley, D-Hopkins, tried unsuccessfully to boost it back to $100 million.

The pandemic has highlighted the digital divide in South Carolina, and "now we find students in crisis," she said.

"This issue crosses all spectrums," she continued. "This is a statewide problem that only we can fix."

An estimated 150,000 students lack access to high-speed internet, which made it especially difficult for them to continue learning remotely after schools had to close in mid-March. Tens of thousands of students either haven't checked in at all with their teachers or only very sporadically, state Superintendent Molly Spearman has said.

House Ways and Means Chairman Murrell Smith argued legislative leaders want to spend more on broadband and hope to do so in September, when the Legislature is expected to allocate the rest of the money.

"We’re here in the end of June, when we thought COVID would be behind us," said the Sumter Republican. "We don’t know what the future holds for us. ... Let’s be judicious in what we do right now."

The bill provides $270 million to reimburse state agencies and local governments for money already spent. How much more they'll need this year is unclear.

Another problem with spending more on broadband now is timing, Smith said.

Under the law signed in March, money not spent by Dec. 30 reverts to federal coffers.

And South Carolina has no plan for extending broadband statewide. The bill tasks the Office of Regulatory Staff with hiring a contractor to figure out how. The state's utility oversight agency also must buy at least 100,000 mobile hotspots that can be sent home with students so they can do their classwork online should schools shut down again before the plan becomes reality.

"We've got to develop a plan, ladies and gentlemen," Smith said. "We need to put somebody in charge of this."

The bill provides $210.7 million to bring back elementary and middle school students ahead of the scheduled start of classes in August.

The money covers five additional days tacked on to the beginning of the school year for 4-year-old kindergartners through eighth graders. It also funds four weeks of intensive help this summer in reading and math for an estimated 25,000 kindergarten through third-graders believed to be the furthest behind.

But the state will cover the cost only for face-to-face instruction. Districts that opt for more online learning over the summer must fund it themselves.

That caveat is partly due to insistence by state Sen. Vincent Sheheen, D-Camden.

Survey: SC schools should open for face-to-face learning, with safety as a top priority

"We have to get our students back in front of a teacher as soon as we possibly can," he said during a recent Senate Finance Committee meeting.

"The education crisis for our students is just as dangerous, if not more so, than the economic crisis facing our businesses. But this crisis could affect a lifetime for our students if we don’t act now," he continued. "I’m not interested in allocating this money for internet summer schools."

Legislators sent the largest chunk of the money, $500 million, toward replenishing the state's trust fund for paying jobless benefits, which is being depleted with record layoffs amid the pandemic.

South Carolina's unemployment fund had more than $1.1 billion in it before COVID-19 forced waves of closures across the nation. It's expected to drop to $400 million by the end of the year. Advocates of the idea contend it's a way to help all businesses, so they're not saddled with paying higher taxes to rebuild the account for layoffs out of their control, just as they're trying to recover.

Rep. Gilda Cobb-Hunter, D-Orangeburg, told her colleagues they must do something during September's special session to help low-wage workers who had to keep working amid the pandemic.

"I'm all for replenishing the (unemployment) fund. We've talked about the need for that fund to be flush, but I want us to be prepared for a very serious discussion about working people — the ones we've said are essential, but, as some of them have said to me, we've got the wrong 'e.' They feel they are expendable, and that's a problem," said Cobb-Hunter, who's fought unsuccessfully for years to increase the minimum wage and substantially increase state employees' pay.

"When we come back in September, we need to take the blinders off and decide we are going to do something for these essential workers."

How the Legislature is spending $1.2 billion

The Legislature approved allocating more than 60 percent of the $1.9 billion the federal CARES Act sent to South Carolina to reimburse state and local governments for COVID-19 expenses:

• $210.7 million for four weeks of face-to-face summer school for K-3rd graders and five additional days at the beginning of the school year for 4K-8th graders

• $50 million to create a statewide plan for high-speed internet, start expanding access to communities without, and buy at least 100,000 mobile hotspots in the interim for students without access

• $42.4 million to the state's public health agency for additional COVID-19 testing and monitoring