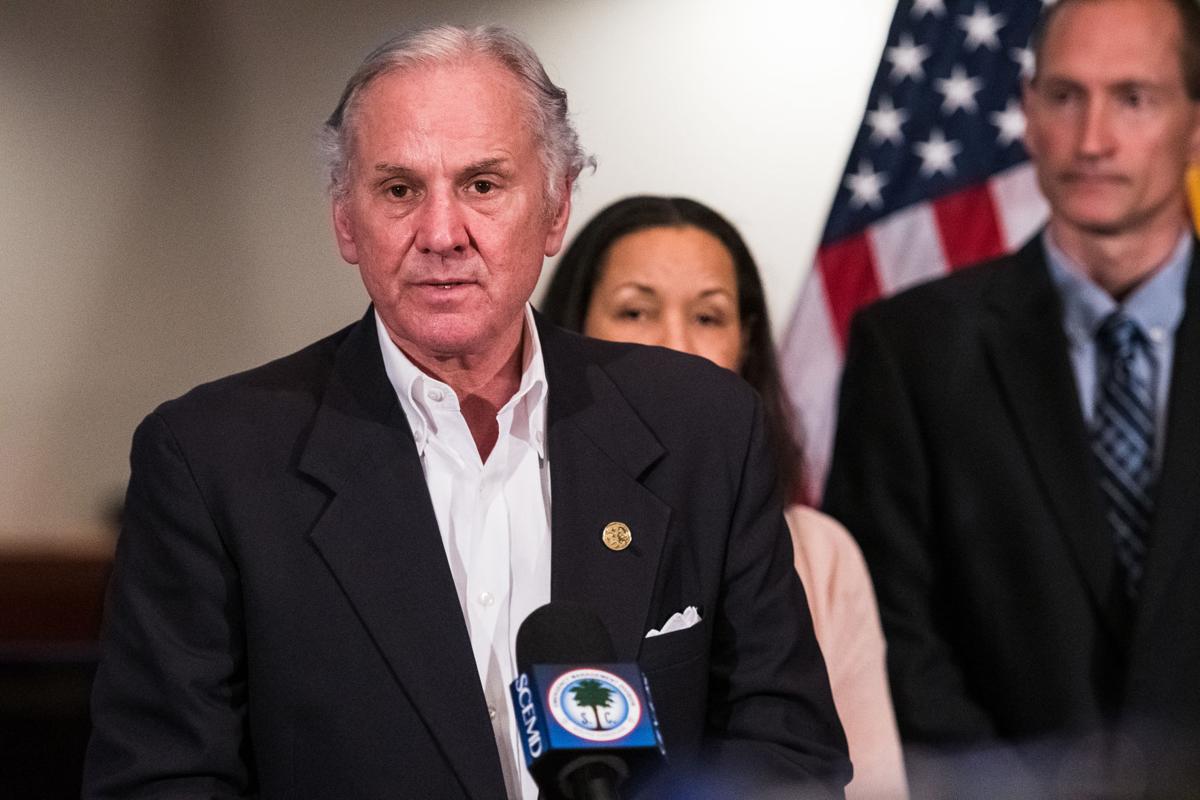 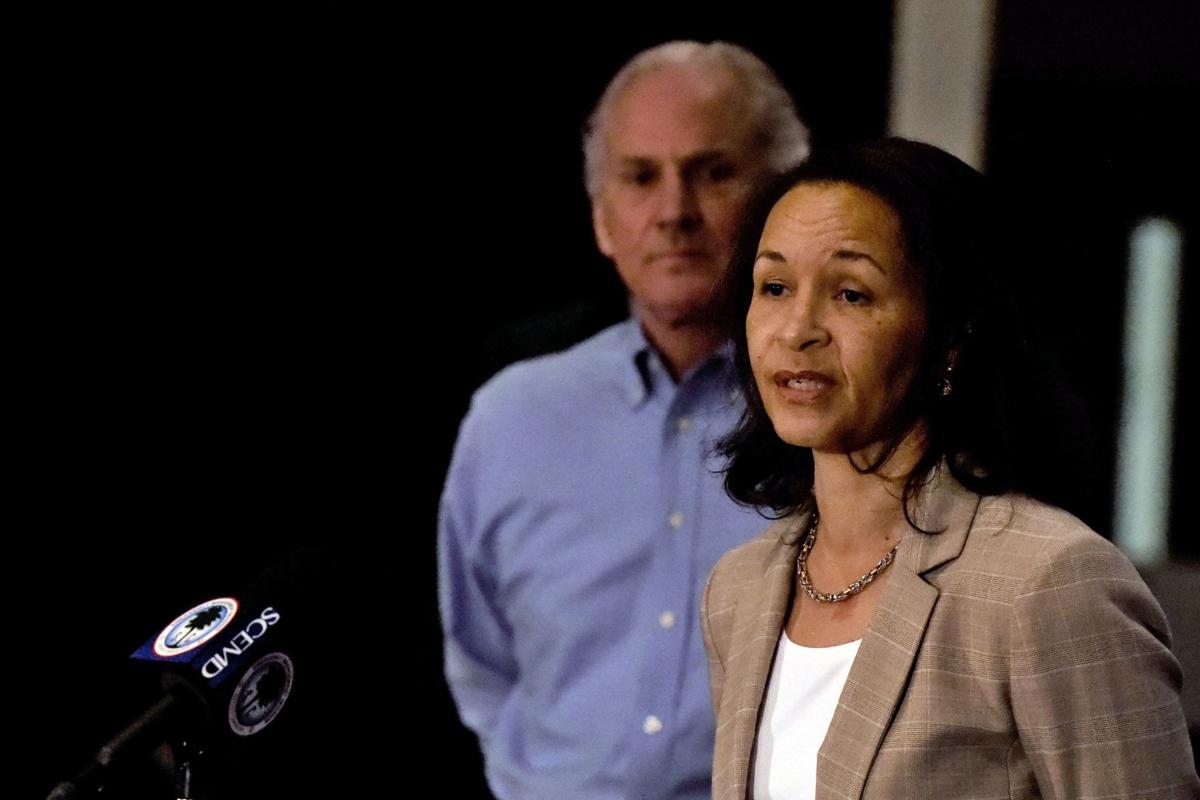 COLUMBIA — South Carolina issued a stay-at-home order on Monday, the last state east of the Mississippi River to tell residents they must limit their travel during the coronavirus outbreak.

The number of stricken South Carolinians is expected to quadruple to more than 8,000 over the next month, according to forecasts by the S.C. Department of Health and Environmental Control. About 3,500 will need hospitalization, S.C. Adjutant General Van McCarty said.

While he encouraged South Carolinians to avoid unnecessary travel and issued several orders limiting nonessential activity, McMaster has resisted calls that threaten legal action against people for not staying in their houses.

The governor felt like he lacked the constitutional authority, McMaster chief of staff Trey Walker told The Post and Courier last week. Plus, DHEC leaders had not requested a stay-at-home order.

But pressure mounted as more states issued stay-at-home orders, which reached 41 before South Carolina's order. Then, over the weekend, some South Carolinians were still gathering at parks and flocking to stores — a month after the first coronavirus cases were reported in the Palmetto State.

That, along with a growing number of COVID-19 cases statewide, led DHEC leaders to ask the governor for a stay-at-home order, McMaster spokesman Brian Symmes said. The governor agreed and issued the order that takes effect at 5 p.m. Tuesday.

The governor called his order "work or home" so that residents concentrate on being at essential places. His order does not prevent trips to supermarkets, big-box stores or hospitals, but he suggests combining trips or making stops while commuting to work.

Three of South Carolina's four largest cities — Charleston, Columbia and Mount Pleasant — have issued stay-at-home orders. The statewide order will supersede them. Violators face a $100 fine or 30 days in jail.

The governor said he has worked to balance public health while preserving the state's economy. He already issued orders closing a number of businesses considered nonessential, including gyms, nail salons and jewelry stores.

McMaster said he expects the total number of South Carolinians filing for unemployment benefits to double to 200,000 this week.

Ahead of the year's holiest Christian holiday, McMaster did not ask churches across the state to halt live Easter services on Sunday. He encouraged churches to video-stream Easter worship, but, if they must hold live services, he asked they hold them outdoors or allow for social distancing inside sanctuaries.

The number of S.C. coronavirus cases has reached 2,232, doubling in less than a week. More than 180 new cases were announced Monday. Deaths reached 48, with another four revealed Monday.

Still, in an effort to stop the spread of coronavirus, the governor ordered stores to limit shoppers to either 20 percent of capacity or five people per 1,000 square feet, whichever is less. Once a store reaches maximum capacity, a shopper cannot enter until another one leaves.

Walmart has adopted similar restrictions at stores nationwide. The new order comes as shoppers filled parking lots of home-improvement centers across the state this past weekend.

Before Monday, McMaster had issued 13 executive orders that have stopped many activities across the state.

His orders shut off eating inside restaurants, shopping at department stores, getting haircuts, using public beach or river accesses, attending school classes in person or visiting prisoners. His orders also allow police to break up gatherings of three or more people and bar New Yorkers from getting a hotel room.

Among the 42 governors who have now ordered their states’ residents to stay at home, McMaster was among the slowest to issue the mandate.

As coronavirus spreads, the country slowed down, but less so in SC

Residents of 36 states were ordered to stay home before their states had that many cases. More than half of the nation’s governors took that step before their states topped 1,000 coronavirus diagnoses, according to a Post and Courier analysis of data compiled by the COVID Tracking Project.

McMaster’s delay is more striking when each state’s population is taken into account.

When his order was announced Monday, South Carolina had 43 confirmed coronavirus infections for every 100,000 residents. Nearly every governor who has issued a stay-at-home order announced their decision when their states had lower rates of infection, including hot spots Louisiana, Michigan and New York.

Accounting for population, only two states were slower to issue orders: Georgia and Pennsylvania.

South Carolina officials on Monday also unveiled a plan to have the National Guard set up auxiliary medical units outside hospitals and reopen closed rural hospitals to help with the expected surge in COVID-19 patients.

The state’s three-tiered response plan for the anticipated surge of COVID-19 patients involves adding 3,000 available beds to hospitals statewide by May 5, when the peak could hit South Carolina. Half of those beds should be available by April 28, McCarty said. The state has about 6,000 empty beds available as of Monday.

The three tiers for level of care range from “self-care facilities” — where people need to be isolated but are not sick enough to need hospitalization — and full-service hospitals for both COVID-19 patients and others needing intensive care, said Dr. Eric Ossmann, vice chair of operations in Prisma Health’s department of emergency medicine.

The mid-level for handling the COVID-19 surge could involve opening facilities in coliseums and arenas, creating tent hospitals and opening rural hospitals in Winnsboro and Bennettsville that have closed in the last few years.

No decisions have been made regarding those shuttered hospitals, McCarty said. He also did not identify any coliseum or arena, but said 18 facilities have been assessed, and the Army Corps of Engineers would need to examine what would be needed to make them compliant, to include restrooms, disability access and emergency backup power.

Thad Moore and Seanna Adcox contributed to this report.