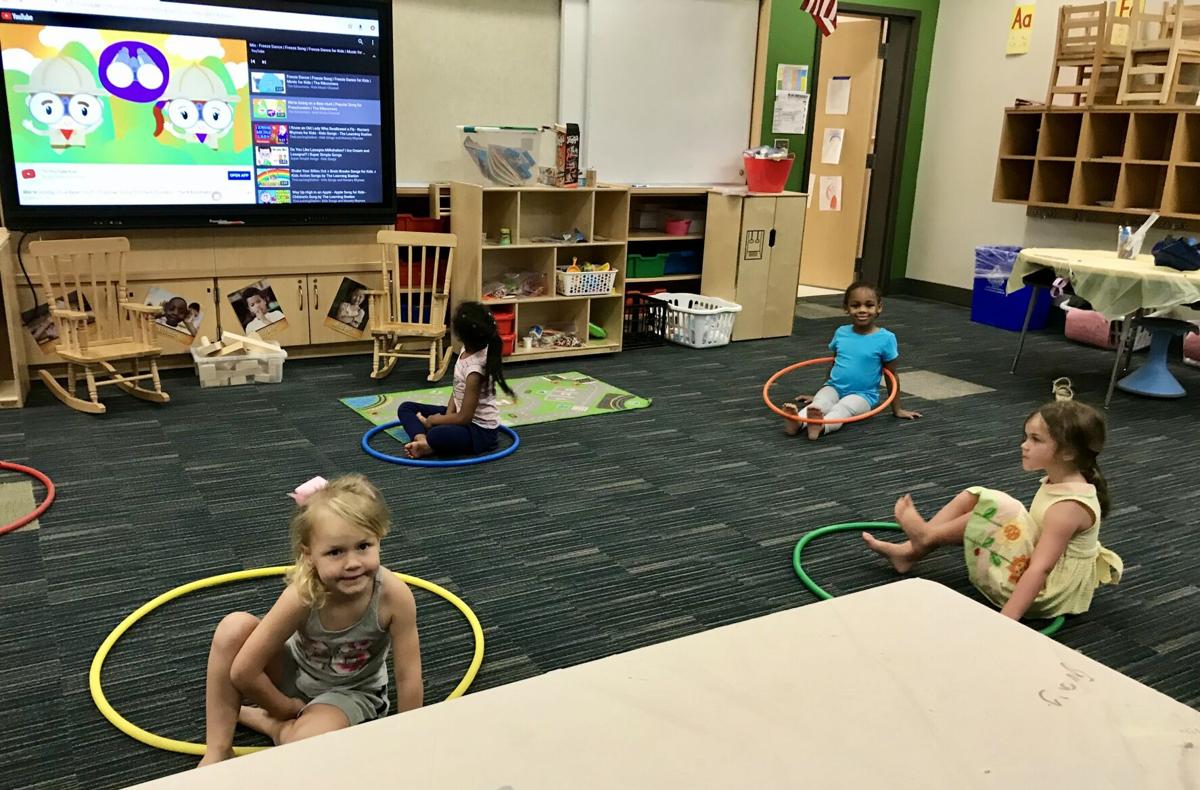 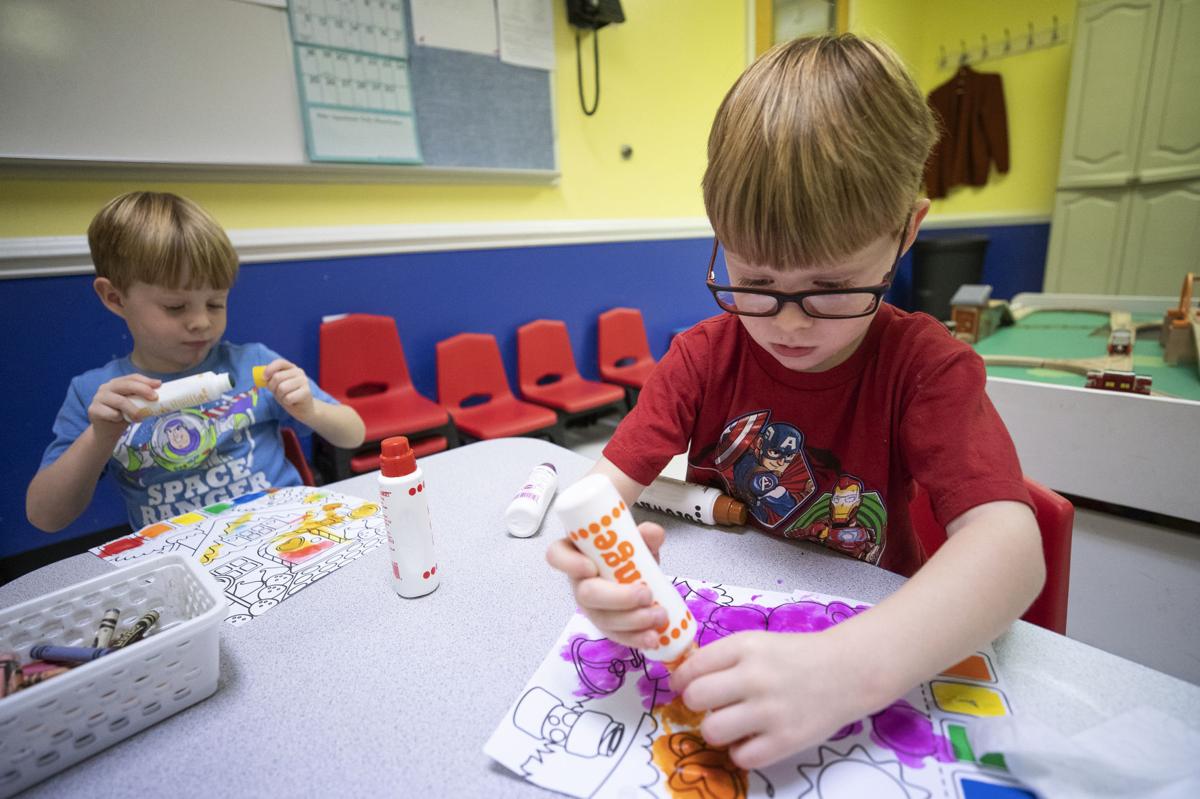 Many child care service providers have continued to operate throughout the pandemic, even as COVID-19 cases climbed. Experts say school districts could glean valuable information from their success. File/Lauren Petracca/Staff

As school districts across South Carolina grapple with how to safely reopen classrooms this fall, some educators are looking to the state's child care centers for guidance.

While more than 45 percent of the state's licensed child care operators were forced to close this spring as a result of the coronavirus pandemic, hundreds of centers decided to keep their doors open throughout the summer, even as COVID-19 cases climbed.

Many of these programs have been able to contain the spread of the virus without any major outbreaks, giving some families hope for a successful in-person school reopening this fall.

Experts credit the success of some essential child care operations this summer to a handful of factors: rigorous sanitation, keeping class sizes down and frequent temperature checks and screening measures. An added benefit: Research has also shown that younger children, especially those who are under 10 years old, are less likely to catch and spread the virus than adults.

Some child care facilities said they had no other choice but to stay open.

“We have a lot of single parents, and they are sole providers. It was just no way for us to just close and quit on them,” said Lashondia Wright, the director of Wright Way Child Development Center.

Workers returning to jobs in SC need child care, but that industry is struggling too

The center has continued to operate throughout the spring and summer without closing, and it hasn’t seen any confirmed COVID-19 cases in students or staff so far.

Wright Way is located in a small town in Orangeburg County, a region of the Midlands that has become one of the state's hot spots. Wright said she feels thankful and blessed that her center, which normally serves about 100 students, hasn’t been personally impacted by the virus.

But she said it's no accident there haven't been any positive cases.

Students' temperatures are taken three times each day, and employees disinfect classroom spaces four or five times daily. Only staff and students are allowed inside the building. Meals are served in the classroom, and children over 2 years old wear masks.

"It’s a lot of fear surrounding the virus, but education is key," she said.

All of these centers operated throughout the summer without any widespread outbreaks, Mjartan said, thanks to added layers of health and safety protocol, such as mask wearing, rigorous hygiene education and lots of hand washing.

Occasionally, a center would need to close a classroom temporarily to prevent the spread of the virus, she said, but overall the centers had wide success.

“Child care really knows how to do health and safety and socialization,” Mjartan said. “Sure, we've learned a lot from public ed about education, but this is a time where public ed can learn a lot from the licensed regulated child care world.”

One of the major steps Mjartan credits with keeping the spread of the virus at a minimum in these centers is establishing “cohorts” or “pods” that students remain in throughout the day.

Keeping students in the same small groups every day is helpful for limiting exposure and conducting contract tracing if there is a confirmed case, she said.

Dr. Elizabeth Mack is the director of pediatric critical care at the Medical University of South Carolina. Mack said she and her colleagues refer to younger children during the pandemic as viral dead ends. The chances of them getting sick are lower.

When it comes to day cares during the summer, Mack advises schools to look at how the YMCA handled their child care facilities across the U.S. They watched around 40,000 children of essential workers between the ages of 1 and 14 over the summer.

While there were isolated cases of the coronavirus, the facilities didn’t experience any outbreaks. Mack believes that the children’s young ages played a role. But she also said the precautions taken by the YMCA was likely the biggest factor.

“They got resourceful with the space that they use,” she said.

They reimagined games to stop children from touching each other. Children were organized into small groups that were overseen by a single adult with a mask and gloves. Children were also given their own individual supplies that were routinely disinfected.

During the three-month program, the school district saw zero COVID-19 cases among students and four cases among staff members, said Heather Studer, program officer for the department of expanded learning at CCSD.

“Luckily we followed all the procedures. They were wearing masks, cleaning surfaces frequently and they weren't within 6 feet of each other for longer than 15 minutes,” she said. Typically, no more than six children were housed in the same room at one time.

As a result, the center never needed to close down any classrooms or ask students to quarantine.

“I'm optimistic. It gives me hope,” she said.

Unfortunately, some protocols that have been implemented at child care operations might not be practical or feasible at the school level.

For example, having groups of students stay in one classroom all day while teachers rotate through isn’t possible in a high school setting, said Sherry East, president of the S.C. Education Association.

“That just won’t work for high schools. I’m not even sure how much for middle school it would work,” East said.

Plus, child care centers typically operate on a much smaller level than the state’s public schools, some of which house 3,000 or 4,000 students.

Reducing class sizes to 10 students or fewer would also be impossible unless schools implement some form of hybrid schedule, she said.

Day cares are also able to create more of a controlled environment, East said, especially since students are often dropped off and picked up by their parents each day and don’t need to ride a school bus where they’re surrounded by dozens of other students.

“It’s such a big experiment,” East said of schools reopening this fall. “I would hate to think that people could die or have an everlasting condition because of a careless opening.”

Additional safety protocols can also be costly and time-consuming, a possible barrier for school districts with already-tight budgets, she said. For example, most schools don't have the capability to take students' temperatures three times a day.

With reopening schools, Mack said the decisions have to be based on science and they have to be flexible. What the pandemic looks like at the beginning of the school year will likely look different toward the end.

A teacher at a large school getting sick versus a teacher at a daycare getting sick is going to have a different impact. So similar to a professional office, schools and health officials should come up with steps on what to do if coronavirus cases appear in a classroom.

Some additional things she said schools should consider is swapping teachers instead of having students change classes. They can also cut off trips to lockers or separate students into cohorts to prevent less bodies moving in the hallways.

In general, Mack said there was a strong focus on prevention of the virus spread at child care centers this summer. That’s the one lesson that can be taken from that outcome, she said.

Child care availability is vital for a lot of parents in the area, and many would lose their jobs without it. The Charleston area community has the capability to reenter schools, but there needs to be improvements in the local COVID-19 numbers, Mack said.

“Our adult behavior will determine the trajectory of the pandemic,” she said.

Jerrel Floyd contributed to this report.

Letters to the Editor: SC is facing a child care crisis

I’m sounding the alarm. We’re amid a child care crisis that will have long-term effects on the vitality of our community and economy.