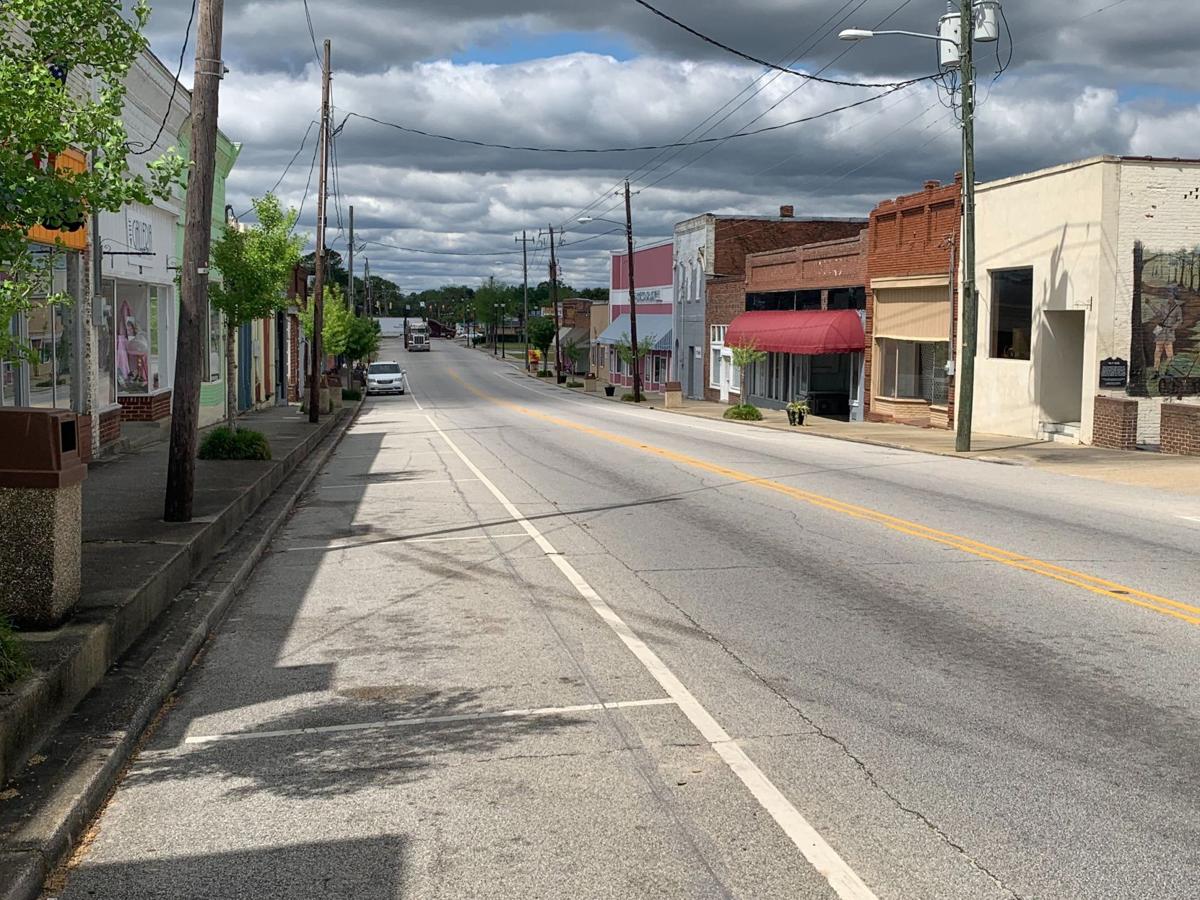 Most of the businesses on Summerton's Main Street have closed or reduced their hours of operation because of the coronavirus outbreak. Clarendon County has become a hotspot for the virus, but no one knows why. Avery Wilks. 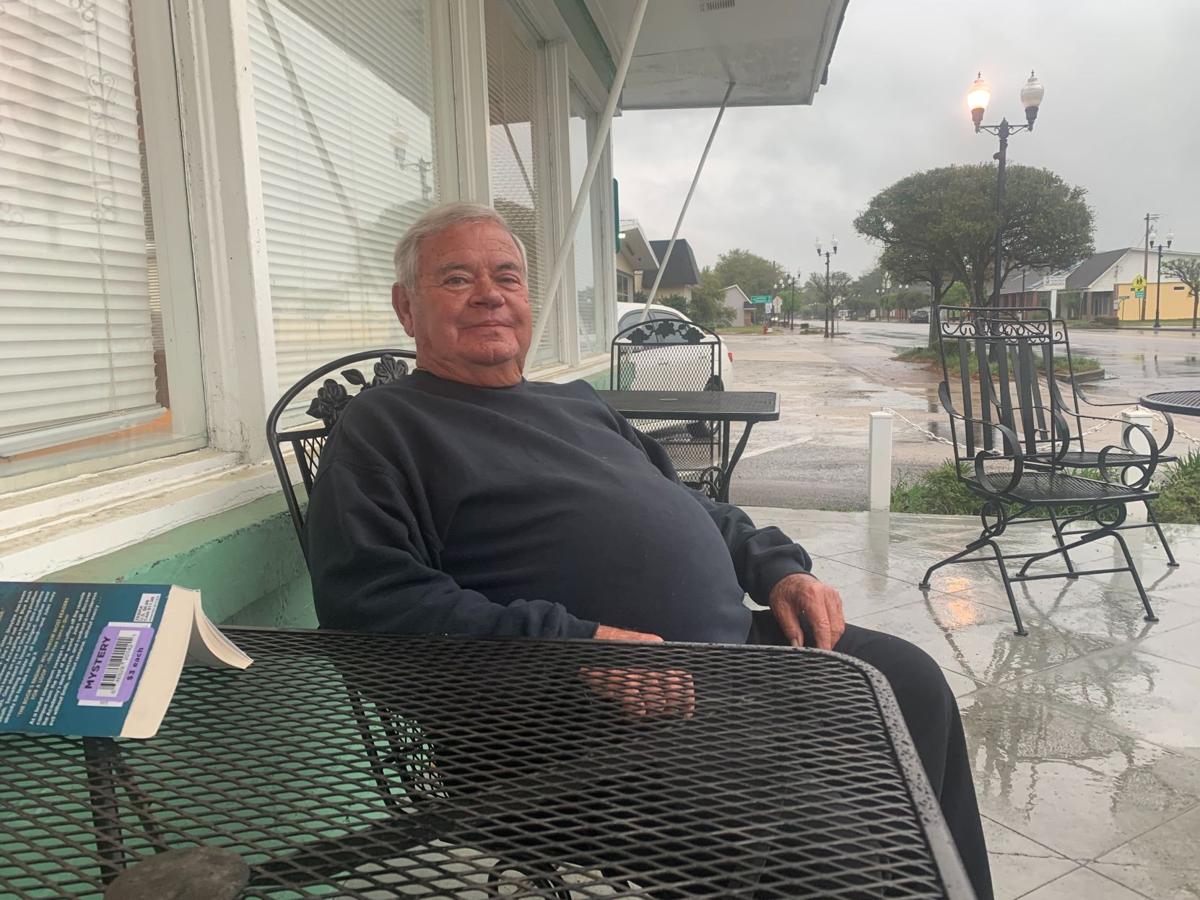 Bernard Blackman owns the Chat N' Chew restaurant in downtown Turbeville. It only offers takeout now and has lost business because of the coronavirus outbreak. Clarendon County has unexpectedly become a hotbed for coronavirus cases. 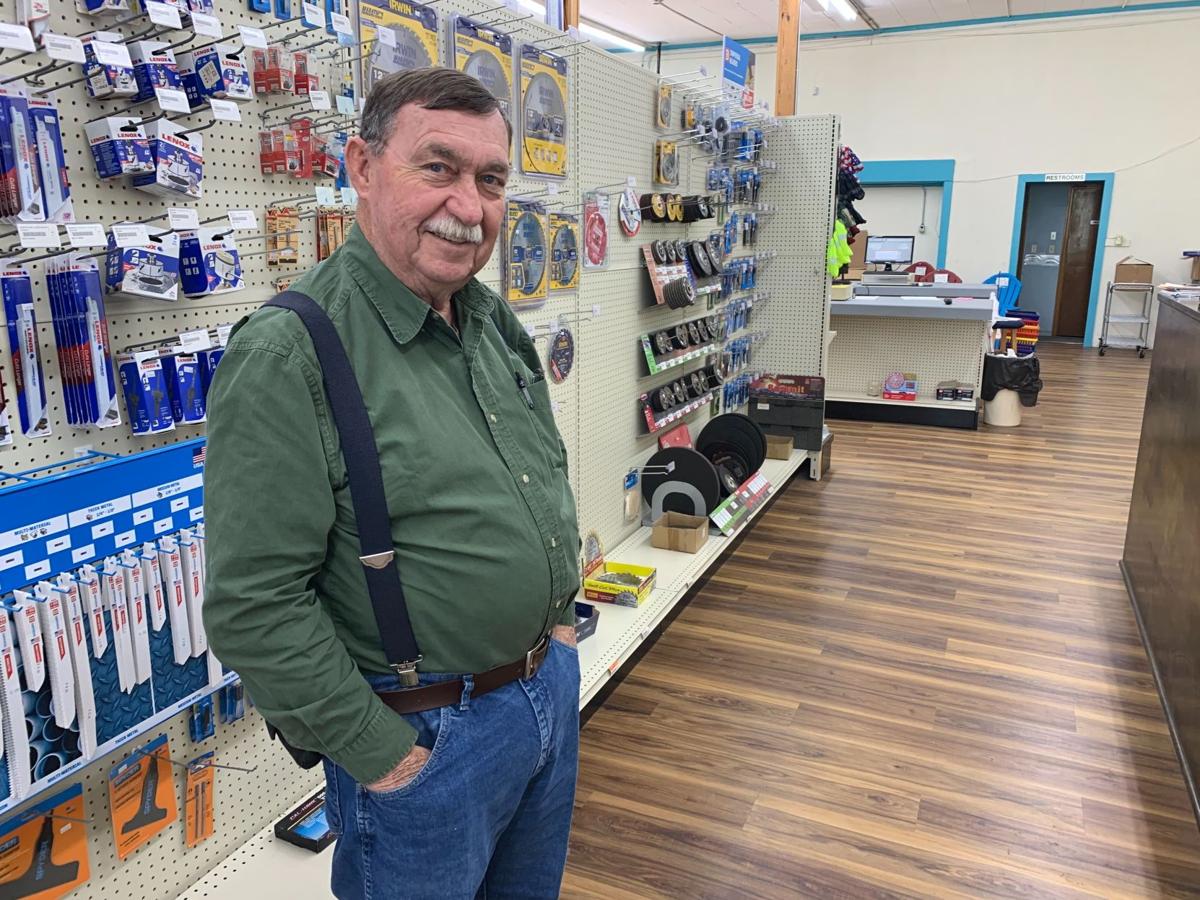 Charlie Broadway is keeping his Summerton Hardware store open despite the coronavirus outbreak. He said a steady stream of customers has come through, looking for supplies to make home repairs while they are cooped up at the house. Clarendon County has unexpectedly become a hotbed for coronavirus cases.

CLARENDON — It was nearly supper time in Turbeville, but the owner of Chat N’ Chew on Main Street was leaning back in a patio chair outside the empty restaurant, reading a paperback book.

Occasionally, one of the town’s 800 residents would stop by to pick up dinner from a takeout window. But not often.

Bernard Blackman, the restaurant’s owner for the past 12 years, is losing money to keep the restaurant open during a coronavirus outbreak that has led other businesses to reduce hours or close. But the 69 year old doesn’t want to lay off his staffers.

“Good employees are hard to find,” he says.

The rural county, situated about 60 miles southeast of Columbia, has unexpectedly become a hotbed of coronavirus cases.

About one in every 1,200 residents has contracted the infectious disease, and one has died. Only Kershaw County has a higher rate of known transmission, one in 565.

Twenty-one of the county's 28 cases have been announced over the past four days.

No one knows why. Local theories point the finger at funeral gatherings, churches that continue to meet, kids playing basketball at local parks and out-of-state Interstate 95 travelers stopping at Clarendon County exits for gas or fast food.

But local officials said they can’t pinpoint a reason because state public health officials haven’t told them where cases are. They can’t tell if the virus, which causes respiratory issues, is clustered in specific neighborhoods or spread across a sparsely populated county that covers more than 600 square miles.

All the while, they have been shocked at the virus' rapid spread in a county peppered by tiny towns that are connected by two-lane roads and telephone lines. County officials expected the number of cases to hit double digits at some point. They did not expect 28 cases by April 1.

“When you look at the number of cases we’ve got, obviously something is going on somewhere,” Clarendon County Administrator David Epperson told the Post and Courier. “But that’s what’s frustrating for us. We can’t narrow it down.”

Local leaders say most residents are listening to weeks-old advice to stay home and wash their hands frequently. But it has been frustrating for them to see other residents ignore that guidance as cases spike.

Baxley said his office discouraged both events but didn't have the legal authority at the time to prevent them from happening. Deputies did disperse the go-kart event after a fight was reported there, he said.

“People wanted to get out of the house," Baxley said.

Some locals, especially teenagers and young adults, think the coronavirus threat “has been exaggerated,” even as the state nears 1,300 known cases, Manning Mayor Julia Nelson said.

“They think they are immune” to a sickness that has killed 26 South Carolinians, she said. “Some people are taking this as a vacation. I just know that’s going to have bad consequences.”

But as cases have soared and public officials have issued stronger directives against gathering in groups, life has started to slow down this week in towns like Manning, Summerton, Paxville and Turbeville.

A month of infection: How SC grew from no coronavirus cases to 1,000 in under 30 days

Main streets are sparsely populated. Cars are parked in home driveways in the middle of the weekday.

Dollar stores and gas stations have closed their bathrooms to the public, citing a lack of supplies.

Signs taped to the Turbeville IGA’s restroom doors warned customers to keep their distance from each other. The soap dispenser in the men’s room had run dry from overuse.

The Piggly Wiggly in Manning limited customers to two rolls of paper towels each, hoping the preserve the two dozen left on the shelves Tuesday afternoon.

Business has been slower than usual at the Short Trip gas station in the one-stoplight town of Paxville, cashier Ann Edwards said. Some customers have come in wearing gloves or masks and ask why she isn’t doing the same. The 48 year old said she uses hand sanitizer after every transaction.

Mom-and-pop restaurants have been hit hardest, even after the county suspended its hospitality and accommodations taxes to help them. They have closed or transitioned to takeout only, like the Chat N’ Chew in Turbeville.

Most government offices, working with skeleton staffs, have closed public buildings while local politicians use social media channels to relay the latest guidance from health officials.

The Clarendon County Sheriff’s Department is working at full capacity, but it takes the temperature of every person who enters the office, Baxley said. Anyone running a fever has to leave the building, Baxley said. They can file a police report over the phone, if necessary.

“You don’t send 10 people up to take care of a person anymore,” the Manning Democrat said. “You send one person up to evaluate and see if you need those other nine people. It’s a layered response rather than a mass response now.”

The Clarendon County Library in Manning also has been closed. Director Charlotte Johnston said a number of county residents have requested temporary library cards to access online materials, such as audiobooks and online tutoring programs.

“We miss seeing our patrons, and we look forward to seeing them when they come back,” she said.

But not everyone has felt the crunch.

Grocery and convenience store parking lots are full as customers stock up on meat and paper towels.

And Summerton Hardware, at the end of the town’s Main Street, has welcomed a steady stream of customers looking for supplies to catch up on home repairs while they are stuck at the house.

The owner, Charlie Broadway, said he isn’t concerned about the virus, saying the flu and traffic accidents will cause far more deaths this year. He plans to host a party at the store Saturday, handing out hot dogs and door prizes to celebrate the business' one-year anniversary in Summerton.

“People are concerned, and they’re taking precautions,” Broadway said, “but they’re not sitting at home waiting on the death knell to come.”