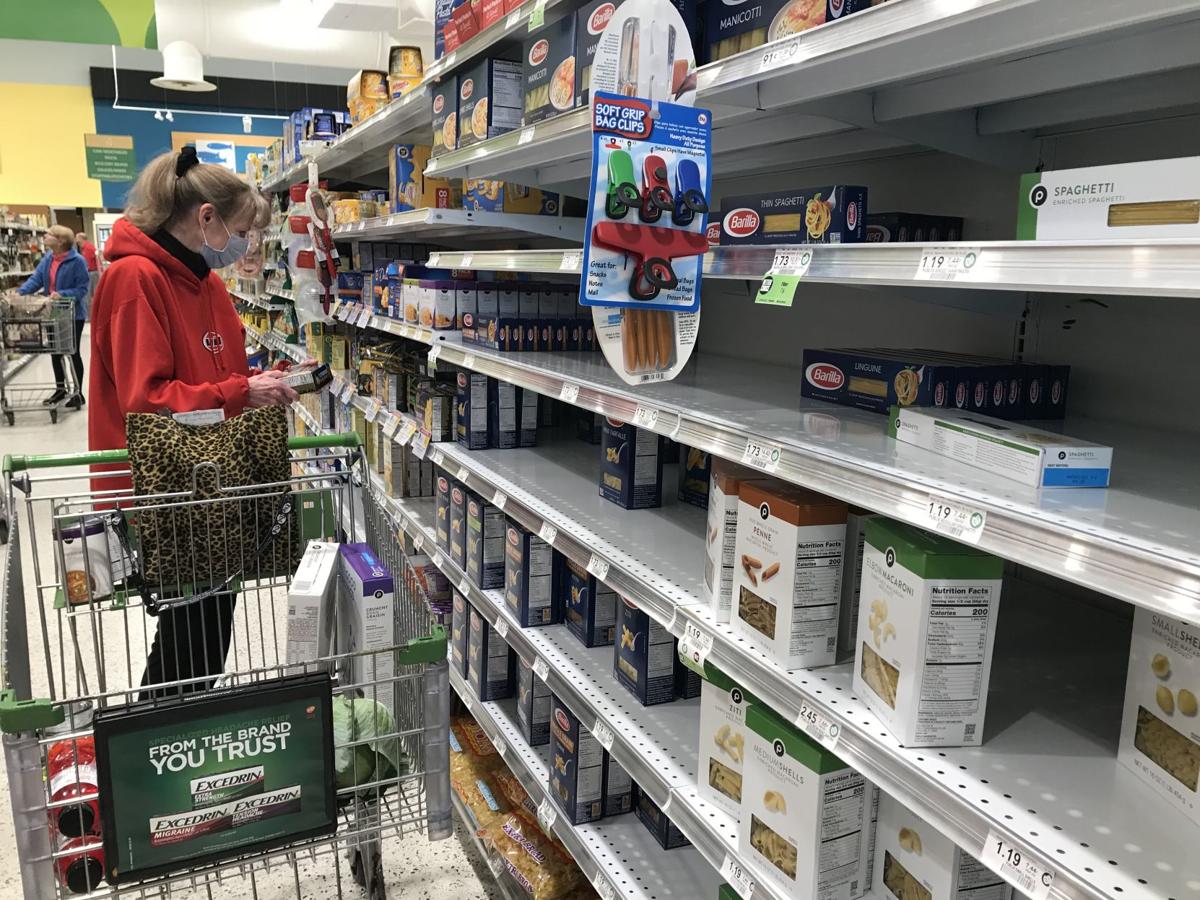 Jeni Massenburg wears a mask "as a precaution," she said, while shopping for pasta Monday in Publix supermarket near her home in Mount Pleasant. Warren L. Wise/Staff 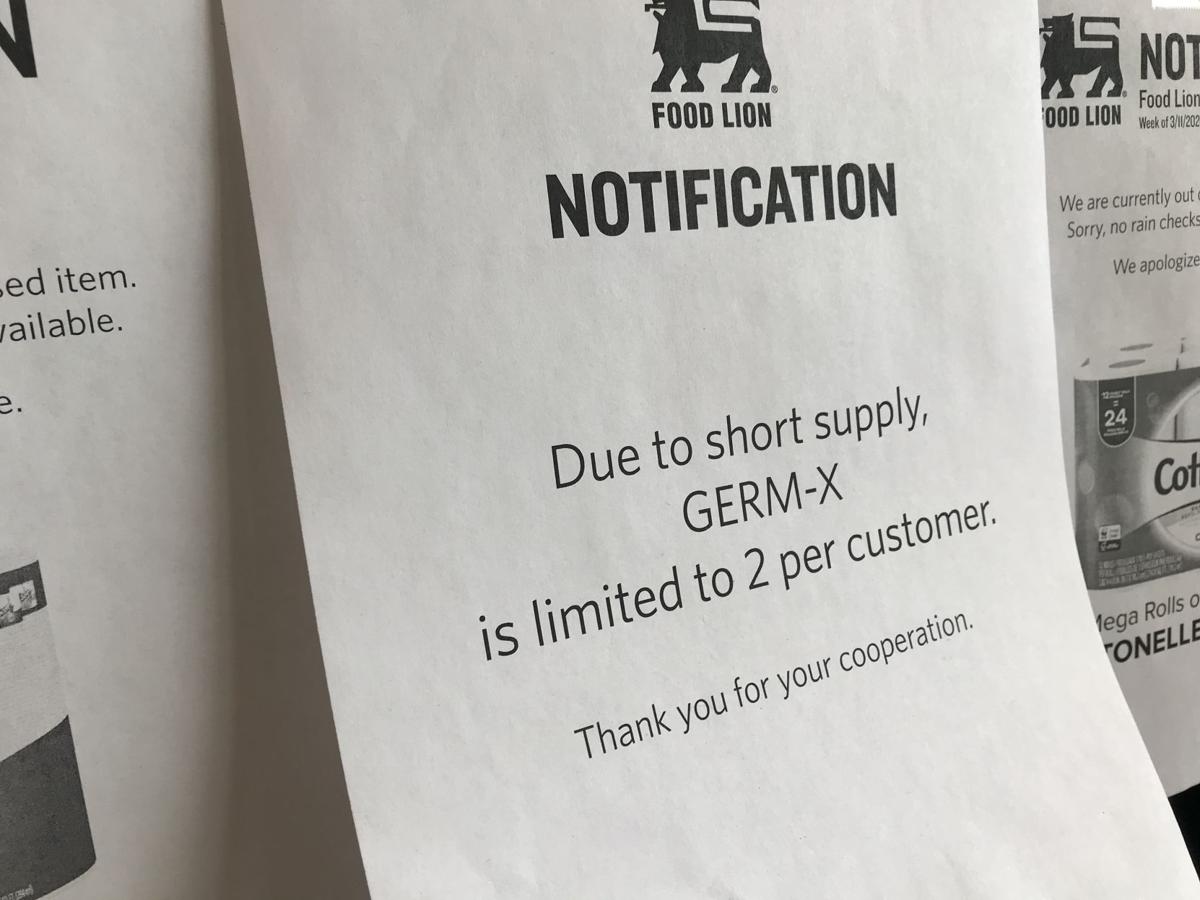 Food Lion displays a sign near the front entrance of its store in Charleston that limits purchases of a hand sanitizer to two per customer. Warren L. Wise/Staff 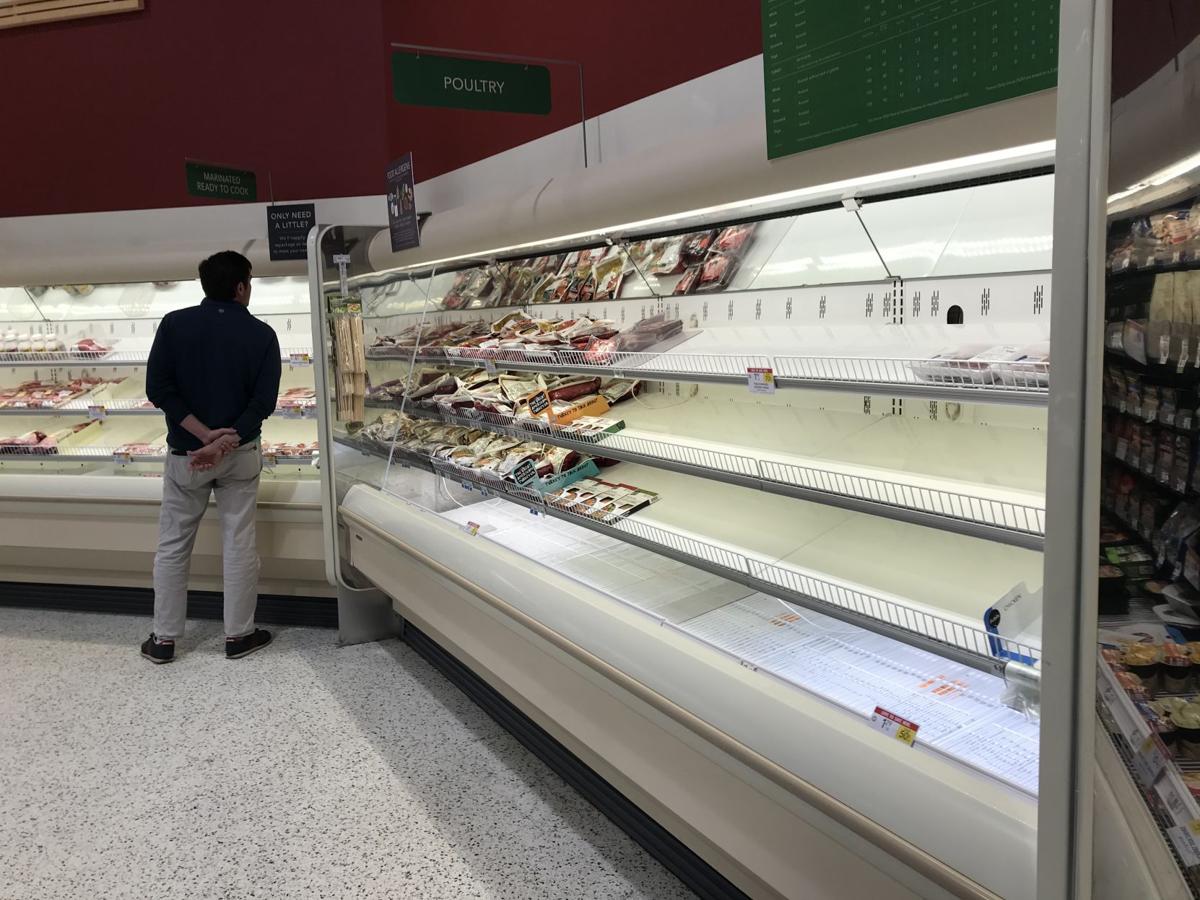 The meat counter at a Publix supermarket in Mount Pleasant was half empty at midday Monday. Warren L. Wise/Staff 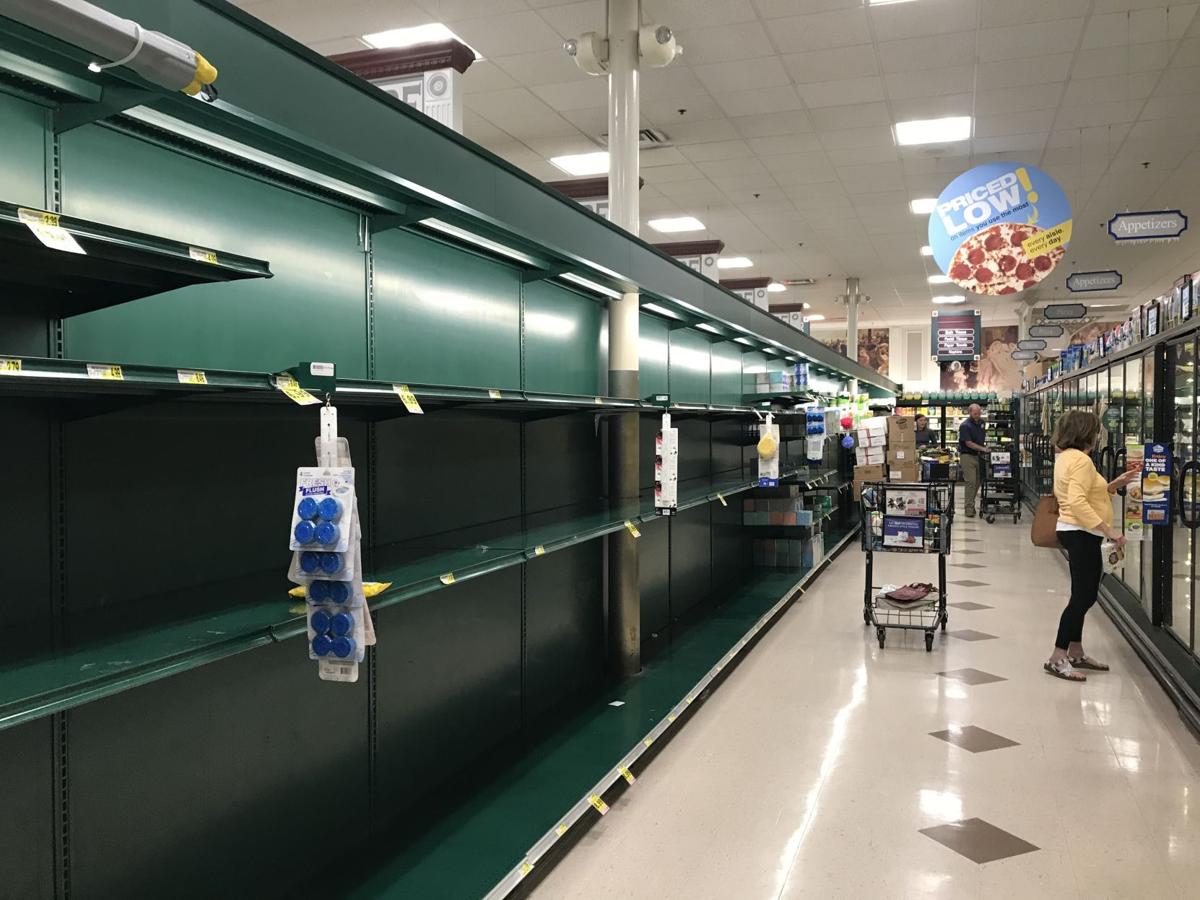 Nervous shoppers are flocking to supermarkets to buy items in bulk because of the spread of the coronavirus, but two of the nation's largest retail trade groups are urging shoppers to resist the urge to hoard and buy only what's needed for now to allow the supply chain to catch up.

Meanwhile, major grocery chains are limiting purchases of some items and trimming hours of operation to allow for cleaning and restocking during overnight hours.

“If you don’t need an item in the next two weeks, leave it for someone who does," representatives of the National Retail Federation and the Retail Industry Leaders Association said in a joint statement.

"Hoarding and stockpiling creates unnecessary gaps between the time that someone who truly needs a product can find it back on retailers’ shelves," said the trade groups' leaders Matthew Shay and Brian Dodge. "This is particularly important for our most vulnerable neighbors — the elderly and those who are struggling with other health issues.”

Apple temporarily shuts SC stores, most others, as virus spreads

They stressed the retail supply chain remains strong, and retail employees are working around the clock to meet consumer demand.

“Hoarding products only contributes to the fear surrounding the virus, and any hoarder acting with malicious intent to drive up prices on a secondary market should be prosecuted to the fullest extent of the law," the trade group leaders said.

Pushing a cart of snacks and pantry items in Harris Teeter in downtown Charleston, Angie Engelke was paying heed to the advice.

"I think people should buy two weeks worth of stuff, not six weeks," the psychotherapist said in between texting to try to set up telehealth services for her clients to limit one-on-one contact.

In Mount Pleasant, a mask-wearing Jeni Massenburg looked over pasta items at Publix.

"I'm not trying to buy the store out," said Massenburg, adding she is not sick but trying to take precautions since she has been recovering from breast cancer the past 18 months. "I'm just buying a few things."

Anthony Hucker, CEO of Bi-Lo and Winn-Dixie parent Southeastern Grocers, said on CNBC that sales of "category-specific" goods are up 200 percent in some instances.

"Everything around personal care," he told the cable business news news outlet Monday.

Hucker attributed the surge in sales and the abrupt change in consumer behavior to "this fear of the unknown," likening the coronavirus pandemic to a hurricane.

He also said a key restocking challenge is that demand is outstripping the ability of manufacturers to replace sold-out items.

Hucker also noted that booze sales have jumped up at Southeastern supermarkets that sell alcoholic beverages.

"People during disasters like to relieve themselves with wine and spirits, that's for sure," he said.

Asked about hoarding, Hucker said, "We're just asking customers to be kind to each other and respectful."

He added that all stores in the Southeastern group will now close at 9 p.m.

Other major grocery chains are closing early as well.

Publix now locks its doors at 8 p.m., Harris Teeter at 9 p.m., and Walmart at 11 p.m. Food Lion operates on a store-by-store basis, and they are operating for now on a normal schedule, a spokesman said.

How Charleston retailers are dealing with residents stockpiling supplies for coronavirus

Publix placed limits on "some key items to allow more customers to get what they need," CEO Todd Jones said.

At Food Lion, president Meg Ham said some "high-demand items ... may temporarily be out of stock, but we are working as fast as possible to restock our shelves with these items."