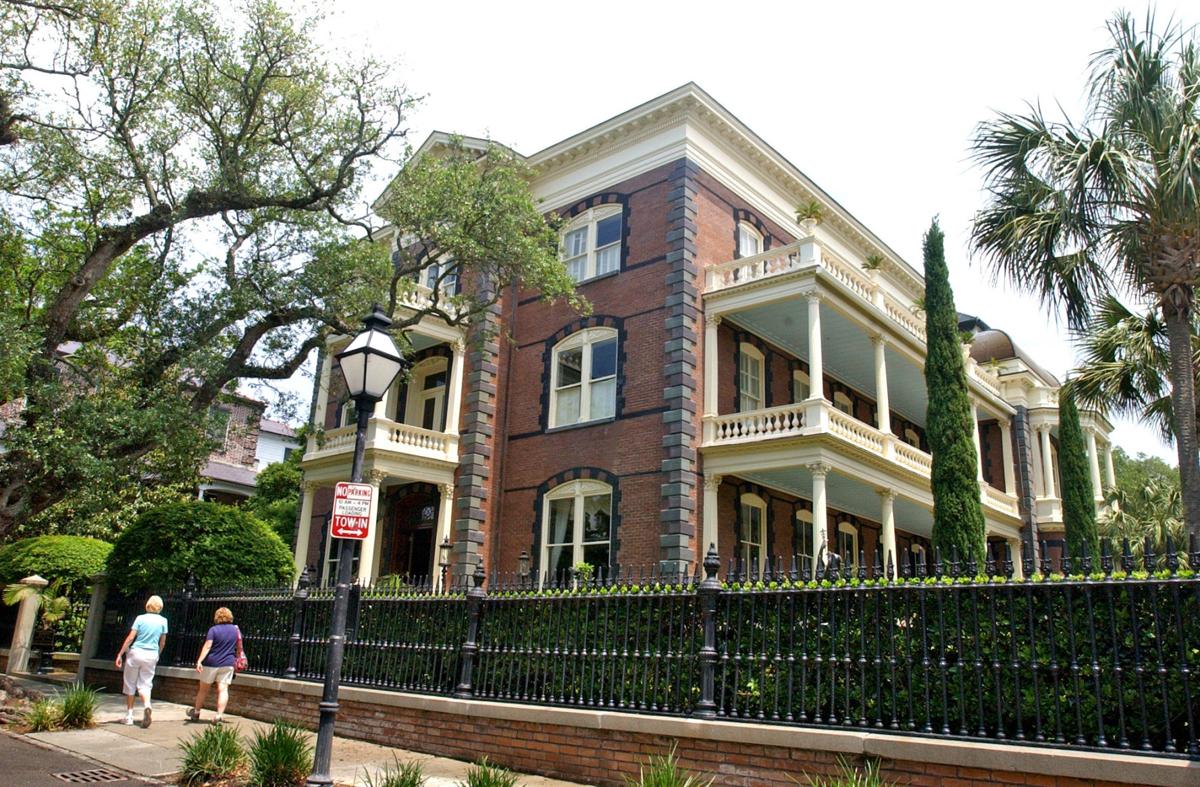 The owner of the historic Calhoun Mansion on lower Meeting Street asked its insurer to pay for business disruption costs caused by the coronavirus pandemic. The claim was denied. File/Staff 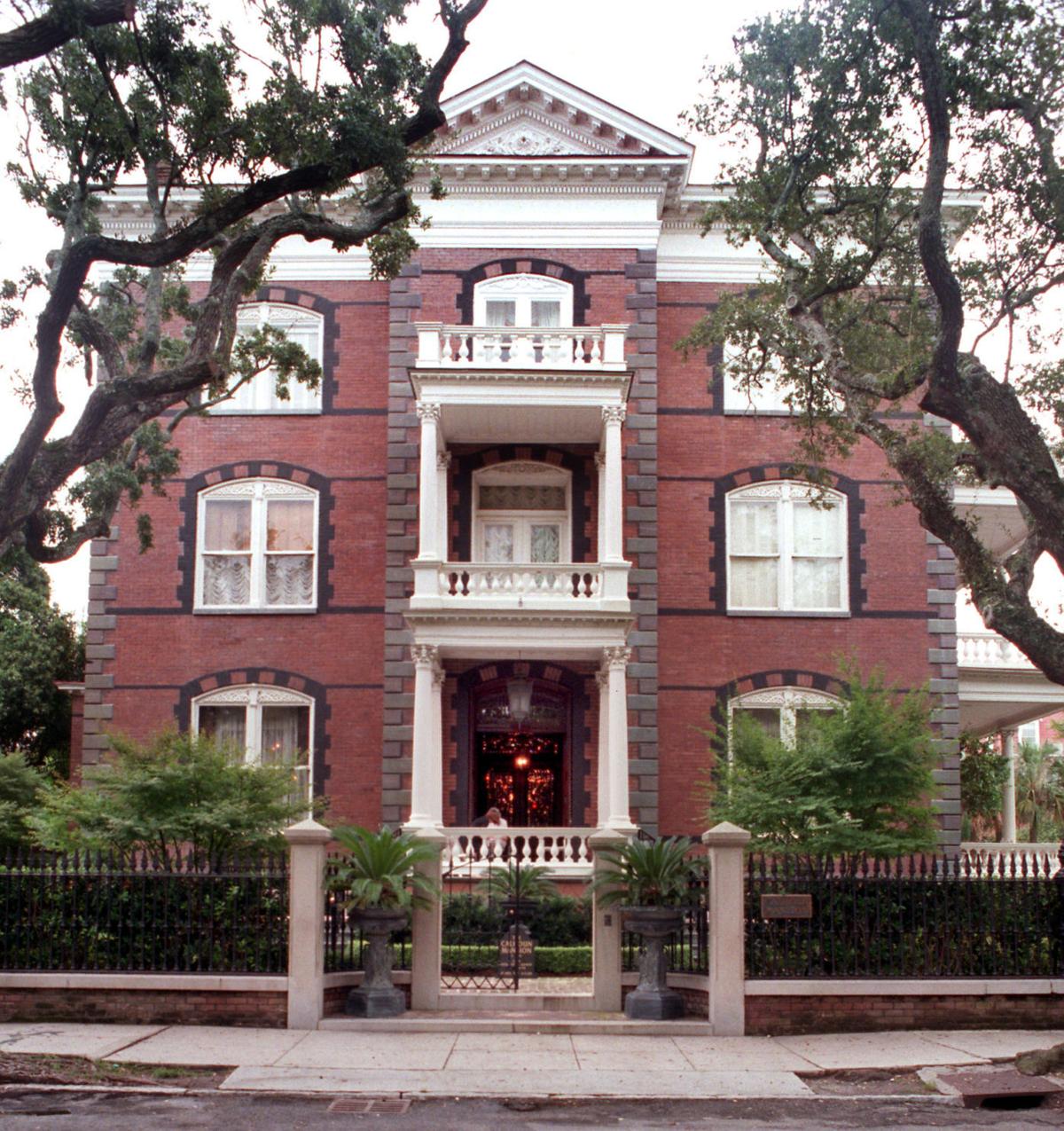 The owner of the Calhoun Mansion in downtown Charleston is suing the property's insurance company because it is refusing to cover business losses due to COVID-19. Brad Nettles/Staff/File

The owner of the historic Calhoun Mansion on lower Meeting Street asked its insurer to pay for business disruption costs caused by the coronavirus pandemic. The claim was denied. File/Staff

The owner of the Calhoun Mansion in downtown Charleston is suing the property's insurance company because it is refusing to cover business losses due to COVID-19. Brad Nettles/Staff/File

The owner of the historic Calhoun Mansion in downtown Charleston is suing the property's insurance company because it refuses to cover business losses related to COVID-19.

The 24,000-square-foot mansion, built in 1876, is a private residence on lower Meeting Street that allows public tours of its two lower floors. It's been one of the Holy City's top visitor attractions.

Tours were halted on March 15 after two employees became ill with coronavirus symptoms. The home remained closed to the public following an executive order by Gov. Henry McMaster that shut down museums and other businesses throughout the state.

Although that order has been lifted, the Calhoun Mansion remains closed to the public. In a note on the property's website, owner Howard Stahl says the visitor attraction "will remain closed due to the continuing COVID-19 pandemic. It will reopen when it is sensible and safe to do so."

Stahl, a former trial attorney who bought the mansion in 2004, filed a business interruption claim with AXA Insurance Co. to help cover losses from the closure, but AXA denied the claim.

"The (insurance company) took the objectively unreasonable positions that a virus could not trigger any coverages under the policy ..." Stahl's lawsuit states.

He wants the company to pay the policy's coverage limit of $500,000 plus punitive damages.

New York-based AXA has not responded to the lawsuit, which was filed in federal court in Charleston.

Stahl, who does business as The Calhoun Mansion LLC, is suing the insurance company for breach of contract. No court date has been scheduled.

The lawsuit follows a similar complaint by Black Magic Cafe in Charleston, which says its insurer rejected claims for virus-related business losses. That case also is pending in federal court.

Most insurance companies started excluding business losses due to viruses following the SARS outbreak nearly two decades ago, and they are routinely denying claims related to COVID-19.

History in a hurry: Give yourself the ultimate one-hour walking tour of Charleston

Losses tied to the virus were estimated to cost U.S. small businesses between $220 billion and $383 billion per month at the pandemic's peak, according to the American Property Casualty Insurance Association. Insurance companies say those amounts would wipe out up to half of the industry’s surplus to pay all property and casualty claims.

State and federal legislators are considering whether insurers should be forced to cover COVID-19 losses, but bills supporting such a measure have not advanced very far.

The Calhoun Mansion was described by the Charleston News and Courier as the "handsomest and most complete private residence in the South" when it was built. An Italianate manor house, the home has been featured on national television shows for its Gilded Age antiques and architecture, which includes 35 rooms, ornate wood mouldings, elaborate chandeliers, 23 fireplaces and a 75-food domed ceiling.

The home — built by George Williams, a Charleston businessman — had fallen into disrepair over the years and was condemned in 1972. Charleston attorney Gedney Howe bought the house for $200,000 in 1976 and undertook a $5 million restoration. He sold the mansion to Stahl in 2004 for $3.75 million.