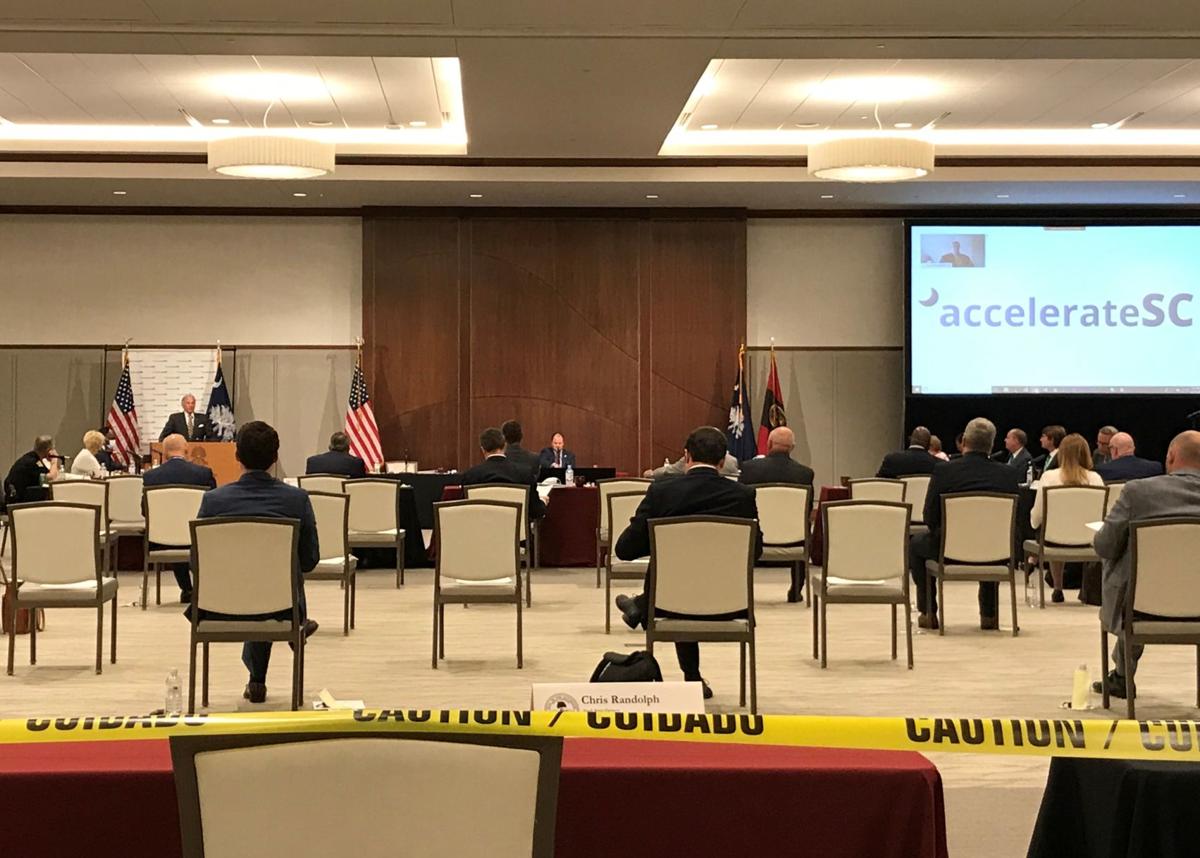 Gov. Henry McMaster addresses the "governance" subcommittee at the University of South Carolina alumni center in Monday, April 27, 2020. The group is part of a task force advising McMaster over the next 30 days about rebooting South Carolina's economy. Seanna Adcox/Staff 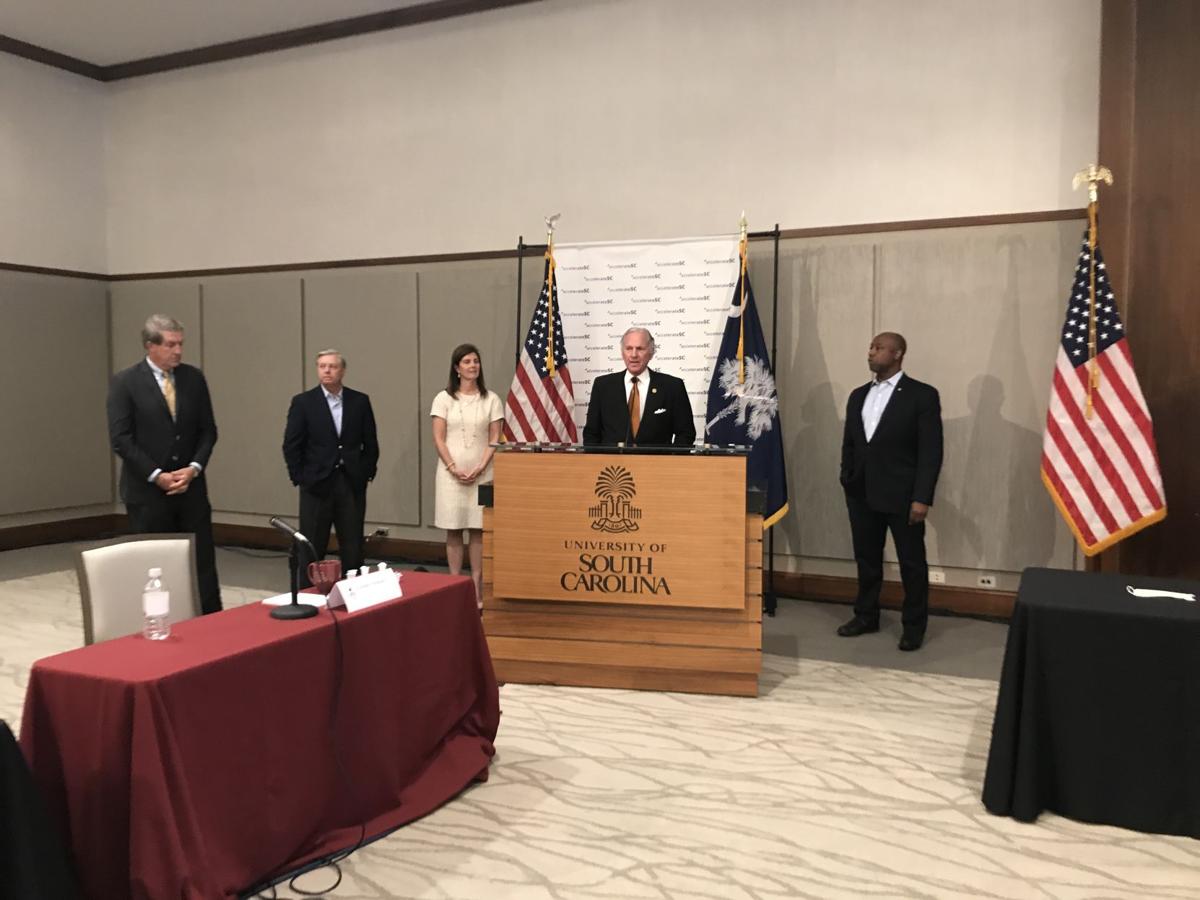 Gov. Henry McMaster addresses the "governance" subcommittee at the University of South Carolina alumni center in Monday, April 27, 2020. The group is part of a task force advising McMaster over the next 30 days about rebooting South Carolina's economy. Seanna Adcox/Staff

COLUMBIA — The additional $600 a week the federal CARES Act provides people laid off amid the pandemic will not be extended past its July 31 expiration, U.S. Sen. Lindsey Graham told South Carolina business leaders Wednesday.

"I promise you over our dead bodies will this get reauthorized," Graham said, referring to himself and fellow Republican U.S. Sen. Tim Scott. "We've got to stop this."

At issue is the additional unemployment benefits the law provides, on top of state benefits, which in South Carolina normally max out at $326 a week for 20 weeks.

The goal was to help people suddenly jobless through no fault of their own in an unprecedented crisis, not provide a raise to stay home, he said.

Graham and Scott both spoke at a panel discussion of the accelerateSC task force advising Gov. Henry McMaster on how to jumpstart South Carolina's economy.

Restaurant owners and other employers worry their workers won't want to come back when they're ready to reopen.

Last week, Dan Ellzey with the state Department of Employment and Workforce encouraged them to report those situations to his agency, which can yank the jobless benefits of people who turn down employment.

Graham said, "It's probably smart to enforce that in a practical way but not go too far to create a war between the employer and employee."

"You cannot turn on the economy until you get this aberration in the law fixed," he said. "Your challenge is, what do you do between now and July 31? You don’t want a bunch of people coming back pissed off at you."

"The unemployment benefit is wreaking havoc and will continue to wreak havoc until it’s over," said the Charleston Republican. "Unfortunately, it created an adverse incentive that really harms the relationship between employers and employees."

Asked if they know of employers actually having that problem, both said they had talked to several but didn't want to give names and contribute to animosity in the work place.

"The tension is real," Scott said.

Some business owners have told the state Chamber of Commerce they're not going to challenge workers who want to stay home.

"I need them to come back Aug. 1. I don't want to get in an adversarial relationship right now," said the chamber's CEO, Ted Pitts. "The hope is this thing is going away at the end of July. They’re going to have to come back to work" then.

Next round of aid for SC small businesses opened this week, but funds are going fast

Graham said there could be a third round of the federal loans intended to keep small businesses afloat and their employees paid. The loans are forgivable — becoming a grant — if the employers use the money to keep workers on the payroll.

But the $342 billion available nationwide initially made available in the CARES Act dried up quickly, and some of it went unintentionally to big companies with access to other capital. The second round, $310 billion that became available Monday, could be gobbled up even quicker.

If there is a third round, Graham said, "it will be smaller and more focused on Main Street so bigger companies can’t take advantage of it."

Test your knowledge of Charleston growth, NASCAR's return with our news quiz