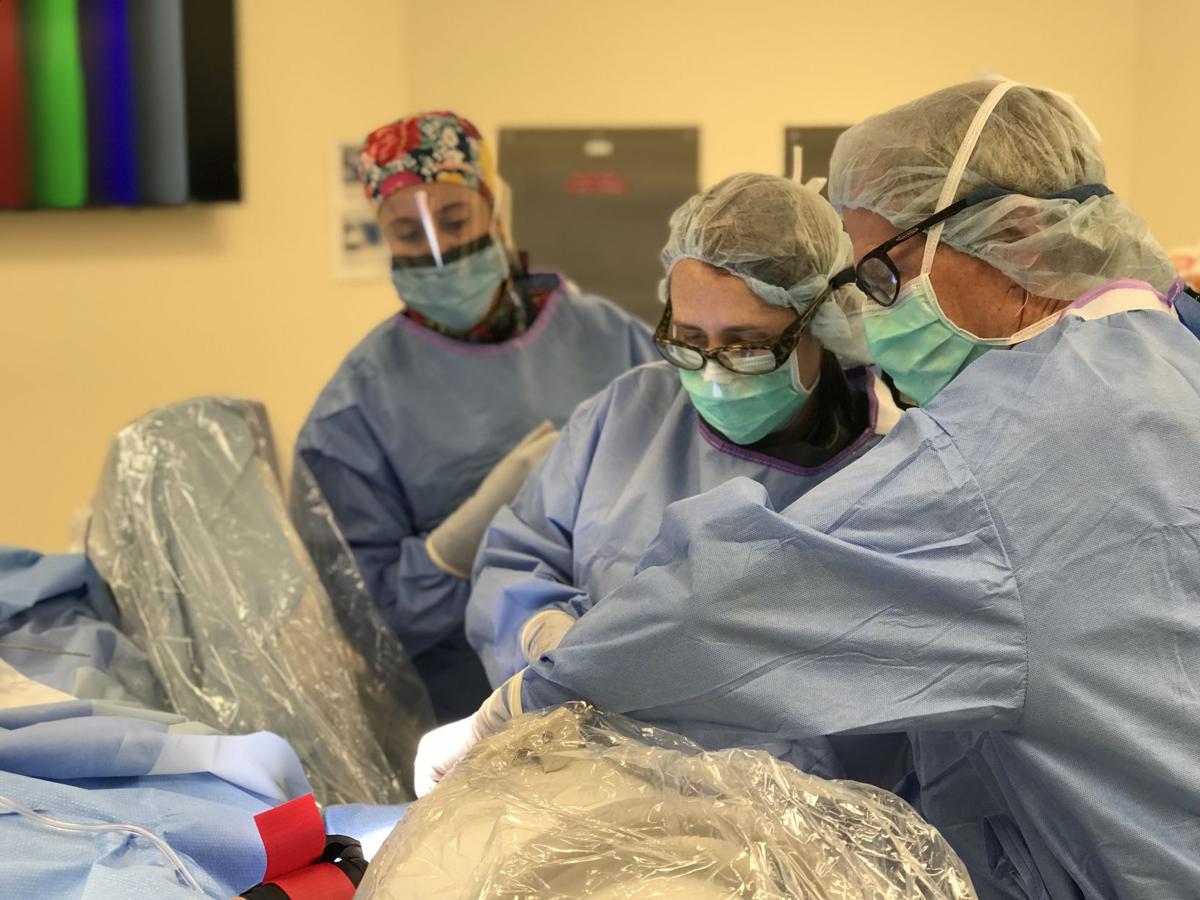 Orthopedic surgeons insert a plate and screws to help heal a patient's broken elbow at Trident Medical Center in North Charleston. Elective surgeries could be postponed at area hospitals as the facilities determine how to respond to the coronavirus. File/Trident Health/Provided 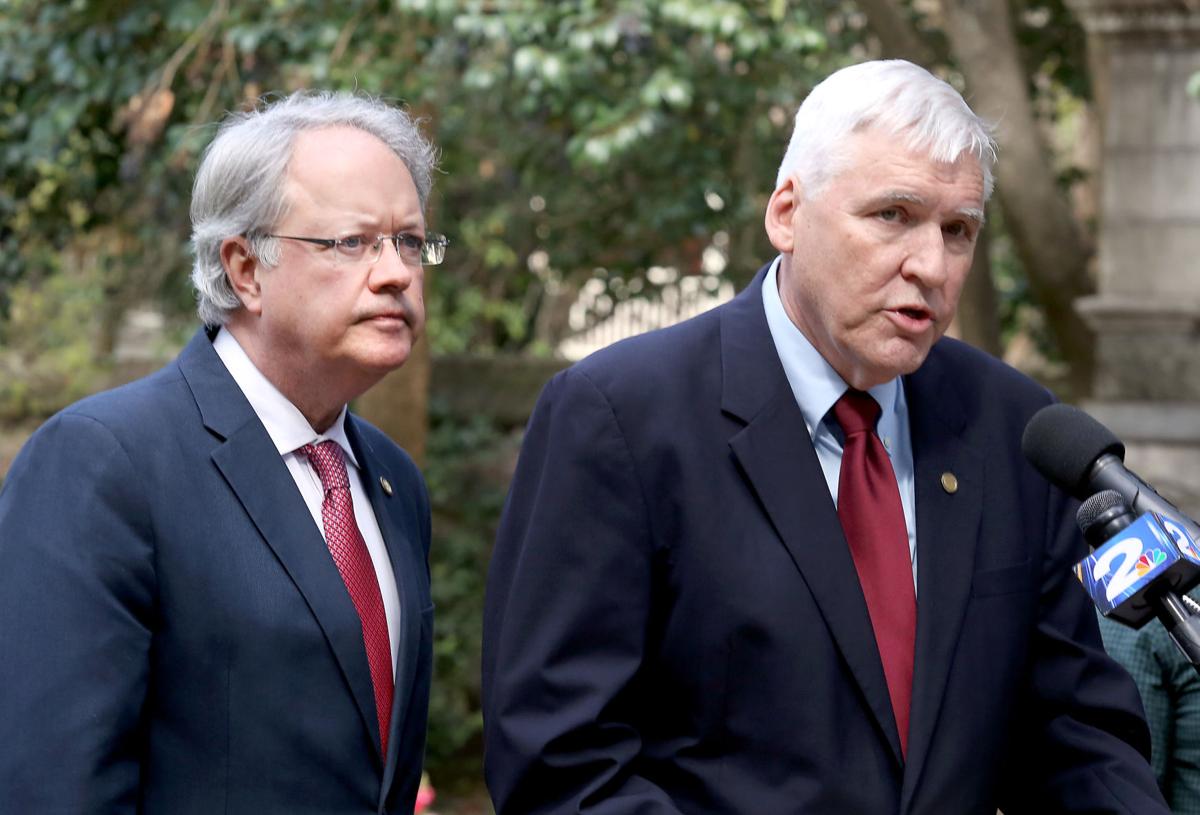 To conserve key hospital supplies and protect patients from the coronavirus pandemic spreading across the United States, the country's hospitals have begun canceling appointments.

South Carolina's hospitals have not, though many say they are keeping that option open.

On Tuesday afternoon, Gov. Henry McMaster urged all hospitals to "halt all elective procedures" within the next 72 hours.

"That will allow for medicines, equipment, space … to be used by the hospitals to treat those who come into the hospital with this virus," McMaster said during an afternoon briefing.

Those elective services draw people in to health care facilities while the coronavirus is spreading, and can use up the personal protective gear for workers that is already in short supply.

To the S.C. Hospital Association's knowledge, no hospital in the state had yet suspended outpatient services Tuesday morning. That includes everything from routine doctor's visits, scheduled surgeries to dental appointments.

"All of the state’s hospitals are considering plans to cancel surgeries and procedures that, if delayed, will not cause harm to the patient," association spokesman Schipp Ames said in a statement. "South Carolina’s hospitals are considering these measures in order to protect patients, the health care workforce and conserve much-needed personal protective equipment as we see an increase in COVID-19 cases."

Some of those procedures could be life-saving, or at least life-altering, for people. Many cancer patients get their care on an outpatient basis, for example.

Hospital & healthcare systems, PLEASE CONSIDER STOPPING ELECTIVE PROCEDURES until we can #FlattenTheCurve! 👇🏽Each elective surgery you do:1) Brings possible #Coronavirus to your facilities2) Pulls from PPE stores3) Taxes personnel who may be needed for #COVIDー19 response https://t.co/WAUTXF5Vyc

Kaiser Permanente, one of the nation's largest health care systems, heeded the call, saying it would cancel all non-urgent medical and dental care in Oregon and part of Washington through March. The two Pacific Northwest states were nearing 1,000 confirmed cases of COVID-19 between them Tuesday afternoon.

In Georgia, Atlanta-based Emory Healthcare began postponing all elective surgeries starting Monday. The state had 99 confirmed cases of COVID-19 at the time, The Atlanta Journal Constitution reported. As of Tuesday afternoon, South Carolina had 33 cases.

Those elective procedures are key to hospitals' bottom line.

A snapshot: South Carolina's hospitals completed more than 186,000 cataract removals, colonoscopies and cardiac catherizations in 2018, according to statewide data.

MUSC had not canceled outpatient services as of Tuesday afternoon.

"We have a lot of discussions ongoing about future clinical operations," Dr. David Cole, president of MUSC Health, said at a press conference Monday. "We are preparing for that."

Patients, in some circumstances, can also use MUSC's virtual health care options to connect with providers, Cole said.

MUSC spokeswoman Heather Woolwine predicted, at some point, the hospital would need to start to “risk stratify” some patients, which could delay the need to carry out some elective procedures for several months. These decisions are being made on a case-by-case basis, she said. It’s “highly likely” that some patients or their providers have canceled appointments on an individual basis, she said.

At Roper St. Francis, a spokesman said elective surgeries are going on as planned. Starting Tuesday, the health care system began using algorithms to triage surgeries. As cases ramp up, more optional surgeries will be put off.

"We will leverage the most relevant data to decide when more aggressive postponing of surgeries becomes necessary and is in the best interest of our patients," Andy Lyons, a spokesman for Roper St. Francis, said in a statement.

McLeod Health, which operates several hospitals in the Pee Dee region, said in a statement some patients have canceled their own appointments.

To supplement protective gear, a spokeswoman said, the hospital system has also asked the state to send more supplies.

In the meantime, most hospitals have already cut back visitation — one measure to keep coronavirus out of facilities.

Lauren Sausser contributed to this report.