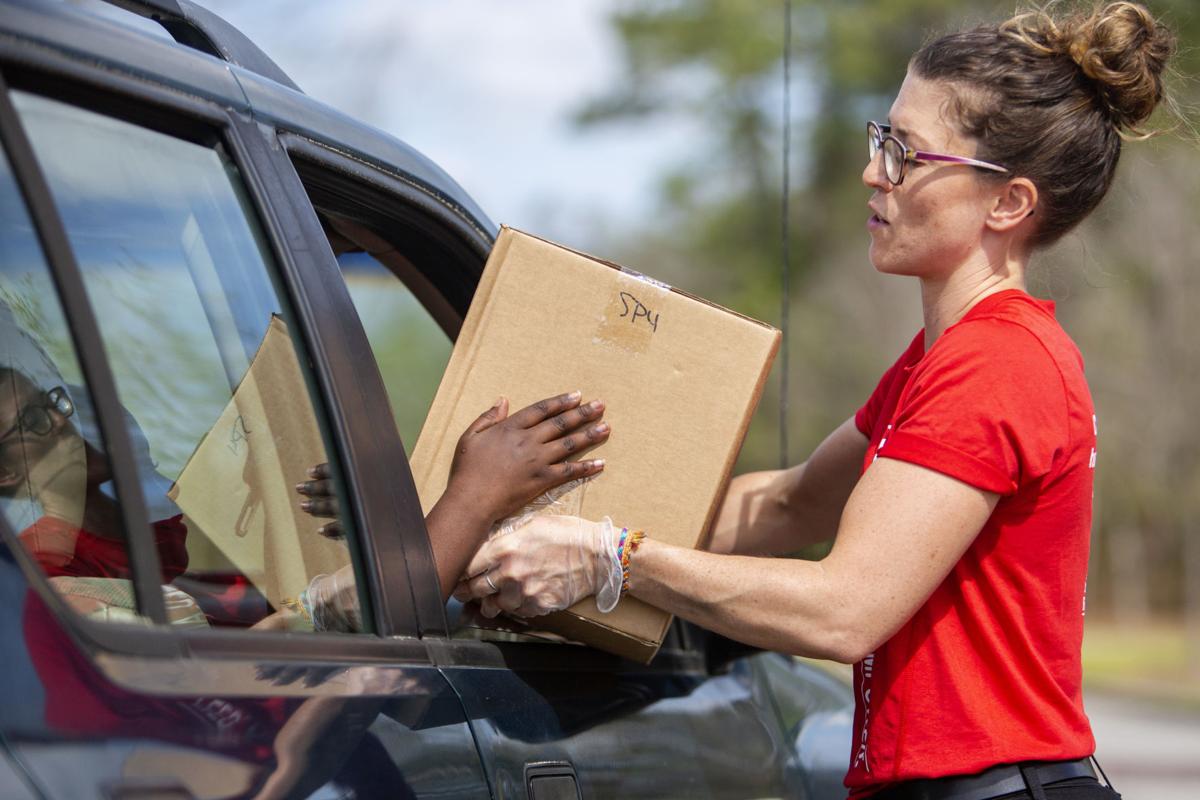 Dana Mitchel carries a box of food to a family at Stall High School on Friday, March 20, 2020, in North Charleston. Gavin McIntyre/Staff 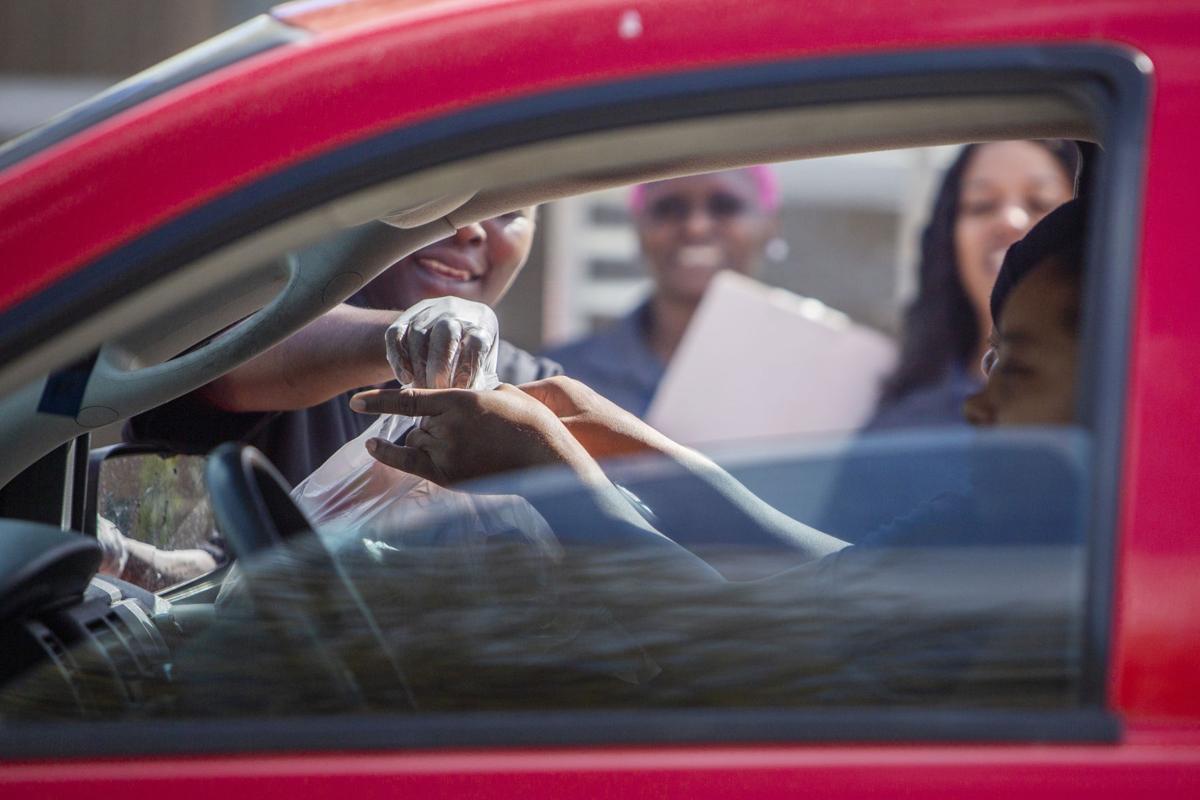 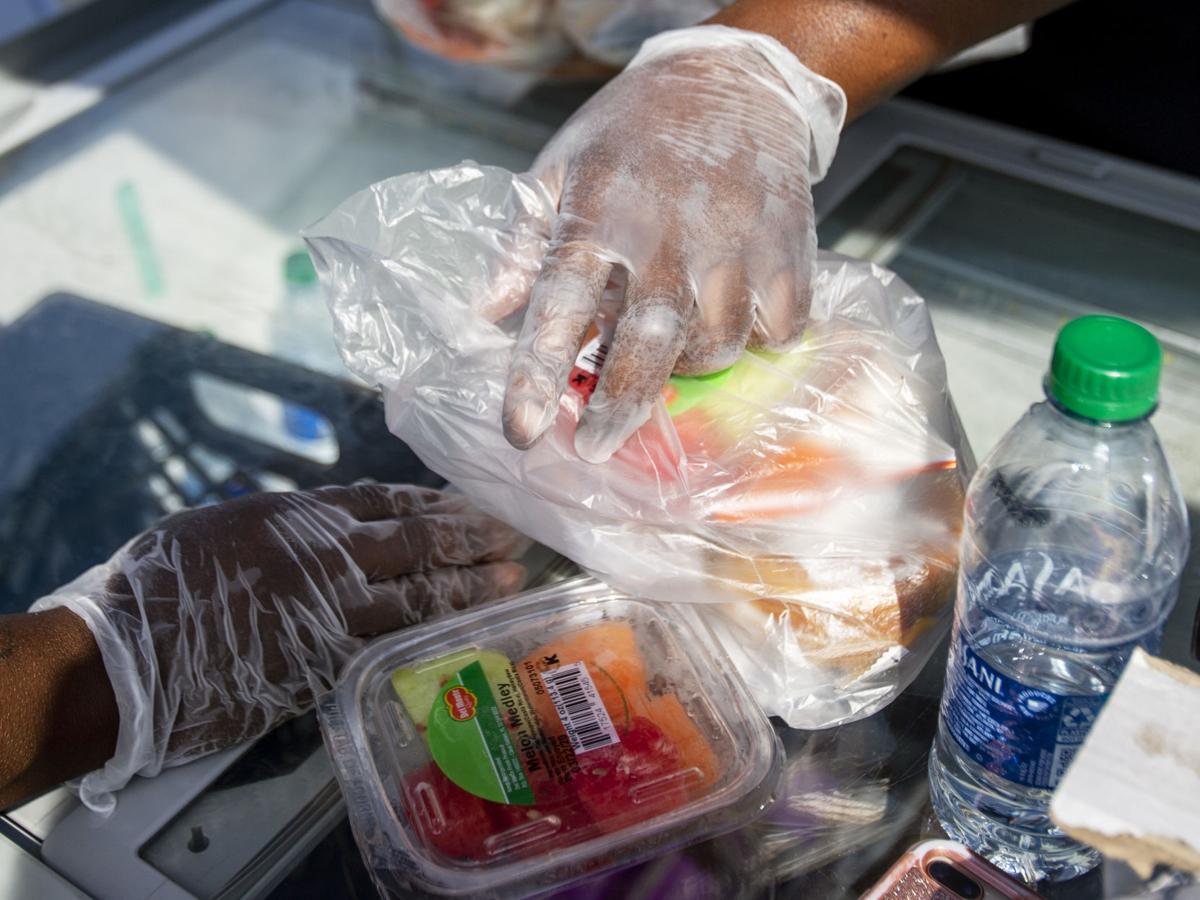 Lunches are prepared for families to pick up at Stall High School on Friday, March 20, 2020, in North Charleston. Gavin McIntyre/Staff 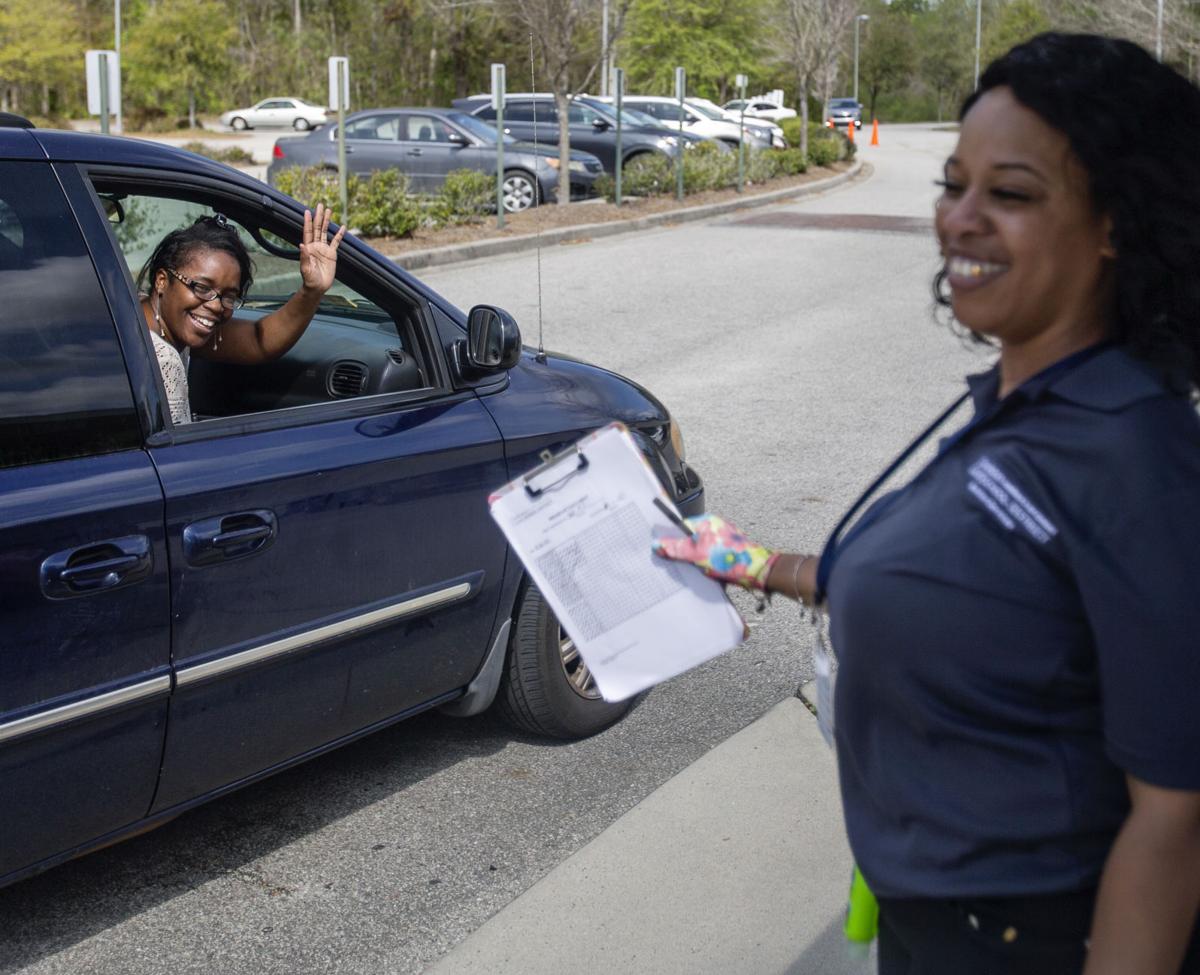 A woman waves to Ann Lawrence after picking up food at Stall High School on Friday, March 20, 2020, in North Charleston. Gavin McIntyre/Staff 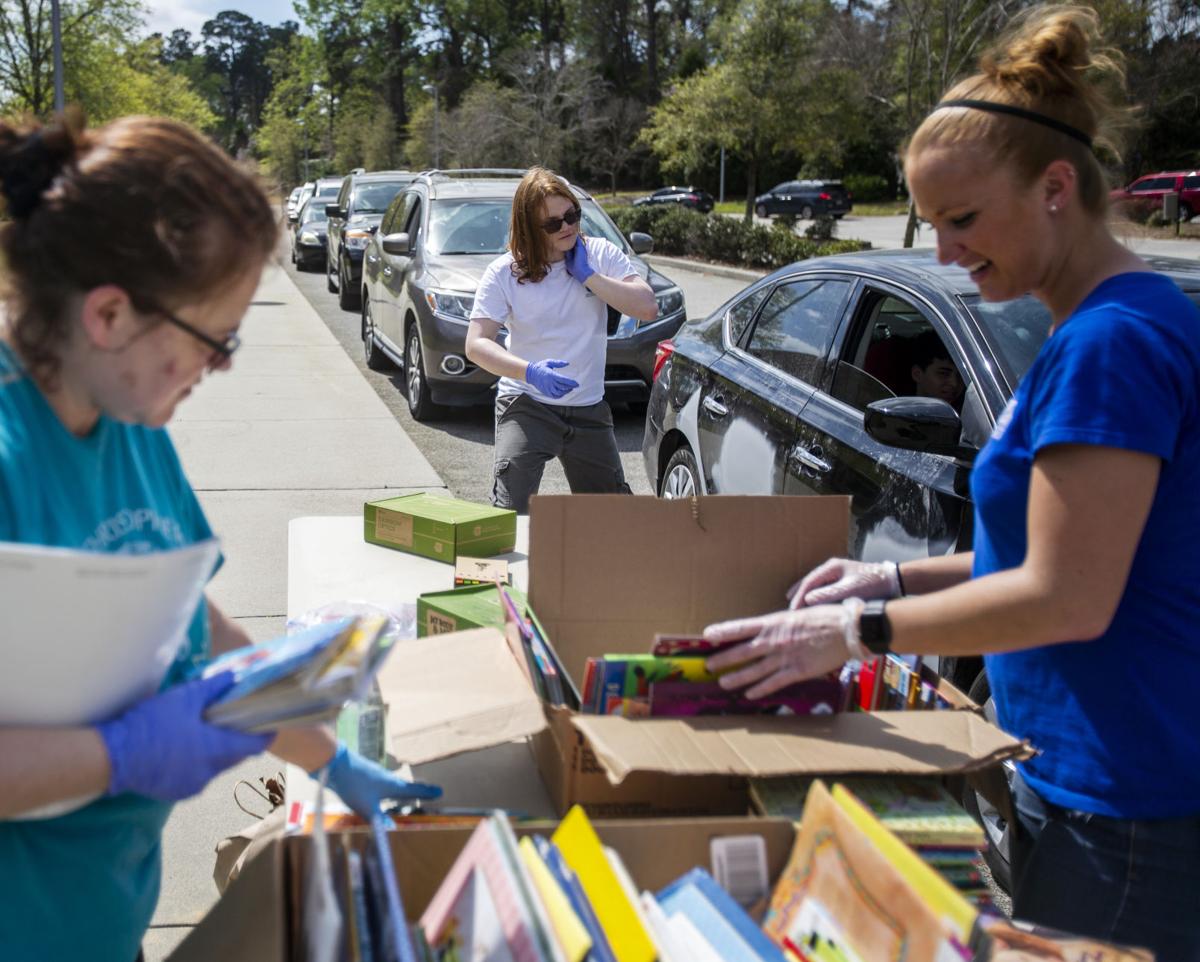 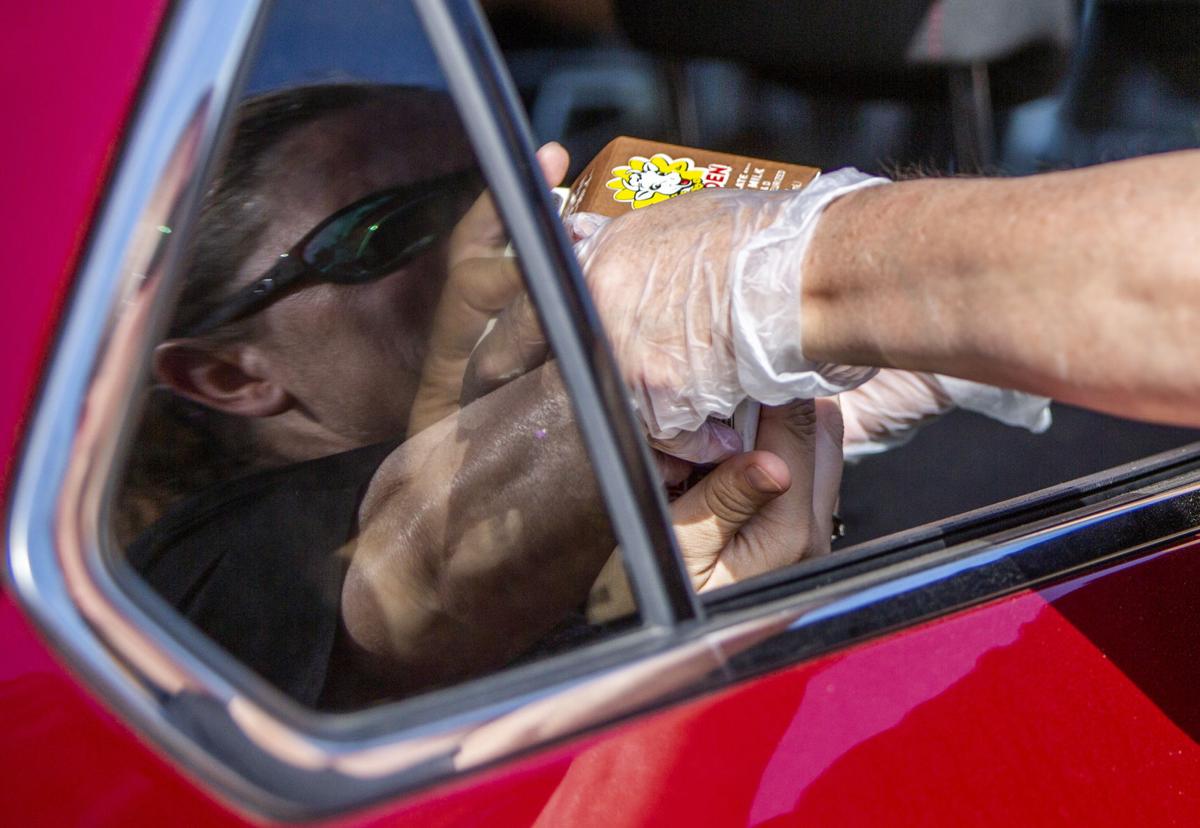 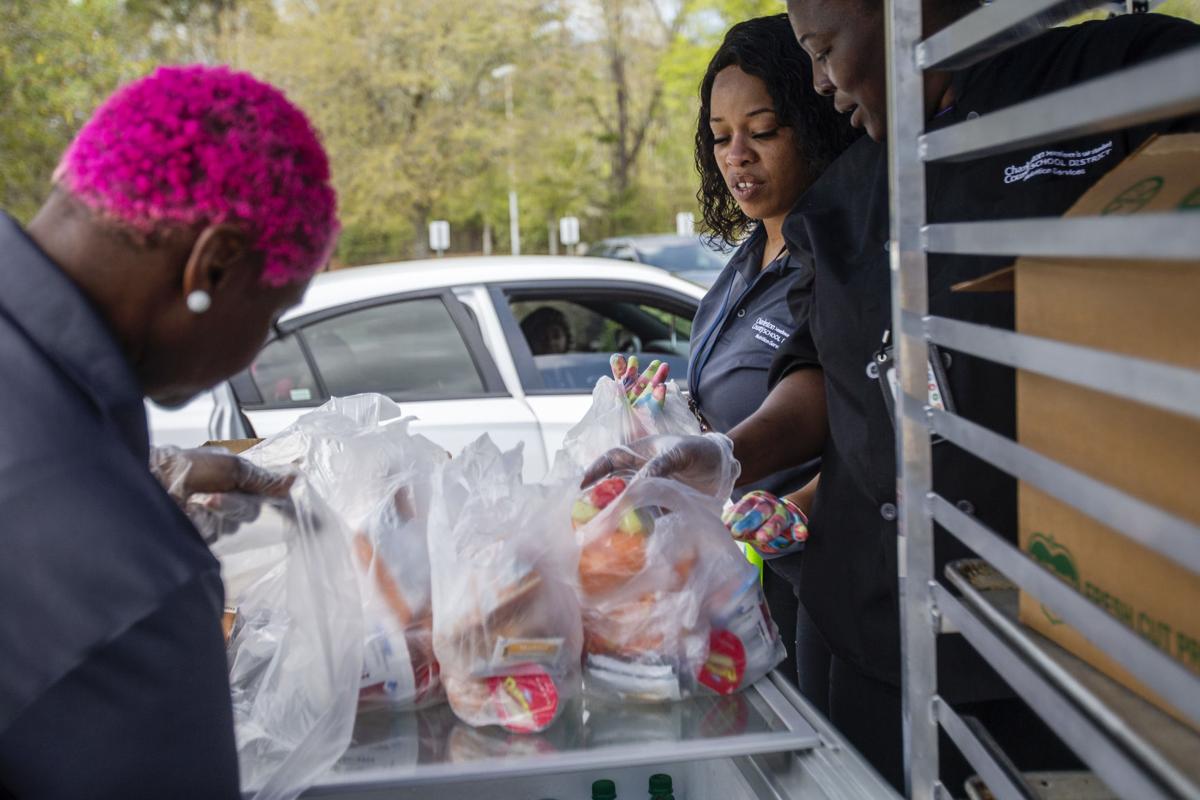 Dana Mitchel carries a box of food to a family at Stall High School on Friday, March 20, 2020, in North Charleston. Gavin McIntyre/Staff

With increasingly more people in need of food assistance, the Lowcountry Food Bank is modifying its outreach approach and increasing distribution amid the coronavirus outbreak.

The North Charleston-based food bank is also seeing an uptick in the number of walk-ins.

Acts of generosity appear amid coronavirus fear in SC communities

Other organizations are feeling the pinch.

The nonprofit, which gets its produce from Lowcountry Food Bank, expects that number to double this week.

With the organization running low on canned food and hygiene kits, the center is hosting a food drive 11 a.m.-5 p.m. Saturday at 116 West 2nd North St. in Summerville.

Responding to the pandemic differs from natural disasters, which are more localized, Shaw said. The virus' impact spreads across the organization's 10-county coverage area, forcing school and business closures, and leaving grocery stores with empty shelves.

So far, the organization's approach has been aiding its partners to ensure they have enough supply. About 18 agencies of the food bank's 300 partners have seen coronavirus-related closures, Shaw said. The food bank hasn't opened any new distribution centers yet but has been providing food for schools, churches and other groups to meet increased demands.

Last week, the nonprofit partnered with schools and churches to serve communities in Moncks Corner, Goose Creek and North Charleston.

A top concern is the many low-income communities, such as those in North Charleston, that fall within a federally designated food desert because of the lack a nearby grocery store.

"We’re trying to identify where the gaps are and get foods into those ares," Shaw said.

The nonprofit has modified its operations. Some staff members have opted to work remotely, and there aren't as many truck drivers available to ship the produce, Shaw said.

The nonprofit is partnering with other groups, such as Limehouse Produce, which recently used one of the company's vehicles to pick up a truckload of milk for the food bank.

Amid the spread of the disease, the food bank has taken several safety precautions. Volunteers handing out food wear masks and gloves. Guests remain in their car when they pick up food at drive-thru locations.

Volunteer groups are limited to 10 people, per federal recommendations on crowd gathering. There is no evidence of transmission of COVID-19 being associated with food and water, according to the U.S. Food and Drug Administration.

Many Lowcountry residents are anxious to help those in need.

Mount Pleasant resident Blanche Sullivan began volunteering at the food bank several months ago. She has helped this past week by food sorting and cleaning the warehouse.

Amid the current pandemic, she also helps lighten the mood by offering words of encouragement and friendly smiles to volunteers.

"I feel very thankful to be able to help," Sullivan said. "I always enjoy volunteering. But now more than ever, I feel thankful and blessed. I’m not a first responder, but this gives me an opportunity to give back in another way."