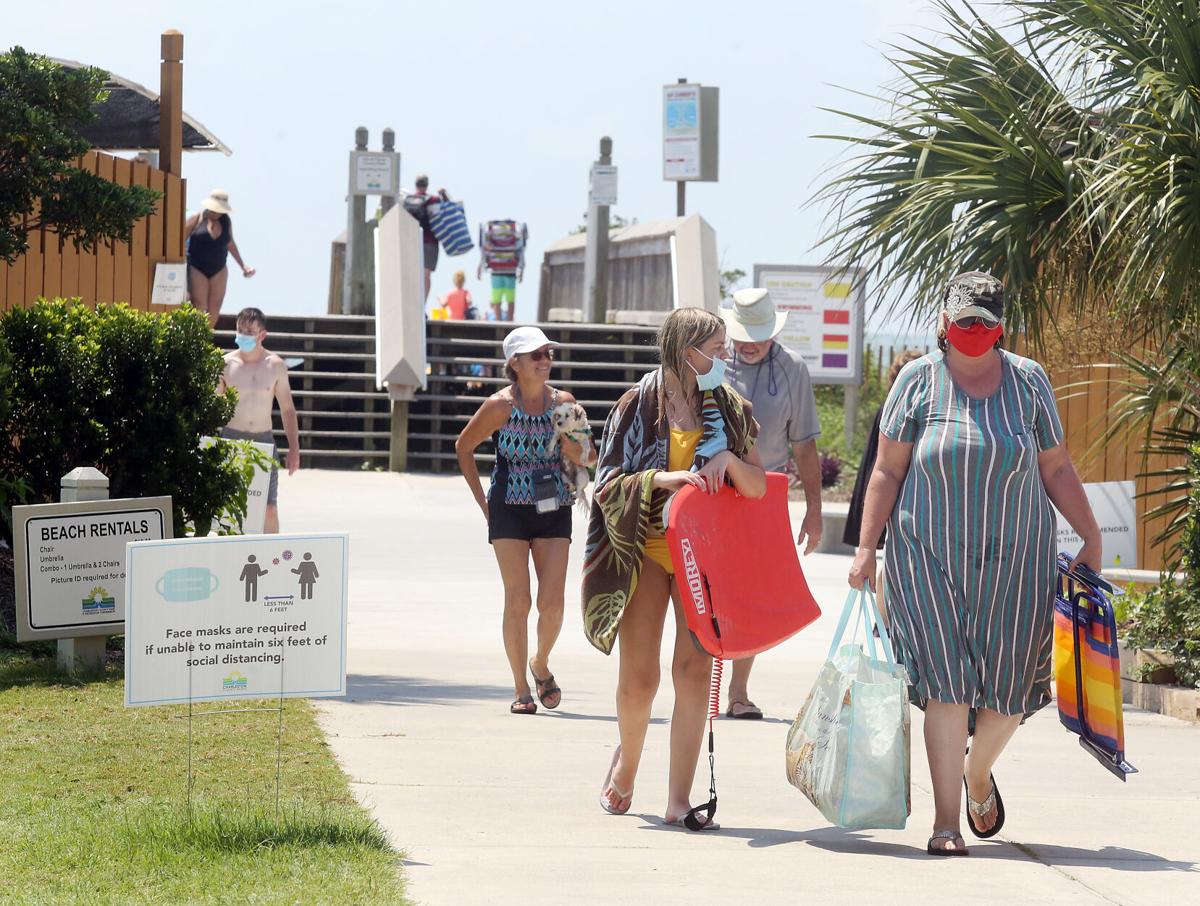 Some people leaving the county park on the Isle of Palms on Wednesday, July 15, 2020, wore their mask while others did not. Brad Nettles/Staff 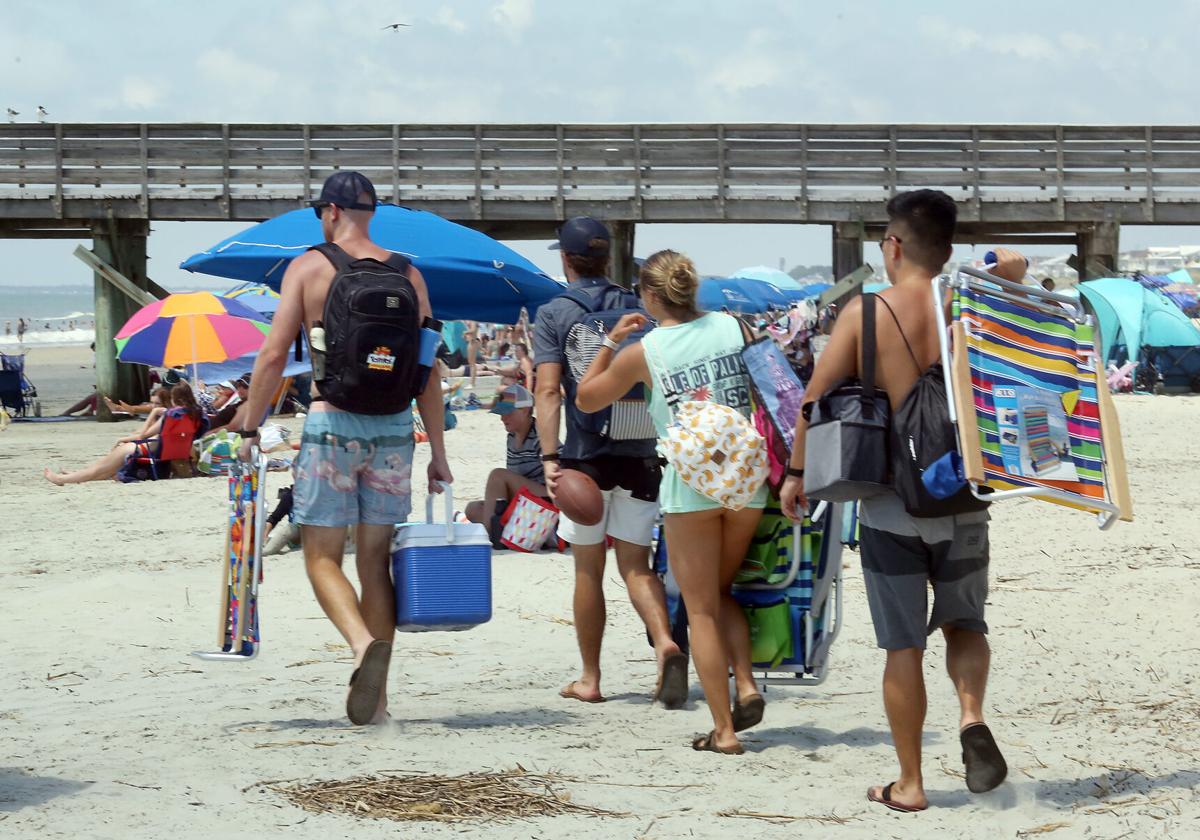 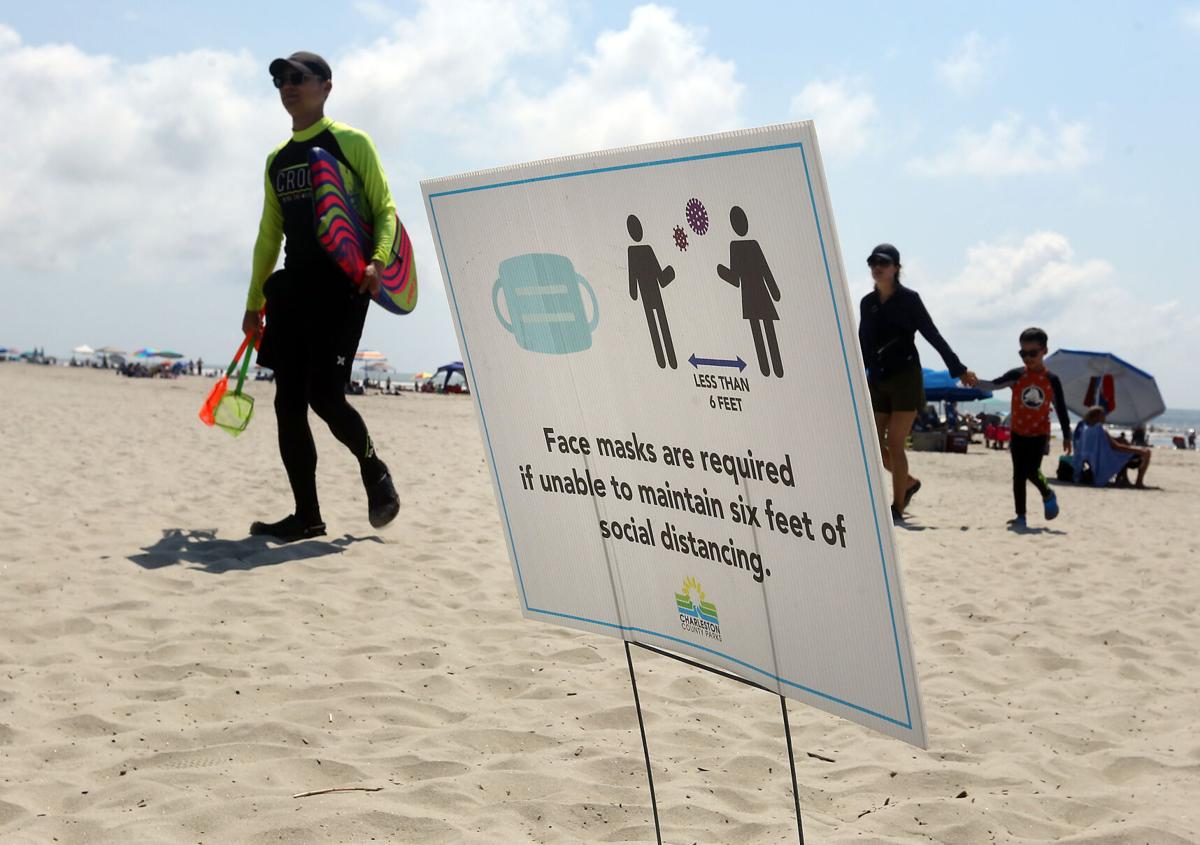 Isle of Palms city leaders, in an effort to combat the spread of the coronavirus, severely reduced parking on the island on Wednesday, but will still allow beachgoers to bring coolers, chairs and umbrellas.

Isle of Palms Mayor Jimmy Carroll said the intent is to limit the number of people coming to the island.

City Council originally met to prohibit beachgoers from bringing coolers, chairs and umbrellas. Instead, they removed hundreds of parking spots near the beach.

Nearly 45 percent of the island parking spaces won't be available as of Friday, according to parking data provided by Town Administrator Desiree Fragoso.

All beaches remain open to the public.

The new restrictions will go into effect on Friday and will remain in place until Aug. 16.

Parking violations will result in a $100 fine.

As SC's coronavirus numbers continue to climb, expert warns state may 'run out of options'

Available parking at municipal lots will nearly be cut in half.

The city will create signs for "turtle teams" so they can park on the prohibited streets in the morning and evening.

Councilman Ryan Buckhannon was the lone vote against the new restrictions.

In an interview by phone, Buckhannon said only allowing residential parking, theoretically, created a private island. He said the optics of the vote didn't look good.

"They voted to eliminate parking in an area where the chief of police said there wasn't a problem with social distancing," Buckhannon said. "We just went through and eliminated all beach parking."

Though council member Susan Hill Smith ultimately voted for the new restrictions, she said she was concerned the restrictions would force people to stay indoors and further the spread of COVID-19.

Smith said she voted for the new ordinance because she wanted to see tighter restrictions at bars and restaurants. She said she did not support the restrictions on coolers, chairs and umbrellas.

"I have concerns about the severe reductions to public beach parking because it limits the number of people who can safely enjoy being at the beach at a time when much of the science we are seeing tells us it is much healthier to be outdoors than indoors," Smith said in an email. "These changes also promise to have unintended consequences by creating a new set of traffic and parking problems, with a public that is undoubtedly having trouble following the changes."

In addition to the parking, City Council also banned bars and restaurants from playing amplified music or having live music after 9 p.m.

Restaurants, bars and event spaces will only be allowed 50 percent of their occupancy rates.

The new occupancy limits are similar to a measure the city of Charleston put into place on Tuesday night.

Sullivan's Island has kept its "keep it moving" approach to beach access, with a ban on coolers, umbrellas and chairs continuing for the next 60 days. Council voted on that measure earlier in the day Wednesday.

Folly Beach leaders will meet Thursday at noon to consider a ban on coolers, chairs and umbrellas. If approved it would begin on Friday at noon and remain in effect until Sept. 14.

As of Wednesday, Folly has a mask requirement for people going into businesses and when standing or walking around a bar or restaurant. All special events have been cancelled. Live music is prohibited after 9 p.m.