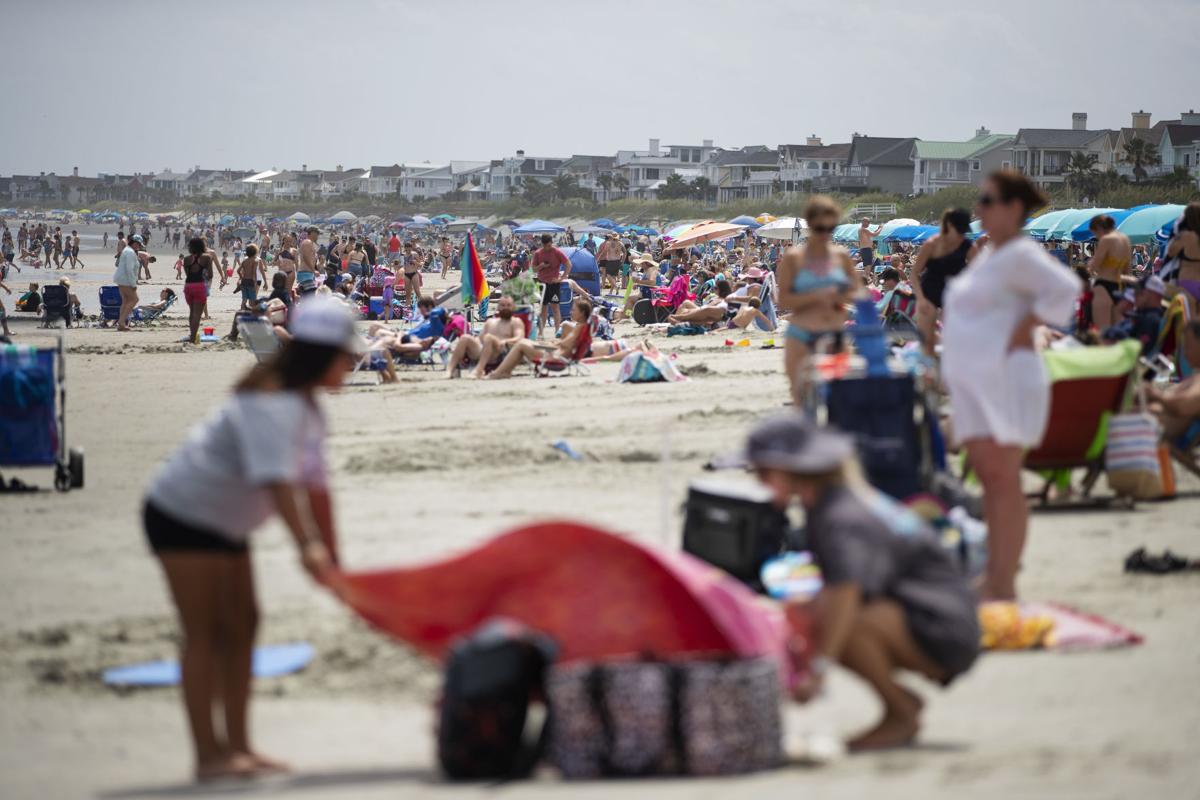 The beach at Isle of Palms attracted a crowd Friday. Lauren Petracca/Staff 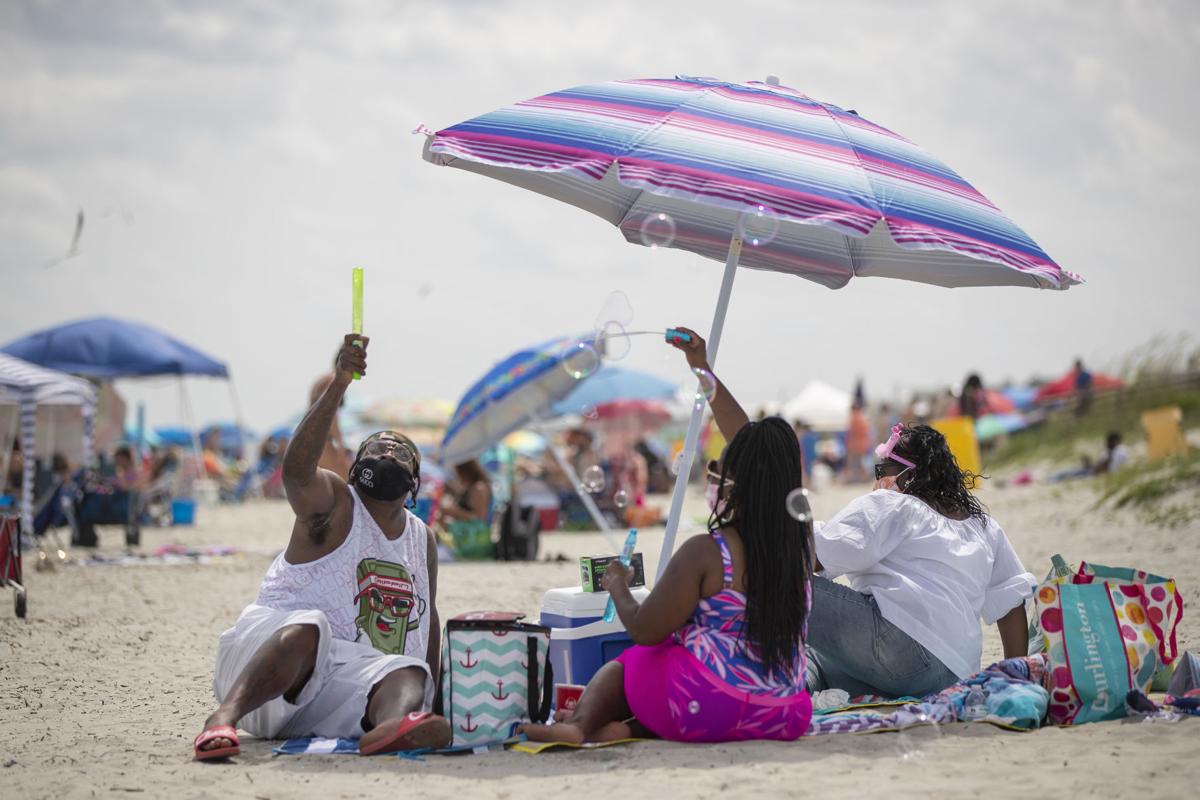 A family from Charleston and North Charleston play with bubbles as they celebrate a birthday on Isle of Palms on Friday, June 26, 2020. They said they didn't see anyone else on the beach wearing a mask. Lauren Petracca/Staff 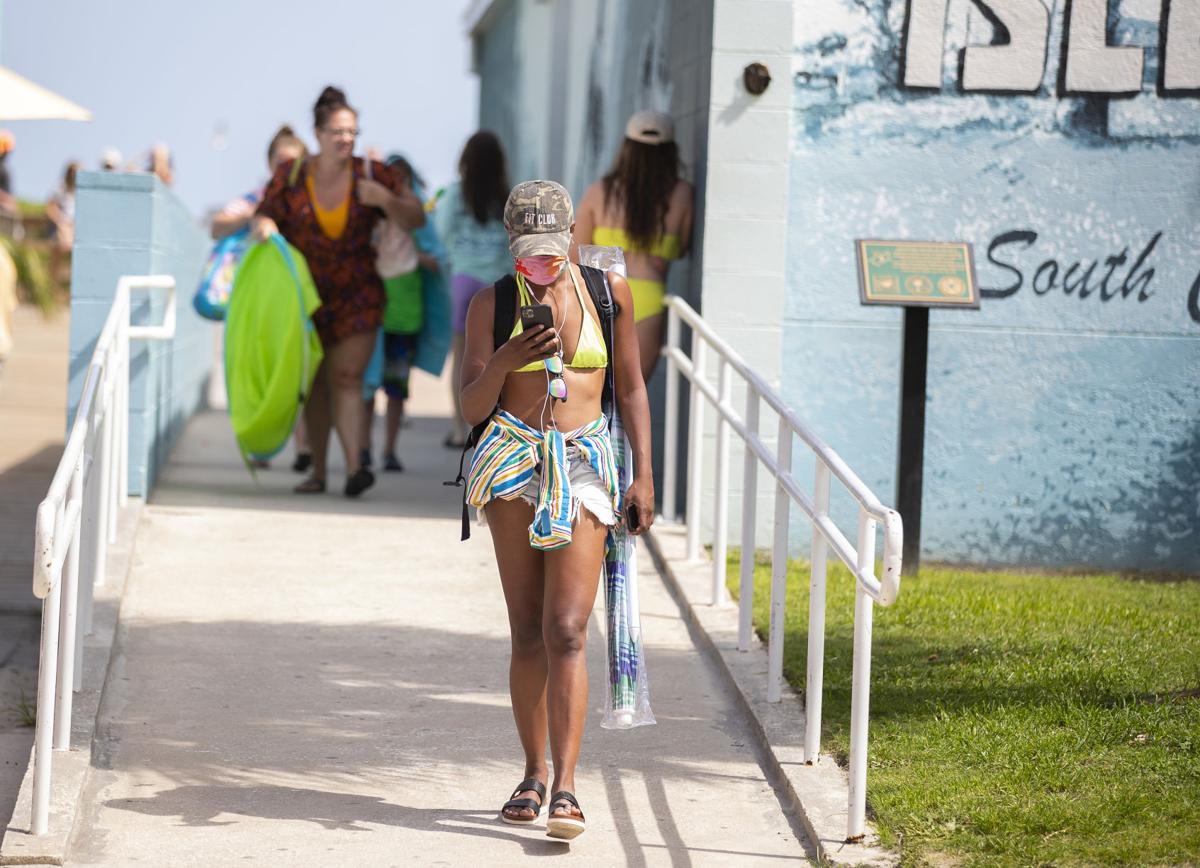 People leave the beach at Isle of Palms on Friday, June 26, 2020. Lauren Petracca/Staff

The beach at Isle of Palms attracted a crowd Friday. Lauren Petracca/Staff

A family from Charleston and North Charleston play with bubbles as they celebrate a birthday on Isle of Palms on Friday, June 26, 2020. They said they didn't see anyone else on the beach wearing a mask. Lauren Petracca/Staff

People leave the beach at Isle of Palms on Friday, June 26, 2020. Lauren Petracca/Staff

Small municipalities in the Lowcountry are passing ordinances and resolutions telling or advising residents to wear masks as COVID-19 cases skyrocket throughout South Carolina.

On Friday, Hanahan, Isle of Palms and Edisto Beach all held meetings to discuss ordinances, as a wave of municipalities take matters into their own hands due, in part, to Gov. Henry McMaster's refusal to institute a statewide mask mandate.

Later in the day, McMaster not only doubled down on his choice not to enact an mask mandate but also said local municipalities' ordinances aren't effective.

"If they want to impose a reasonable, legal limitation, there’s no obstacle to that, but enforcement is the challenge." McMaster said. "Some states say face masks are mandatory, but they announce they’re not going to enforce it or have any penalties. That, I believe, is making a misperception and false sense of security. What we’re doing in South Carolina is, we’re telling you in the strongest, most urgent terms to follow the rules."

One city made it a law to wear a mask, another formally urged residents to wear one and one small town said the state should be doing more and left it up to them.

Larger and more urban cities of Columbia, Charleston and Greenville have all passed ordinances that require residents to wear masks in public spaces.

Earlier this week, Isle of Palm City Council voted down a face mask mandate, but then residents of the barrier island demanded that they pass one.

According to Mayor Jimmy Carroll, all but three of 72 comments from residents were calling for a mask requirement.

That led to an emergency meeting Friday, and a requirement that masks be worn starting July 1 in retail and food service establishments.

The vote was 6-2, with Jimmy Ward and Kevin Popson opposed, and Ryan Buckhannon absent.

Councilman Rusty Streetman voted against such a regulation earlier in the week, but changed his tune on Friday.

"But I’ve got to say that, since then, with all the comments that have come in and the personal interactions I’ve had, I’m convinced we need to listen to the citizens of the Island," Streetman said. "Our citizens want us to enact a mandatory face mask ordinance."

But some municipalities, for fear of not being able to enforce the law or worries that their councils will come off too strict, have opted for resolutions instead.

Unlike ordinances, resolutions don't have the force of law.

On Thursday night, a proposed ordinance in Goose Creek that would have required masks was voted down. A resolution was passed instead.

On Friday afternoon, nearby Hanahan followed in Goose Creek's footsteps and unanimously passed a resolution urging residents to wear masks during an emergency City Council meeting.

Hanahan Mayor Christe Rainwater said resolutions can pass easier than a law and that they have the same effect in advising the public.

"We're not looking to ticket people," she said. "We feel like there is enough evidence to suggest this would help prompt public understanding. ... We want to urge people to use common sense."

The S.C. Department of Health and Environmental Control reports at least 159 positive COVID-19 cases in Hanahan and estimates nearly 1,000 more that haven't been reported.

The town of Edisto Beach rejected the idea of requiring face masks Friday, and did not pass an ordinance or a formal resolution. Officials did, however, have strong words for people who go without.

“If you’re not wearing a mask, I believe I would categorize you as selfish and irresponsible,” said Mayor Jane Darby.

She said all but one member of Town Council opposed making masks mandatory, and four votes would have been needed to impose the requirement.

“We’re fatigued, we’re tired, and we’re testy because everyone wants us to legislate human behavior,” Darby said. “We just don’t like ordinances and regulations, and don’t want to be forced into doing it.”

Like other municipalities, Darby called for action from McMaster.

“We feel like the direction should be coming from the state,” she said. “If our situation worsens, we will be back at the table.”

Edisto has relatively few cases, according to DHEC data. At least five positive COVID-19 cases have been detected, and there could be as many as 40 more that have gone unreported.

Mount Pleasant had an emergency meeting scheduled for Friday afternoon to address a possible ordinance, but it was canceled at the last minute.

At a press conference, Mount Pleasant Mayor Will Haynie said he hopes to reschedule it for Monday.

In defending the idea of a mask ordinance, Haynie said, "There's nobody who can't do business wearing a mask."

Seanna Adcox contributed to this report