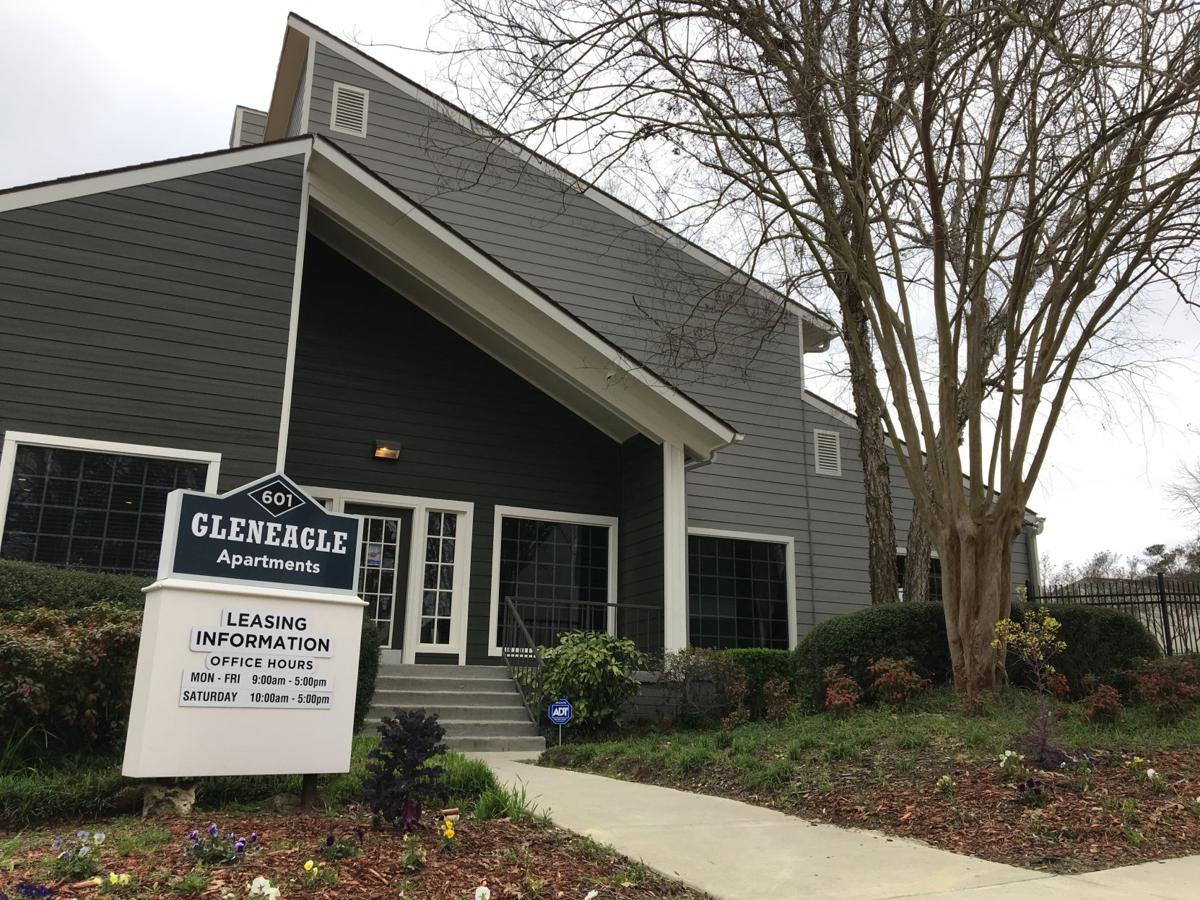 Gleneagle Apartments evicted two tenants on Monday, March 16, 2020, during the coronavirus outbreak while Lexington County continued operating its magistrate court. “Where do you think somebody is supposed to go at a time like this?” one tenant said. File/Joseph Cranney/Staff 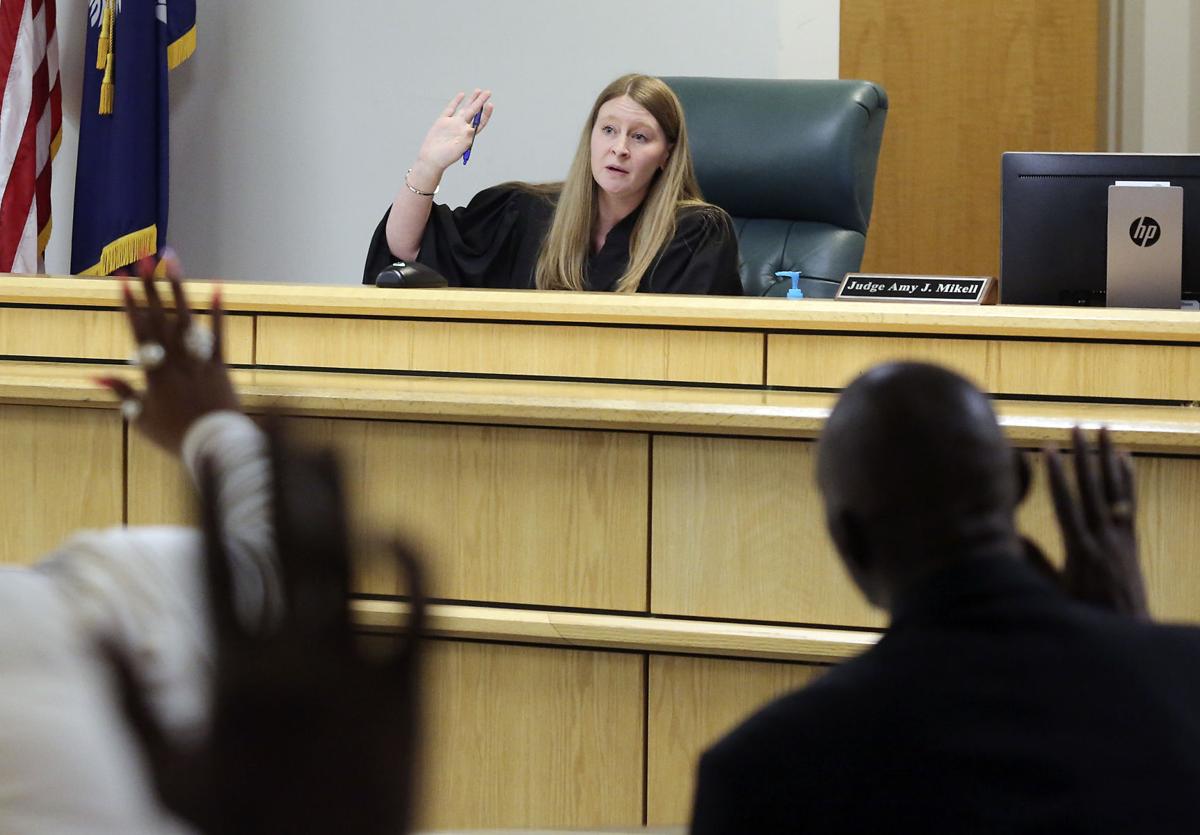 Gleneagle Apartments evicted two tenants on Monday, March 16, 2020, during the coronavirus outbreak while Lexington County continued operating its magistrate court. “Where do you think somebody is supposed to go at a time like this?” one tenant said. File/Joseph Cranney/Staff

COLUMBIA — Charleston County, which by one measure hosts the highest eviction rate in the nation, put a two-week stop Monday on all evictions and other civil matters in magistrates court as officials work to beat back the spread of coronavirus.

While some advocates and state lawmakers have called for a halt on evictions statewide, no other South Carolina major metro area was known to have enacted a countywide moratorium as of Monday.

“I applaud Charleston County for taking the lead on this,” said state Rep. Marvin Pendarvis, a North Charleston Democrat.

He and others have stressed that displacing tenants, including those living on a low income, puts them in harm’s way during the deadly outbreak. It also poses a risk to public health to put potentially infected people out on the streets, they contend.

Other areas already hit hard by the public health crisis have halted evictions. That includes Baltimore, Miami and Seattle.

North Charleston has the highest eviction rate of any large city in the country, according to a Princeton University analysis of 2016 data. Columbia ranked seventh.

In a Monday order to local courts, which do not handle felony cases, S.C. Supreme Court Chief Justice Donald Beatty postponed jury trials but allowed other criminal and civil matters to continue. The order did not address evictions, and through a spokeswoman, Beatty declined to answer questions.

For state Rep. Justin Bamberg, a Bamberg Democrat, the order didn’t go far enough. He called for a statewide freeze on eviction proceedings and condemned property owners who continue to take their tenants to court.

“At a time when people in South Carolina should be doing everything they can to look out for each other, as a humanitarian issue, it’s extremely cold and callous to evict someone right now,” Bamberg said.

Hundreds of municipal judges and county magistrates preside over most of South Carolina’s minor criminal and civil offenses. In municipal court, that includes traffic tickets and misdemeanor crimes like petty theft and disorderly conduct.

Magistrates handle those and other criminal matters, too, in addition to all evictions.

Through this patchwork of local courts, the approach for how to handle civil and criminal cases during the coronavirus outbreak varied Monday from county to county, judge to judge.

Leshia Utsey, a Columbia spokeswoman, said the city moved to close its courts after Gov. Henry McMaster declared a state of emergency Sunday. The closure came as quickly as possible, she said.

One magistrate in North Greenville said he decided Monday to halt eviction proceedings in his courtroom. He couldn’t speak for the nearly 20 magistrates presiding in the other districts of the county of more than 500,000.

And in Lexington County, Magistrate Rebecca Adams' civil docket on Monday included a stack of evictions.

That included the one facing Tammy Thompson, a single mother who is 46 years old and out of work. She has also recently fallen ill. Before her hearing, she used her left hand to block the courtroom’s bright light and let out hacking coughs.

“I don’t know how I can help you,” Adams said. She pressed for few details on Thompson’s illness before ordering her and her 6-year-old son out of their apartment within nine days.

Like many other defendants in the state’s magistrate courts, Thompson did not have a lawyer.

Her Columbia address falls just within the Lexington County boundary. If she had lived 10 minutes east, she would be covered by a court district in Richland County, where a magistrate already postponed this week’s evictions.

One of Thompson's neighbors, Xavier Henderson, faced a similar fate.

Before his eviction hearing Monday, he wondered aloud if the proceeding would be canceled due to the virus. Appearing before Adams alone, he told the judge he had lost his job, but found work recently loading steel at a Lexington warehouse.

He is 28 years old, with four kids. His wife is six weeks pregnant with a fifth.

Adams ordered Henderson and his family out of the house in 10 days. He acknowledged owing his landlord more than $3,800, but expressed disbelief at being evicted while the virus continues to spread.

“How can you put somebody out when you don’t know what’s going to happen?” he said.

In an interview, Adams suggested there was little she could do to block the evictions, both filed by Gleneagle Apartments. “I think I was fair,” she said.

The group’s assistant property manager, Clark Gray, said by proceeding with the cases, he was only following the court’s lead in staying open during the pandemic. “It’s the last thing I wanted to do,” he said. “But at the end of the day I have to do what’s best for everybody.”

Thompson said she has nowhere to stay. She has trouble moving through bouts of sweats and nausea, she said. There was no way of knowing the cause of those symptoms, she said, but complained of black mold in her apartment.

She sought assistance Monday from the Salvation Army and planned to pick up meals for her and her son at a local school.

“I don’t have any family.” She may end up homeless, she said.

“Where do you think somebody is supposed to go at a time like this?”