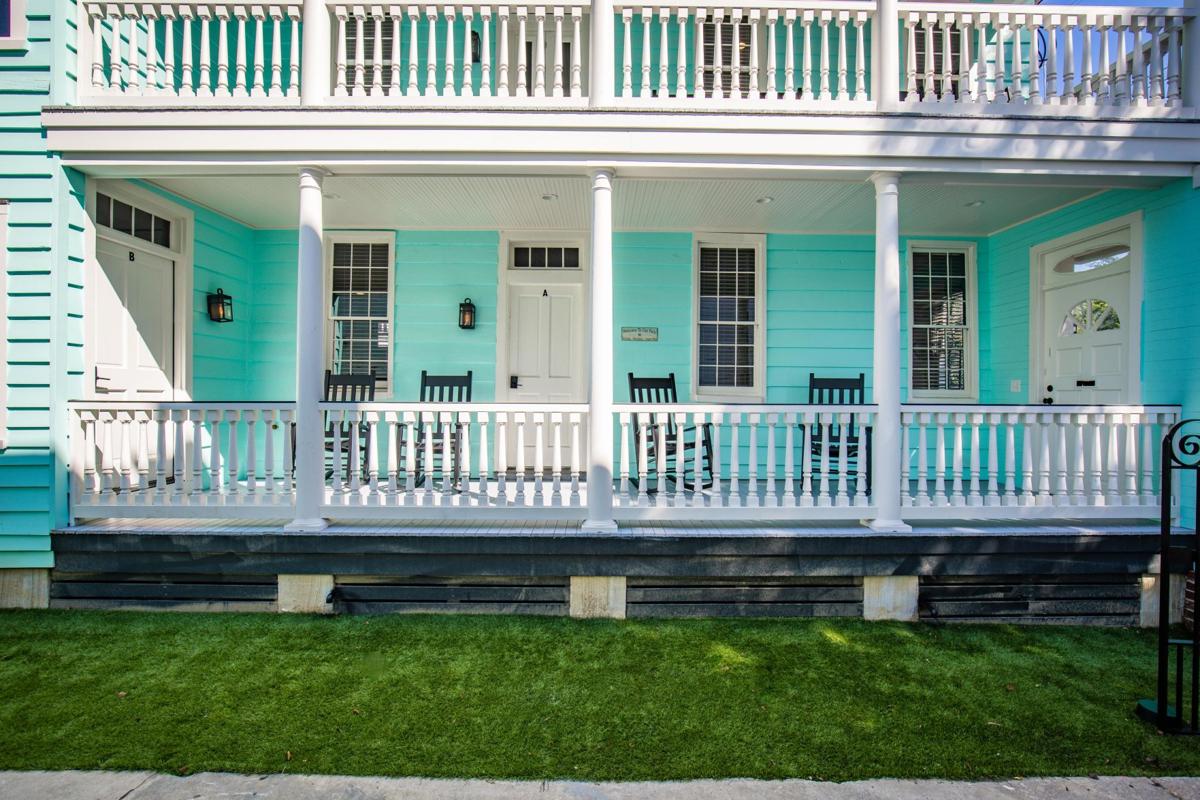 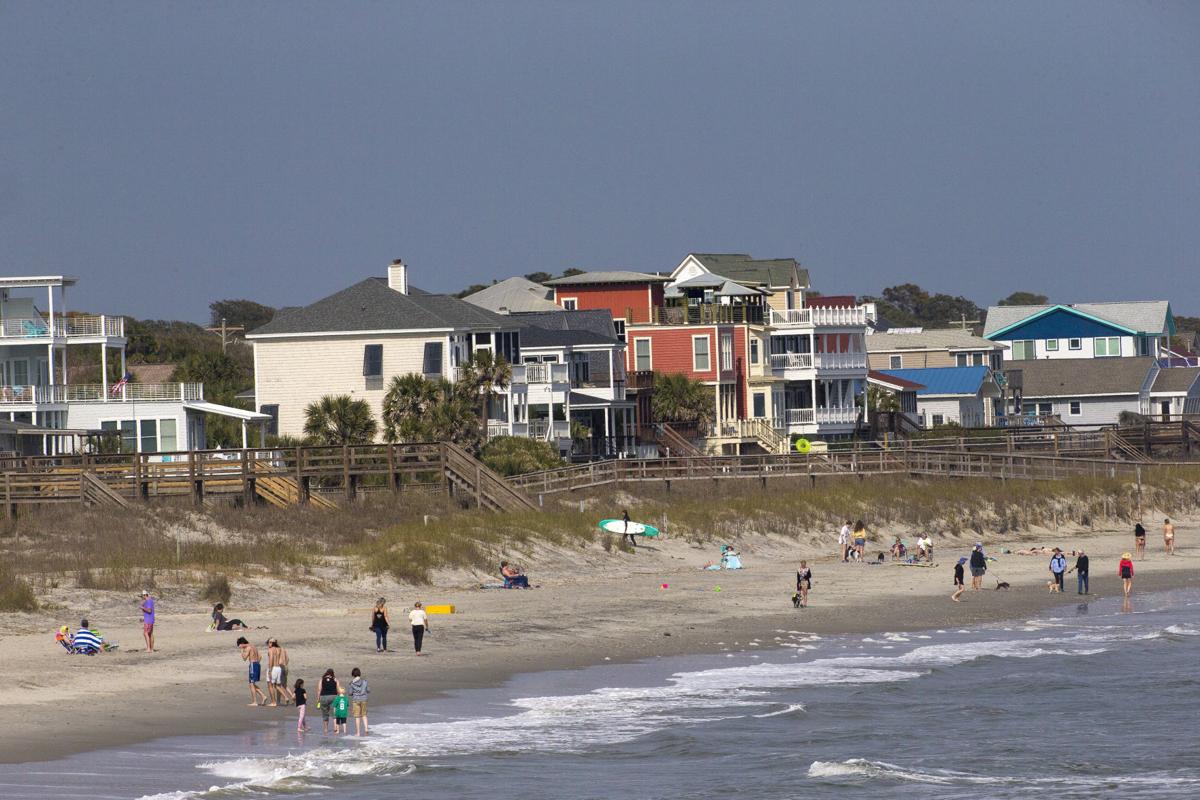 The city of Folly Beach voted to temporarily prohibit new bookings at short-term rentals and hotels due to concerns about the spread of the coronavirus. File/Andrew J. Whitaker/Staff

Short-term rentals, like all tourism-related businesses, are feeling the brunt of travel declines brought on by the coronavirus pandemic, but some in this growing corner of the lodging industry see signs the category could bounce back quickly.

Around the globe, booking platforms like Airbnb, VRBO and HomeAway saw demand fall as the outbreak escalated, but the impact has varied based on location.

Urban destinations have been "significantly more exposed to fluctuations" caused by the health crisis than leisure and resort destinations, according to a study published in March by the short-term rental tracking site AirDNA.

That's likely already changed, as vacation destinations continue to close the door on new rental reservations out of concern for their residents.

In the Charleston area, several beachfront communities — including Folly Beach, Kiawah Island, Edisto Beach and Isle of Palms — have restrictions in place to temporarily bar new bookings at short-term rentals.

Myrtle Beach, which has the most active short-term rental units of any destination in the state, has prohibited new bookings across all accommodations, including short-term rentals, hotels, condos and campsites.

Some officials at Charleston-area beach communities cited concerns that short-term renters from out-of-state were looking to escape areas with more severe outbreaks by booking stays in South Carolina's coastal communities.

Bill Duncan, who owns a short-term rental on Kiawah, said he received several inquiries from prospective guests who were "wanting to get away from places where they believed the virus was."

Duncan, who has been renting the house since 2006, said that up until three weeks ago, he had "by a wide margin" been having the best year yet for bookings.

Once the health crisis escalated, he expected cancellations, and they came, but Duncan said he was surprised to still hear from prospective guests.

"They weren’t appropriate parties for our rental," he said. "They were large groups that wanted to get together, almost similar to some people wanting to have a hurricane party."

The inquiries came from people living near Chicago and New York, Duncan said, but those groups did not actually book stays at the rental.

Kiawah Island Town Council assured residents before approving its restrictions that, even before the temporary rule change, short-term renters' presence on the island was small, with just about 10 percent of available properties rented out in mid-March.

Duncan said he's "cautiously optimistic" his rental will see strong bookings later this year, possibly from guests who are craving a private lodging and some much-needed vacation time post-pandemic.

It's not clear yet what impact the coronavirus has had on occupancy and room rates for South Carolina's vacation rentals.

There are more than 50,000 active short-term rental listings in the state, according to the data tracking site AirDNA. That means the category accounts for about 30 percent of all accommodations units in South Carolina.

The state's tourism department recently starting collecting figures on short-term rentals. But, since that information comes out monthly rather than each week, data for March is not yet available.

What is known, state tourism director Duane Parrish said, is that the state's extended-stay hotels — which, like many short-term rentals, have more of a residential feel and come with homey amenities like full-size kitchens — have maintained the highest occupancy rates in the last few weeks.

Most cities in South Carolina, including the city of Charleston, have not put restrictions on new short-term rental bookings.

It's unlikely many new guests are coming, though, based on what Megan Lawson of Charleston Concierge Company has seen this month.

Lawson, who manages a portfolio of short-term rentals in Charleston's Cannonborough-Elliotborough neighborhood, said cancellations came in quickly, particularly as couples started to push off their destination weddings, Lawson said.

"My phone was literally ringing off the hook," she said.

Lawson said she decided the best plan of action was to offer refunds, even for last-minute cancellations. About half of guests who have had to cancel already booked for new dates, she said.

The strongest example was their peak weekend, the Cooper River Bridge Run, which was set for its typical early-April date before being postponed to early August. So far, the rentals Lawson manages are 90 percent booked for the event's rescheduled weekend, she said.

"This year, I think we're going to have August as a peak month," she said. "August will be our April."

Lawson noted that, with social distancing so prominent in people's minds now, whole-house short-term rentals like theirs might be appealing to guests who want to keep their distance from others.

Booking site Airbnb used that argument — that guests will want "more control over their accommodations" in a post-COVID-19 world — in a memo recently sent to potential investors, according to a report from the online tourism publication Skift.

There could be a shake-up in the local real estate market, Lawson said, as some vacation rental owners re-evaluate the investment in light of the slowdown.

"I think our market is going to change," Lawson said. "But for those who planned ahead and were realistic about the rate of return, they'll come out stronger on the other side of this."