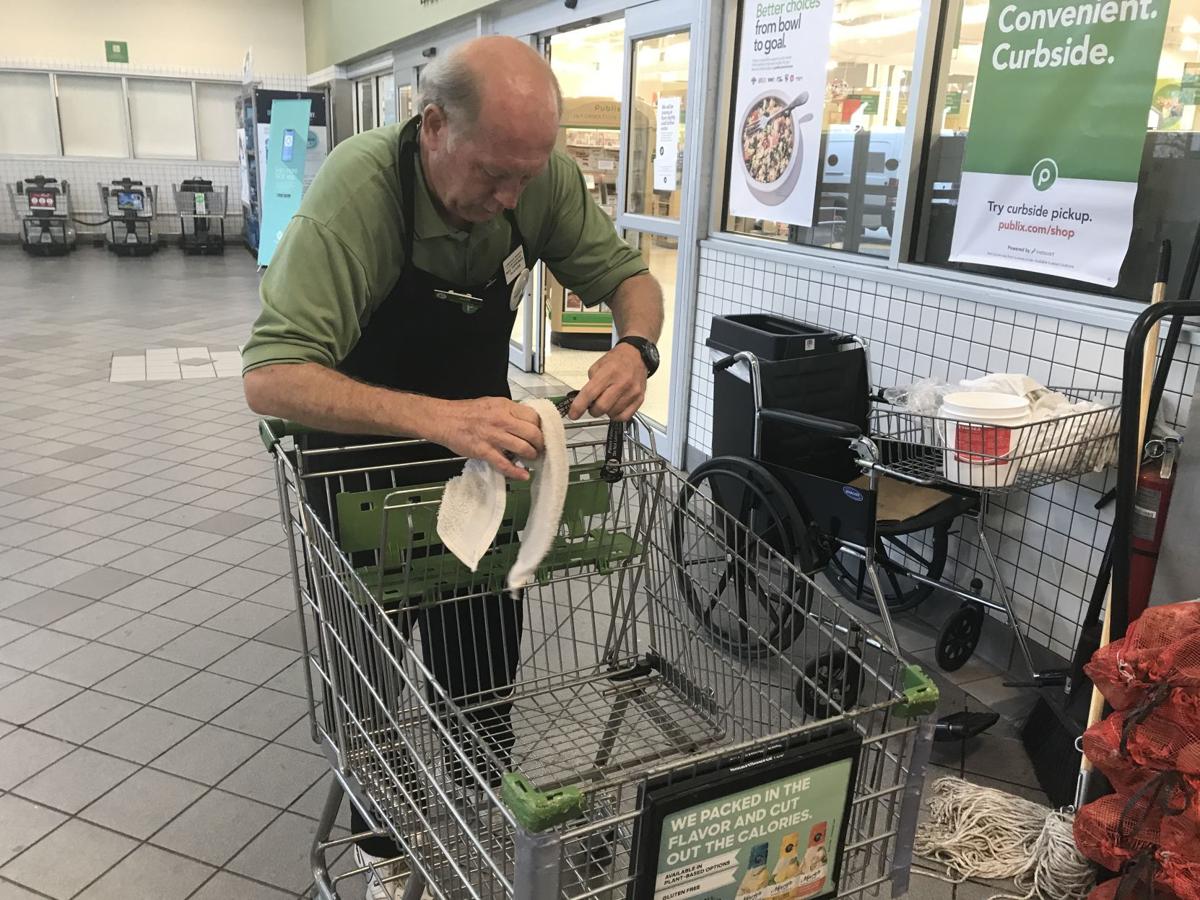 Jeff Williams uses a disinfecting wipe on every shopping cart at a Publix supermarket on Johnnie Dodds Boulevard in Mount Pleasant. "It's a thing you have to do to protect the public's health," he said. Warren L. Wise/Staff 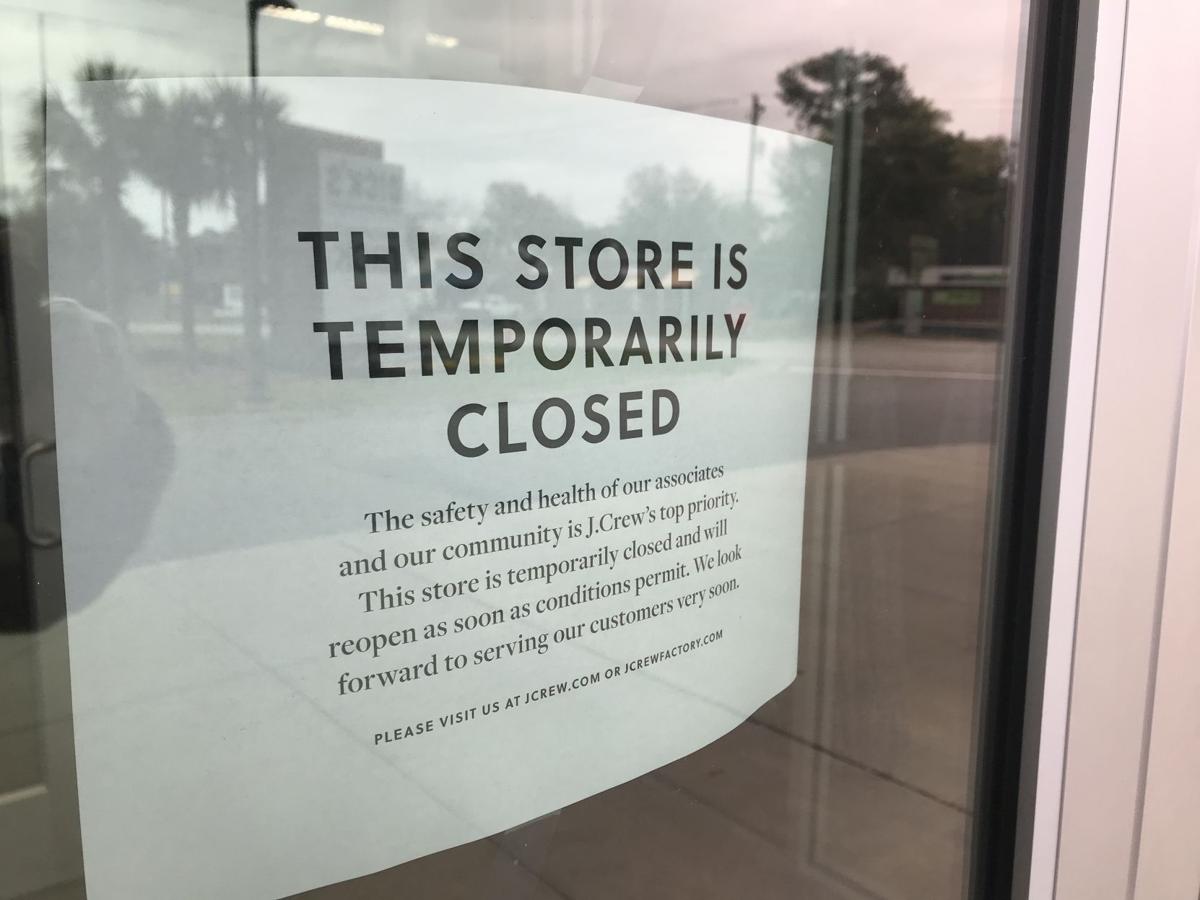 Clothing retailer J. Crew has closed its stores indefinitely because of the coronavirus pandemic. Other national retailers, such as Nordstrom Rack and Anthropologie, have also closed. Warren L. Wise/Staff

"Sale" banners have been replaced with "temporarily closed" signs in windows at a growing number of retail shops across Charleston.

Those staying open are operating under abbreviated hours.

And disinfecting wipe-downs are now commonly seen by employees and customers at many shops.

It's all part of the "new norm" as the coronavirus pandemic continues to incite caution and concern among business owners and their shoppers.

Discount retailer Dollar General is allowing older Americans, who are most vulnerable to the COVID-19 disease, to shop during the first hour every day.

At Publix supermarkets, workers wipe down every shopping cart before customers retrieve them.

At Costco, workers greet customers outside, hand them sanitizing wipes and then collect them in a bag before shoppers come inside.

Chick-fil-A, McDonald's, Hardee's and Dunkin' now offer drive-thru orders only while Starbucks is to-go only. No seating allowed.

Apple closed its stores everywhere around the world except China over the weekend while Anthropologie on King Street displays a sign on the door saying it's closed until at least March 28.

Clothing store Nordstrom and its local affiliate Nordstrom Rack shut down Tuesday while signs at J. Crew and its affiliate J. Crew Mercantile say it will "reopen as soon as conditions permit."

Tanger Outlets in North Charleston trimmed its hours to 11 a.m. to 7 p.m.  Belk is open 11 a.m. to 6 p.m., with shorter hours on Sunday. At Mount Pleasant Towne Centre, the website says it's open and operating, but several stores and restaurants have reduced hours or closed. Citadel and Northwoods malls are operating normal hours of 10 a.m.-9 p.m., but customers may find some shops with different hours or closed.

Meanwhile, a global research firm believes permanent store closings will eclipse earlier projections this year because of the pandemic.

Deborah Weinswig, CEO of Coresight Research, told the Associated Press she now expects 15,000 stores to close this year, nearly double her forecast of 8,000 that she made earlier this year. She expects retailers could be closed for three months, not just two weeks.

"We are in a sustained spending halt," she said.

At Dollar General, the company encourages older, at-risk customers to purchase items they need and want at the beginning of each day so they can avoid busier and more crowded shopping periods.

"Other customers are encouraged to plan their shopping trips around this window of time to allow the most susceptible customers in our communities the ability to shop during the first hour that stores are open," the company said.

Hours vary among locations at the discount retailer, but most of those in the Charleston area open at 8 a.m. They will be closing earlier than normal in the evenings to allow for cleaning and restocking.