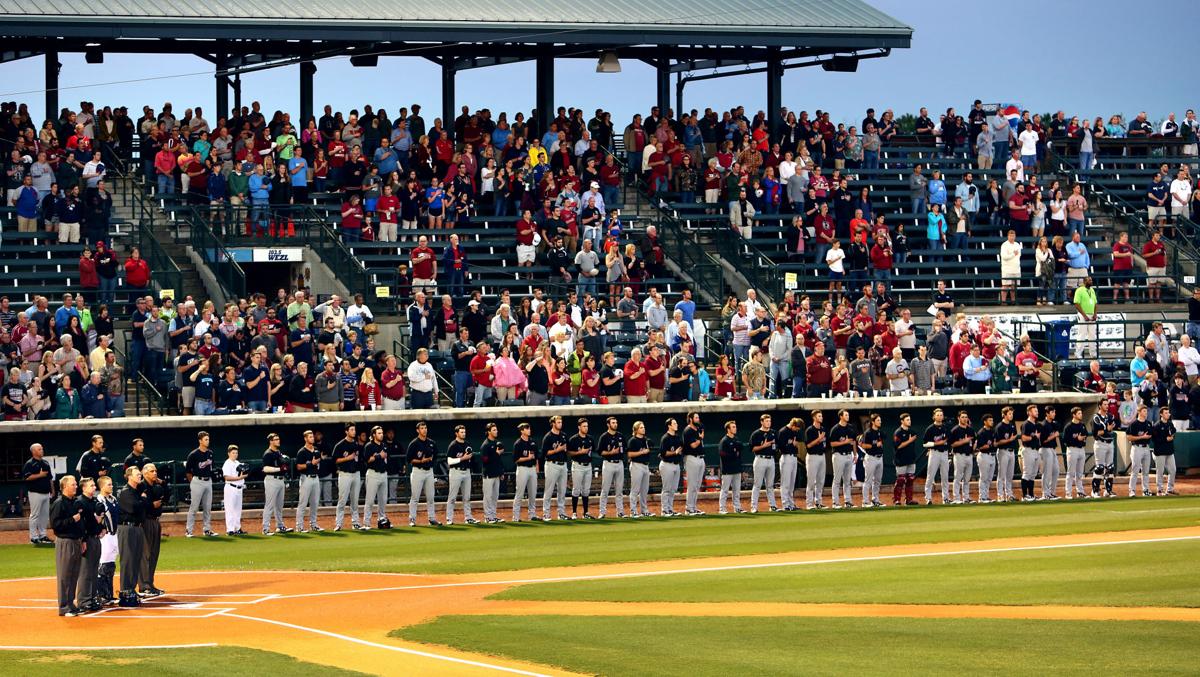 The Citadel estimated it would make $50,000 in ticket sales for each of two baseball games against South Carolina and Clemson at Riley Park this season. Those games have been wiped out by the coronavirus pandemic. File/Staff 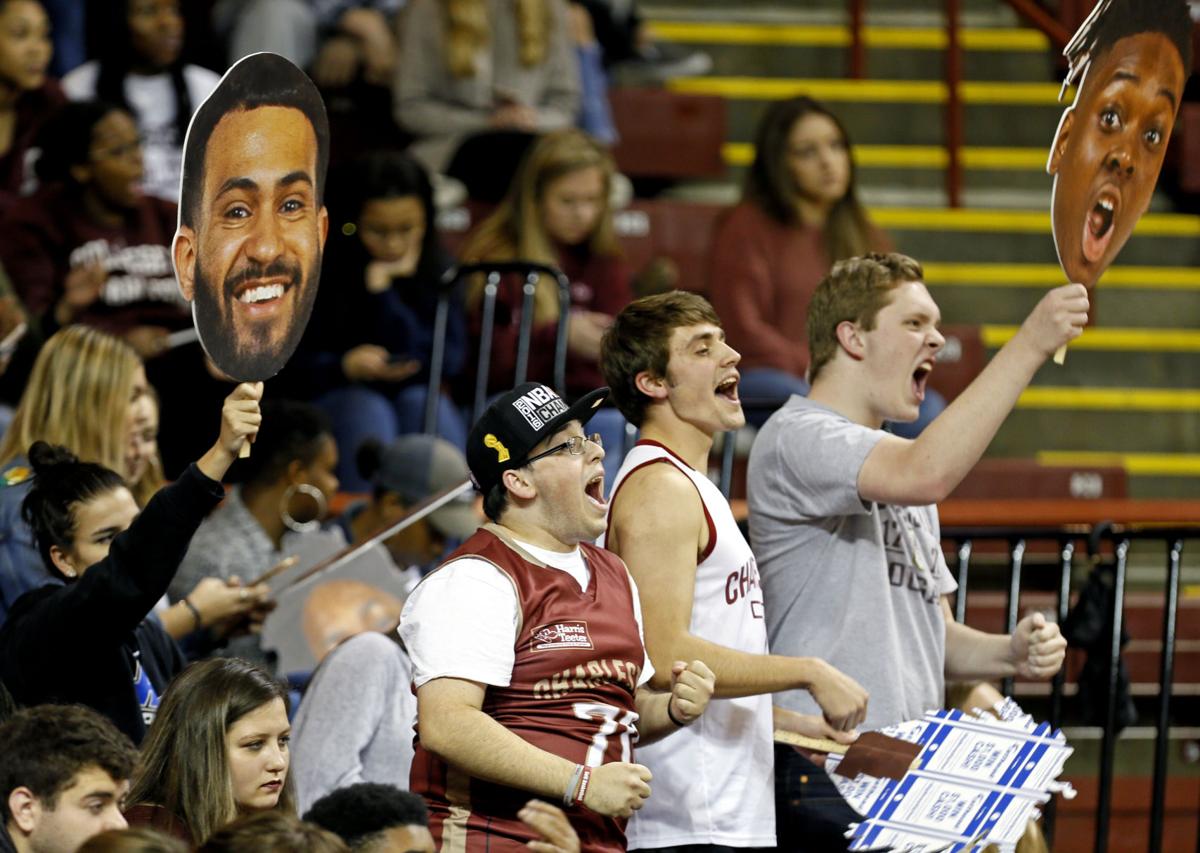 Old Dominion University already has dropped its men's wrestling program. Iowa State — a member of the Big 12, one of the richer college sports conferences in the country — has slashed coaches' salaries.

On Friday morning, The Citadel's Mike Capaccio was on his way to an informal meeting with fellow athletic directors, hoping to brainstorm ideas on how to handle a looming financial hit for college athletic departments from the global coronavirus pandemic.

Cutting programs and salaries, playing reduced schedules, furloughing employees — it's likely all on the table as college athletic directors ponder how to handle inevitable belt-tightening that's already started at many schools after the virus shut down spring sports and caused the cancellation of the lucrative NCAA men's basketball tournament.

The NCAA recently announced it would cut its annual payout to D-I schools from the men's basketball tournament by $375 million, from an expected $600 million to $225 million.

For schools such as The Citadel, College of Charleston and CSU, that means they will receive about one-third of what they usually budget for from the NCAA.

"The fallout from not having the tournament is definitely going to affect us in a negative way," said College of Charleston athletic director Matt Roberts. "It's going to be about 70 percent less for each NCAA institution. It comes out to about $200,000 less that what we'd normally get. That's the estimate."

College of Charleston received $484,569 from the NCAA in 2018, according to the Knight Commission's financial database for college athletics.

Said CSU's Barber: "The NCAA revenue is around 31 percent of what was expected before the virus. Obviously, not having March Madness is the reason." As a private school, CSU does not have to provide data to the Knight Commission.

The three schools are realizing some short-term savings from the cancellation of spring sports and recruiting, the athletic directors said. College of Charleston's Roberts put the figure at about $300,000 for his school, while The Citadel and CSU each are at about $180,000 for the spring, their ADs said.

The Citadel's Capaccio noted that the Bulldogs were due to host both South Carolina and Clemson in baseball at Riley Park this season, costing the military school two big paydays at the gate. Capaccio said The Citadel would have made about $50,000 for each game.

"Those are big crowds and big games and that was a huge part of our baseball budget," Capaccio said. "So whatever savings we've had, that's probably a wash."

Short-term savings pale in the face of what's ahead, depending on how long the coronavirus shutdown lasts. Colleges already are refunding students who are being forced to take online-only classes this semester, and could be looking at declining enrollments in the future.

Many mid-major schools depend on student fees to fund athletics.

If enrollment declines, those fees might have to increase, another hit for financially strapped families of college students.

"Athletic departments like us rely heavily on student fees," Roberts said. "It's yet to be determined how much enrollment will decline during summer school, but that will negatively impact our budget."

Roberts said College of Charleston also will lose revenue from the shutdown of Charleston Battery soccer at Patriots Point, and from the cancellation of Spoleto.

"That's normally a nice revenue stream for us," Roberts said of Spoleto, the annual arts festival. "There are a lot of things that are being canceled that will negatively impact our bottom line."

Fund-raising also is at risk for organizations such as College of Charleston's Cougar Club and The Citadel's Brigadier Foundation, which raise money for athletic scholarships.

"We were on track to meet our budgetary goal from a giving standpoint," Roberts said. "With the suspension of athletics, we don't know if there will be a big appetite for donors to renew their annual memberships in the Cougar Club. That's the big unknown, because it's very difficult to be in a position to ask for dollars when peoples' own financial situation is unknown."

The Citadel has been raising money to rebuild the east side of Johnson Hagood Stadium. That's at a virtual standstill right now, Capaccio said.

And then there's the prospect of a delayed, or even canceled, football season in the fall.

"We're going to be having discussions about the fall," said Southern Conference commissioner Jim Schaus, whose league includes in-state schools The Citadel, Furman and Wofford. "And it's prudent for us to start having some general conversations about what happens to fall sports schedules, the regular season and championships.

"We certainly hope that doesn't happen, but these are things we really have no control over. It's prudent to start looking forward and plan in advance."

Said Roberts: "The longer these social distancing initiatives and mandates stay in place, the more at risk some institutions are going to be, especially ones that rely so heavily on football ticket sales."

The Citadel earned about $2.1 million in ticket sales in 2018, mostly from football, and that accounted for about 11 percent of athletic revenues. The Bulldogs are six home football games in 2020, plus a $450,000 guarantee game at Clemson.

"The biggest thing for us is how long will this last?"  Capaccio said. "Right now we are tightening up and investigating a lot of different avenues. We are cutting back on everything and trying to finish as close as we can to balancing our budget. That will be very difficult, but that's our goal."