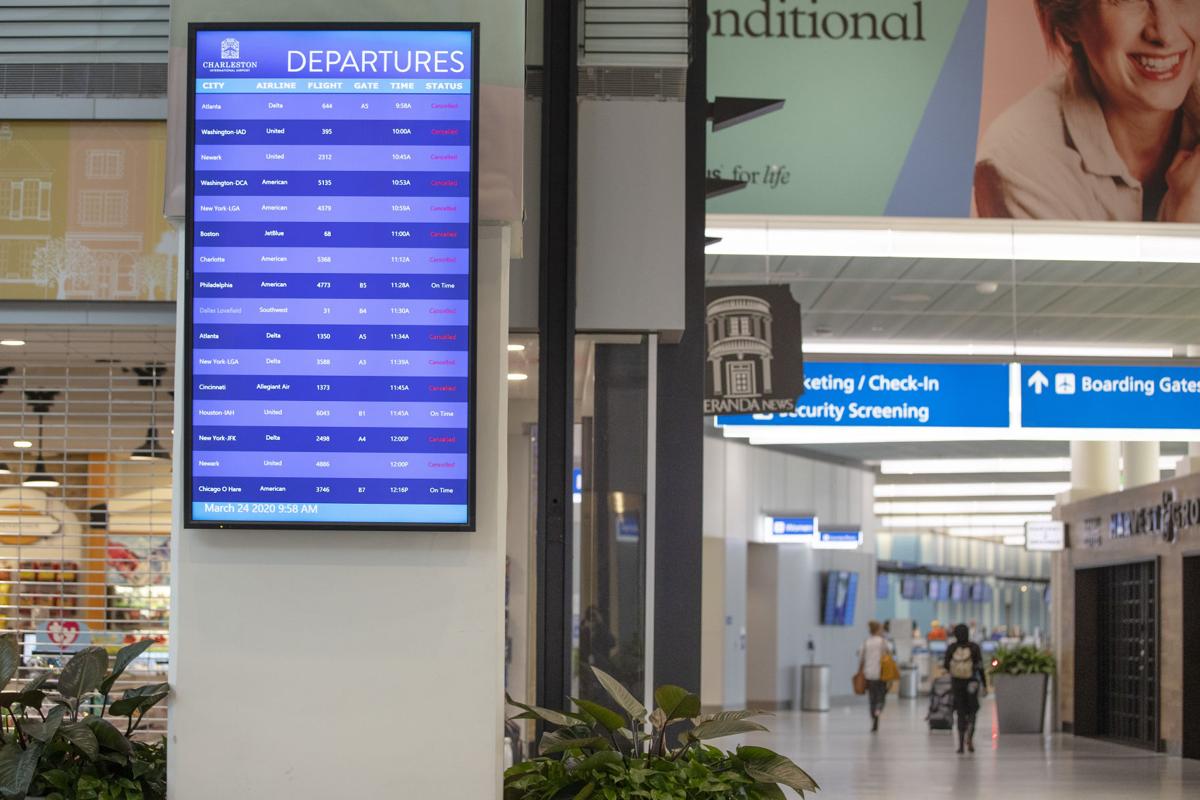 Most flights continue to be cancelled at Charleston International Airport, like this departure board shows in late March. The airport's passenger levels are down 95 percent from this time last year because of the coronavirus. File/Lauren Petracca/Staff 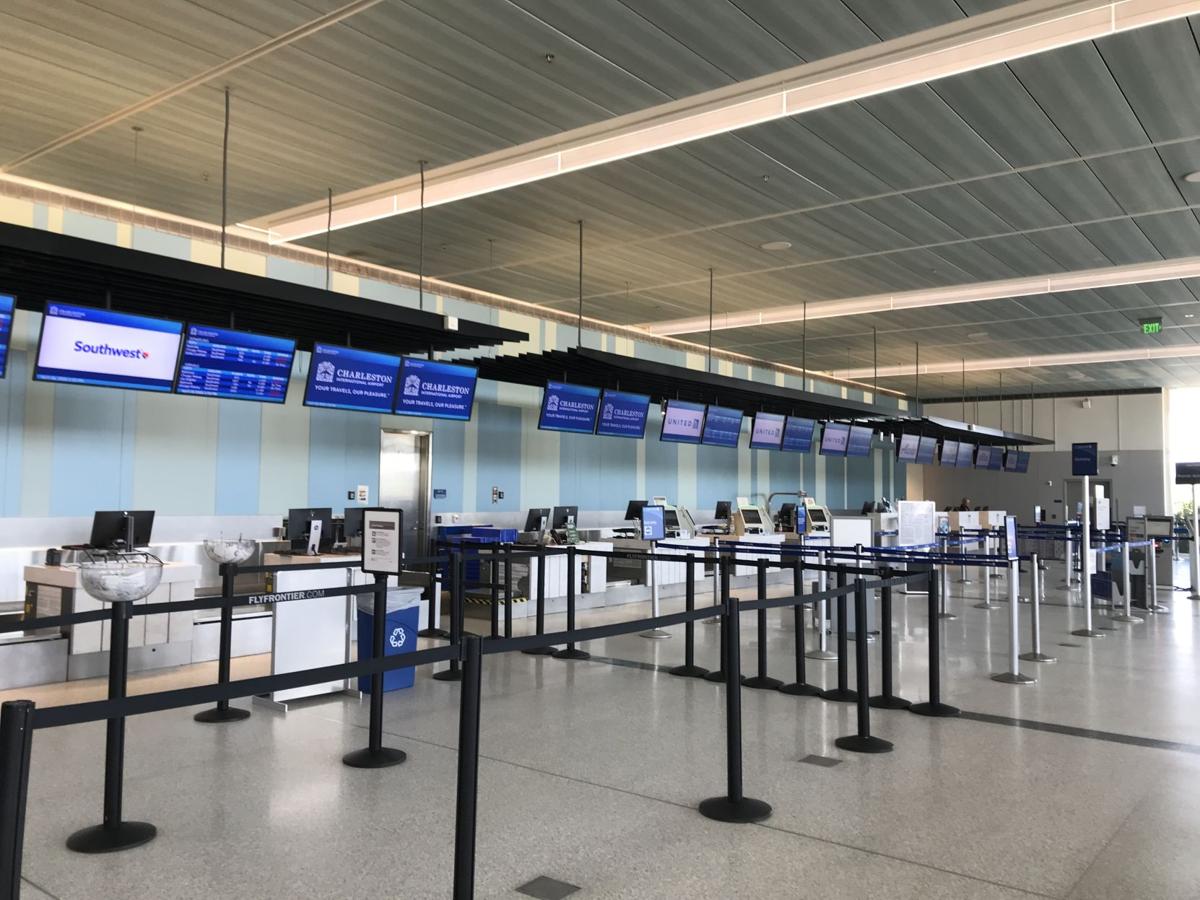 The normally busy airline check-in stations at Charleston International Airport have no customers at mid-afternoon Thursday because of the coronavirus. Warren L. Wise/Staff 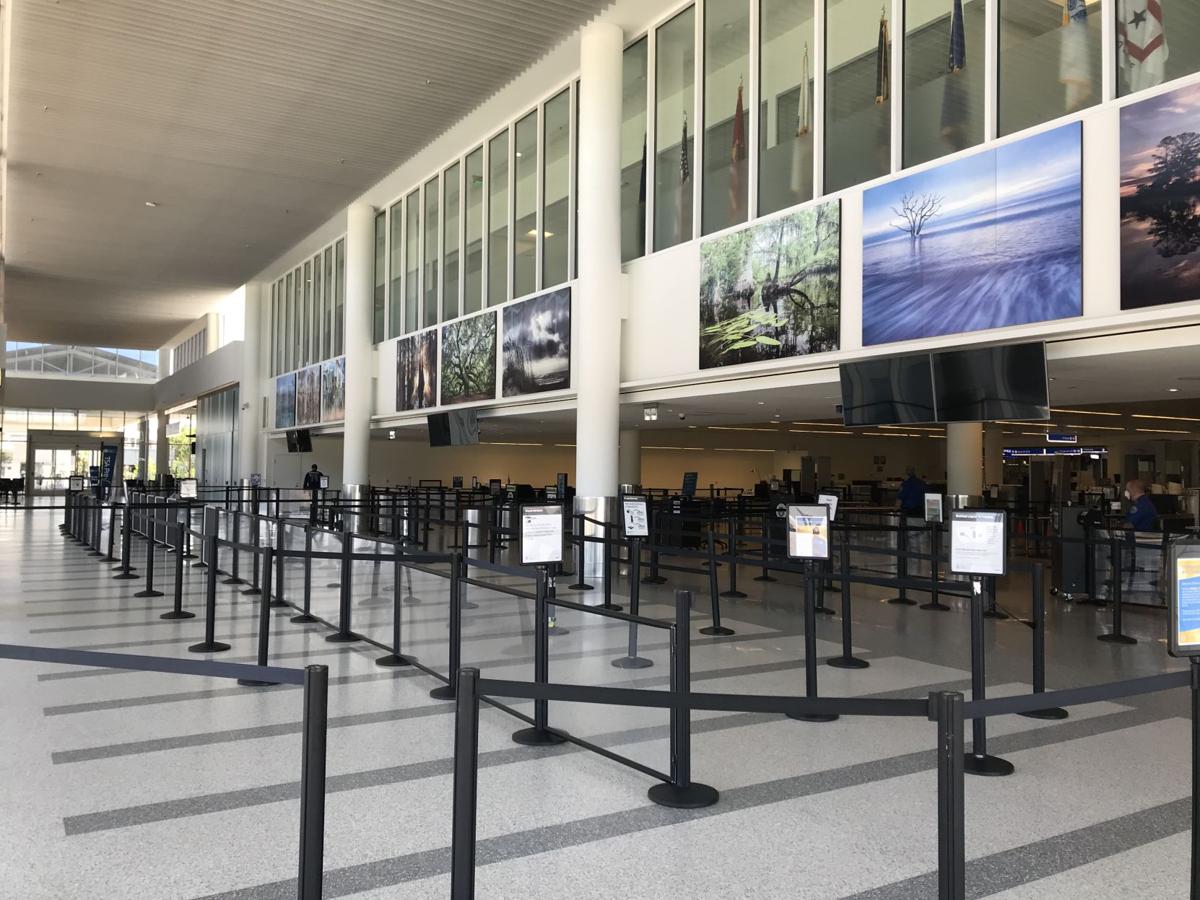 Lines of passengers can usually be seen at the Transportation Security Administration checkpoint at Charleston International Airport. At mid-afternoon Thursday, no one waited to go through security as the coronavirus keeps people at home and away from traveling. Warren L. Wise/Staff

Reeling from an unprecedented 95 percent reduction in passenger volume, Charleston International plans to slash $25 million from next year's spending plan and will postpone a planned expansion of the terminal on both sides.

"The coronavirus has messed all of us up," airport CEO Paul Campbell said. "We are looking at cutting revenue by 30 percent."

The proposed budget for the fiscal year that starts in July was originally $82 million, a jump of about $7 million, or nearly 10 percent, over the current spending layout.

The projected spending plan is now down to about $57 million. Campbell cautioned the numbers are preliminary, and the 11-member airport board is not expected to sign off on the budget until May.

That's now been cut to 3.5 million, but the final figure will largely depend on when the virus-fearing public believes it's safe to fly again.

During the first three months of this year, the airport saw just over 777,000 passengers, down 17 percent from the same time last year. The numbers were buoyed by nearly 600,000 arrivals and departures in January and February. March's count was down 50 percent, and April is expected to be down by 95 percent or more.

Boston estimated a return to pre-pandemic passenger levels by 2023 as "our best guess."

In addition to the lost revenue from the trickle of passengers boarding airplanes, the airport is also cutting several big-ticket equipment purchases planned for next year such as forklifts, trucks and police cars.

Discretionary spending for the rest of this year and next year has been eliminated and a hiring freeze has been put in place.

The airport currently has 184 employees and six open positions. Campbell said the openings will not be filled unless one is "absolutely necessary." There have been no layoffs during the health crisis, and no airport staff members have tested positive for the virus.

The level of passenger activity is down to that of the 1950s, said Gary Edwards, a liaison between the airport and tourism agency Explore Charleston.

"It's a very dire time," he said. "It's prudent to budget for a 40 to 50 percent reduction in activity this year."

Also, preliminary work was expected to begin later this year on expanding the airline ticket counter space along with engineering plans for a third concourse.

Both have been pushed back anywhere from six months to two years, Campbell said.

"We have to wait until the need arises to justify them," Campbell said.

Before coronavirus, SC tourism was tracking to beat record-breaking 2019

Construction on the new $90 million, five-tier parking deck has not been affected by the outbreak and is still on schedule to open in November, ahead of what is normally the peak air-travel season of the year.

Airport officials also must come up with a plan to spend $22.3 million provided by the federal government as part of the coronavirus stimulus aid to offset losses during the pandemic.

"But it's not like they give us $22 million up front," Campbell said. "We have to show them how we are going to spend it."