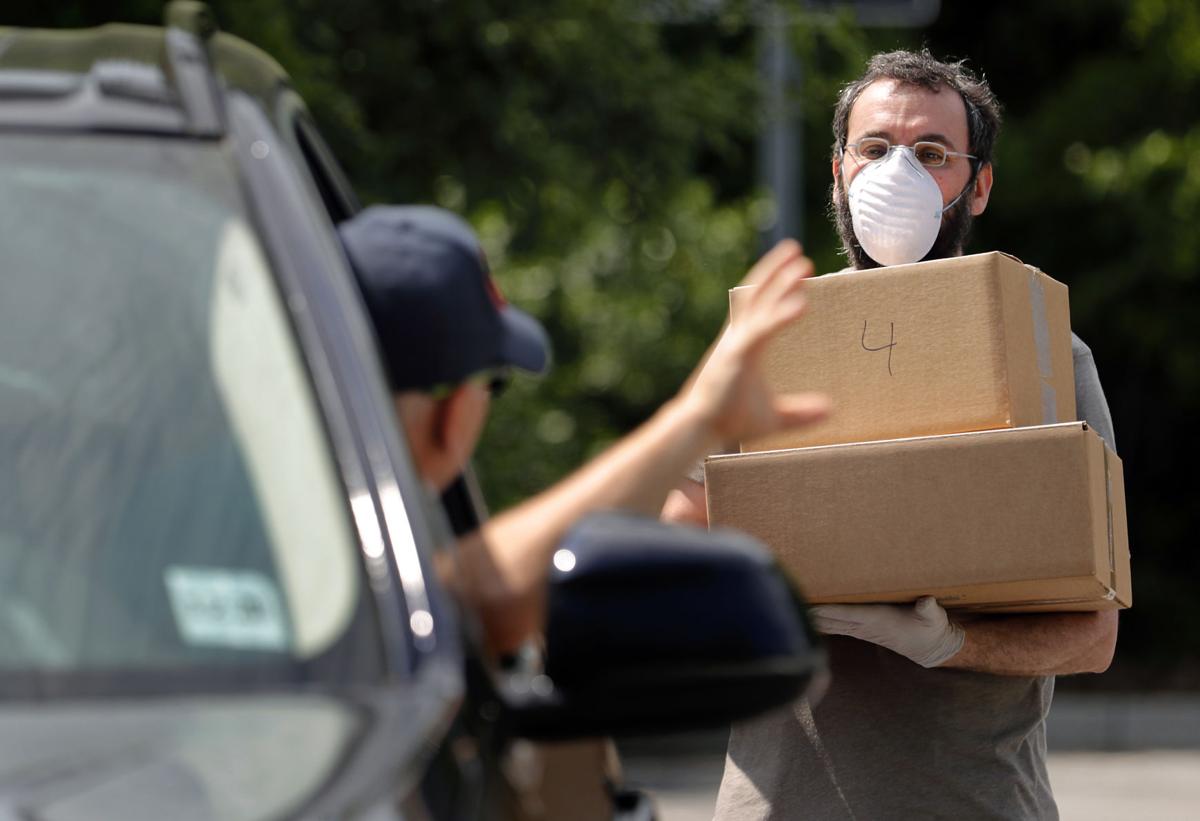 Rabbi Yossi Refson greets friends as he loads Seder meals for Passover in cars at a drive-thru pickup at the Center for Jewish Life Tuesday, April 7, 2020, in Mount Pleasant. Grace Beahm Alford/Staff 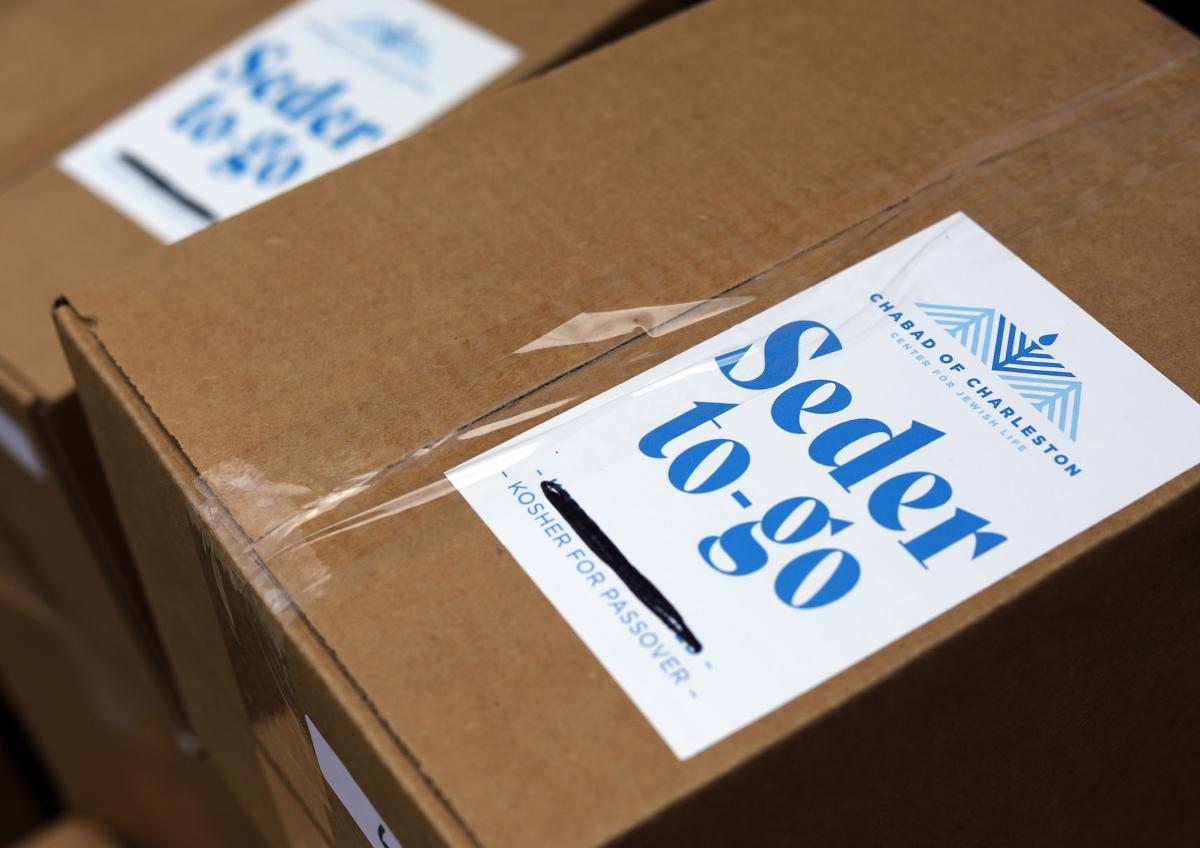 Seder meals for Passover are packaged for pickup at the Center for Jewish Life on Tuesday, April 7, 2020, in Mount Pleasant. Grace Beahm Alford/Staff 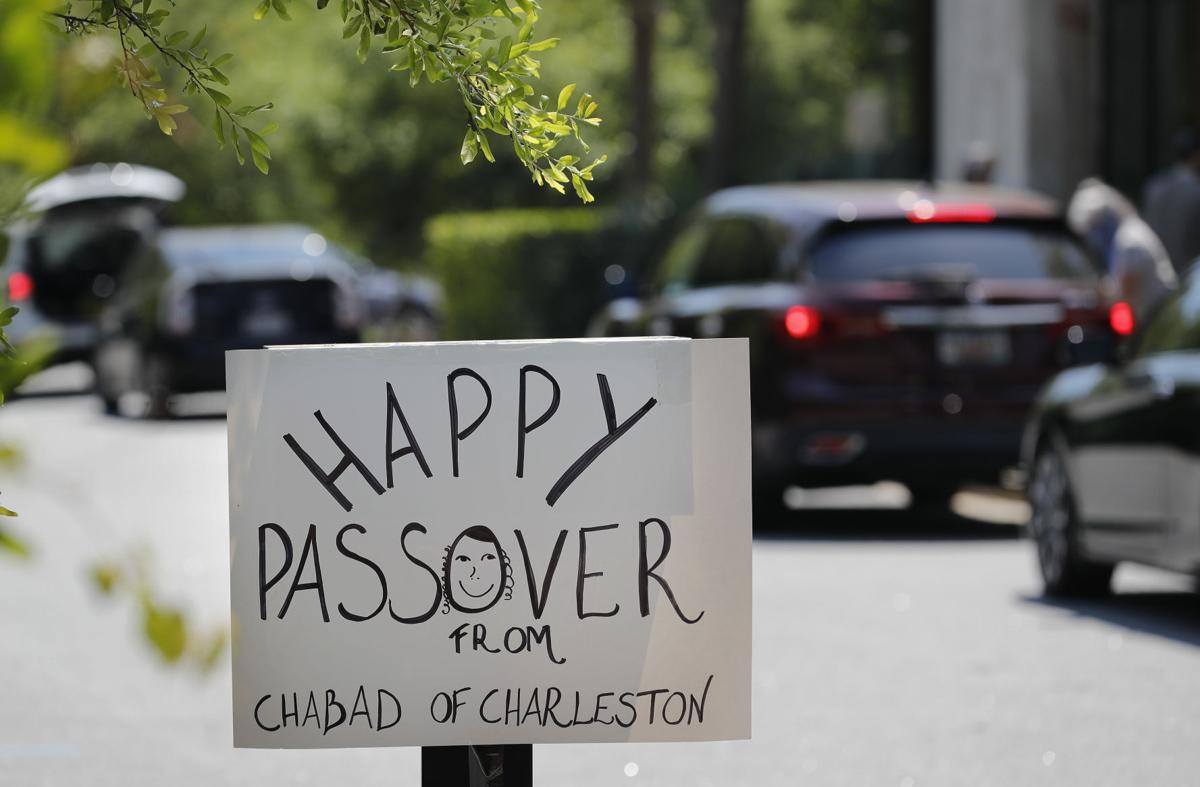 Cars line up to pick up Seder meals for Passover at the Center for Jewish Life on Tuesday, April 7, 2020, in Mount Pleasant. Grace Beahm Alford/Staff

The Chabad of Charleston — Center for Jewish Life prepared 1,000 Seder to-go kits for families struggling to find foods for the religious observance period, which lasts from sundown Wednesday to sundown April 16.

The center will also host a CyberSeder using Facebook Live. Guests can tune in on the Chabad of Charleston Facebook page at 6:30 p.m. Wednesday.

Rabbi Yossi Refson, the religious leader at the center, spoke to how the virus has changed the nature of the holiday that is heavily food and family oriented.

"For the Jewish community specifically, this is a very difficult time of year," Refson said.

The idea came about more than a week ago as volunteers contemplated how to help Jewish communities access foods to celebrate the major religious holiday amid the COVID-19 outbreak, which has made accessing foods challenging.

With the help of donors and about a dozen volunteers decked in masks and gloves on Tuesday, families received boxes of Seder meals from the Mount Pleasant center.

The Seder foods are eaten during the Jewish ritual service that takes place on the first night of Passover, where families members retell the religious story of the Jews' liberation from Egyptian bondage.

Those who helped in the effort said it was fulfilling to be part of the endeavor.

"When you're helping others, it's the greatest gift," said Eli Hyman, a volunteer who also owns Hyman's Seafood in downtown Charleston.

Jewish families who picked up meals were grateful for the center's efforts to help communities during the crisis.

Lawrence Greenspon, who lives in West Ashley, will have a virtual Seder with his daughter, who's a junior at the University of South Carolina, and other family members in Charlotte.

"This will make it special during this very challenging time," he said.

The Hebrew story of hope and liberation has become particularly relevant during the pandemic.

According to Hebrew religious texts, God brought several plagues upon the Egyptians, culminating with an angel slaying the firstborn son in Egyptian homes.

The angel, however, "passed over" Israelite homes marked by lamb's blood on door frames, the text says.

As the biblical figure Moses leads the Jews out of Egypt, they are trapped between an Egyptian army and the Red Sea. Miraculously, God dives the body of water, enabling the Jews to pass through, the story says.

"The story is that eventually, dark times come to an end," Refson said. "If we hold on together, we can get through these difficult times."

Mount Pleasant resident Ellie Barziv said it'll be her first time not celebrating Passover with her parents, who live just two blocks from her home. She'll celebrate the holiday with her husband and son, and attempt to Zoom conference with her parents.