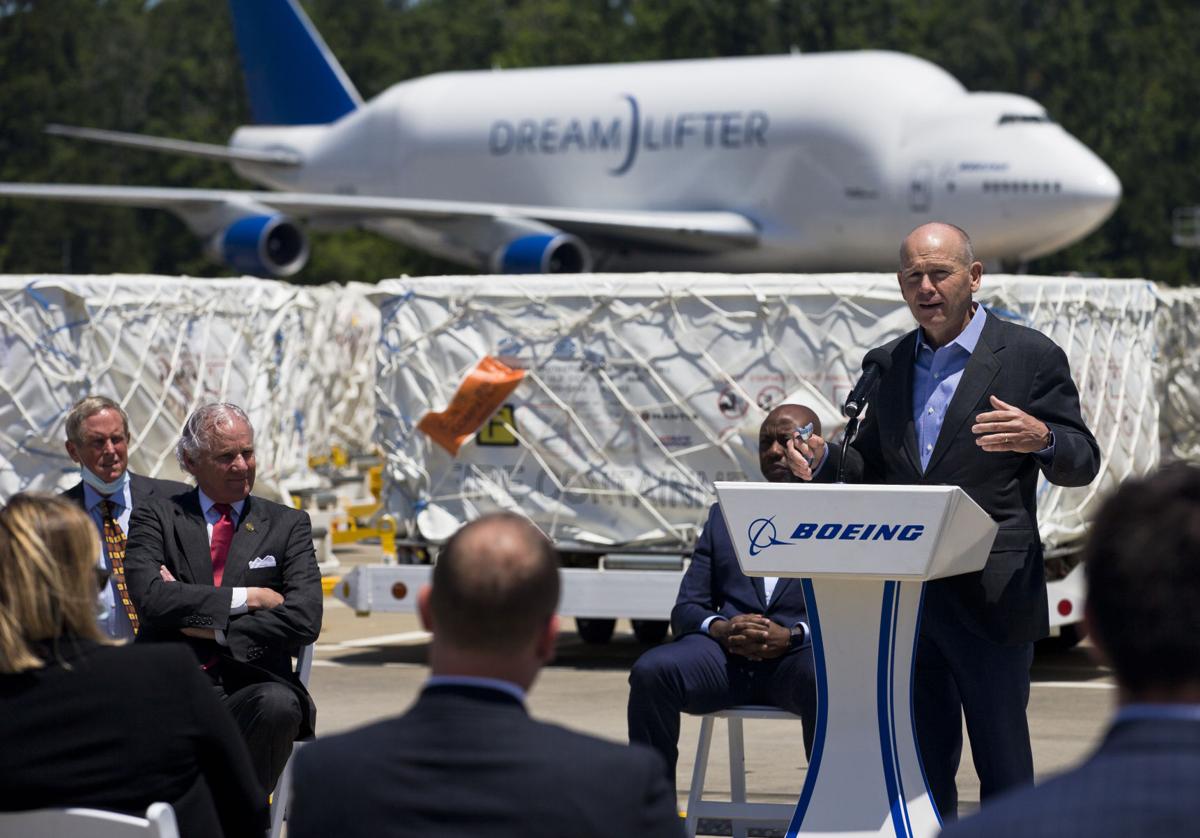 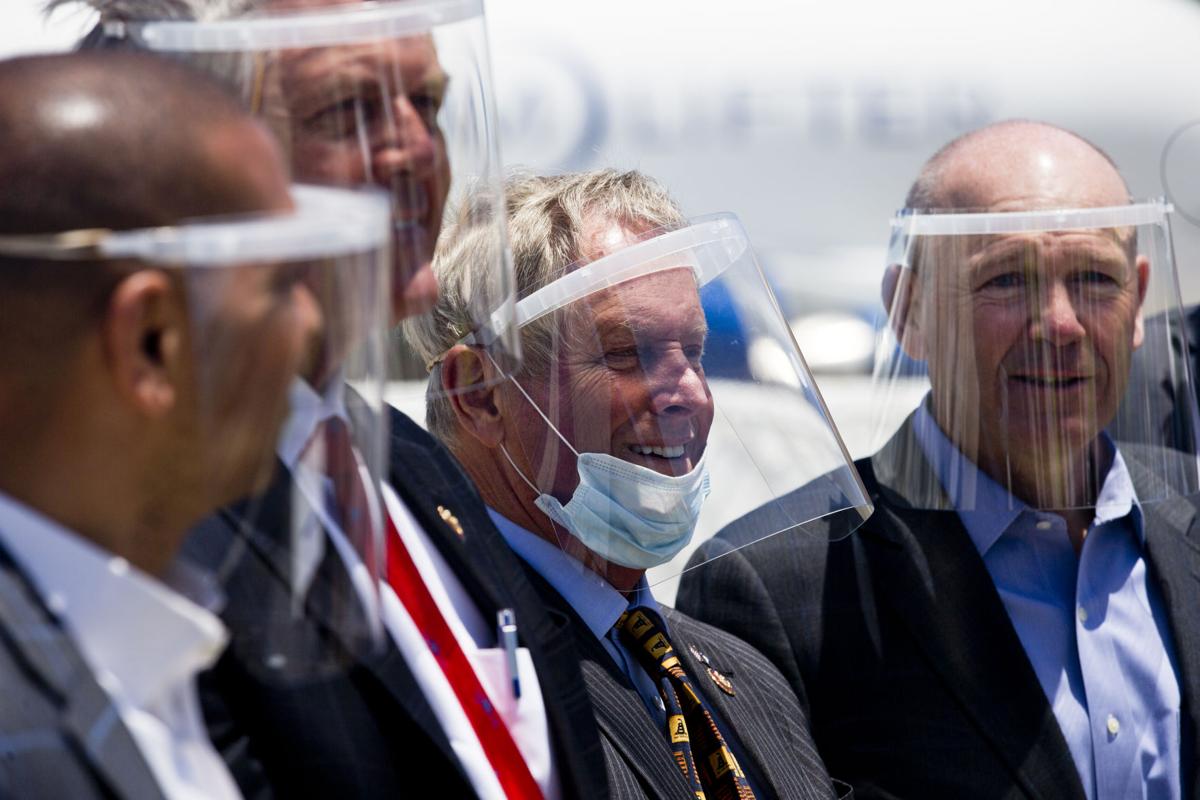 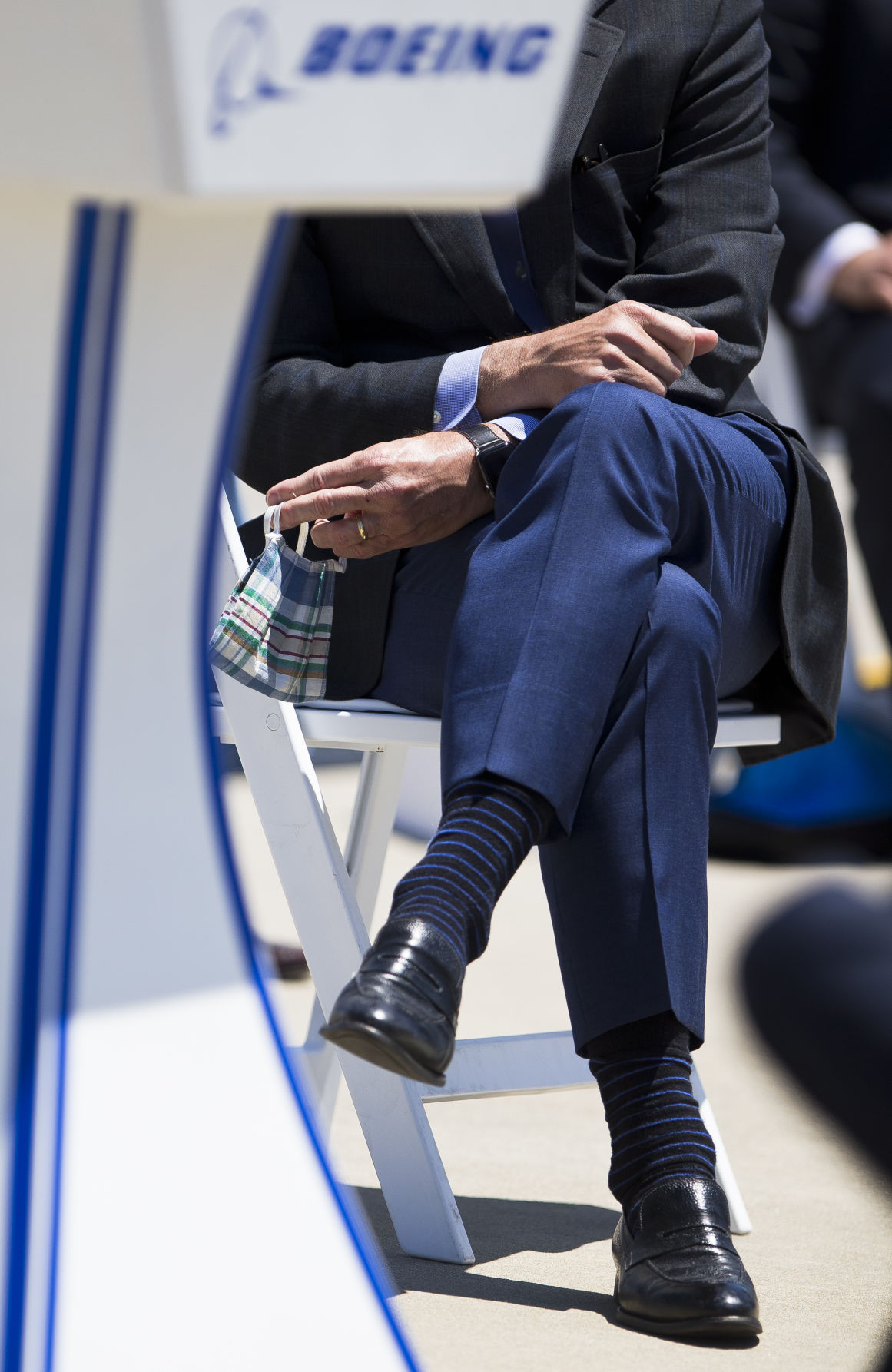 The oversized cargo jets, lined up nose to tail on the tarmac at Boeing's South Carolina Dreamliner plant, created a scene that CEO David Calhoun said has "never been seen before."

The aerospace giant has only four of the modified 747s, called Dreamlifters, and three have never been in the same place at the same time, he said.

"They're serving a critically important mission as we speak," Calhoun said.

More than 150,000 protective eye goggles and face shields were hauled from China to Charleston in the lower compartments of the Dreamlifters. Parts for the 787 Dreamliner that's built in North Charleston — the kind of cargo the planes were specifically designed to carry — were transported in their main holds.

All of the supplies are bound for the Medical University of South Carolina, which recently announced plans to operate mobile pop-up clinics to increase access to COVID-19 testing, particularly in rural parts of the state.

While Calhoun has visited the North Charleston plant before, Monday marked the first time since he stepped into the chief executive role in January that he has spoken at a public event at the site.

Calhoun arrived at the tarmac wearing a light blue plaid face mask. He was introduced to other attendees, but there were no handshakes — mostly nods and a few elbow bumps.

When he and the state and local elected officials who had been tapped to give remarks took their seats behind a podium, their white folding chairs were spaced widely apart.

Calhoun spoke for just a few minutes before turning the microphone over to MUSC president David Cole. Calhoun started by describing South Carolina as "a state Boeing loves."

The planemaker broke ground on its North Charleston factory more than a decade ago. Recently, the site hit a manufacturing milestone when it assembled the Dreamliner program's 1,000th jet.

Cole of MUSC said Boeing has had a "longstanding relationship" with the health care system. The aerospace giant most recently gave $5 million to the university's new women's and children's hospital, which opened earlier this year.

In his comments Monday, McMaster compared South Carolina to a family.

"Boeing has shown that it is a great family member," he said.

Monday's delivery was the second haul of protective equipment Boeing has brought to South Carolina. A couple weeks ago, a Dreamlifter delivered more than a million surgical ear loop masks to the Greenville-Spartanburg Airport.

Most of those masks were en route to Prisma Health, and 100,000 went to MUSC.

More flights are scheduled that will bring a total of 400,000 units of protective equipment to MUSC "in the near future," according to a statement from Boeing.

Officials gathered Monday repeatedly praised the aerospace giant for its presence in South Carolina and emphasized its importance to the state and local economies.

Cunningham, a Democrat who represents South Carolina's 1st Congressional District, thanked the company for "having such an enormous footprint in South Carolina" and said he and other leaders look forward to "doing everything (they) can to make that footprint even stronger."

Monday's delivery comes less than two weeks after the company made several major announcements that will impact Boeing's South Carolina operations. Due to the "body blow" the pandemic has dealt the industry, the company is scaling back production.

Monthly production rates for the wide-body Dreamliner will go from 14 per month to 10 this year and, eventually, seven per month by early 2022.

It's unclear how that production cut will play out for the North Charleston site, which splits production of the Dreamliner with a factory in Everett, Wash.

Boeing will also be cutting its workforce by as much as 15 percent in the commercial airplanes and services divisions. In North Charleston, a cut of that size would amount to about 1,000 jobs, though the actual number eliminated at different sites will depend on multiple factors.

Since the company's first quarter earnings report in late April, Boeing has not released additional details about the workforce reductions.