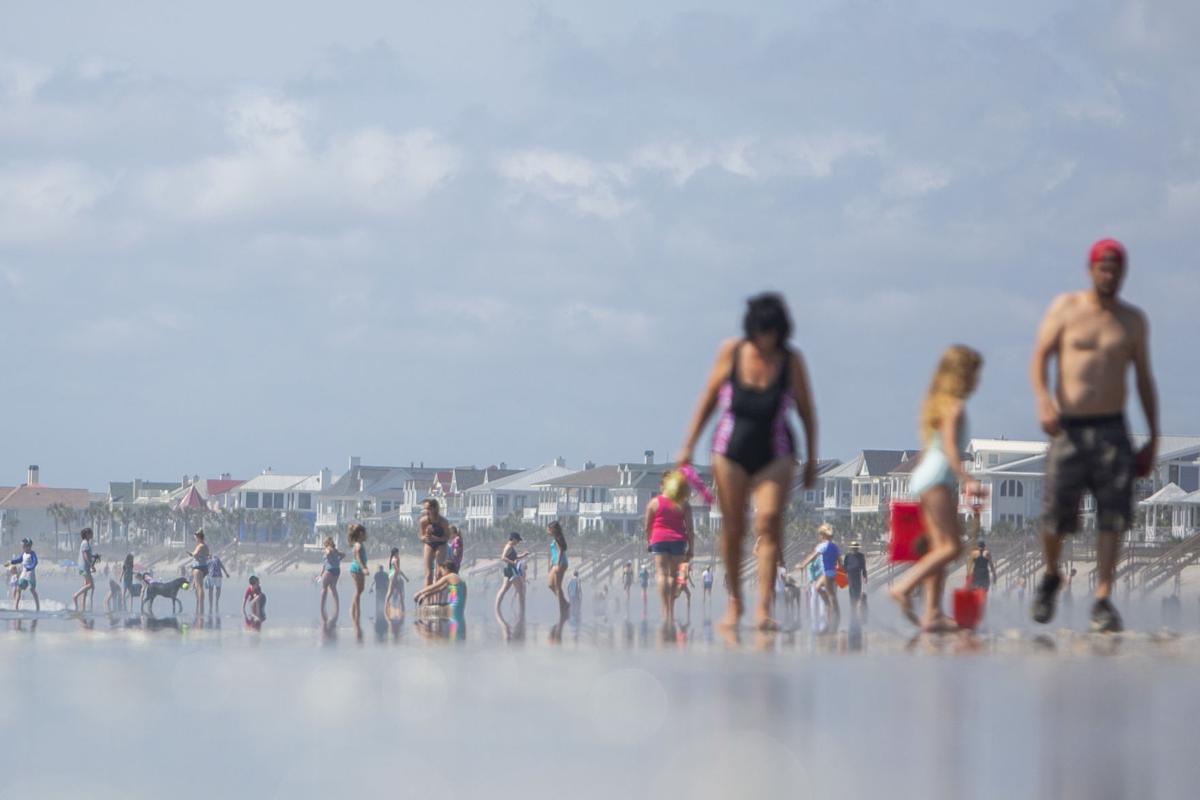 Visitors walk along the beach Thursday March 19, 2020, at Isle of Palms. Gavin McIntyre/Staff 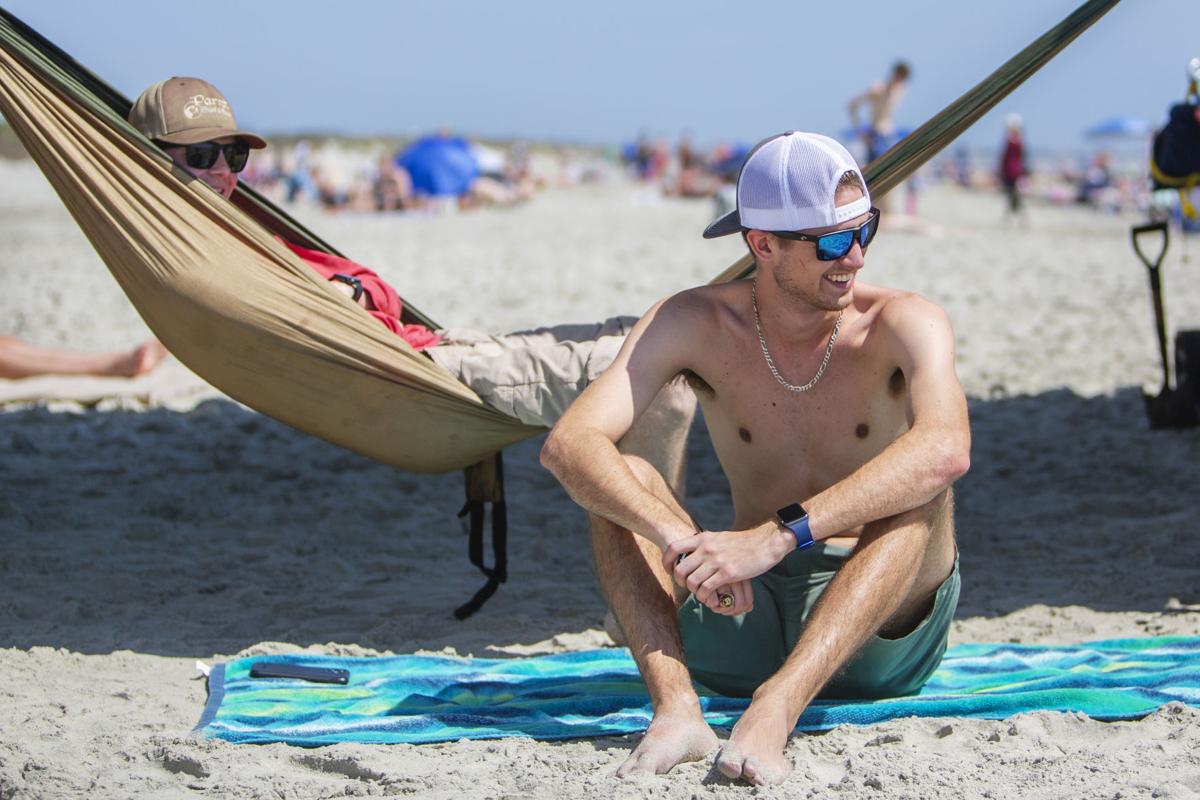 Ryan Gonzalez (left) and William Ryan hang out underneath a pier Thursday March 19, 2020, at Isle of Palms. Gavin McIntyre/Staff 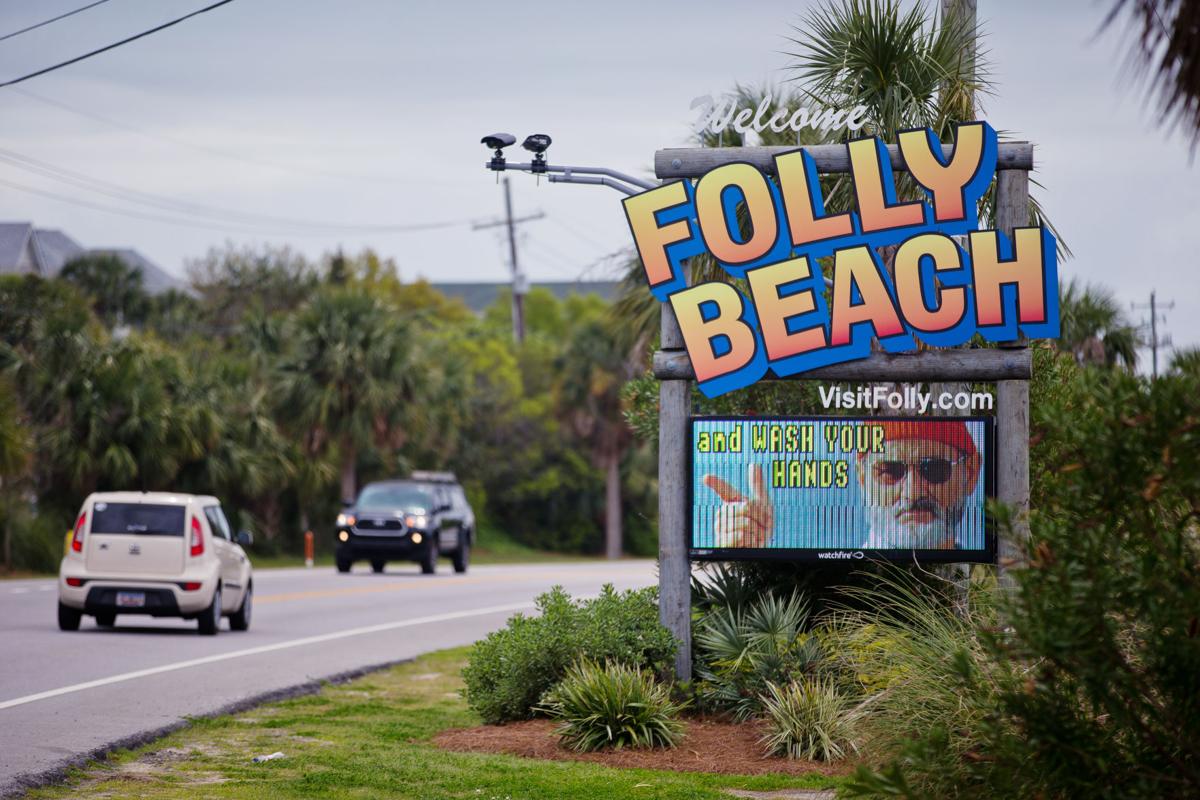 The Folly Beach sign with the Bill Murray's character in The Life Aquatic with Steve Zissou saying to visit Folly and wash your hands is seen on Tuesday, March 17, 2020. Andrew Whitaker/Staff 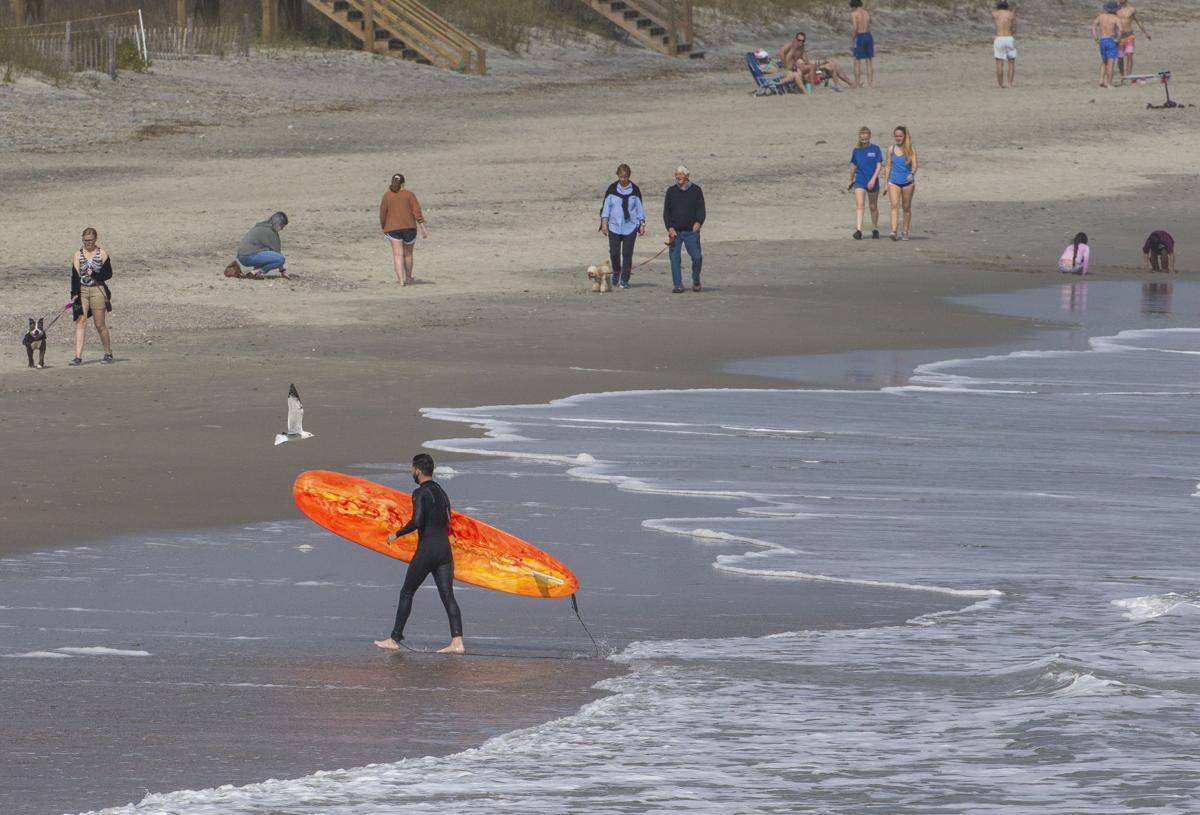 People roam the up and down the beach at Folly Beach on Tuesday, March 17, 2020. Andrew J. Whitaker/ Staff

No, the beaches aren't closing, at least not immediately.

But public outdoor destinations are starting to shut down. One by one, playgrounds, parks and other pursuits are locking the chains. Check before you go, since statuses are changing rapidly.

The beach town mayors are talking to each other, and Isle of Palms City Council called a special meeting for Friday to discuss measures to be taken to confront the new coronavirus.

But the sentiment is to keep beaches open unless Gov. Henry McMaster orders a shutdown, said Isle of Palms Mayor Jimmy Carroll.

"Unless something extraordinary happens, we are not closing our beaches," he said.

"It's not that it can't happen. It's not on the table right now," Goodwin said.

Asked by The Post and Courier on Thursday if beach closings or tourist advisories were being considered, McMaster said the state is monitoring that.

"We don't want to go too far too soon, but we want to stay ahead of this virus," McMaster said.

Charleston County parks remain partly open, including the beach parks at Isle of Palms, Folly and Kiawah Island. But many of the attractions, amenities, services and rentals won't be available until further notice.

Events and programs have been cancelled through May 10. Fees will be refunded.

Get outside, though. It's good for you. Beaches, forests and mountains are all relatively healthier places to be than indoors, said Michael Schmidt, a microbiology and immunology professor at the Medical University of South Carolina.

Sunlight, pollen — even humidity, when it arrives — tend to destroy or knock down an airborne virus. Breezes tend to disperse it.

"As long as you can maintain social distancing, it's a great day to be outdoors," Schmidt said Thursday.

The distancing is considered to be keeping 6 feet away from others.

A few hundred people were on the beaches Thursday at Isle of Palms and Folly, more than few of them were vacationers who reserved before the virus outbreak. Those numbers are expected to drop.

Frank Valentine, of Anderson, was renting a house on Isle of Palms with friends and frustrated at the closures and other restrictions.

"You can't go out and converse with people. You can't vouch for everyone's sanitation," he said. They had planned to cook in, but found even that difficult. "We have to limit what we can cook because there's nothing in the grocery store."

It wasn't any easier on local residents. William Ryan, of Mount Pleasant, made a spur of the moment trip to the beach from Clemson University.

"I was planning on coming for spring break but wasn't planning on getting trapped down here," he said

Ryan Gonzales, of Awendaw, a bartender who can't work with the restaurants and taverns closed, just had to get out.

"You can only stay inside for so long," he said.

A few other examples what's open and what isn't:

Staff for each of the open sites stress that people should take the federally recommended precautions.

"We would encourage any folks hiking or enjoying these properties to practice 'social distancing' as recommended by the CDC and state public health authorities if they encounter others while on the trail," said David Lucas, a spokesman for the S.C. Department of Natural Resources, which manages the wildlife areas.

Hardcore campers like Tim Atkins, of St. Stephens, aren't discouraged. He is planning an April trip, if there's any place left to set stakes.

"My opinion is camping is social distancing," Atkins said.

Seanna Adcox and Gavin McIntyre contributed to this story.