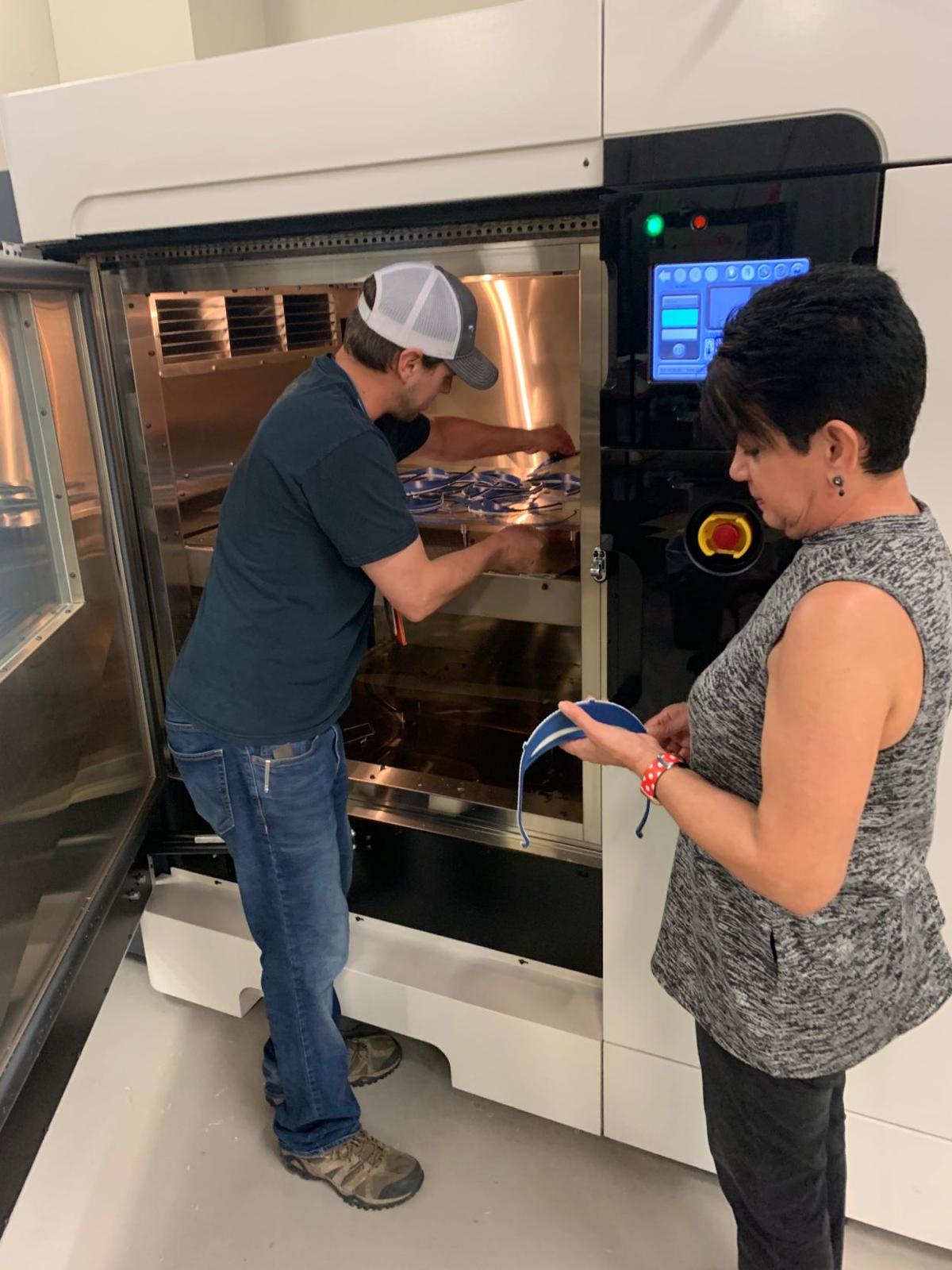 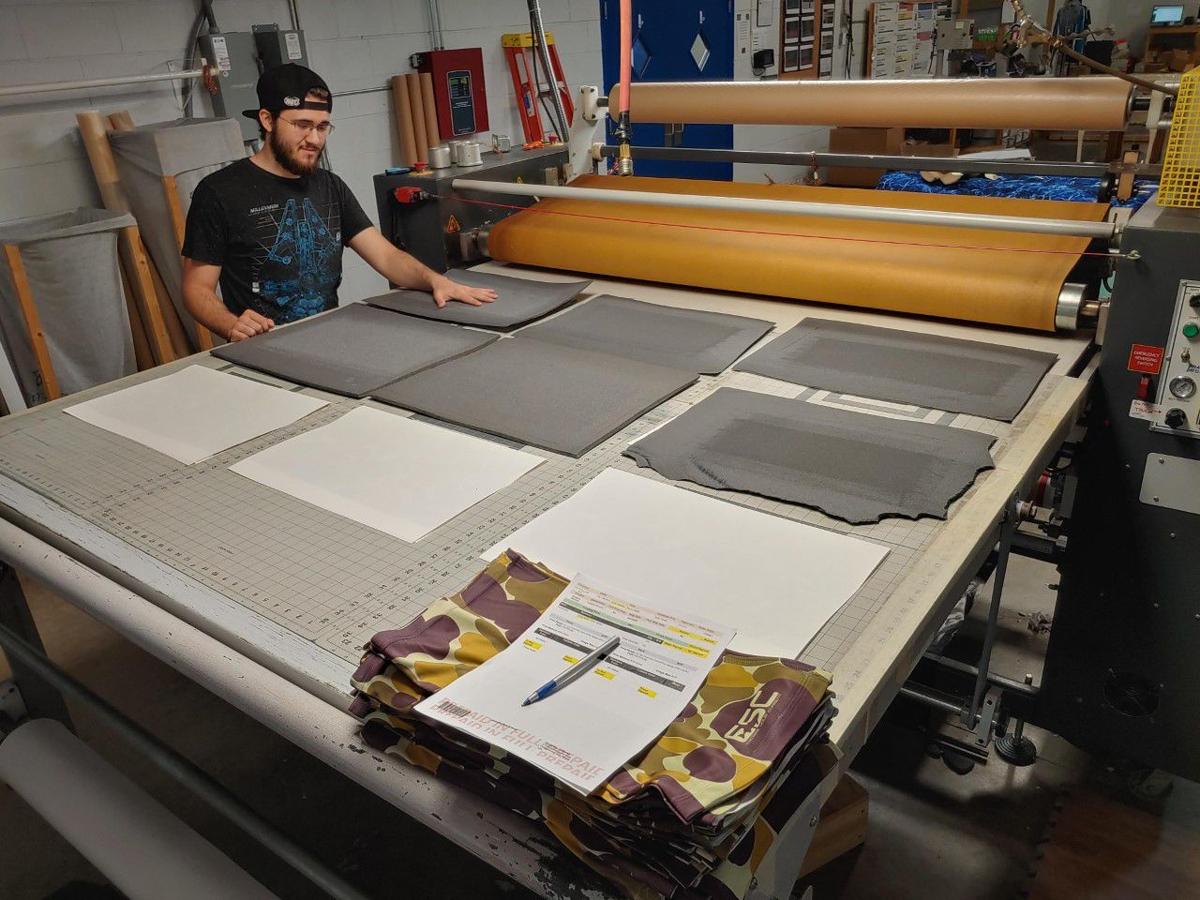 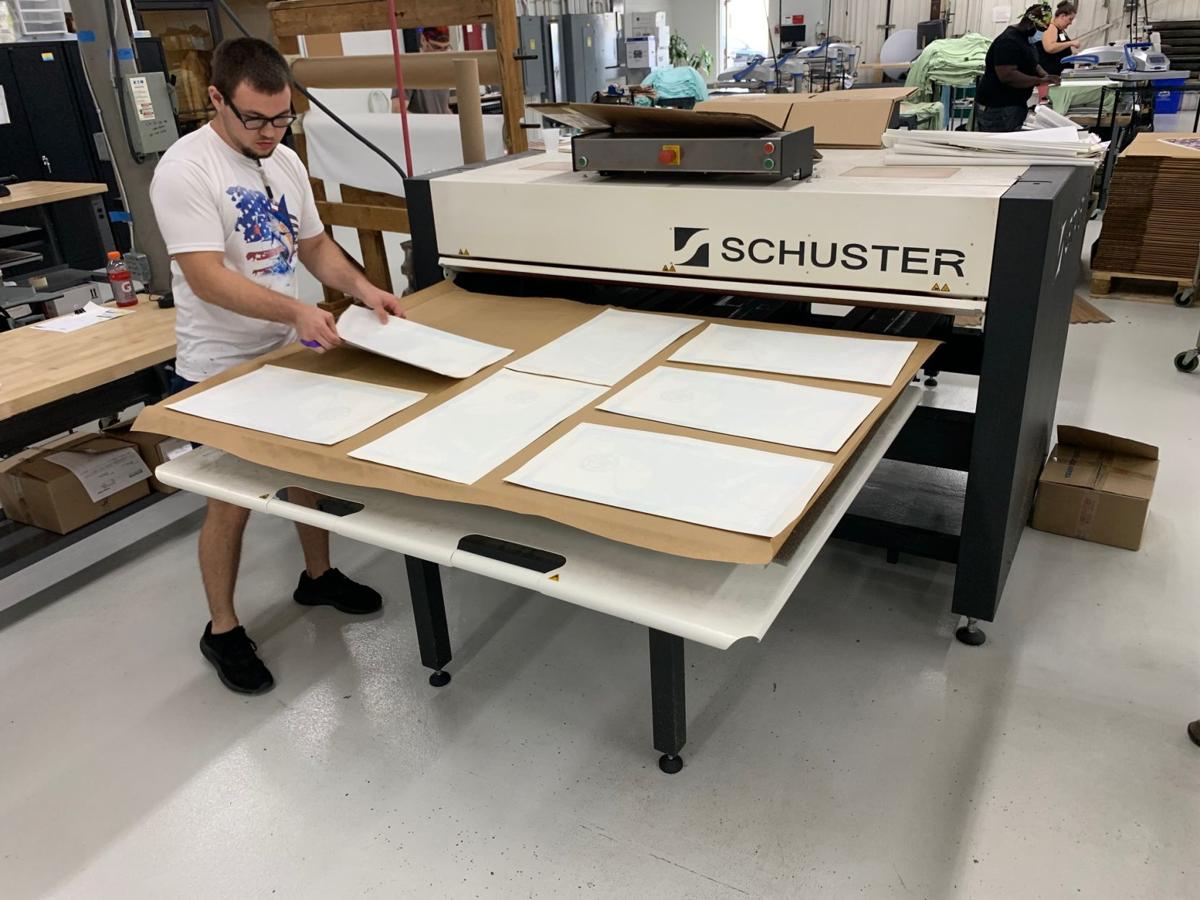 As the coronavirus continued to spread in the United States, the top executives at defense contractor Science Applications International Corp. challenged employees to quickly think of ways to help their hometowns through the crisis.

The response — or flash-to-bang as SAIC's military-focused workforce might refer to it — was almost immediate.

"One of the ideas was to help augment the supplies of personal protective equipment going to the medical and first-responder communities," said Josh Sorkin, an SAIC vice president in the Charleston region, where the company has been using an industrial-sized 3-D printer for years to make prototype parts for customers.

"Within a week, we were off and running, cranking up the 3-D printer to make visors for face shields," Sorkin said.

More than 600 of the shields have been distributed to Medical University of South Carolina, Ralph H. Johnson VA Medical Center and other local hospitals. The printing takes place 24 hours a day, 7 days a week — even as SAIC workers on the nearby production floor fulfill contract work for the military, such as modifying combat and transport vehicles.

"I can tell you first-hand the gratitude we're seeing from medical providers," Sorkin said. "We'll continue to print them until they say they don't need any more.

Many of South Carolina's manufacturers are planning to return to work in the coming days after shutting their plants because of the COVID-19 threat.

Mercedes-Benz Vans in North Charleston will restart its Sprinter production line on Monday and Volvo Cars will start making S60 sedans again in Ridgeville on May 11. BMW plans to reopen its Spartanburg County factory, the automaker's largest in the world, next week.

All of them are developing safety protocols to help ensure workers don't contract the virus while on the job.

But throughout the state, some manufacturers have kept their doors open. And, in doing so, they've helped to keep others safe.

Jackson Burnett wasn't sure how his Vapor Apparel factories in Hanahan and Union were going to survive the stay-at-home orders being issued throughout the country. His firm, which makes sun-protective sportswear, gets most of its business during the spring and summer months, and it looked like those were going to be a wash.

"Things got crazy after that," Burnett said.

A product Vapor Apparel sells called a gaiter — a cloth that covers a person's face and neck — suddenly took off.

Burnett has partnered with Hemingway Apparel, a cut-and-sew shop in Williamsburg County, to make the gaiters, and they will soon start making face masks for consumers. In addition, Hemingway Apparel is producing 15,000 non-medical face masks for the Federal Emergency Management Agency as part of a coalition of manufacturers around the country providing protective equipment to the government.

"Our industry has really stepped up and turned on a dime and converted a lot of our facilities to personal protective equipment products," said Chris Marsh who, with his father Jack, owns the nearly 50-year-old textile business. For Hemingway Apparel, that meant tearing down the T-shirt department and putting in a new set of machines.

"I'm proud of all our industry, from the supply chains and manufacturers to the equipment and technology folks," Marsh said. "I don't ever remember a time when our industry was so cohesive."

Neither Burnett nor Marsh see a slowdown in the need for their protective products.

"There are some common-sense things we can do to be prepared and stay safe," including wearing masks in public, Marsh said. "So I think there’s a long-term opportunity for that."

While SAIC, Vapor Apparel and Hemingway Apparel have continued to operate through the pandemic, they've also taken measures to keep employees safe — things like social distancing, allowing people to work from home, providing masks for employees and offering paid time off for workers who don't yet feel safe on the job.

"We clean everything," said Burnett. "We have one great employee who's pretty much rubbed the enamel off the table he's cleaned so much."

The Charleston region's automotive manufacturers say they also plan to step up safety measures once they reopen.

"We are taking several precautionary measures that include providing masks to all who enter our facility, visual management for social distancing and best practices for hygiene, increasing cleaning cycles and several other measures," a Mercedes-Benz Vans spokeswoman said.

Volvo Cars is considering face masks for workers at stations where social distancing could be difficult. Other measures include checking temperatures before entering the plant, limiting the number of people in conference rooms and cleaning commonly used surfaces and equipment at the start and end of each work day.

Bobby Hitt, head of the S.C. Commerce Department, said during a recent news conference that "a majority of our manufacturing community is operating without incident."

Those who shut down, he said, were idled mostly due to a lack of parts caused when overseas suppliers were hit with the virus. Hitt said Palmetto State manufacturers will be ready when the factory doors open in coming days.

"We have been planning this," he said. "We will have outlines for our companies and we will help them understand exactly what they need to do. We're convinced we have the right protocols in place ... and we are ready to go."

Sorkin, the SAIC vice president, said he feels "lucky to have employees who are mission-oriented and solving problems for the heroes of our nation," both on the battlefield and in the medical field.

While SAIC prints the reusable visors, the clear plastic shields — provided by Charleston Rubber and Gasket — are disposable. Once the equipment has been used, the shield can be discarded and a new one attached to the visor after it's been sanitized. SAIC has purchased 10,000 plastic shields and expects to distribute them all.

On Friday evenings, Sorkin and his wife load their vehicle with 3-D printed face masks and deliver them to area hospitals and medical personnel. They try to bring their children, ages four and eight, along for the ride.

"It helps us get out of the house," Sorkin said. "I leave my family in the car and I go up with my mask and protection on and hand the face masks over. But my wife and I also see it as a way to teach a lesson to our children about what professionals are having to do today that's different than before and how this crisis has shaken the nation."