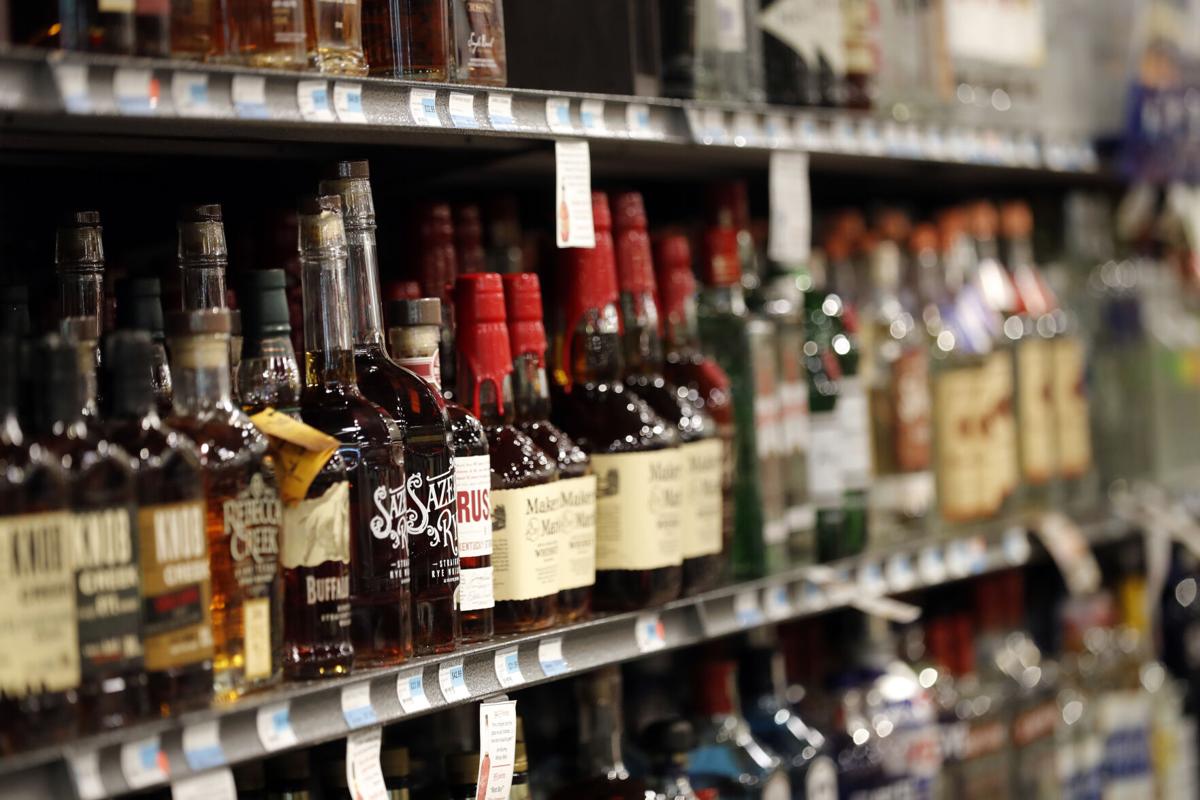 Alcohol sales nationally are surging during the coronavirus pandemic. File/AP 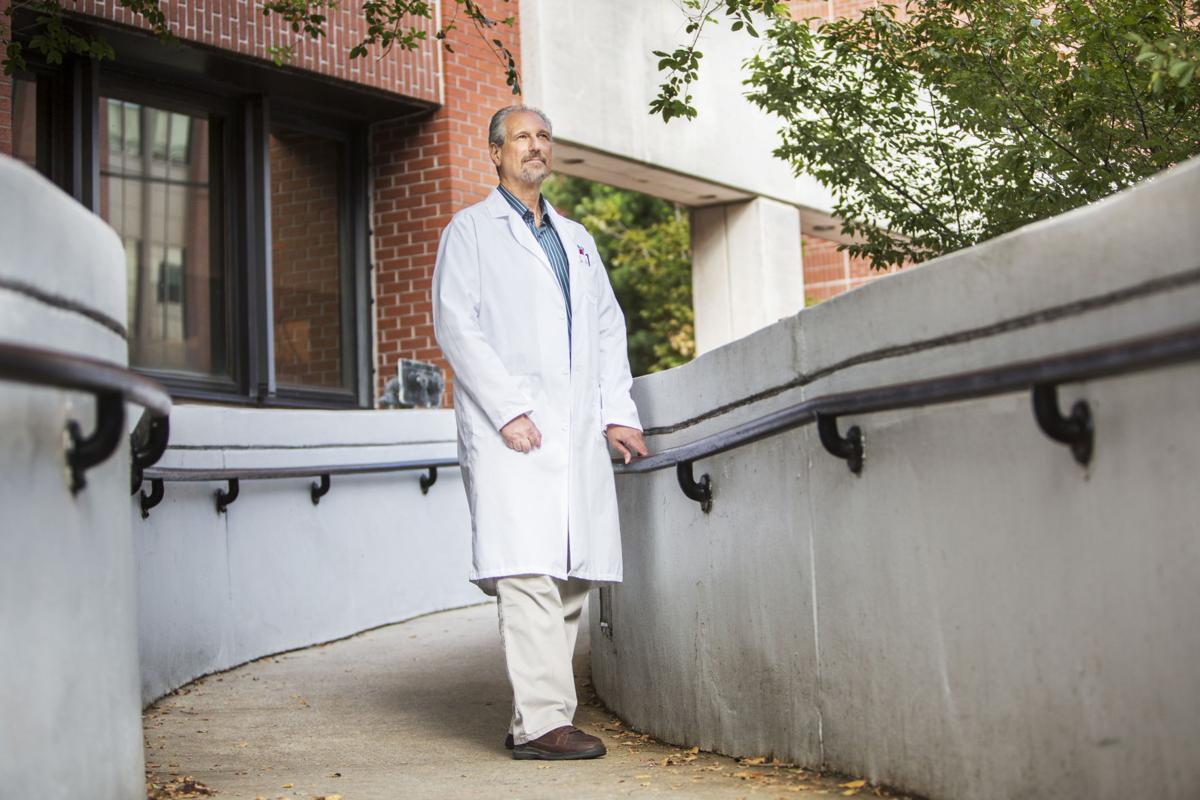 Dr. Howard Becker, a professor of psychiatry and neuroscience and director of the Charleston Alcohol Research Center at the Medical University of South Carolina, in September 2019. Gavin McIntyre/Staff 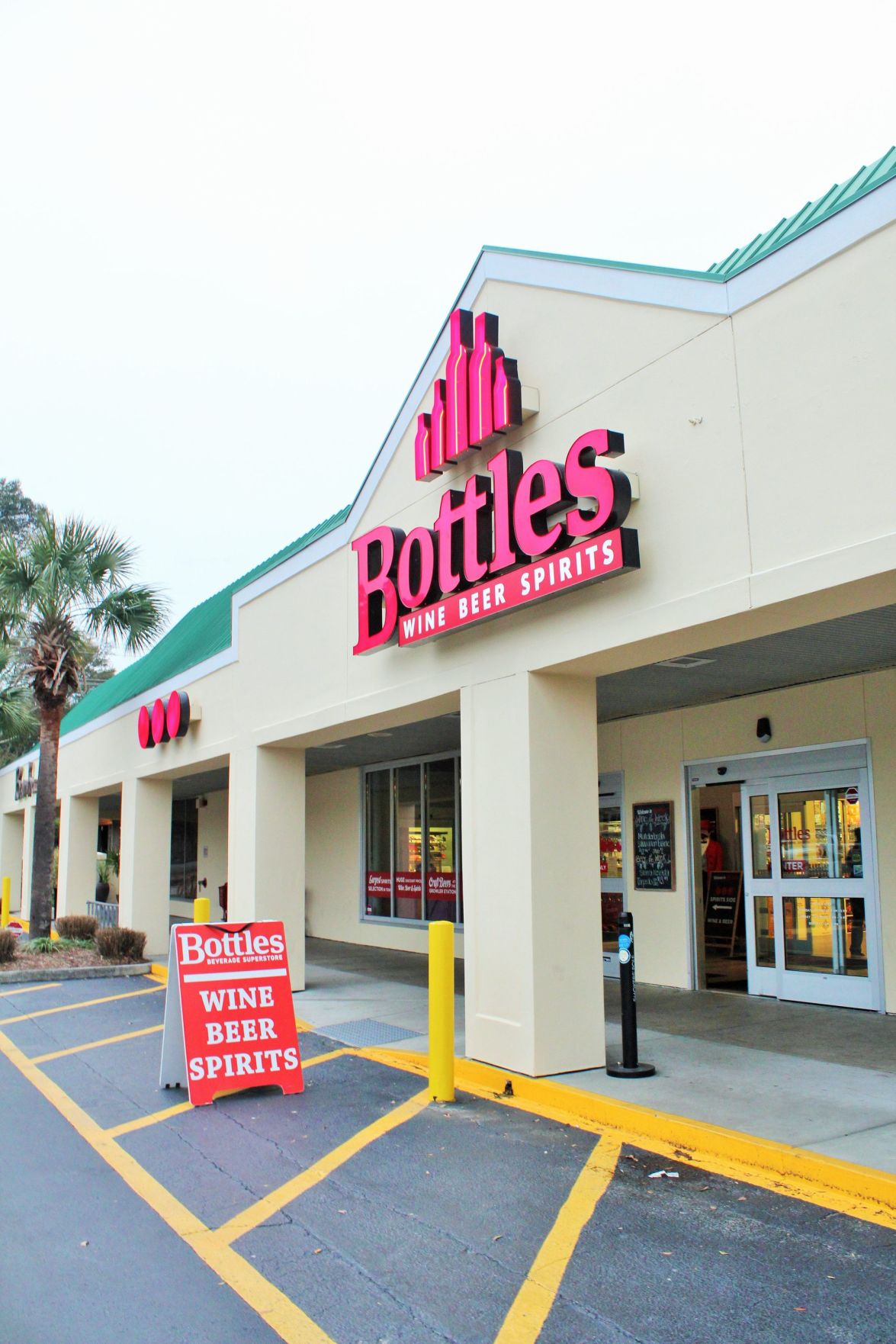 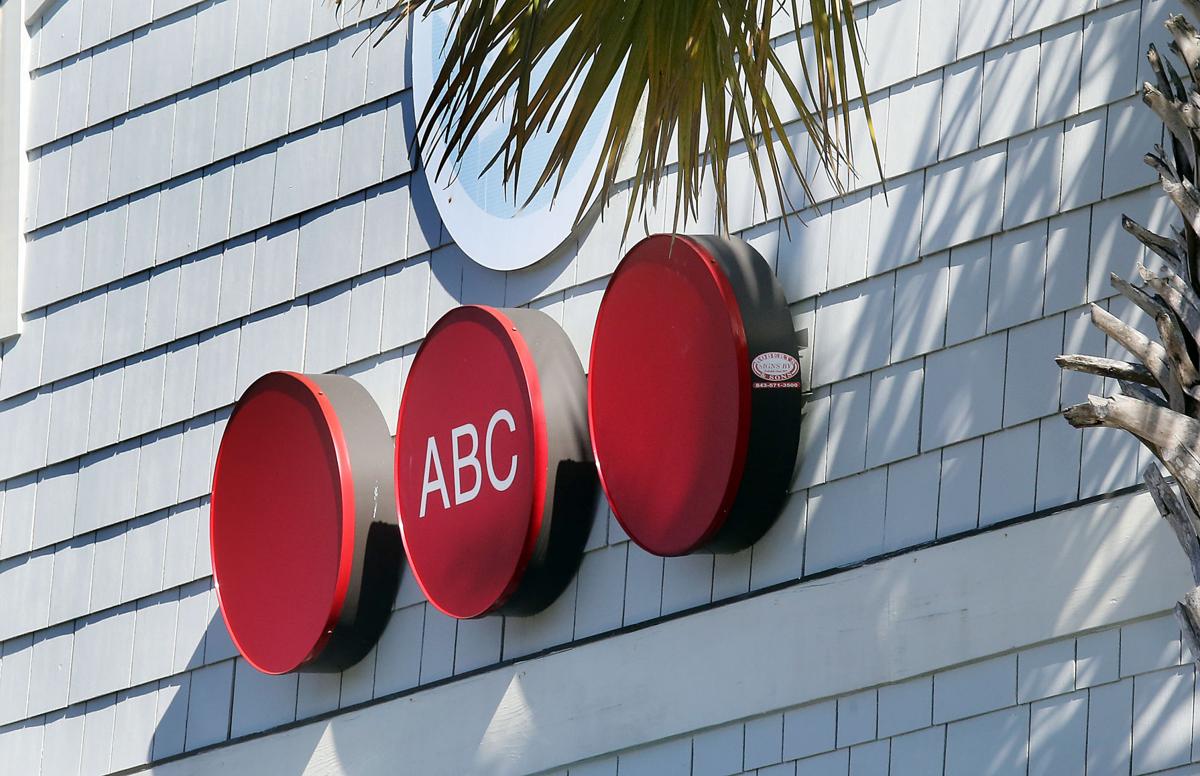 The three red dots at ABC stores let those passing by the they sell beer, wine and liquor. Brad Nettles/Staff 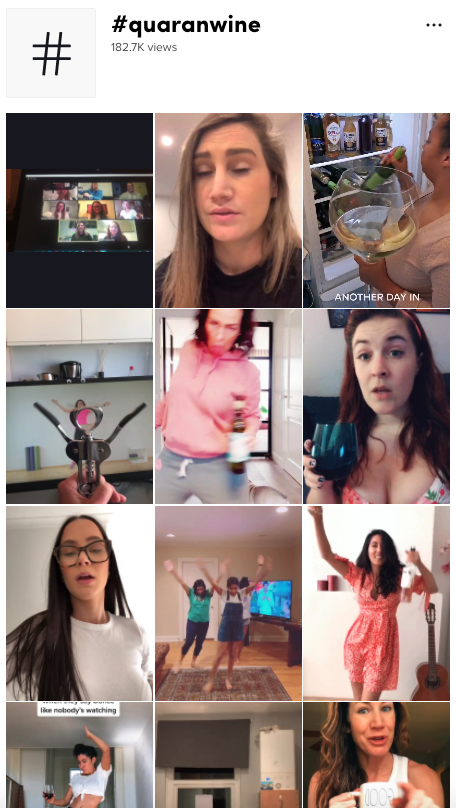 A screenshot of the #quaranwine hasthag on TikTok, a popular video-sharing platform.

Alcohol sales nationally are surging during the coronavirus pandemic. File/AP

The three red dots at ABC stores let those passing by the they sell beer, wine and liquor. Brad Nettles/Staff

A quick Google search for the "quarantini" pulls up almost a million results. On TikTok, a popular video sharing app, dozens of short clips tagged #quaranwine have been viewed nearly 200,000 times. "8 Margaritas To Liven Up Your Quarantine Mood” promises a listicle at Moms.com, a publication dedicated to helping "mothers to feel supported and understood."

Five months into the coronavirus pandemic, evidence abounds that people are spending sequestered hours with a beverage (or several) in hand.

"Almost immediately on Facebook, Twitter and Instagram, we saw these memes and references take over, sort of normalizing day drinking, and relating it directly to the pandemic," said Sara Goldsby, director of the S.C. Department of Alcohol and Other Drug Abuse Services.

Offline, the alcohol flowed accordingly. Off-premise sales of alcohol — that is, beer, wine and liquor bought at a store but drank somewhere else — have soared.

Some states, including South Carolina, declared liquor stores as essential businesses to allow them to remain open; drinkers flocked apace.

“I can attest that we are definitely an essential business based on the increased sales since COVID-19 started affecting everything,” said Zack Isaacs, general manager of Bottles Beverage Store in Mount Pleasant. Pandemic sales have been "very strong," agreed owner Justin Coleman of downtown Charleston's Monarch Wine Merchants, noting that this year's figures had outstripped 2019's to date.

But while people are obviously drinking away their coronavirus cares, how this behavior is bearing out in the Palmetto State — and more soberingly, how it will affect drinking habits in the state on a long-term basis — remains murky.

As researchers and public health officials across the region and the country gather early data to parse the contours of that impact, though, one thing is clear.

“We’re going to see long-term impact from this," Goldsby said.

One thing most public health officials and doctors agree on is that the coronavirus pandemic has created something of a perfect storm for potentially disordered use of alcohol.

Between the constant stress, the isolation, and, for many South Carolinians, the unfamiliar purposelessness of unemployment, many of the prime factors for overdrinking are present and accounted for in our quarantined "new normal."

"Overall, the general issue is that COVID-19 has presented a number of situations that are high risk for excessive drinking," said Dr. Howard Becker, a professor of psychiatry and neuroscience and director of the Charleston Alcohol Research Center at the Medical University of South Carolina. "That is really problematic."

Those factors include isolation, boredom and stress, Becker said. Being stuck at home may also play a role: though there are social checks and balances in public drinking contexts (and, failing those cues, bouncers and law enforcement) that give drinkers guardrails when they're out on the town, they have less reason to cut themselves off when sitting on their couch.

The immediate issue is the obvious one: there's a deadly virus going around, and drinking taxes your immune system. According to the Centers for Disease Control and Prevention, "(d)rinking alcohol weakens your body’s ability to fight infections, increasing the risk of complications and making it harder to get better if you are sick."

Practically speaking, the fact that South Carolina's bars and restaurants (and nightclubs) are open for business presents another complicating factor, Goldsby said. Alcohol lowers inhibitions, making drinkers less inclined to socially distance and potentially putting them at higher risk for coming down with the disease.

"We still have a lot of people congregating in large groups in clubs and restaurants and bars, and that's where the contraction (of COVID-19) is happening," she said.

Other considerations are more long-ranging, warned Josh Smith, an associate professor and the clinical director for the Center for Drug and Alcohol Programs at MUSC.

"People are stressed out" due to the pandemic, he said. "If they develop a habit of drinking to cope, that by itself is really is predictive of more problems."

Even if you're not necessarily drinking more quantity, Smith said, drinking to resolve stress is still a red flag.

"People only drink for one of two reasons: to feel good, or to not feel bad," Goldsby said.

In the Palmetto State, both forces are at play: South Carolinians isolated at home may be drinking more to temporarily overwrite their sorrows, or they may be flocking to bars, beaches and backyards to celebrate summer and get a taste of what life was like in the Before Times.

Liquor stores in SC, across US remain open as 'non-essential' businesses close

Megan Deschaine, a bartender at downtown Charleston's Doar Bros. cocktail bar and the president of the United States Bartenders' Guild's Charleston chapter, actually took the pandemic as an opportunity to deliberately reduce her own alcohol intake.

Since going back to work, she's also witnessed the return of eager drinkers firsthand at Doar Bros. — and her own drinking habits, too.

"I don’t know if it’s because I'm in the alcohol business and the same kind of allure (about drinking) doesn’t exist for me," she said, describing her decision to effectively cease drinking during her quarantined unemployment, which lasted through the early summer. "When I was home, I didn’t really drink much at all, but now that I’m working, I do drink."

While it's still "early in the game" (as Dr. Becker cautioned), some initial data have emerged helping to shed light on how heavily Americans have been pouring as they plod through the pandemic.

So far, these preliminary surveys suggest Americans are drinking more, and more often.

For one thing, people are buying more alcohol than before. In May, Nielsen flagged a 26 percent year-over-year increase in in-store alcohol sales, as well as a staggering 477 percent increase in online sales. (South Carolina does not allow online alcohol sales.)

There are early indications that disordered alcohol use is rising along with those liquor store sales, too. In April, a Morning Consult poll among 2,200 American adults showed 16 percent reported drinking more.

And in mid-July, the nonprofit research institute RTI International, based in North Carolina's Research Triangle, released survey results from a forthcoming report that found a 26 percent uptick in binge drinking between February and April amongst 1,000 respondents.

"Of course, overall consumption is up as well, but the binge drinking (statistic) is one of the more concerning findings," said William Dowd, one of the study's authors.

The S.C. Department of Revenue, which oversees licensing of the state's alcohol wholesalers and retailers, provided figures to The Post and Courier indicating a 27 percent uptick in sales for the period from March 15 through June 30, when compared to the same timeframe last year.

But, because the state's 1,081 retail liquor stores are bucketed in with supermarkets and convenience stores that sell only wine and beer, it's hard to suss out what, exactly, South Carolinians were drinking.

Are you 'sober curious?' New alcohol-free movement spreads to Charleston

As far as any disordered drinking statistics go, those are even murkier at the state level. Though RTI did find an increase of nearly 3 percent in binge in Southeastern states (compared to 1.6, 4.4, and 11.5 percent upticks in the Northeast, Midwest and West, respectively), Dowd, citing the relatively small sample size of RTI's survey, declined to make any Palmetto State-specific analyses about drinker habits.

But Google search data suggests that South Carolinians may be thinking more about their drinking during the pandemic than prior to it. User queries for terms like "alcoholism," "drinking problem" and "binge drinking" were at or near their 12-month peaks in March, April, and June, according to the Google Trends tool.

Though Becker and Smith referenced early efforts at MUSC to collect more information on the subject locally, neither had hard data to draw inferences from yet.

Still, Becker was willing to speculate broadly on how the pandemic's effect on drinking might play out locally.

"Charleston is a very heavy-drinking community," Becker said. "Problems associated with heavy consumption have always been a concern in this community, and under these circumstances there’s no reason to think that those concerns wouldn’t be more serious."

Jobless from March 20 through late July, Mathew Laresen would occasionally start his morning with a breakfast fit for a college kid: coffee, followed by a beer.

Larsen, who is engaged to Deschaine, had been doing online training for his pre-pandemic job as a lighting worker on a film crew, but upon being laid off he slipped into a routine of casual drinking to pass the time.

"What else am I gonna do for the rest of the day? I guess, have some delicious carbonated beers," he said, describing his mindset at the time. As the pandemic wore on, he found himself upping his beer intake. A few "yellow fizzies" a week to as many as 18 every few days.

It tracks with what experts like Goldsby were primed for at the outset of the pandemic.

"We knew the drinking issues would flare up with the isolation ... especially being out of work, there would be a loss of a sense of purpose, without that engagement," she said.

In early May, DAODAS published to its website a 10-question self-examination with the goal of helping South Carolinians recognize disordered alcohol use in themselves or their loved ones. By late July, the test, which returns recommended actions based on how the taker scores their drinking behavior, had been taken over 7,000 times.

For Larsen, who has a history of alcoholism in his family, his own quarantine drinking required no such test or consultation to raise concern. He's always been cognizant of his genetic risk for the disease, he said.

The solution to curb his newfound habit was relatively simple — and, as it turned out, spurred by the same joblessness that led him to up his intake in the first place.

With unemployment running out, Larsen took a job on a demolition crew. For the past week, he's hardly drank.

"It's just grueling days," he said. "At the end of the day, all I want is water, or maybe Gatorade."