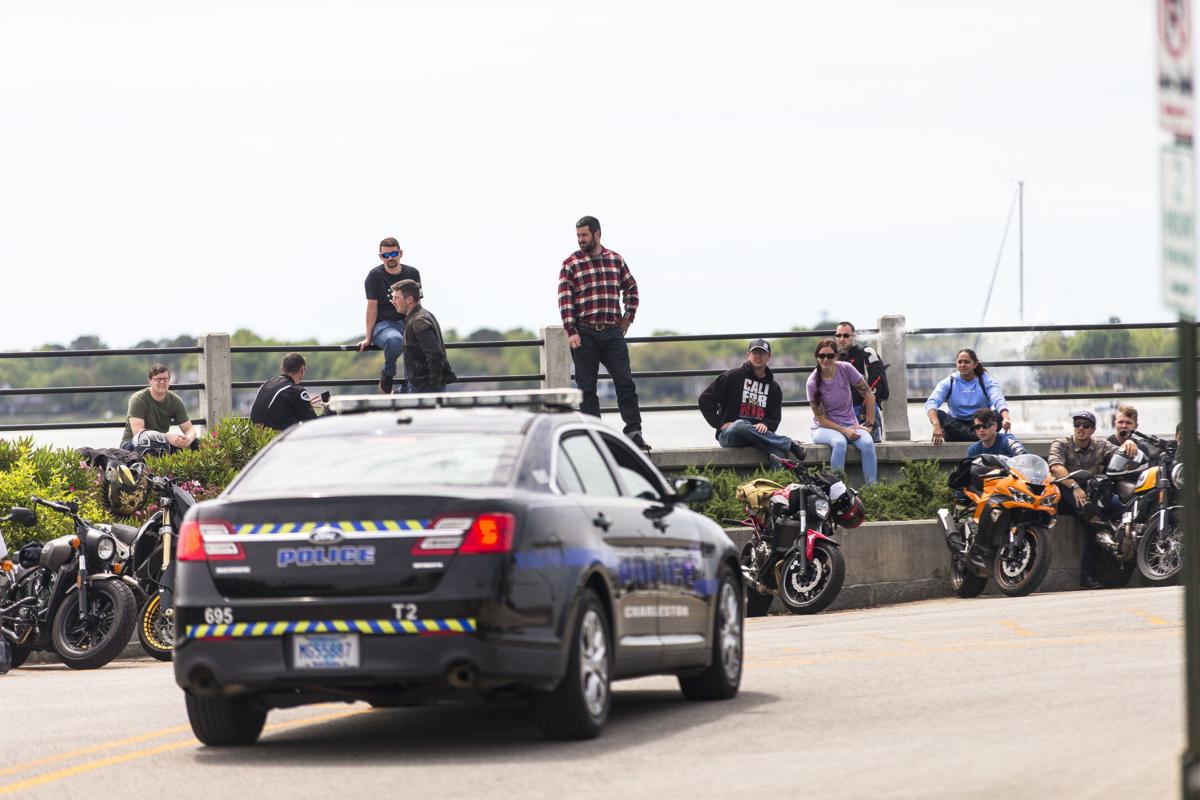 A Charleston police officer approaches a group gathered at The Battery in Charleston on Sunday morning, April 5, 2020. Andrew J. Whitaker/Staff 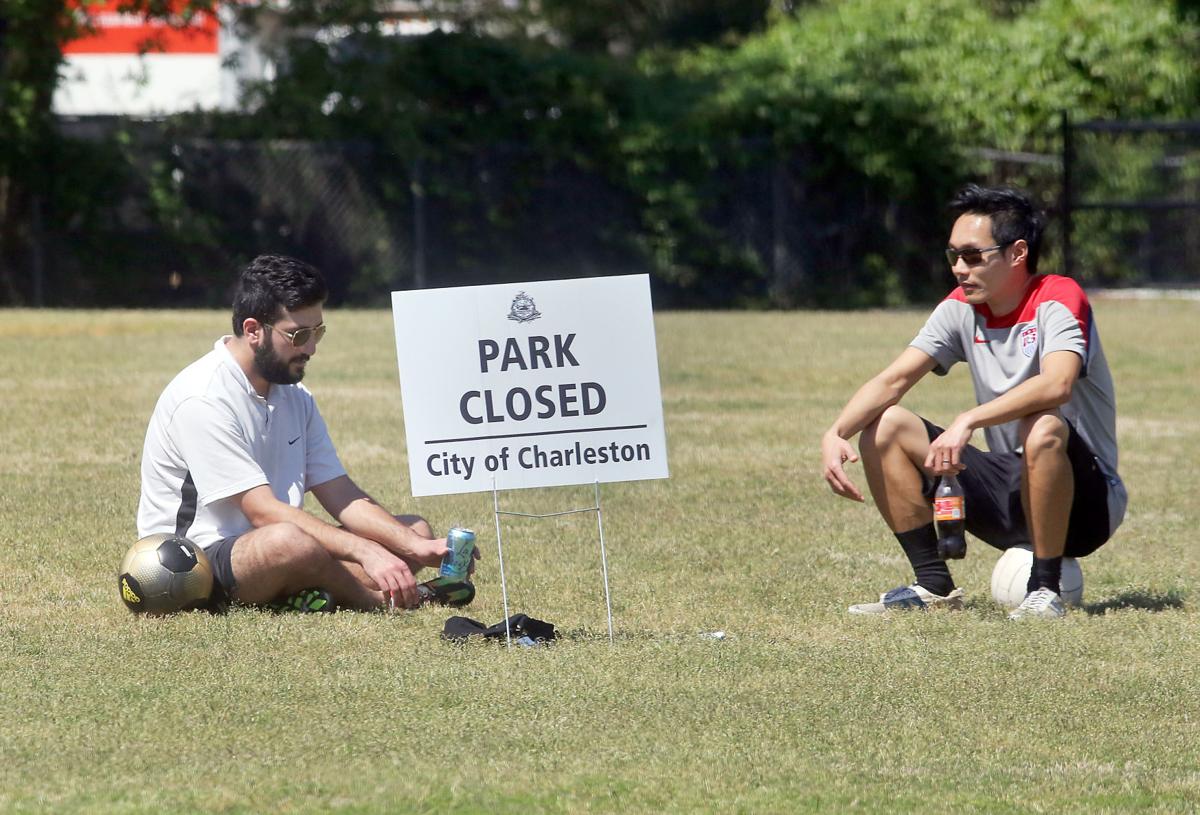 Two men sit behind a City of Charleston park closed sign at Moultrie Playground Monday, April 6, 2020. The two were taking a break after kicking soccer balls around. Brad Nettles/Staff

Charleston police issued trespassing summonses to two people at a James Island park after they refused to leave on Friday, the police chief said.

They are the only two people to receive trespassing summonses stemming from the city's stay-at-home ordinance.

Police Chief Luther Reynolds said the two town residents were cited after they refused to leave Melton Demetre Park when officers asked them to do so.

On Monday, McMaster issued a stay-at-home order, joining 41 other states and making South Carolina the last state on the East Coast to implement such a measure.

Reynolds said there is a "big difference" on the waterways. On the first weekend of McMaster's order barring access to boat landings, Charleston police turned away 35 people looking to get out on the water, mostly recreational fishermen. None resisted. Commercial fishing is still permitted.

"This weekend I would say there was a 90 percent drop-off from where we were two weeks ago," Reynolds said. "Ninety-nine-point-nine percent of the people we asked to leave, they cooperated and left."

Reynolds reiterated that the department is not intent on putting people in jail and hopes for voluntary compliance.

"Each week it gets better," Reynolds said. "But there's still a lot of people we're in contact with and a lot of people that want to be outside. There's a lot of areas that are closed and people are showing up in other areas."

Charleston Livability Director Daniel Riccio said the city received two complaints about Lowe's on Friday but none throughout the weekend.

He said the city had also received a few unfounded complaints about nonessential businesses being open. He said no businesses were issued citations since two — a salon and a gym — last week.

Lt. Rick Carson, spokesman for the Dorchester County Sheriff's Office, said residents and business owners have been "very cooperative" with the McMaster's then-order.

"With that said our agency did issue one citation yesterday evening," Carson said. "However, the owner completely understood the reason for the citation and promptly closed the business with nothing further being said or discussed."

The Columbia Police Department cited and closed a pair of retail businesses that were continuing to operate over the weekend despite being deemed nonessential in the city’s recent stay-at-home order amid the growing coronavirus pandemic.

According to Timmons, since the passage of the city’s stay-at-home order, Columbia police officers had been offering verbal warnings to businesses that were required to shutter. She said the city began taking the next step over the weekend.

Reporters Chris Trainor and Jerrel Floyd contributed to this report.