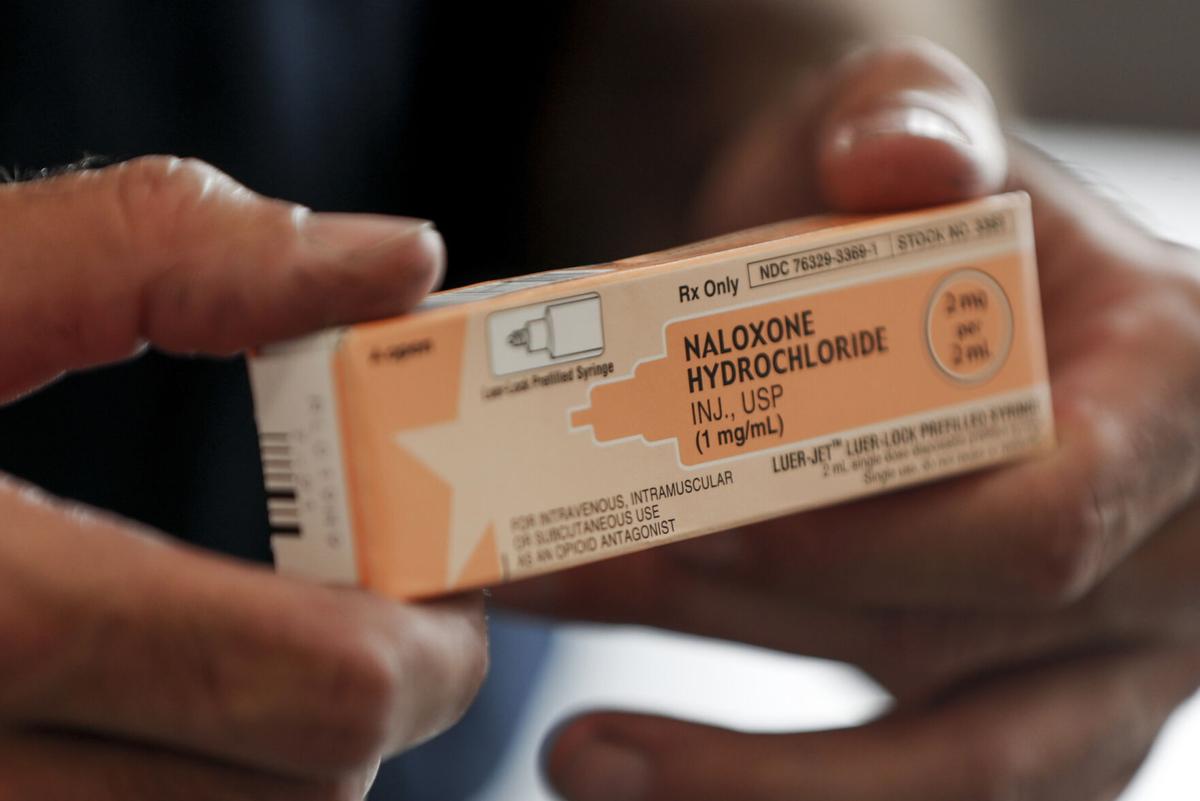 A fire medic holds a box containing naloxone hydrochloride, which is carried in emergency response vehicles in Akron, Ohio. South Carolina prescribers could soon be required to offer some patients a prescription for the overdose reversal drug if the person is at risk. File/Keith Srakocic/AP 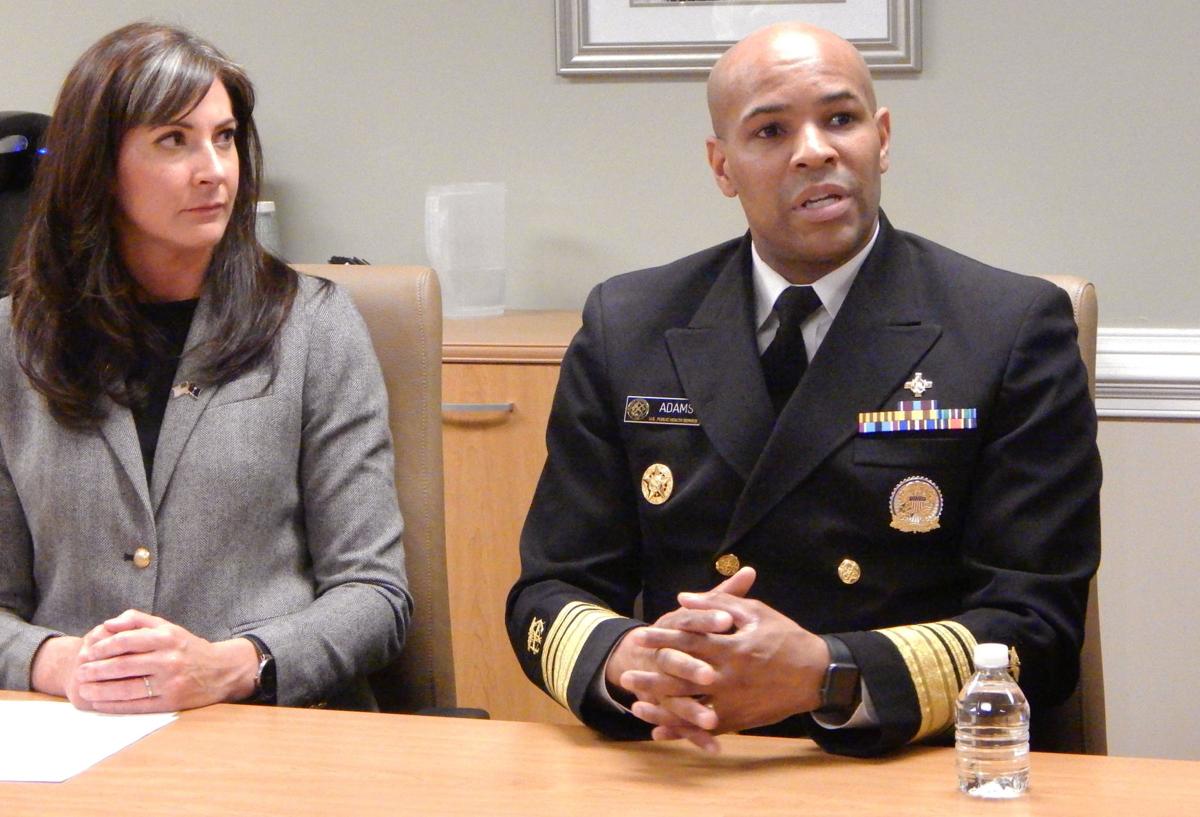 A bill headed through the S.C. Statehouse would require doctors to offer lifesaving overdose reversal drugs to some patients who might potentially need them, even as the largest physicians' lobbying group in the state expresses concern the law would be an overreach.

If passed, Senate Bill 571 would mandate the state's prescribers offer to send patients home with a prescription for Narcan, or a generic equivalent, if the patient meets certain criteria, such as a history of substance abuse.

Patients who are taking a dangerous combination of medications or who require a large prescription for opioids would also qualify for the reversal drugs.

This past year, though much attention has turned to the COVID-19 pandemic, which has claimed the lives of at least 7,700 people in South Carolina, health experts worry that the social isolation recommended to keep the coronavirus from spreading has exacerbated opioid use disorders.

In 2019, 876 people died of an opioid overdose in South Carolina, up from 816 the year before, according to the S.C. Department of Health and Environmental Control. Overdoses involving the illicit drugs heroin and fentanyl also broke annual records in 2019. The greatest increases in opioid-related deaths are in younger men age 25 to 44.

When the pandemic struck, South Carolina emergency personnel responded to 915 suspected opioid overdoses in the month of May alone, which is the highest monthly number in the state's history, according to DHEC.

Statistics for the full 2020 year have not yet been released.

Administrations of overdose reversal drugs have also increased in recent years as EMS officers have more available and the state has worked on training programs to educate first responders about the drug's life-saving benefits.

Most commonly, the drug is administered by emergency personnel who are responding to reports of an overdose. It is also available at many pharmacies to anyone who wants to pick up a vial for themselves or for a friend or family member — no prescription needed.

Sara Goldsby, director of the S.C. Department of Alcohol and Other Drug Abuse Services, said that is not happening as often as public health leaders would like. She said this year's bill was proposed to encourage conversations between prescribers and their patients.

"It's to have those prescribers pause and consider the risks of the patient," Goldsby said.

Prescription monitoring becomes mandatory in South Carolina, but some worry about unintended consequences

She added that prescriptions for opioids as pain treatment have gone down since the state passed legislation in 2017 creating a mandatory prescription monitoring system that requires physicians, nurses and others to make a record of every medication a patient is given.

The bill introduced in this year's session of the Legislature is the latest effort in the Statehouse to confront the opioid epidemic.

Similar legislation with identical language has been introduced in other states, according to the Center for Public Integrity. In California, where the same bill passed and became law in late 2018, patients can decline to accept the prescription if they wish, the state's Medical Board advised.

As of September, 10 states had passed naloxone prescription mandates like the one up for debate in South Carolina, according to The Network for Public Health Law. Prescribing naloxone to patients at risk of overdose also lines up with guidance issued by the Food and Drug Administration over the summer.

The effort does not have full-throated support, however.

Although the S.C. Medical Association supported the prescription drug monitoring program and is a member of Gov. Henry McMaster's Opioid Emergency Response Team, the association's president said in a statement his group has concerns about the bill.

“The South Carolina Medical Association supports the General Assembly’s passage of multiple bills aimed at stopping the opioid crisis, but has reservations about requiring physicians to offer naloxone to patients and providing discipline of physicians who do not, as this regulatory burden may deter the real motivation — to have a conversation on opioids with patients.” Dr. Michael Finch Jr. said.

The legislation would make physicians and other prescribers subject to discipline by their professional boards if they don't comply.

Rep. Russell Fry, R-Surfside Beach, is one of the sponsors of the version of the bill making its way through the House. He said the goal of the legislation is to ensure greater access to naloxone, also known by the brand name Narcan, in South Carolina.

"Many of our overdoses occur from individuals who have no prior history of addiction or abuse. They are purely accidental," Fry said.

Having the drug available in the medicine cabinet "when every second counts" could save lives, Fry said.