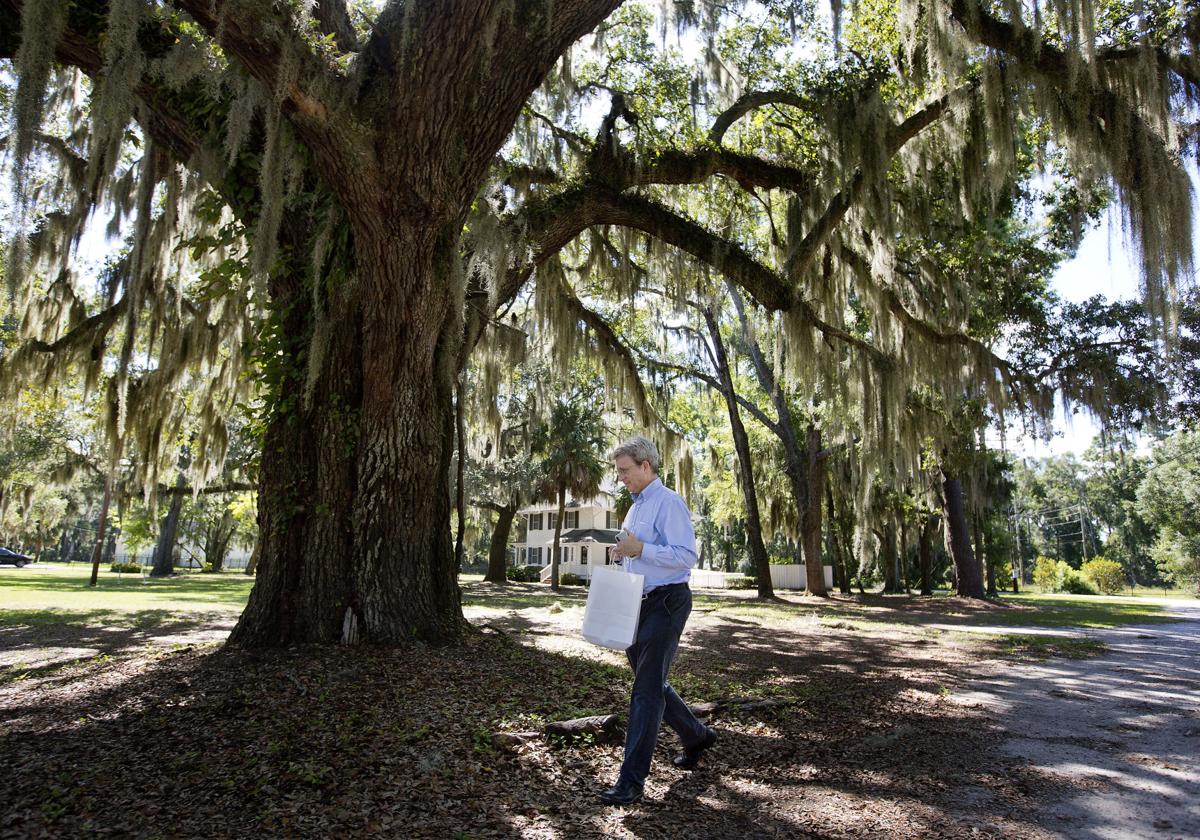 Dr. Josh Hauser, with Northwestern Memorial Hospital, tours the grounds the Penn Center as part of a cultural-immersion training held for physicians as part of a grant to deliver palliative care to rural patients on Friday August 23, 2019. Grace Beahm Alford/Staff 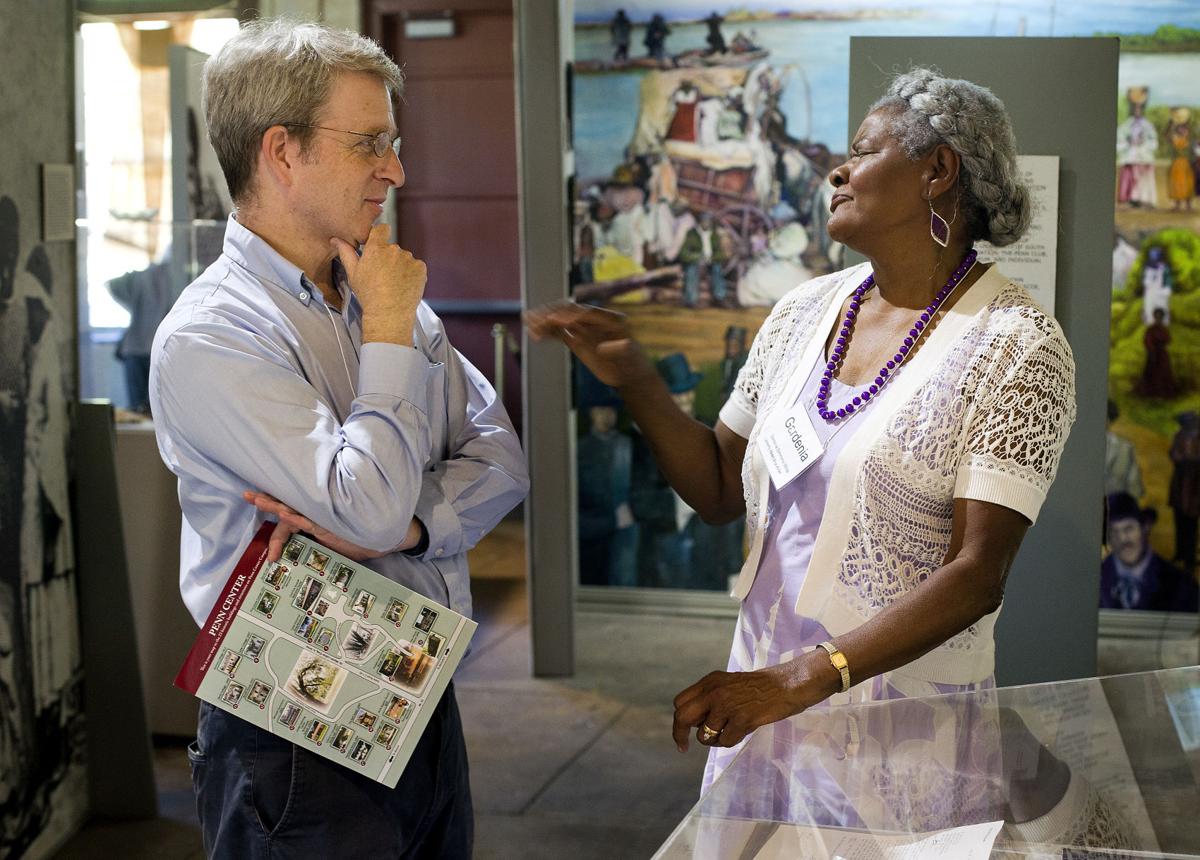 Dr. Josh Hauser, with Northwestern Memorial Hospital, visits with Gardenia Simmons-White at the Penn Center as part of a cultural-immersion training held for physicians as part of a grant to deliver palliative care to rural patients on Friday August 23, 2019. Simmons-White is a 1952 graduate of the Penn School and worked as a nurse for decades in New York before returning home to South Carolina. Grace Beahm Alford/Staff 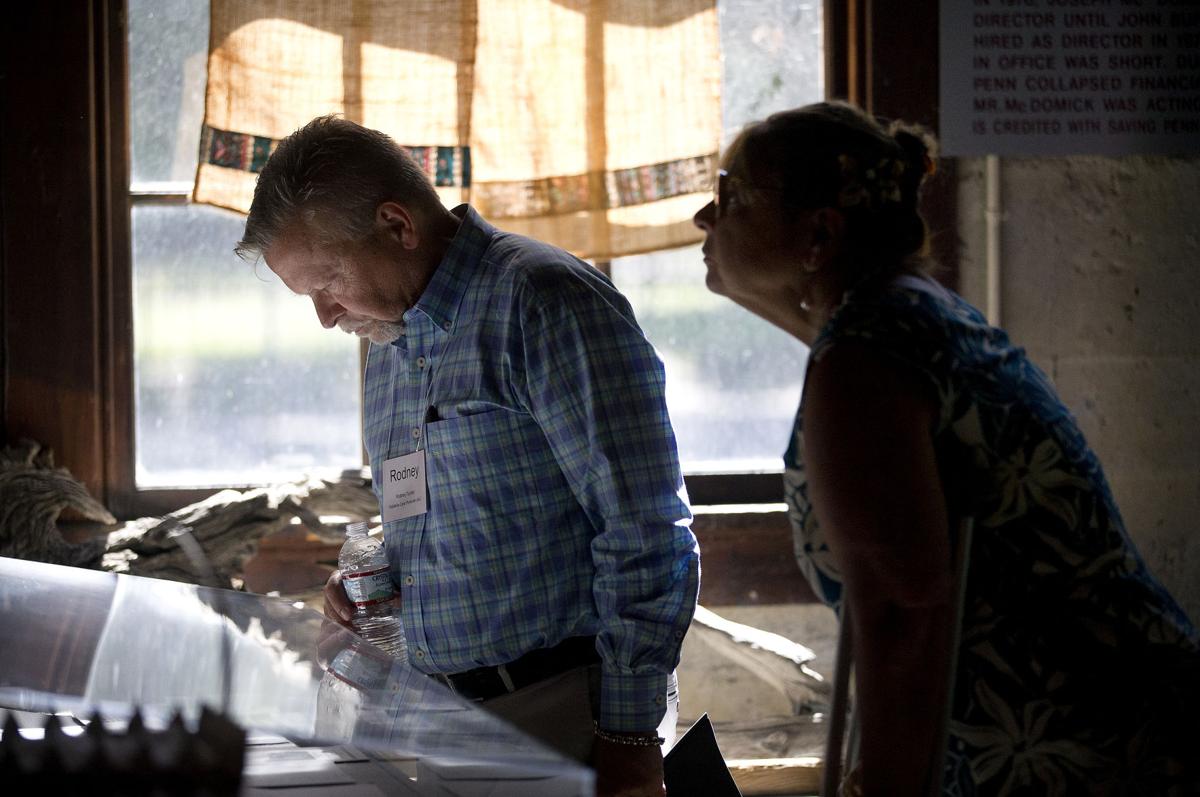 Dr. Rodney Tucker, a palliative care physician at the University of Alabama at Birmingham, visits the Penn Center on St. Helena island as part of a cultural-immersion training held for physicians participating in a grant to deliver palliative care to rural patients on Friday, August 23, 2019. Grace Beahm Alford/Staff 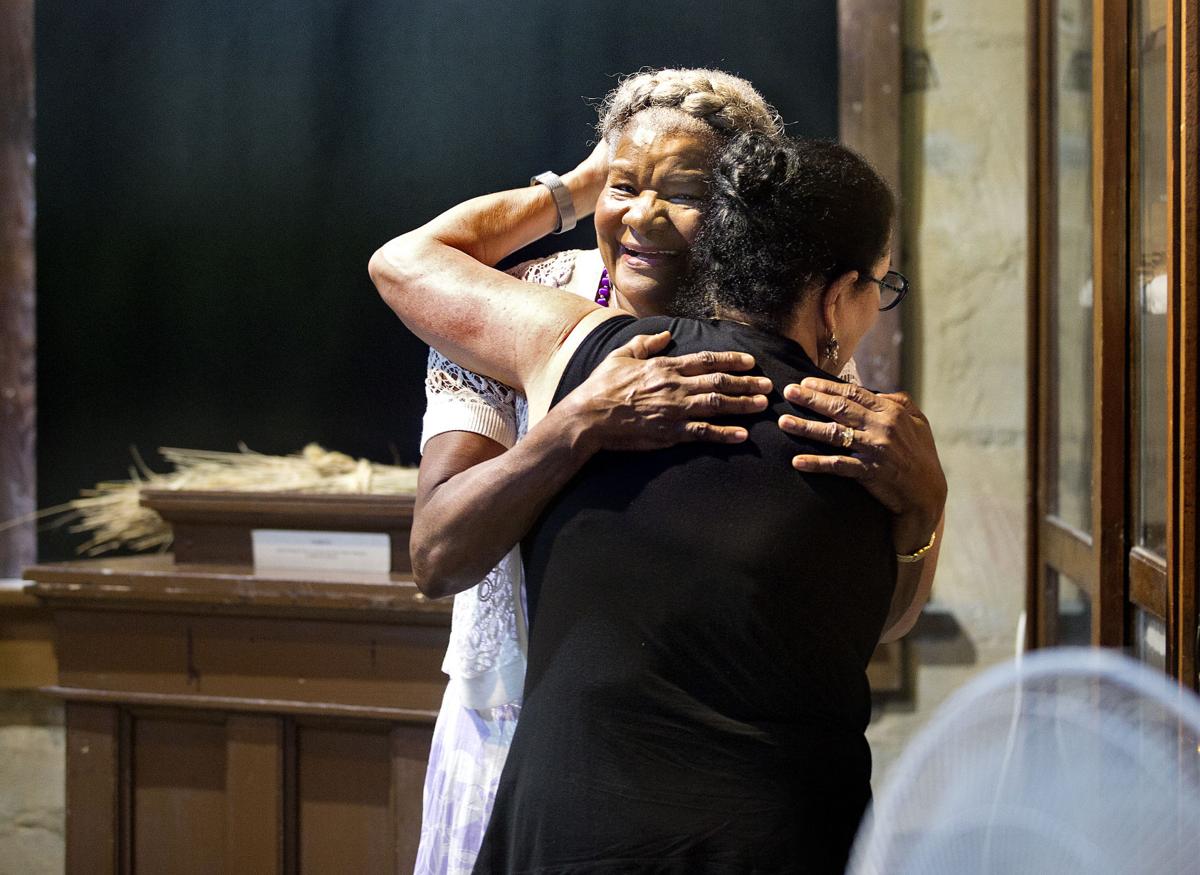 Ronit Elk, professor at the University of Alabama at Birmingham School of Medicine, hugs Gardenia Simmons-White, a former nurse and 1952 graduate of the Penn School on Friday, August 23, 2019 during a training session with physicians. Elk wrote a grant that created a culturally appropriate palliative care program that helps physicians connect to rural patients through tele-health. Grace Beahm Alford/Staff

SAINT HELENA ISLAND — Four physicians and several Beaufort residents all gathered at the historic Penn Center on a recent Friday morning. One group was there to teach, the other to learn.

"I just want them to understand culture," said Dr. Ronit Elk, a professor from the University of Alabama at Birmingham who is leading the research project. "Physicians aren't trained in many cultures."

For the last six years, Elk and her colleagues have worked with Beaufort residents on a study that they hope improves palliative care for people with a serious illness. One of the goals is to come up with a proven list of guidelines for palliative care physicians to help them work better with patients from differing cultures.

A SC man knows he has only months to live. But he wants to choose when and how he dies.

In this case, it's the individual black and white communities in Beaufort.

"You are respecting their culture, and that's what this whole thing is about," Elk said.

How it all started

The original study, which took five years, involved Beaufort residents, a singular physician from Chicago and Beaufort Memorial Hospital. The residents separated into two focus groups, one for blacks and one for whites.

To be a part of any of the focus groups, a participant had to have recently had a family member go through palliative care.

The groups met once a month for two and a half years and came up with separate guidelines for each demographic. The Chicago physician, Dr. Josh Hauser, then tele-conferenced with palliative care patients at Beaufort Memorial to provide culturally based palliative care based on those guidelines.

"Being a doctor is understanding who your patients are," Hauser said.

The program was well received, so they decided to expand it. Now, they have funding from the National Institutes of Health for five more years. They also have more physicians and hospitals in Alabama and Mississippi who are taking part.

In South Carolina, Hauser will now be working with Aiken Regional Hospital.

This is how on a Friday morning four physicians, including Hauser, and residents found themselves at the Penn Center, the historic African American site on St. Helena Island that was one of the nation's first schools for formerly enslaved people.

It is also recognized as being a part of the heart of Gullah culture.

"These clinicians are coming to get trained," said Dr. Kristen Allen Watts, a colleague of Elk who organized the training. "So this is the beginning phase."

Getting to know the culture

Gardenia Simmons-White, one of the Beaufort residents and a former nurse, gave an introduction about the center. As a 1952 graduate of the Penn Center, she explained its importance.

She talked about how Martin Luther King Jr. would come to the former school and work with white activists on civil rights strategy. She said it was one of the few places they could meet safely.

After watching a video, attendees were urged to walk around Penn Center's grounds to learn more about its history and culture.

"We were not written into the history books," Simmons-White said. "Gullah is a culture."

They had lunch at the Gullah Grub and then proceeded to a boardroom at the Beaufort Memorial Medical Center.

More direct training began that afternoon: For five hours, Elk and the Beaufort residents went through the guidelines from a second series of focus groups.

One example of a guideline: Physicians are advised not to mention the word "hospice" to patients because for them, hospice meant death. In the black community, they mentioned that residents often aren't as educated on hospice.

The training guidelines contained anonymous quotes from focus groups members for context. One of the quotes related to the lack of hospice education in the black community said, "Had I been educated about (hospice), then I could have, you know, I could have made better choices, and I would have been a nice person..."

'You've got to develop trust'

A section on religion is also included. Both white and black residents agreed that a pastor was a great source of comfort and a key to helping people understand and adjust to their prognosis and impending death.

But for black residents, religion is described as a source of all comfort. For white residents, it specifically mentions that church leaders are a source of support for patients, so physicians should ask white patients if they have a church member who can assist them if they need support.

Regardless, physicians should respond to a patient's religious background with respect.

"We are a multi-cultural society," White said. "If you don't know their culture, you won't be able to treat them."

Physician trust was also a stressed topic. Elk and White highlighted that one participating hospital in Alabama is only a few miles from Tuskegee — where a group of black men were unknowingly infected with syphilis by medical researchers between 1932 and 1972.

That notorious study undermined the trust between medical professionals and black patients, and Simmons-White noted, "You got to develop that trust."

A final component of the training was a role-playing exercise: Beaufort residents acted as specific patients going in for a palliative care consult.

One example was a daughter speaking on behalf of her mother who had a stroke and was non-verbal. Afterwards, they closed with a brief reflection and group prayer.

"I think the act of getting us together in person was powerful," said Dr. Susan McCammon, a palliative care physician who will work with hospitals in rural Alabama.

Dr. Rodney Tucker, the lead physician who is also working with the Alabama hospitals, said, "It's really validating."

So for the next few years, the four physicians will do what Hauser did at Beaufort and provide culturally based care to patients via tele-health.

Afterwards, Elk and her colleagues will compare results and responses to patients who did not get any of the culturally based treatment. They also plan to expand focus groups and studies to places as different as Harlem, South Africa, Ghana and Israel.

Elk said she hopes the doctors walked away with a greater understanding of culture — and how understanding culture can help heal.

"One size does not fit all," Elk said. "All of that came from one focus group."