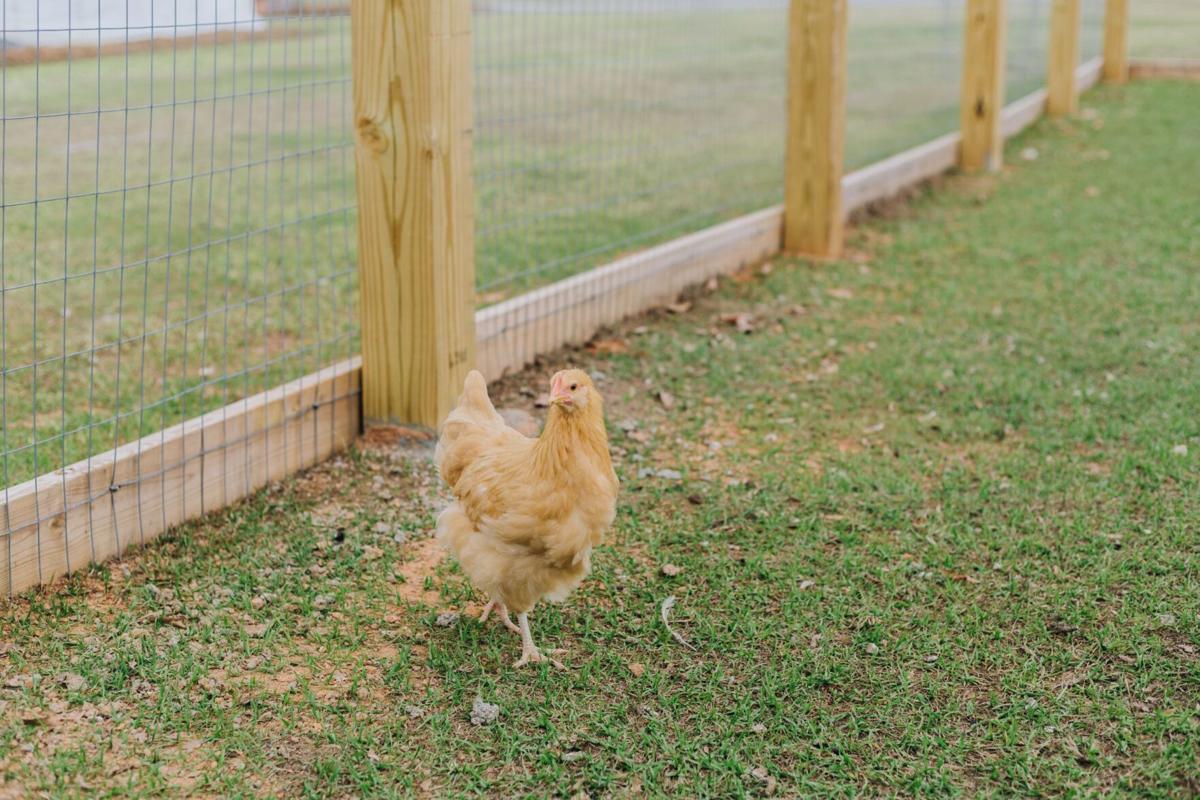 The Hartness neighborhood on Greenville's Eastside has added over 100 chickens for egg production in an expansion of the community's agricultural efforts. Katelyn LeBlanc/Hughes Agency/Provided 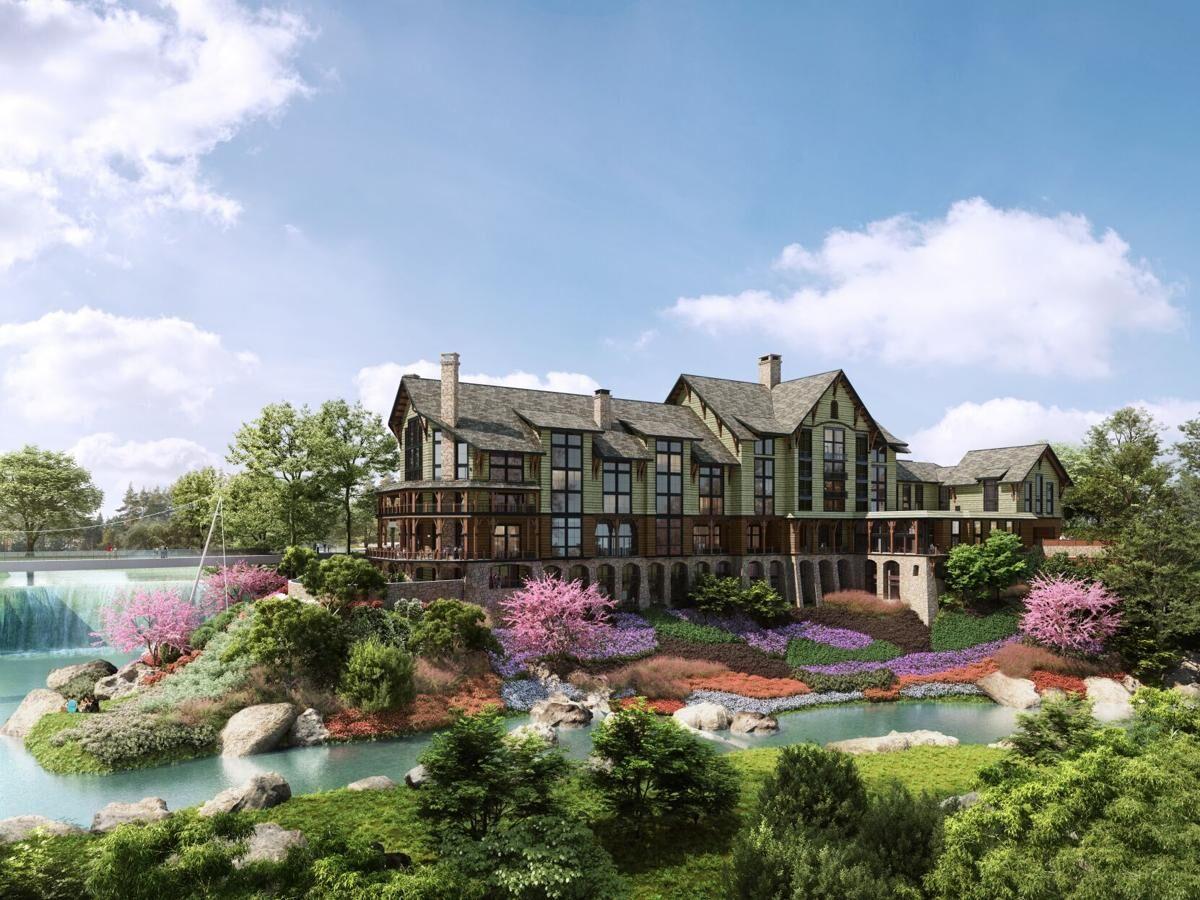 The opening of Kessler's Grand Bohemian Lodge in Greenville later in 2022 will add 187 rooms to a hotel market that saw occupancy levels rise to 72 percent in the first quarter. Kessler Collection/Provided

The flock of fowl will be part of an expansion of Hartness’ agricultural efforts, introduced in July of 2021 with the first phase of the community’s farm. The expansion will see the addition of over 100 chickens for egg production, the installation of a new production garden and greenhouse, and the launch of a crop share program for community residents. The farm will also broaden its array of crops to include cucumbers, leeks, collards, onions, eggplant, squash, radishes and several varieties of kale, tomatoes, beets and carrots.

“The Hartness Farm has come a long way since it launched last summer and I am very proud of all we have accomplished to reach this next phase and further the Hartness family’s vision for a residential farm amenity that also gives back to Greenville,” said Stephen McRae, manager of Hartness Farm. “Great care has gone into growing food on the farm, and we are excited for people to soon enjoy the results of our work.”

P. Allen Smith and Associates, a nationally renowned expert in conservation and sustainability, and Hartness town planner Lew Oliver designed and programmed the Hartness Farm in collaboration with McRae and Mill Village Farm, a local non-profit organization. The farm began with four 50-foot by 50-foot plots available for use by residents and Tanner Marino, the community’s executive chef.

A former family estate of the Hartness family, the Hartness community was started in 2016 and quickly became known for its striking residential architecture and sweeping green spaces. The 449-acre development also has plans for a 73-room hotel to open later this year.

Hotel occupancy in the Greenville area rose to 72.08 percent over the first quarter of 2022, with 711 rooms currently under construction, according to a new market report by the commercial real estate firm Colliers South Carolina.

The 711 rooms under construction in the Greenville market include 187 at the Grand Bohemian Lodge scheduled to open sometime during the second half of 2022. Greenville’s occupancy increased largely due to in-person business and leisure travel, a stark difference from the primarily seasonal travel that drove down first-quarter occupancy rates in Hilton Head (61.62 percent) and Myrtle Beach (57.57 percent).

Statewide, the occupancy rate of 66.83 percent and average daily rate of $126.74 both increased year-over-year. That heightened demand in South Carolina exists despite hotel operating expenses increasing 20 to 30 percent over pre-pandemic levels, largely due to staffing challenges, Colliers reported.

Greenville and Spartanburg were both among the 70 U.S. metro areas where single-family existing home sales prices increased by double digits year-over-year in the first quarter of 2022.

The Greenville-Anderson-Mauldin area saw prices rise 17.1 percent to a median of $300,100, according to a report by the National Association of Realtors. In Spartanburg, prices increased 15.3 percent to a median of $258,500. The metro in South Carolina seeing the biggest increase was Myrtle Beach, whose 28 percent year-over-year increase (to a median price of $342,000) ranked ninth nationally.

"Prices throughout the country have surged for the better part of two years, including in the first quarter of 2022," said Lawrence Yun, NAR chief economist. "Given the extremely low inventory, we're unlikely to see price declines, but appreciation should slow in the coming months."

The purchase of a Dollar General location in Mauldin was among the recent notable commercial real estate transactions announced by the Greenville-based firm NAI Earle Furman.

Peter Couchell and Robert Schmidt of Furman Capital Advisors, the investment services and capital markets division of NAI Earle Furman, and Jake Van Gieson of NAI Earle Furman represented the buyer in the purchase of the Dollar General at 741 East Butler Road in Mauldin from DPR Management of SC. Couchell and Schmidt also represented the buyer in the purchase of a 19,742-square-foot shopping center at 1616 Woodruff Road in Greenville from Randolph Property Group.

Allen, Anderson and Tollison also represented Cranial Technologies Inc. in the leasing of 3,215 square feet of office space at 1003 Grove Road in Greenville. Scott, Montgomery, Hall and Swayngim represented NWH Properties in the sale of 140.25 acres of land on Augusta Road in Piedmont to SunCap Property Group.