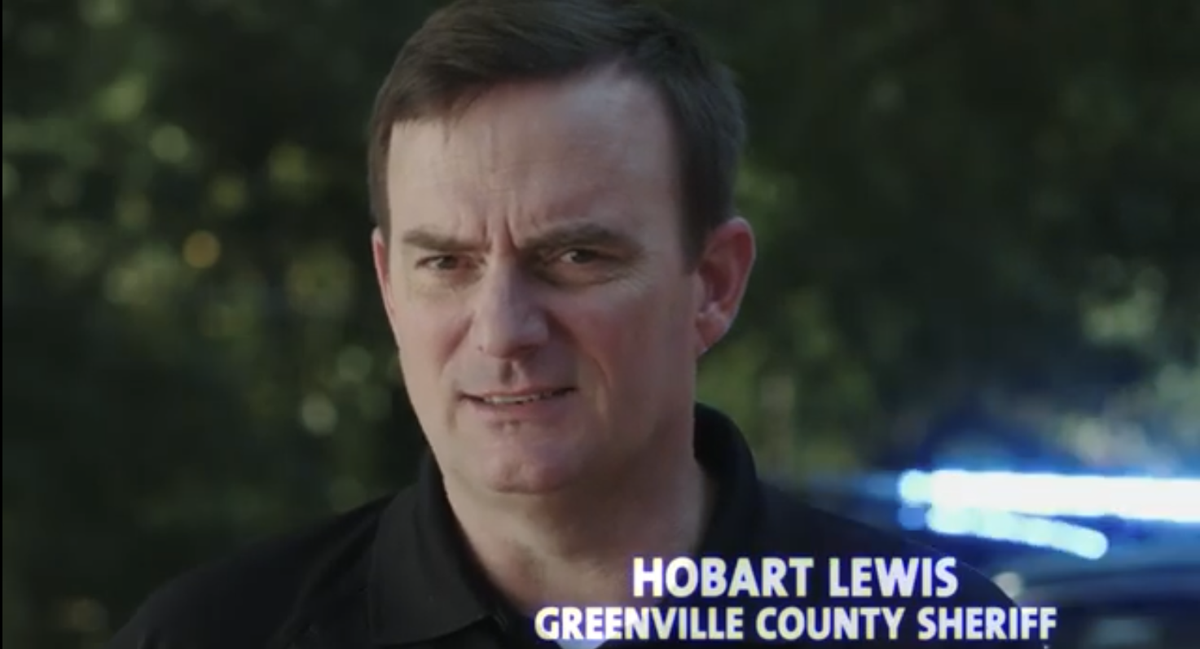 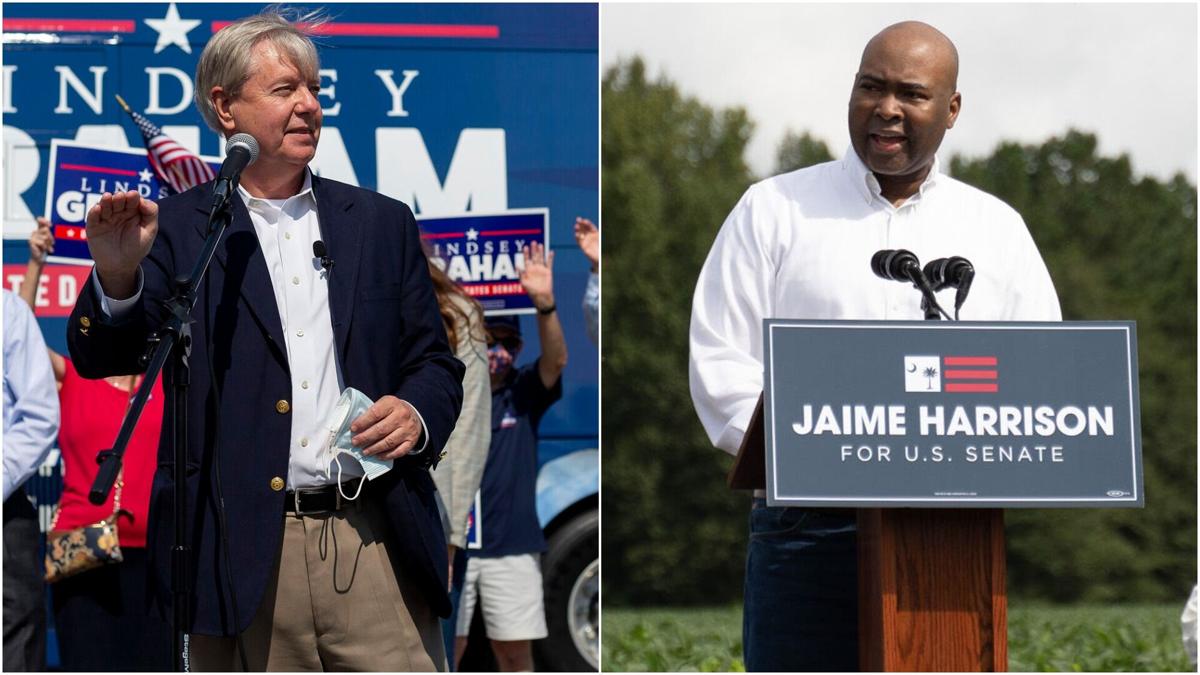 U.S. Senate candidate Jaime Harrison called a new attack ad “idiotic” that features Greenville County Sheriff Hobart Lewis saying there will be rioting, looting and chaos if the Democrat is elected to Congress in place of Republican Sen. Lindsey Graham.

The 30-second televised advertisement is paid for by Security is Strength Political Action Committee, a super PAC indirectly tied to Graham.

In the ad, over video clips from locales outside South Carolina, Lewis says, “the rioting, the looting, the chaos, if Jaime Harrison is elected to the senate, get ready, because it’s coming.”

Lewis wore a black polo with his badge and stands in front of a sheriff's cruiser as he says South Carolina needs Graham to keep its communities safe.

Asked about the ad Monday, Harrison said Lewis “should be ashamed of himself as a law enforcement officer.” He said his grandfather served in the Detroit Police Department for more than 30 years.

“I come from a law enforcement family,” Harrison said. “I don't need a lesson in terms of law enforcement. Lindsey Graham, on the other hand, has a budget right now that cuts community policing by $500 million. It is distasteful, and they should be ashamed of themselves, but you know what, they aren't ashamed of themselves because that's the low gutter politics that Lindsey Graham plays right now.”

Harrison was referring to President Donald Trump’s proposed 2021 budget, which Congress hasn’t approved but would cut the Justice Department’s budget by $380 million and would reorganize and cut the community policing grants program by $170 million.

Graham said he wasn’t involved in Lewis’ ad but saw it Sunday night. When Lewis arrived at a Graham get-out-the-vote rally in Simpsonville on Tuesday, Graham told the crowd, “this guy rocks.”

“I don’t think you have to be a rocket scientist to figure out what’s on people’s minds here,” Graham said. “This is a law and order state.”

Lewis, on Monday, said the ad was about the ballot in general and the idea of defunding police department budgets by moving money to other non-law enforcement services. He didn’t mention Harrison in particular and said his law enforcement budget in Greenville County isn’t threatened like those in other states because the County Council wouldn’t let it happen.

He pointed to Seattle and Portland as examples, and closer to home, the city of Asheville’s decision to cut $770,000 from its $30 million police budget. Since then, Lewis said officers from Asheville are applying in Greenville.

“That’s a good barometer for us that we don’t want that here,” Lewis said.

That would mean Lewis' view toward funding police aligns with Harrison’s, according to Harrison.

“At the end of the day, I have said it and I've said it again and I'll say it one more time because, unlike Lindsey Graham, when I say something I actually mean it: I am not for defunding the police because that's like defunding my family, who we put out on the frontlines to protect and serve their communities,” Harrison said.

Harrison questioned why Security is Strength PAC, which developed the Graham ad, received a $250,000 donation from Larry Ellison, the founder and CEO of Oracle, soon after Graham worked to broker a deal between Oracle and TikTok for the United States portion of the phone application company owned primarily by a Chinese business.

Graham said he didn’t know anything about the donation and didn’t have a say over who donated to the super PAC because it wasn’t connected to his campaign.

“But if I was Oracle, if I was any other business in America, I would do everything I can to keep the Senate in Lindsey Graham’s hands, not Mr. Harrison’s hands,” he said.