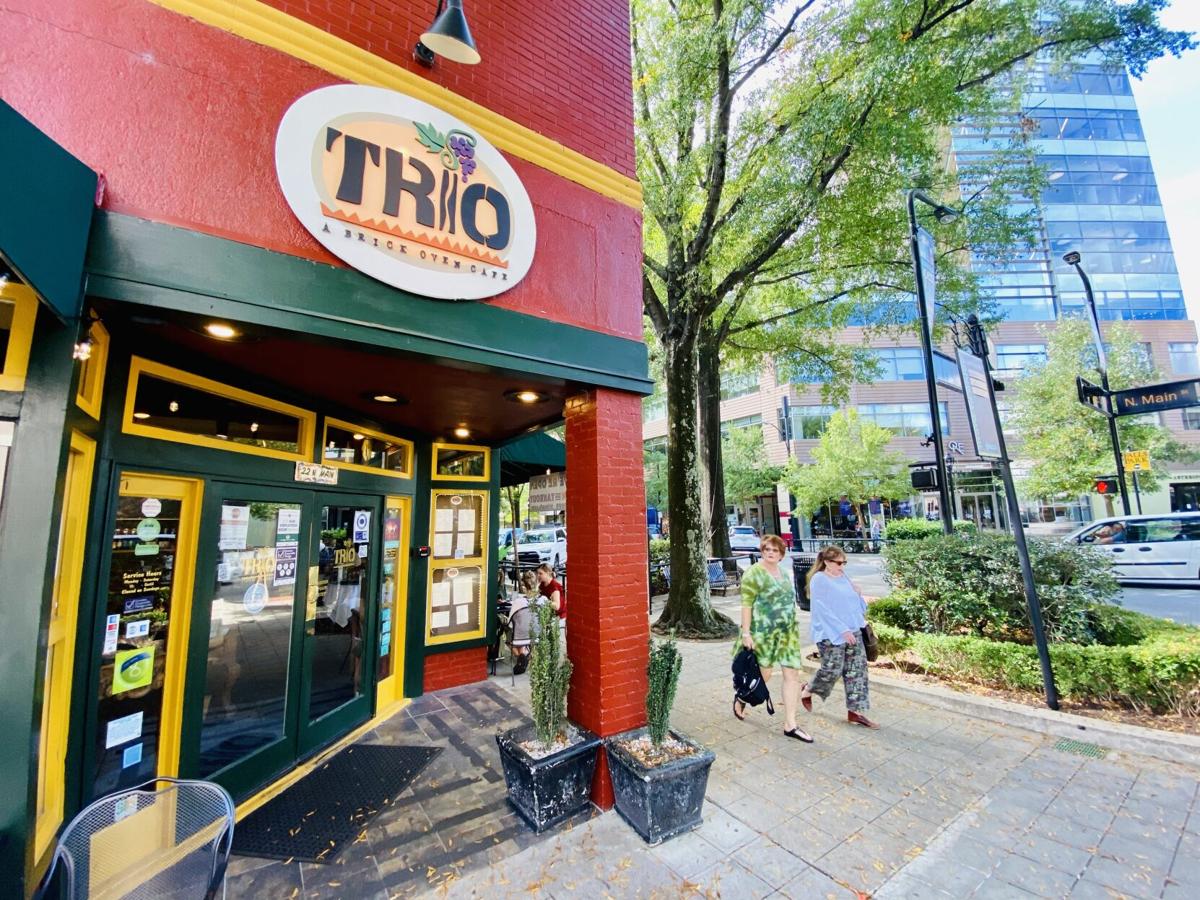 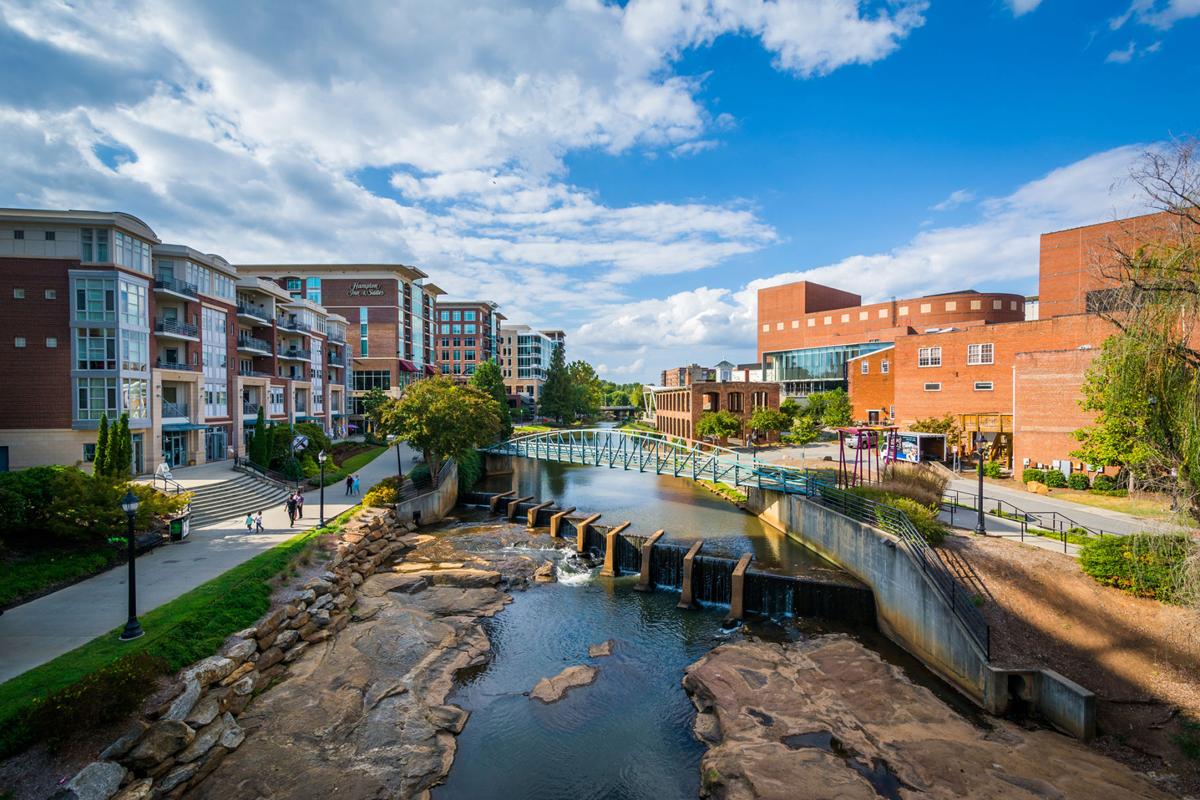 A view in 2018 from the Main Street bridge in downtown Greenville toward the Peace Center. 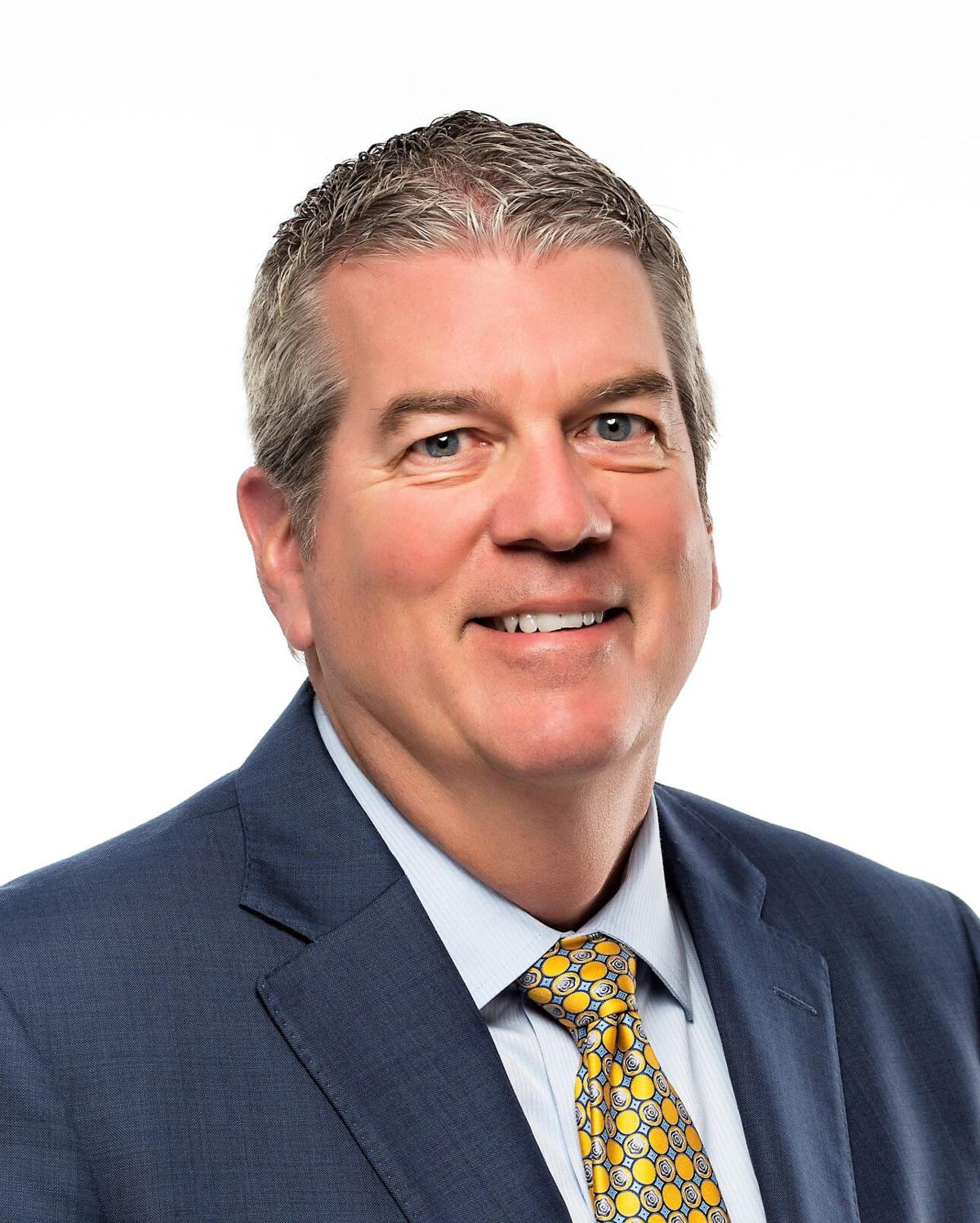 Christ Stone, CEO and president of VisitGreenvilleSC, will retire from his post after 24 years on Dec. 31, 2020. 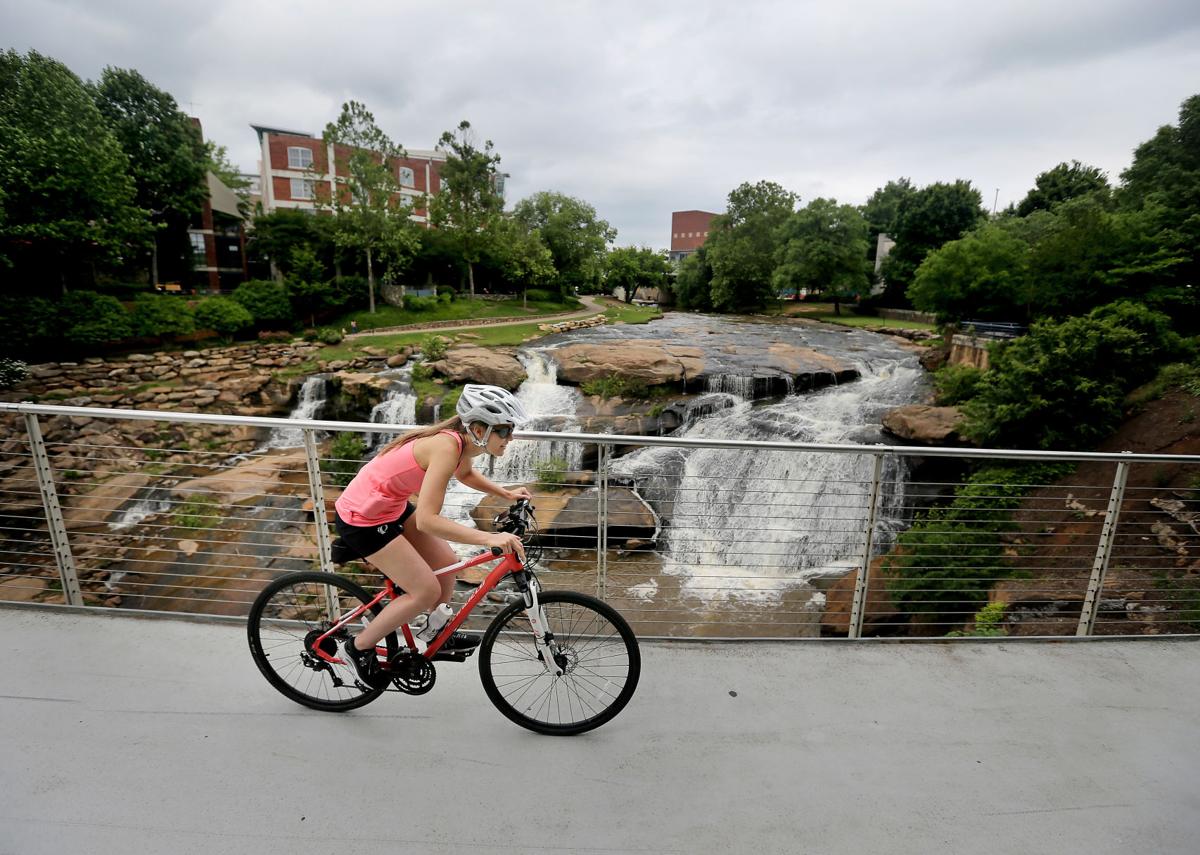 The pedestrian Liberty Bridge at Falls Park on the Reedy River in Greenville,S.C. Thursday May 24, 2018. Grace Beahm Alford/ Staff

Chris Stone will step away at the end of December from leading Greenville’s tourism office, a position from which he directly influenced the city’s character and appeal to visitors for 24 years.

During his tenure, Stone’s tourism budget grew from $50,000 to $4 million, according to a Thursday statement from the visitors’ office, money his staff used to promote the city's name and to push it onto multiple national lists of must-see places in America.

The city earlier this month was No. 6 on Conde Nast Traveler's "Best Small Cities" list, and tourism here has grown into a $1.4 billion industry. Although the industry took a hit in 2020 with the pandemic, the community typically draws more than 5.5 million visitors annually and dozens of group meetings, according to the statement.

Stone will retire as VisitGreenvilleSC’s CEO and president on Dec. 31. The visitors’ bureau’s board chairman, Dave Edwards of GSP International Airport, said a new leader will ideally be installed by May 2021.

Stone could not be reached immediately for comment. In a statement he said, “To have become a place that few could have imagined is an achievement beyond description.”

With the news of his departure, accolades for Stone came pouring in from city, county and business leaders.

Greenville Mayor Knox White said Stone was a consistently positive and energetic partner who early on recognized the value of the Reedy River. When Stone arrived, the Reedy’s downtown waterfall was obscured by a highway bridge (since removed) that ran over it. County Council Chairman Butch Kirven said Stone helped Greenville thrive in good times and survive in tough ones.

"In just a few short years, Greenville has earned a place as a tourism destination," White told The Post and Courier. "Chris helped shape our appeal and get the word out. He has done an outstanding job taking us so far."

Stone organized trips for Greenville leaders to learn how other world-class cities  developed their brands. He also co-led the Reedy River Corridor Vision Plan in 1999 that foreshadowed Falls Park and RiverPlace. That same plan introduced the concept of a greenway “Emerald Necklace” connecting Cleveland Park to the future Falls and Unity parks.

“Hospitality will thrive for years to come thanks to the foundation laid under his leadership,” Sobocinski said.

Stone capitalized on Greenville County’s natural beauty, with the Blue Ridge Mountains to the extreme north and Paris Mountain State Park within view of downtown, as well as downtown Greenville’s developing food and shopping scene.

The city of Greenville helped by giving Stone and his staff more to sell: Falls Park on the Reedy, established in 2004 with a pedestrian bridge overlooking the Reedy waterfall; a minor league baseball park, which opened in 2006 and revitalized downtown's West End; and a walkable, tree-lined Main Street, guided by strict design rules for more than two decades at downtown's northern end.

Hotel occupancy increased from 56 percent on weekends in 2011 to 71 percent by last year. Tourism generates $81.2 million in state and local tax revenue and supports more than 11,000 jobs.

At the center of Stone’s strategy was word-of-mouth praise for Greenville. Stone and his staff are perhaps best known for their #yeahTHATgreenville marketing push.

“I’ve been fortunate to meet people from all over the country and when I ask what brought them here, they reply they’ve heard so much, they just had to see it for themselves,” said Rick Erwin, Owner/Founder Rick Erwin Dining Group

In 2006, Stone hosted 50 couples from Atlanta for a weekend in Greenville. All said they would recommend it to friends.

Since then Greenville has been featured in The New York Times, Travel and Leisure and Lonely Planet, among other publications.