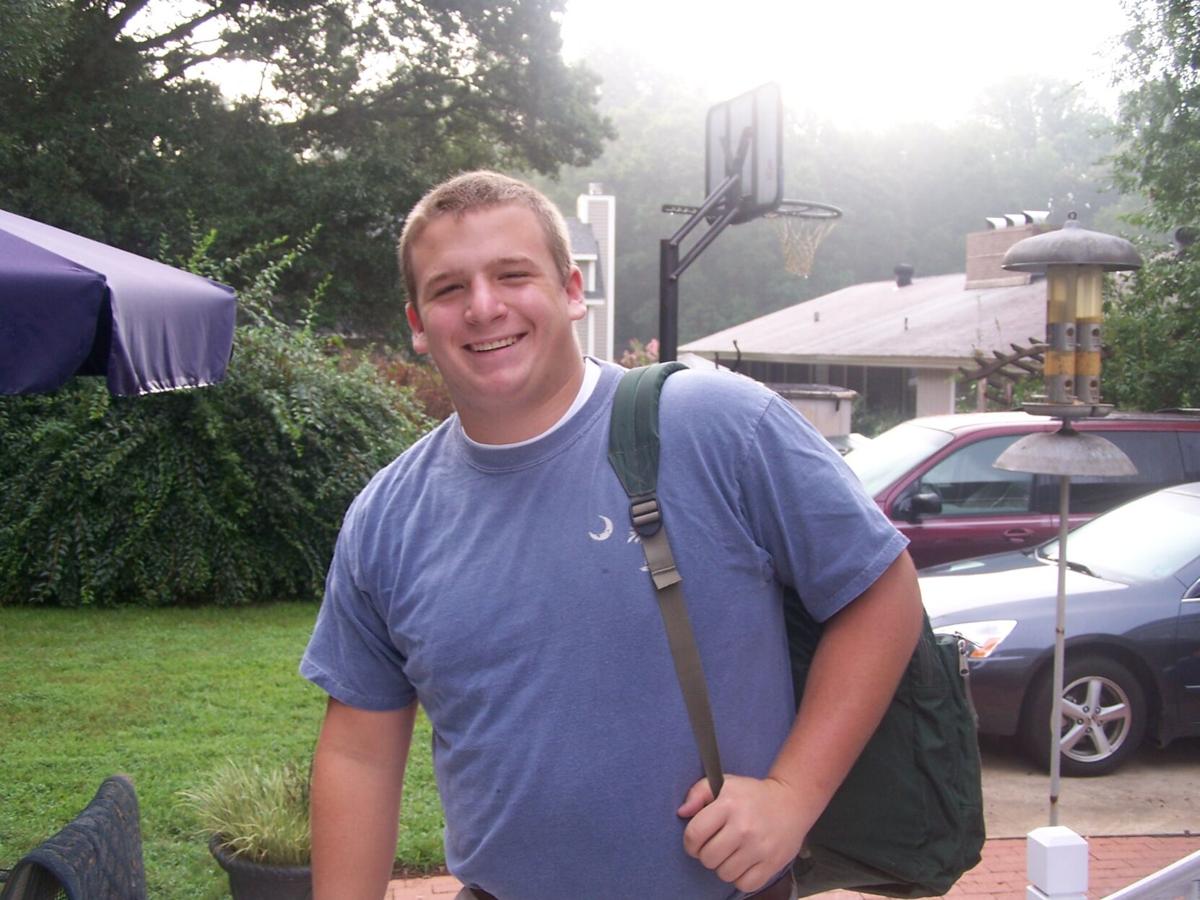 This undated photo shows Ben Sprague, a Clemson freshman who died in 2007 at age 18. His parents, Joel and Gaye Sprague, have established an endowed scholarship in his memory to benefit certain civil engineering majors, women and people of color, who are underrepresented in the field. Sprague's parents and grandfather, T. Ed Garrison, were Clemson graduates.

An aerial view of the T. Ed Garrison Arena at Clemson University. File 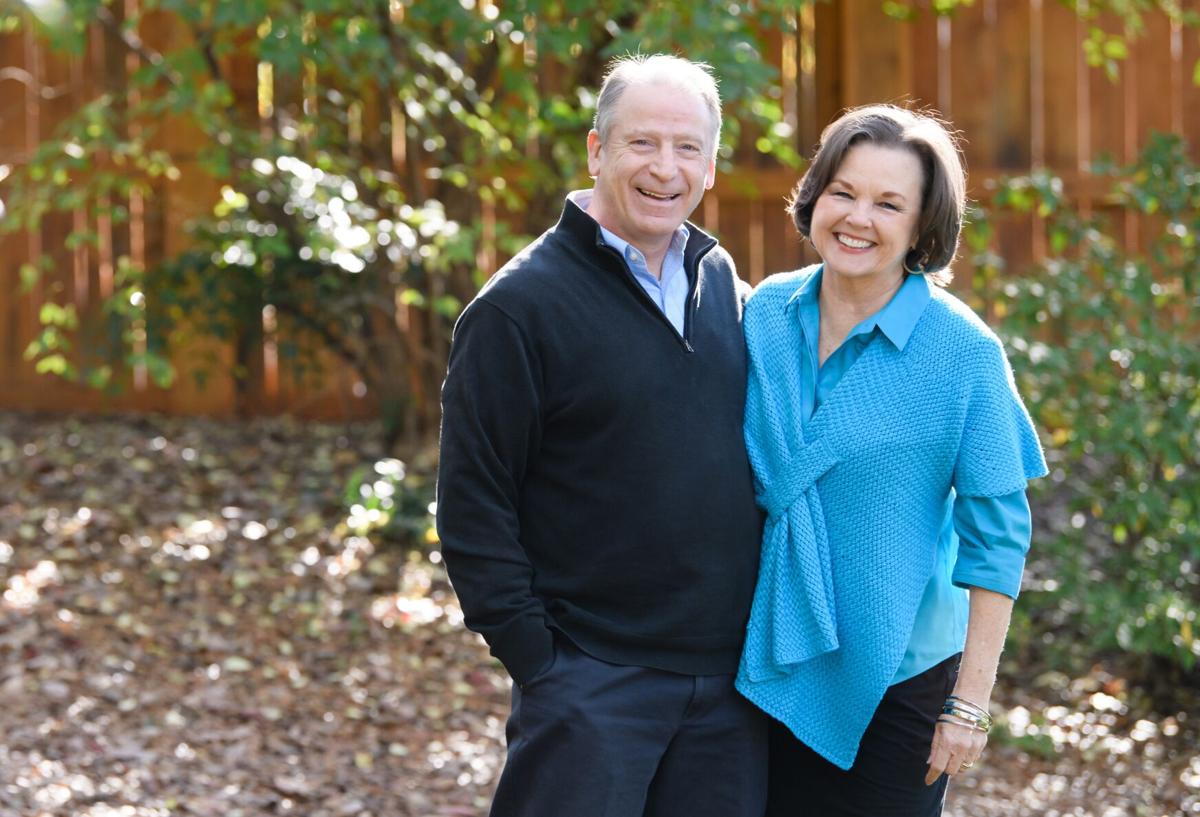 In this undated photo, Joel Sprague (left) poses with his wife, Gaye. The Spragues, who live in Greenville, have established an endowed scholarship at Clemson University for civil engineering majors in memory of their youngest son, Ben, who died while a freshman there 13 years ago. The Spragues are both engineers, and their son had expressed a wish shortly before his death to join his mother's firm. Provided

CLEMSON — Thirteen years after the accidental death of their youngest son during his first semester at Clemson, Gaye and Joel Sprague have a word of advice.

The Sprague family was thrust into the national spotlight on Dec. 9, 2007, when Ben, just 18, died from alcohol poisoning in the early hours after an off-campus party. Ben had graduated from Greenville High School six months before. He'd been a center on the varsity football team, played on the school's soccer team and served on student government.

Now he was attending his dream school.

Ben wasn't perfect, his mother says, but he was a good son. A good friend.

"My friends and family were so supportive," Gaye Sprague said of the days after Ben's death. "They held us up when we couldn't stand. And then we were able to stand."

Before Ben's funeral, the Sprague family set up a memorial fund at Clemson University in his name. Civil engineers both, the Spragues aren't millionaires, and they asked anyone who loved Ben to give what they could. They weren't sure where it would lead.

Last week, the Spragues learned the identities of two young men, both of them Black, who will be the first recipients of the Benjamin Garrison Sprague Memorial Endowment Scholarship.

The scholarship targets women and people of color. It is tied to these students as long as they pass their classes and remain in civil engineering. And it is intended to help underrepresented civil engineering majors forever.

The conditions of the scholarship draw directly from the Sprague family's own experiences, said Leishe Lane, a development officer for the university.

Gaye Sprague said her son was a happy person who embraced everyone.

"Black and White, and rich and poor, and old and young, and male and female," she said.

Gaye Sprague was a groundbreaker in her own right, graduating with an advanced degree in civil engineering in 1980 when few women were in that field. Gaye's husband, Joel, had to pay his own way through school. He held down multiple jobs while routinely taking more than 20 hours of classes to get the most bang out of his $640 tuition each semester.

"I made really good grades, and Joel was a good student," Gaye Sprague said. "But he was not top of his class because he had to work all the time."

That, she said, is why the scholarship has no required GPA.

Ben came from a sort of Clemson royalty, the child and grandson of Clemson graduates. Ben’s grandfather was the late T. Ed Garrison, a 1942 Clemson graduate, dairy farmer, state lawmaker and the man whose name adorns the university's livestock and rodeo arena, a five-minute drive from the main campus.

All five of T. Ed Garrison's children graduated from Clemson. Gaye Sprague is a prominent Upstate traffic engineer and former City Councilwoman in Greenville. The Sprague & Sprague Consulting Engineers name is on traffic studies for most of Greenville's biggest projects — including the redevelopment of Greenville County Square.

"Dad said I could go anywhere I wanted to, but he would pay for it if I went to Clemson," she said.

Joel Sprague, Ben's father, works for TRI Environmental as a soil engineer. His erosion experiments are visible from Clemson Boulevard on the grounds of Denver Downs, the family farm where Gaye's brother still grows crops.

Ben and his older brother, Jay, visited the Denver Downs farm outside Anderson every couple weeks growing up. They were close with T. Ed Garrison, as well as their aunts, uncles and many cousins. Gaye Sprague is 17 years older than her youngest siblings.

"We almost have three generations in one generation because of that extended family," Gaye Sprague said, adding, "Ben was just at ease with adults and teachers."

Ben brought that comfort zone with him to school, where he refused to miss a single day. In sports, he befriended a diverse cross-section of Greenville High students.

An accomplished football player — his nickname at center was "Big Ben" — what Ben really wanted to do was play soccer. He joked he was a soccer player trapped in a football player's body. And everyone was in on it.

"Bless their hearts, the soccer team embraced him," Gaye Sprague said. "I think he scored one goal. It was like the whole stands stood up. Like we'd won the Olympics."

That Ben also liked to drink socially was not lost on his parents. Gaye Sprague said they counseled him on it and wanted him to stop.

After his death, she traveled to several universities around the country to tell her son's story.

Ben Sprague's fund at Clemson University sat for 12 years under the care of the Clemson Foundation, gathering interest and the occasional new donation, before it was large enough earlier this year to kick off funds for a scholarship.

It is not one of the larger endowed scholarships at Clemson University, Lane said. Those run into the millions of dollars.

But that's not the point. The fund can keep growing as people who loved Ben keep giving over time. She said helping kids pay for a Clemson education is always a group effort. When students are accepted, Clemson offers a financial package that, depending on the student's qualifications, includes a range of scholarships.

"There's a role we all can play in the piece of a whole plan," Gaye Sprague said.

Lane declined to say how large the Sprague scholarship will be each year. It won't cover all expenses but it will help, she said.

Recipients will also get a chance to know the Spragues.