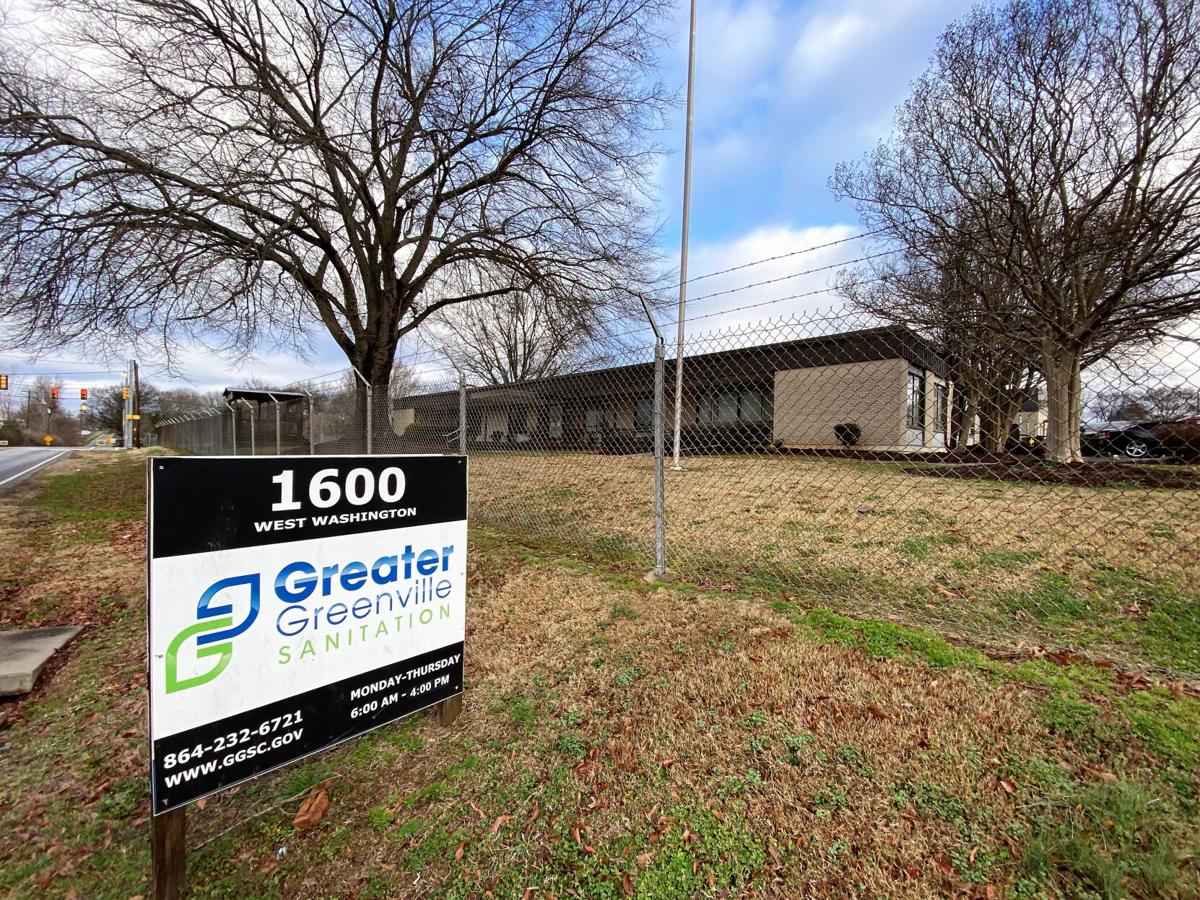 The Greater Greenville Sanitation District on Washington Street in Greenville. The utility, which provides garbage pickup to 54,000 households in Greenville County, has canceled plans to spend up to $14,000 on a three-day retreat for its leaders in Asheville, Feb. 26-28, 2021. By Anna B. Mitchell/Staff 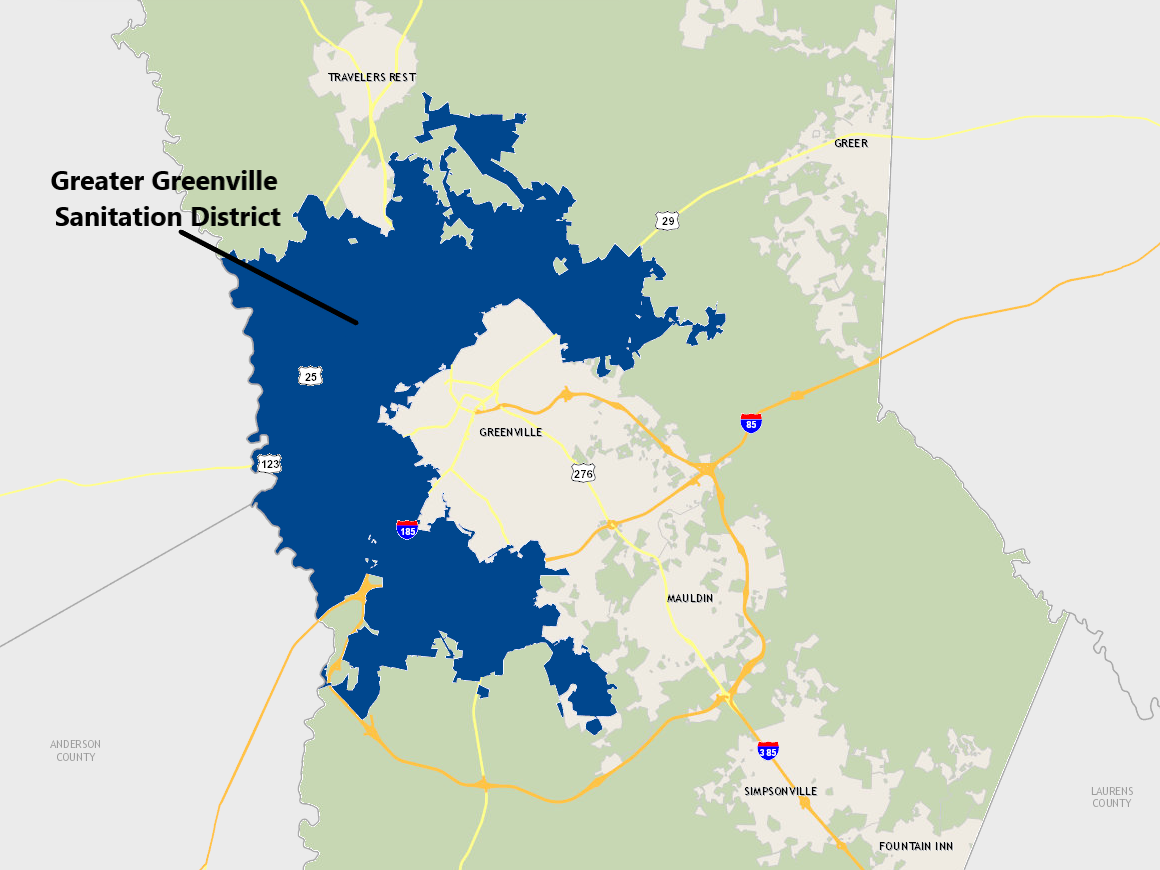 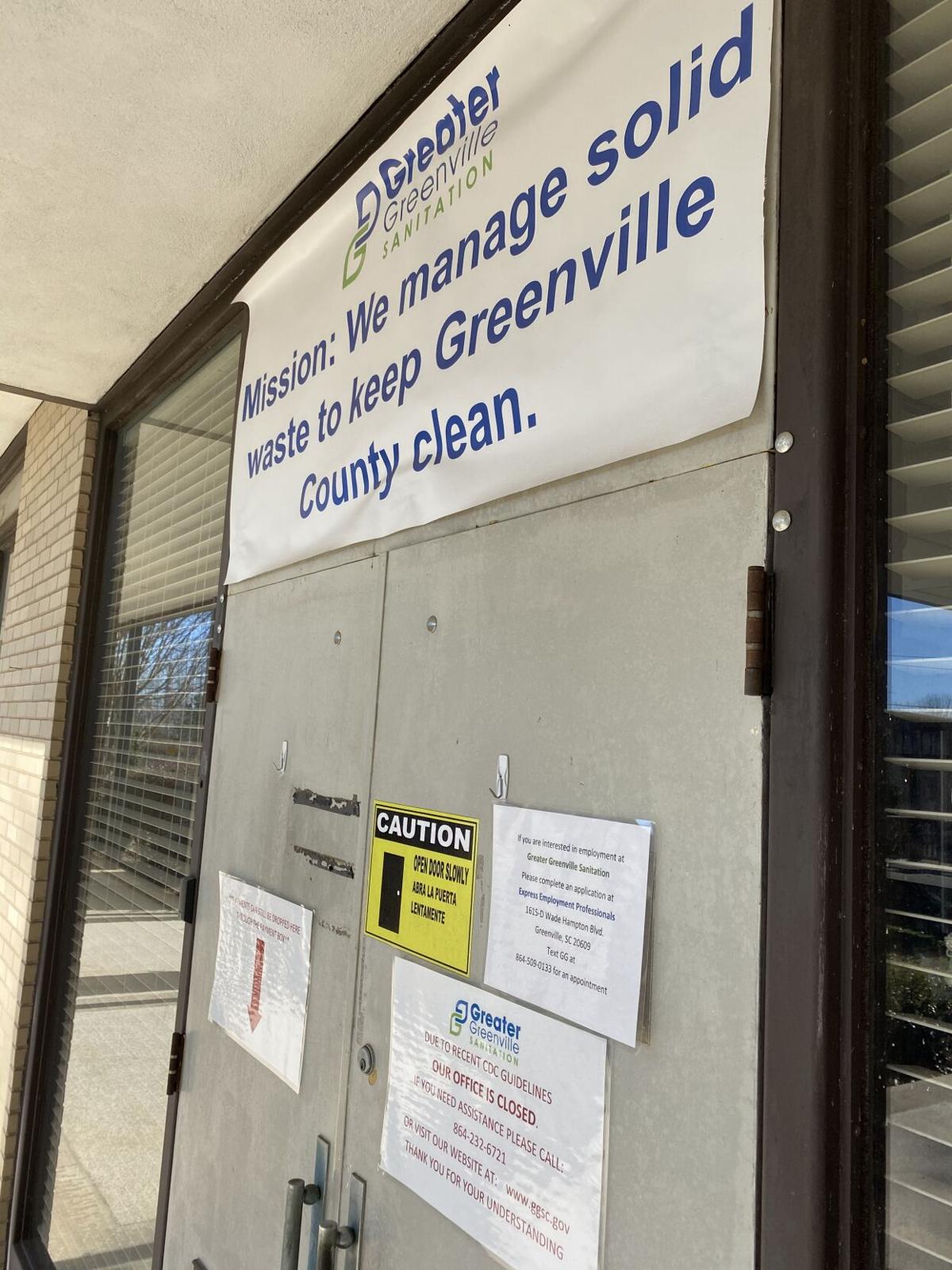 A sign is posted above the door to the Greater Greenville Sanitation District's headquarters near downtown Greenville, declaring the trash utility's mission to "manage solid waste to keep Greenville County clean." Anna B. Mitchell/Staff

GREENVILLE — The men and women who lead Greenville's trash utility will not travel to a luxury resort this weekend to hash out the year's budget priorities after all.

Not enough of his commissioners could make it, said Steve Cole, executive director of the Greater Greenville Sanitation District. Cole told The Post and Courier on Feb. 23 that the workshop his team was set to participate in this weekend, Feb. 26-28, at the Grove Park Inn in Asheville, N.C., was canceled due to his governing commission's lack of a quorum.

The utility will lose its $5,000 deposit for Grove Park Inn, according to Cole, but it avoids spending nearly three times that amount on a trip that drew criticism after The Post and Courier reported on it Feb. 16 as part of the newspaper's ongoing "Uncovered" investigation.

One watchdog observer called it a "junket."

Though the retreat was open to the public and posted online, the Grove Park Inn is a 90-minute drive from the utility's downtown Greenville headquarters. Most of the planned seven-hour meeting on Saturday was to be in executive session.

Cole said one of the GGSD's five commissioners has not received her official appointment yet, which reduced the number of active commissioners to four. Another commissioner had an unexpected illness this week, and a third planned to stay home anyway because his wife had major surgery.

"It couldn't come at a worse time," Cole said.

With the cancellation of the 2021 budget retreat, the GGSD's traveling days are likely over for good.

Cole told The Post and Courier this past weekend that the GGSD commission will hold its 2021 budget workshop at its West Washington Street headquarters in the next three or four weeks. Workshops likely will stay in Greenville moving forward, he said.

Beyond the Headlines: "Uncovered"

The GGSD serves about 54,000 customers in the Greenville area, picking up residential and commercial garbage in a crescent-shaped zone west of the Greenville city limits. The GGSD typically operates outside the public eye, as one of 30 "special purpose districts" in Greenville County that hold governing and taxing authority for a narrow list of services to the public.

Similar districts operate across the state, with commissions and boards that receive little to no scrutiny from the public or the press. That void in oversight has led to excessive spending and misconduct at several of these little-known agencies. Through "Uncovered," The Post and Courier is teaming with community newspapers to expose such problems. The first installment, published Feb. 14, detailed how corruption has flourished in South Carolina because of toothless ethics laws, weak state and federal law enforcement efforts and the decline of local news organizations and other community watchdogs.

Records provided in a Freedom of Information Act request showed the GGSD has traveled out of state for its budget retreats in three of the past four years. Cole said the commission traditionally has done this so members can focus on business at hand without distractions.

Prichard, Earnest and Cass also planned to bring their spouses.

The meals, meeting space and two-night hotel stays would have cost at least $11,922, according to documents provided to the Post and Courier. The district had budgeted an additional $2,384 for contingencies, bringing the total to $14,306.

If this year's retreat had been like ones in past years to the Dillard House in Georgia and the Esmeralda Inn in Chimney Rock, N.C., those contingencies would have included about $1,000 in bar tabs and tips.

Records provided to The Post and Courier showed no categories of spending beyond room and board, and the sanitation district does not pay for sightseeing or other activities, Cole said. Still, in a departure from the sanitation district's resort destinations in past years, the Grove Park Inn visit was to include a $55 upcharge per room for resort fees and parking.

The Post and Courier learned of the retreat's cancellation when a reporter showed up at the GGSD's headquarters near downtown Greenville to attend the utility's regular monthly meeting on Feb. 23. That 4 p.m. meeting was also canceled for lack of a quorum. Its cancellation was posted at 2:23 p.m. on the Greenville County website, though the utility alerted the county the previous night, Cole said.

The GGSD website had been updated as soon as he knew the meeting and retreat could not happen, Cole said.