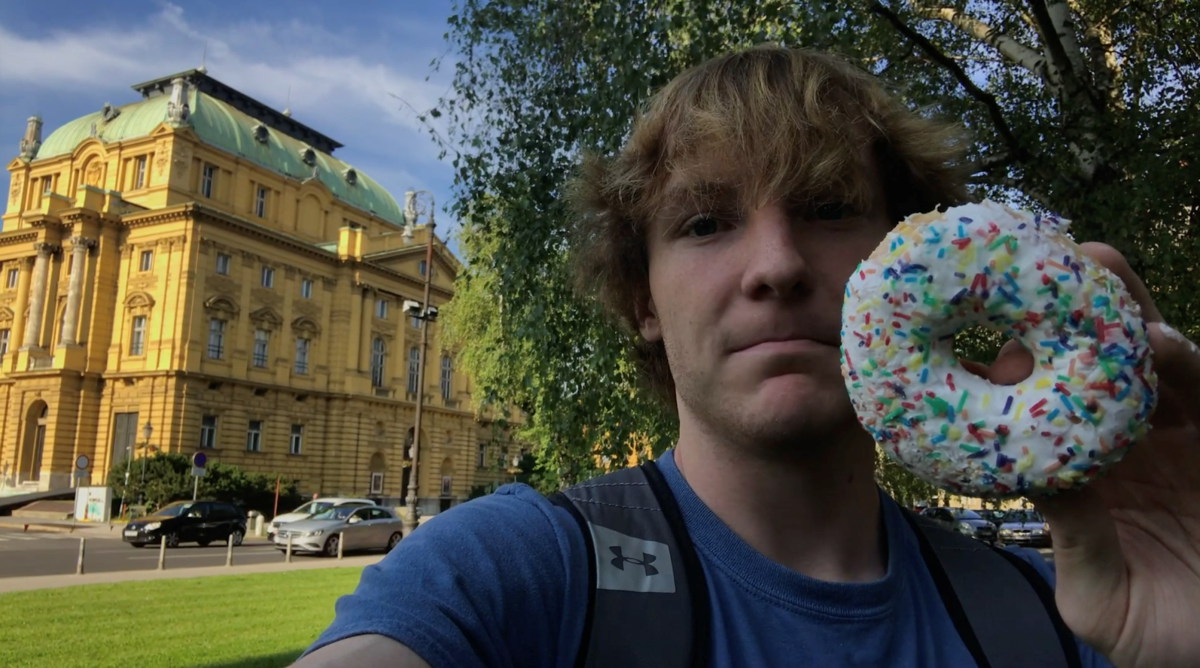 Furman University student Charlie Lott of Silver Springs, Md., poses for a selfie in front of the Croatian National Theatre building in Zagreb in June 2019. The Furman senior, who double majors in economics and sustainability science, was in Croatia for the summer working on "Sustainability Doughnut" models for an internship with the Institute for Political Ecology. A $3,100 stipend that Lott received through Furman Advantage covered his living expenses for the unpaid position. Provided 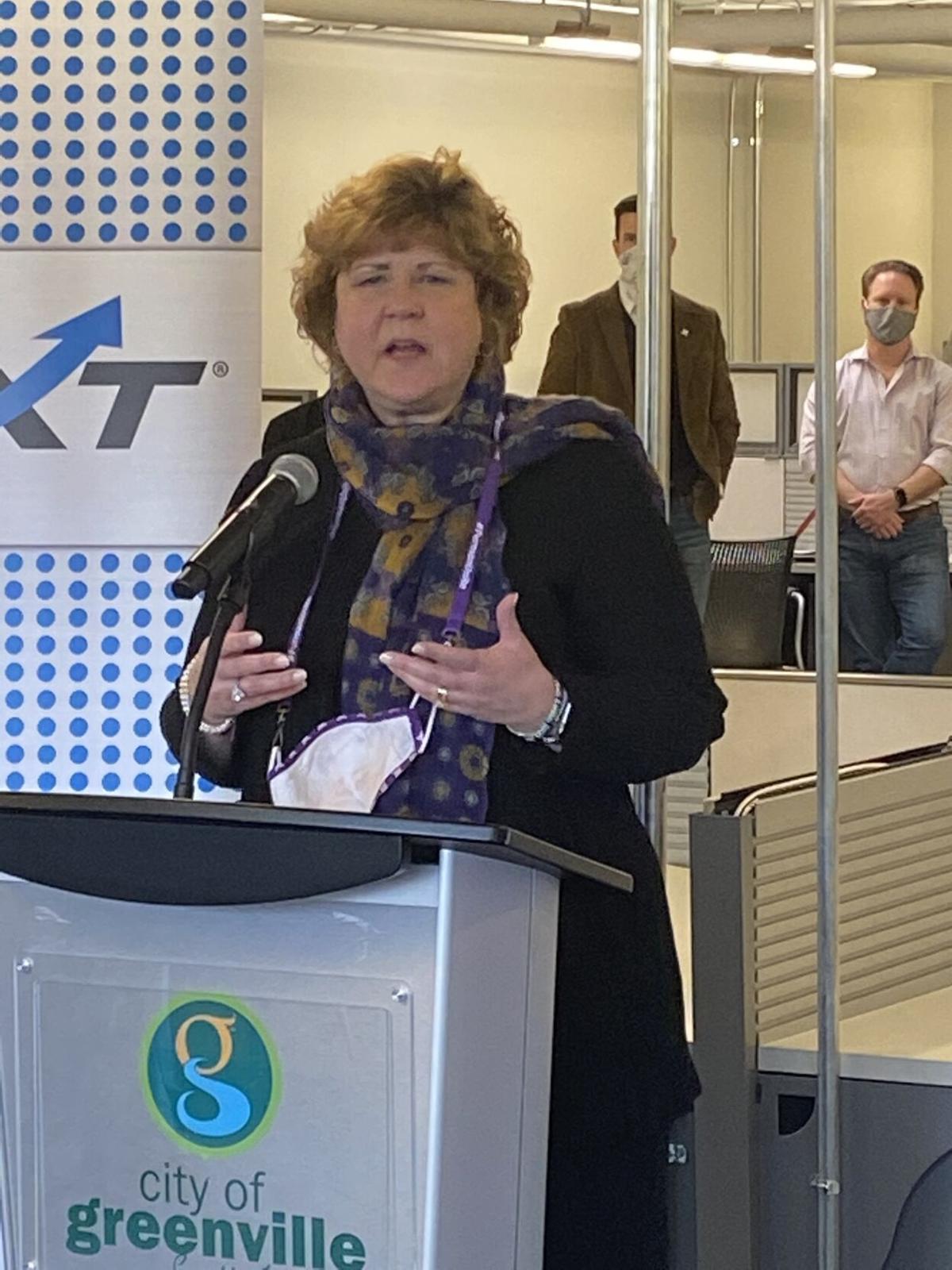 Furman University President Elizabeth Davis announces the university's Office of Innovation and Entrepreneurship will co-locate at NEXT on Main as part of a concerted effort to foster startups in Greenville on Thursday, Dec. 15, 2020. File/Nathaniel Cary/Staff 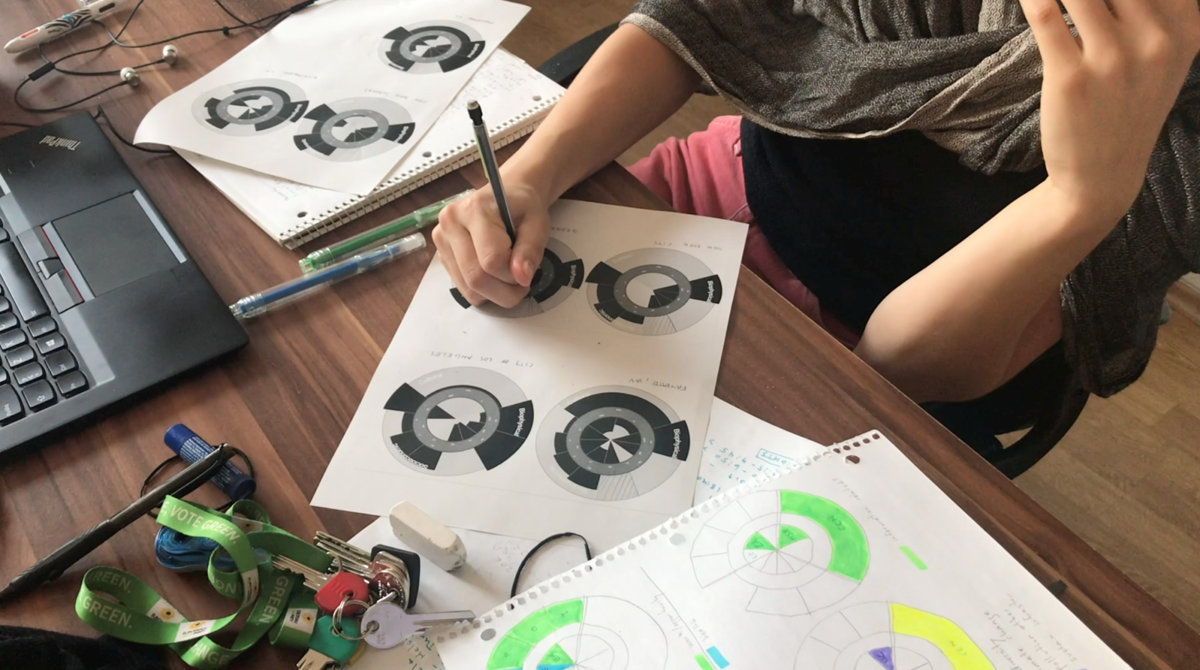 GREENVILLE — It's not all about books at Furman University.

Calling it the "Furman Advantage," the Greenville liberal arts school has a goal of lining up every one of its 2,700 students with an off-campus internship or study "away" opportunity, or a chance to do undergraduate research on campus side-by-side with faculty members.

Currently, eight out of 10 Furman students have engaged in such a hands-on, out-of-the-classroom learning experiences, up from about six in 10 five years ago.

Much of that has happened thanks to a serious infusion of cash from the multi-billion dollar Duke Endowment.

Greenville invests in NEXT, partners with Furman to raise profile as a hub for innovation

On March 22, Furman University announced that the Charlotte-based philanthropic organization had agreed to fund the school's Furman Advantage program for an additional five years. The cost: $25 million, bringing the Duke Endowment's total financial commitment to the program since 2016 to $52.5 million.

The school recognizes that while studying abroad, working in a chemistry lab or going to New York for a banking internship are the kinds of critical steps in personal and professional development that a young person needs to get the most out of an undergraduate education, paying for it is another matter.

The annual price for Furman is already steep, said Furman President Elizabeth Davis, with tuition and fees totaling $66,000, so the school is aware that expectations are high that students there will get something different.

The goal is for every student to know exactly where they are going after graduation, said Davis, the school's president since 2014. Surveys had shown in years past that this was a weak point for Furman, though alumni reported loving their undergraduate experience. To that end, Furman took a systemic approach to preparing students for life after school.

"The beauty of the Furman Advantage, a thing that really makes it work, is that we work across divisions," Davis said. "We've taken down the walls, so to speak, because students don't know the difference, you know. They're just at Furman."

Faculty advisers, professors, alumni, professional mentors, student-life coordinators and parents work together tracking kids and answering their questions from day one at Furman, she said.

"College has gotten so complex," Davis said. "There are so many opportunities, helping students narrow down the right ones, you know, is a service that we can do."

The Duke Endowment money — for which Furman had to submit a competitive application — covers travel expenses and stipends for hundreds of Furman students every year. Students have to apply for the money, said Beth Pontari, Furman's associate provost for engaged learning, but pretty much every worthwhile application gets funded.

Students can keep coming back for more, too, she said, and they do. Faculty grants and other endowments also support Furman Advantage programs.

"Every school is going to have internships and research and leadership," Davis said. "That's not the interesting part of this. It's the every student piece. It's the intentionality."

More than six in 10 students at Furman have had not just one but multiple Furman Advantage experiences, said Pontari, whose own position was also funded by Duke Endowment money. Research fellows can get $3,500 grants, and interns can get stipends ranging from $2,500 to $4,000.

"You know, that's a big chunk of money when you're looking at anywhere from 200 to 250 research fellows to 150 to 250 interns every summer," Pontari said.

Senior Charlie Lott, who has a double major in economics and sustainability science, assisted the Institute for Political Ecology in Zagreb, Croatia, with statistical research for three months during the summer after his sophomore year. One professor heard from another professor that they needed a student to tag along for research, and Lott's name came up. The institute in Zagreb paid for Lott's airplane ticket, and Duke Endowment money covered his $3,100 in living expenses.

During the summer after his junior year, Lott applied for another grant, this one to work with the More Gardens! fund in New York. Again, it was an unpaid internship, but he was able to afford it with the help of another $3,100 grant. He lived in a tent for two months, assisting as a farmhand establishing a new organic farm, but also documenting it as a videographer.

The Duke money has a multiplier effect, Lott said.

"It's a service to me, and then also to the organizations themselves, because they get access to work from Furman students that they don't have to pay for," Lott said.

Lott has a paid internship lined up for life after Furman: he will do marketing and promotional videography for ESRI, a geographic information systems software company based in Los Angeles. The Furman Advantage, which actively lines up mentors, helped there, too. A fellow student's father works at ESRI and agreed to interview job candidates at the campus job fair. Lott also interviewed with Nike and Milliken & Company.

"My pitch was, 'You could hire someone who comes from a film school and knows how to use a camera and edit videos like the back of their hand,' " Lott said. "'Or you could hire me and I have those same hard skills, but I also come from a sustainability and economics background. I can make make the movie, but I can also contribute to and understand the underlying values and the reasons that the organization is having that movie made in the first place."

Having multiple hands-on experiences is valuable for students who try something and discover they don't like it, Pontari said. Undergraduate research sometimes takes a second summer to complete, she said, and a second internship can also be a leg up for students who need to get experience with a local firm before landing a second, more prestigious internship.

"When we're able to fund both of those, then you have students who were extremely attractive when they get out there on the job market," she said. "You can imagine when we have limited funds, you know, sometimes you had to prioritize the students who hadn't received funding yet, right? But now we're able to fund those second and even third experiences."

Furman has enjoyed a relationship with the Duke Endowment for decades as one of four colleges and universities in the Carolinas that have received annual allotments since J.B. Duke, one of the founders of Duke Energy, established the endowment in 1924. The other schools are Duke University, Davidson College and Johnson C. Smith University in Charlotte. In its most recent federal tax filings in 2018, the endowment reported giving $9.7 million to Furman, $6.5 million of which went to Furman Advantage that year.

"Developing the relationships with the leaders of the Duke Endowment affects how they see Furman and what they're willing to support," Davis said.