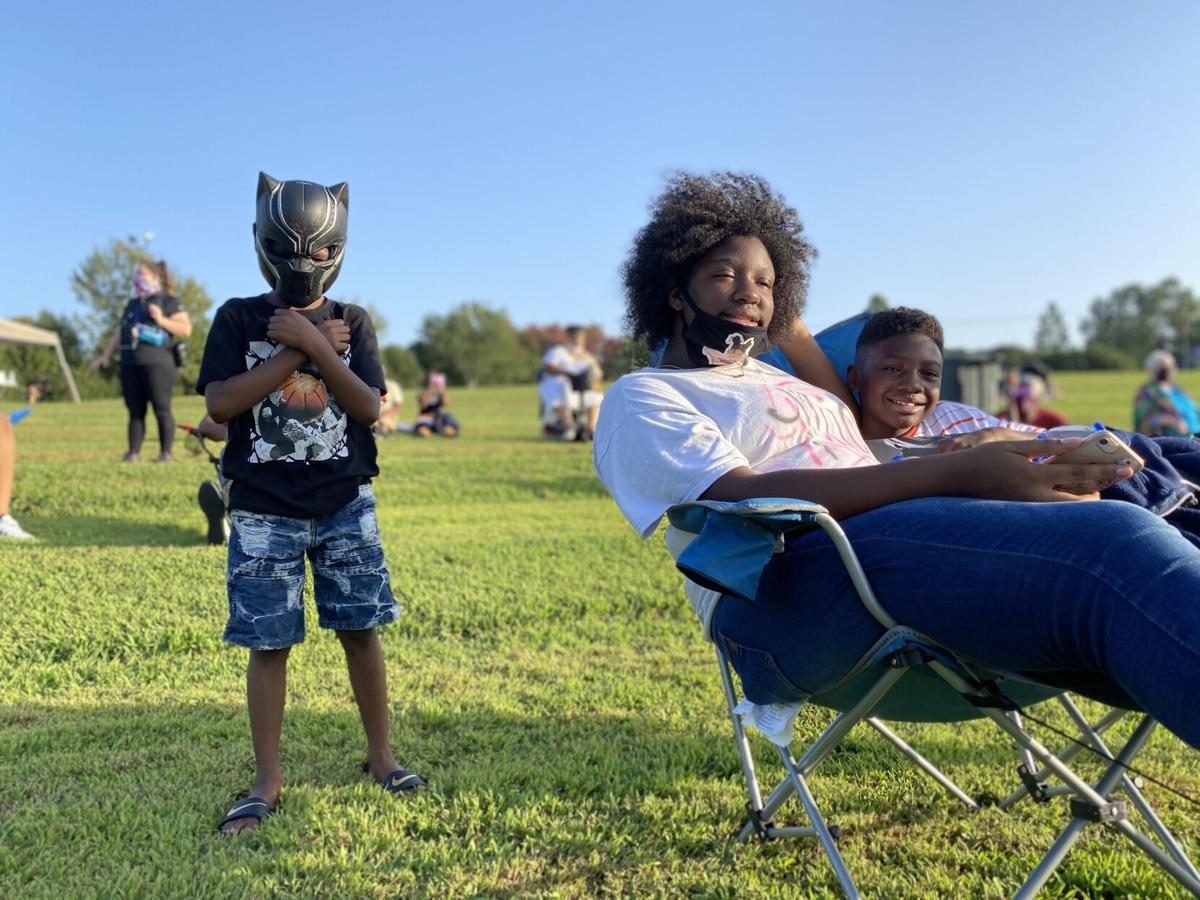 Seven-year-old Keyon Griffin (left) poses in a Black Panther mask ahead of a screening of the movie in Anderson. 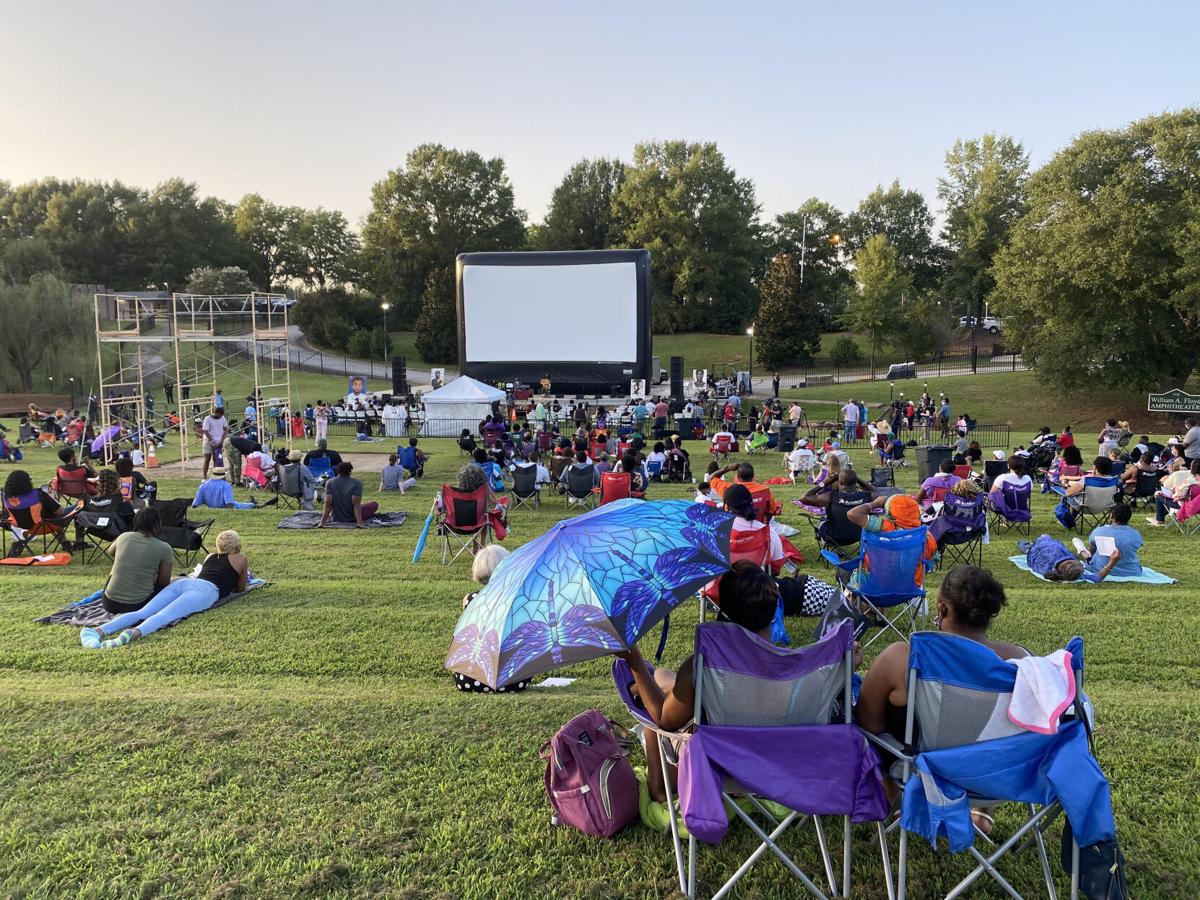 Hundreds gather at the Anderson Sports and Entertainment Center for a free screening of Black Panther in honor of Chadwick Boseman.

Seven-year-old Keyon Griffin (left) poses in a Black Panther mask ahead of a screening of the movie in Anderson.

Hundreds gather at the Anderson Sports and Entertainment Center for a free screening of Black Panther in honor of Chadwick Boseman.

ANDERSON — As a crowd filtered onto the field Thursday evening at the Anderson Sports and Entertainment Center, the 2018 commencement speech Chadwick Boseman delivered at Howard University played over the speakers.

Those gathered to honor the Anderson native days after his death from colon cancer listened perched on lawn chairs or sprawled out on blankets as he described how he lost a role on a soap opera early in his career for pushing back against racial stereotypes in the script.

He was committed to portraying the black community fairly on screen, he said.

The crowd in Anderson on Thursday honored his memory with a screening of Black Panther, a movie that grappled with issues of racial injustice through the lens of large scale comic book movie and became a symbol of Black empowerment.

Brittnie Manning, who came from Simpsonville to watch the screening with her husband and father, said Boseman's portrayal of Black excellence and hope was refreshing. For her, his death felt like a personal loss.

"He represented Black people in a positive light," she said. "Like he said, so many Black movies are depressing or about dying and he was about showing Black people are so much more than that."

Ladonda Evans, an Anderson native, said she isn't a Marvel fan, but she loves Black Panther and she brought her three grandchildren to the event to celebrate Boseman's life and mourn his death.

"We love Black Panther and we just loved him," she said. "He had a good spirit."

Ahead of the movie, Anderson Mayor Terence Roberts addressed the crowd and announced the city planned to start a public art endowment in Boseman's honor. He said Boseman was more than an actor. He was an icon and an inspiration for the city.

"We have lost our friend, our son, from Anderson," Roberts said.