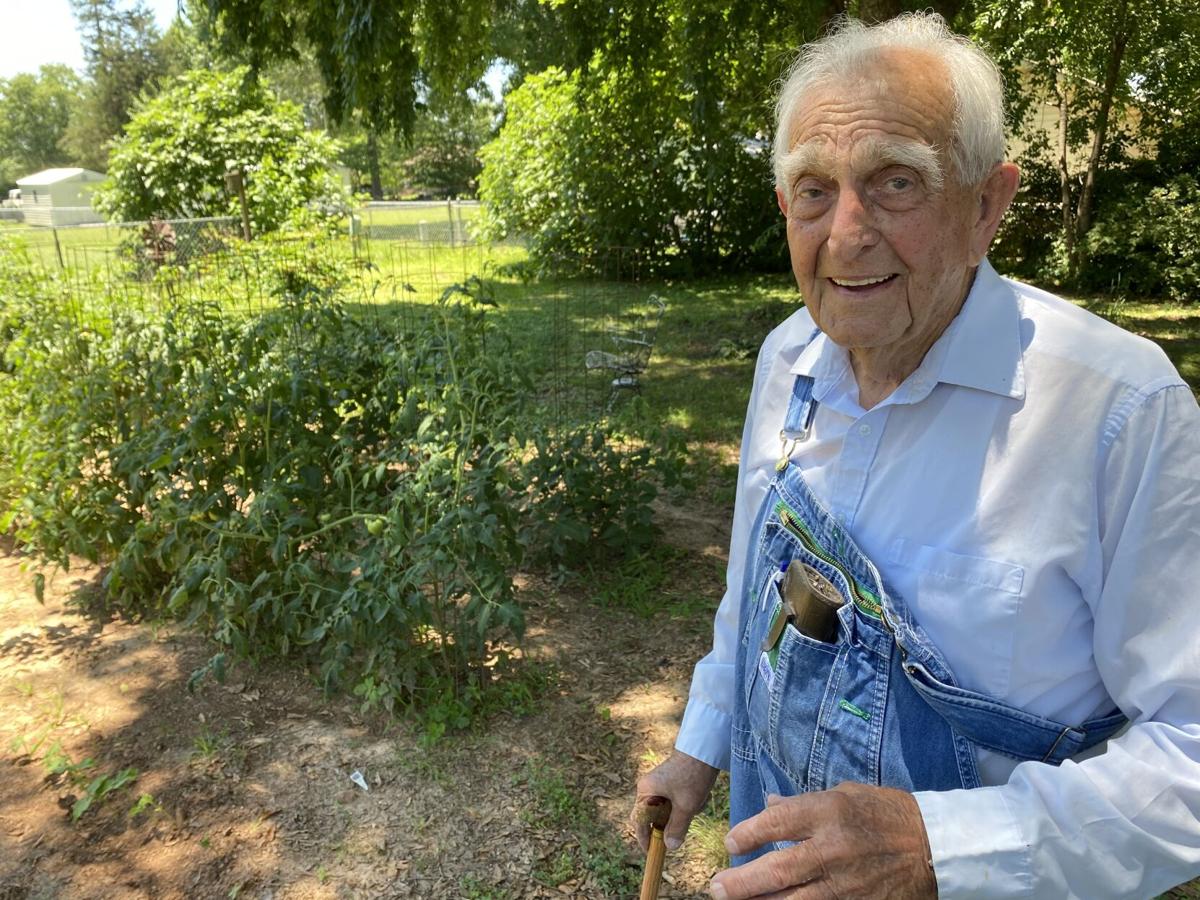 LS Green stands in the garden he keeps behind his home in Mauldin on June 17, 2021. Conor Hughes/staff 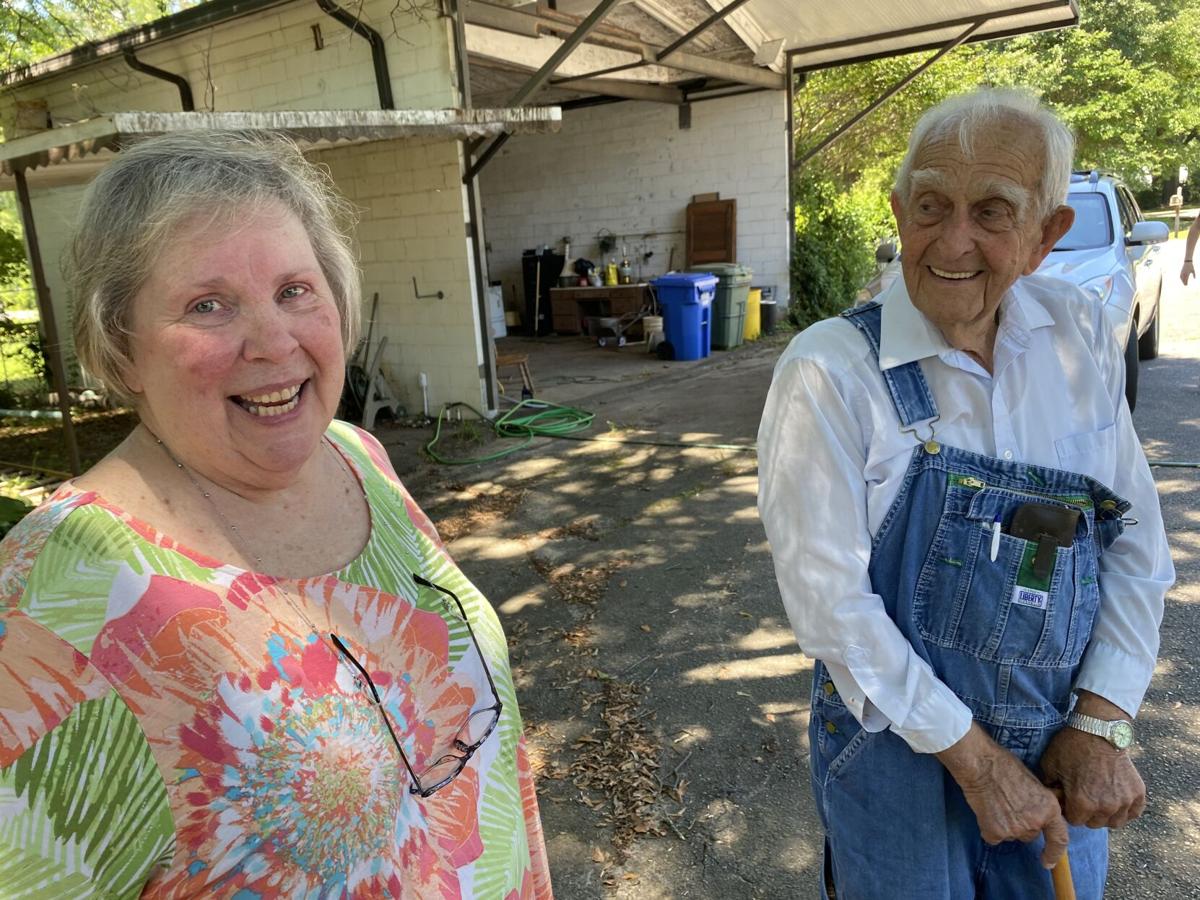 LS Green, right, talks with his daughter Betty Mitchell outside of his Mauldin home on June 17, 2021. Conor Hughes/staff

MAULDIN — All these years later, people still call him mayor.

It's a title LS Green will never shake. One that comes from the 12 years he led Mauldin's City Council. One that has endured because of the singular place he holds in the identity of the Upstate city he's called home since returning from World War II.

At 101 years old, he remains a fixture at community events and can be found exercising at the Mauldin Sports Center every day but Sunday. Often, when he goes out to eat in the city he served as mayor from 1992 to 2003, he asks for the bill only to discover one of his fellow diners paid for his meal.

"I've had more people buy my food," he said with a laugh, shaking his head.

He grew up on a Greenville County farm house with no modern plumbing or electricity. He started working when he was 8 years old, stoking the home's cooking flames and tending to his family's cows and horses. When he was drafted at 21, he got a month-long deferment to help his father bring in that year's cotton crop before heading to basic training in Columbia. It was the first time he'd been away from home for more than a few days. Within weeks, he was aboard the Queen Mary sailing across the Atlantic toward Europe and war.

Mauldin's roadside market owner an institution in the Upstate: 'I don't give up'

He was assigned to an anti-aircraft artillery brigade and fought in some of the most significant campaigns of the war, including the Battle of the Bulge, Normandy, Italy and North Africa. During his time in Europe, he earned five Bronze Stars and the French Legion of Honor.

He speaks sparingly of his time in the military, and it wasn't until recently that his family knew the extent of his decorations. The revelation came when Keith Giddens, a family friend and WWII researcher, sat down to talk to Green about his time in the army. Giddens learned about Green's honors while looking over his discharge papers.

"When we try to talk more about the details, he basically says, 'I think that's enough,'" Giddens said.

To honor Green's service, Giddens placed the medals in a shadowbox as a gift for Green's 100th birthday last year.

"We have a hero here who is over a century old," Giddens said.

Soon after returning from Europe, Green met his wife Ella Mae. He worked briefly as a firefighter at Donaldson Air Force Base before starting a career in plumbing. In 1955, he started the LS Green Plumbing Service. During its 50 years in existence, Green expanded the company from a two-man operation to a booming business with about 65 employees.

His role as the owner of a successful Mauldin company made him a leader in the community and in 1992 he was elected mayor.

"I couldn't tell you to save me what made me get into politics," he said smiling. "I guess I wanted to be part of Mauldin's growth."

During his time in the position, Green spearheaded the city's efforts to buy the former Mauldin Elementary School, laying the groundwork for the Mauldin Cultural Center, and shepherded the process of building a new City Hall. Both efforts, he said, were met with fierce opposition.

Mauldin City Councilman Taft Matney was a young child when he first met Green. They attended the same church and still do, and Green took ballroom dancing classes with Matney's grandparents. The work Green did during his tenure as mayor, Matney said, helped position the city for the successes it enjoys today.

Green's time as mayor ended in 2003. In 2005, he retired and disbanded his plumbing company. But he continued to work part-time as a plumber until he was 92.

"When I got where I couldn't crawl under a house, I quit," he said.

Now, eight decades after he went to war, almost seven since he started his business, and close to two since he stepped down as mayor, Green is active and enjoying time with his children, grandchildren and great grandchildren. He often works in the neatly kept garden in his backyard where he grows tomatoes, squash, okra, peppers and green beans for his friends and family.

"I don't know that I have the energy now that he has at 101," Matney said. "He's just an unassuming guy who has done so much and seen so much. I don't know that he will ever understand why people love to make a fuss over him, but they do because of who he is."