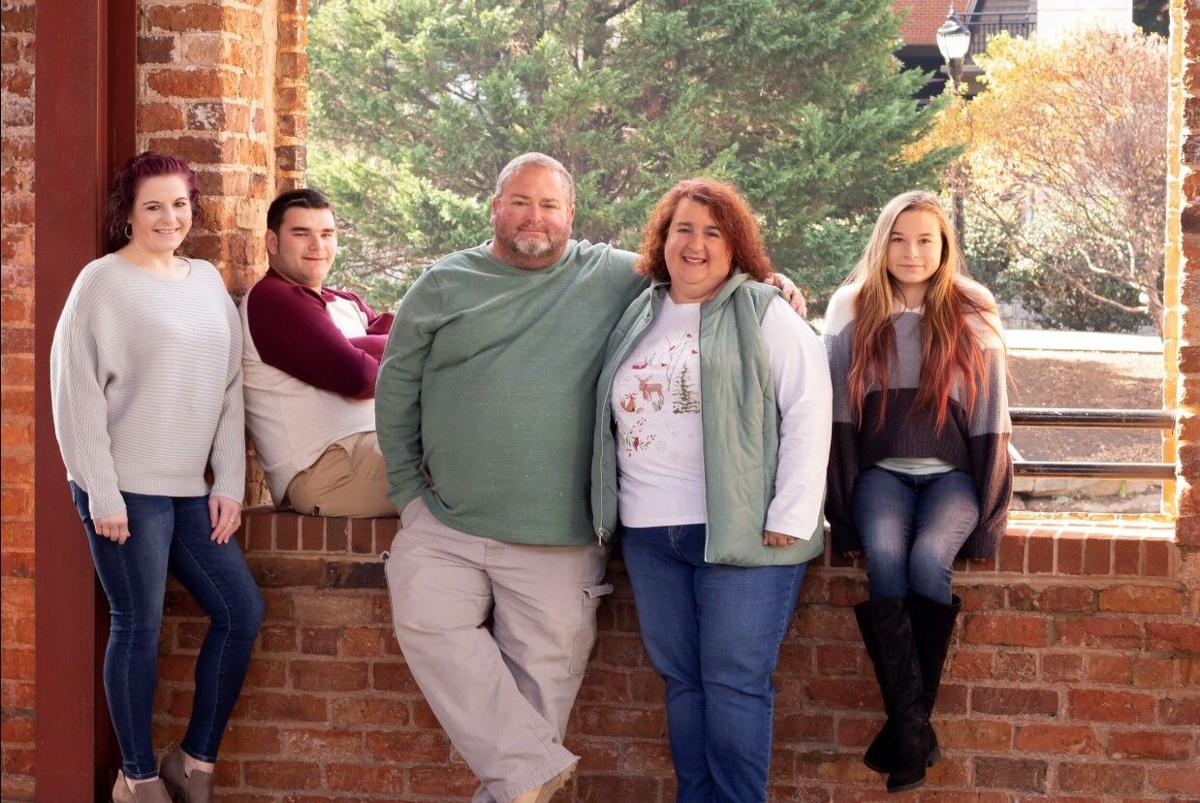 Robert Case Jenkins, 52, of Greer died Nov. 27, 2021, and left behind a legacy of laughter and community giving. Provided

FOUNTAIN INN — To thousands of people, Case Jenkins was just the funny guy who posted corny jokes on their hometown Facebook group.

Many didn’t know him outside of the multiple times each week when a pun would appear on the Fountain Inn Residents page that Jenkins selected as the audience for his curated list of funnies.

“I tried calling the tinnitus help line this morning,” he posted recently. “No one answered. Just kept ringing …”

There were lots more, some more crass than others. Some he made up on the spot. Others he just passed along as he came across them.

Sometimes he’d text a friend before he posted.

“Watch the comments on this one,” he’d say. Or, “I’m about to get kicked out of the group.”

“A lot of it was cringeworthy,” said Bill Kennedy, an Upstate real estate agent and a close friend of Jenkins for years.

But Jenkins built a sort of audience for himself. There was no profit in it other than a couple dozen laughing emojis for a well-told joke.

In fact, Jenkins didn’t even live in Fountain Inn. He was a Greer boy, born and raised. He owned CJ Mulch and More and was in the process of building a small commercial development on Pelham Road. He just liked the vibe of the Fountain Inn Residents group and he’d gotten to know a number of residents after he volunteered to help the private Fountain Inn Christian School with a few projects.

He’d already been kicked out of another area hometown Facebook group that didn’t appreciate his sense of humor.

But what happens when the funny man is gone? Does the world miss him and his jokes? Does it just move along with a little less levity?

In this case at least, the answer is no.

Fountain Inn honors its veterans with banners along Main Street

Jenkins, 52, died following a heart attack Nov. 27, leaving behind a wife, Lou Ann, three children, a successful business and a legacy of laughter.

Soon after, Kennedy posted the news on the Fountain Inn Residents page.

The response was overwhelming. Hundreds of messages, most from people who never knew him but had laughed or cringed at his jokes at one time or another.

“He brought so much joy to (Facebook),” one person wrote under Kennedy’s announcement.

“Didn’t know him other than this page, but his humor made my day on a daily basis,” another said soon after.

Someone else told of a time she was with a family member going through a difficult time. She pulled up Jenkins’ posts and just started reading them. They were in stitches within minutes.

Now he was gone. And the laughter would cease, too.

Then a funny thing happened.

Like an apparition of amusement, the sense of community and joy Jenkins had brought to the town returned.

Someone posted a joke and labeled it #ripcase. Someone else told one labeled #caselaughs or #remembercase. Nearly every day in the weeks after he passed, someone tried to make someone else smile by posting a joke in tribute to Jenkins.

Just like Jenkins’ jokes, some were better than others.

“People kept saying, ‘I didn’t know him in person, but I liked his jokes,’ ” Kennedy said. “But that was his person right there."

If you peel back a bit more of the onion, it turns out Jenkins meant way more to the community than just being the funny guy on Facebook. To those who knew him, Jenkins was legendary as a practical joker but also someone who always looked to give of himself to help others.

He’d inherited his sense of humor from his dad, Robert Patrick Jenkins. He was somewhat introverted, so having an audience on a faceless Facebook group fit his comfort level, said Lou Ann Jenkins.

“Making people laugh was something he just got joy from,” she said.

She called it a coping mechanism for him throughout their lives. When under stress, playing a joke on someone was his way of releasing the pressure. When his daughter was in the hospital with a failing kidney, he kept playing with her bed — raise, lower, feet up, head down — as she rolled her eyes and asked him to stop.

He put effort into his jokes, too.

When his friend, a local fire chief, was on a diet, he swung by Dunkin Donuts and grabbed several boxes, filled them with fruit and hand-delivered them to the firehouse. He spent the night before Halloween this year at a costume store searching for a clown mask to scare a friend he knew had coulrophobia, a fear of clowns.

But he put just as much effort into helping those around him, friends said.

Jenkins used Jason Harris at Elite Heat and Air for his own HVAC needs. Two years in a row, he asked Harris if he knew of anyone who needed heat before Christmas and couldn’t pay for it. Harris reached out and found a number of people in need. Jenkins paid him to fix their furnaces, including a new install for a grandmother raising her grandchildren, Harris said.

Jenkins just said to send him the bill, Harris said.

Jenkins decided he wanted to use his company’s landscaping equipment to help the Boiling Springs Fire District clear roads after storms. He volunteered, never in an official way, and could often be found moving downed trees and chipping branches to reopen roads, said Boiling Springs Fire Chief Steve Graham.

Jenkins was always giving of himself in some way, Lou Ann said. Often she didn’t even know what he’d done. And, often, those who received something from him never knew where it came from, she said.

She called their home an “island of misfit toys.” He’d hire people who needed a hand up and often had an unconventional way of operating — a creative, off-the-cuff sort of person, she said.

Graham said he told them once before Christmas he wanted them all to go to a Walmart parking lot and hand out his money to shoppers. Graham warned him it could be a dangerous idea. So he invited the firefighters to breakfast instead, paid for their meal and then handed the chief two envelopes. One was for $1,500 for smoke detectors for people in need. The other was $1,500 for the Christmas Shoes nonprofit the fire district partnered with to provide shoes to school children in need.

“I don’t think anybody on the eastside of Greenville will ever know if you weren’t involved in public safety, all that he did,” Graham said. “He was about his fellow man.”

The fire district had a plaque made to surprise Jenkins at its annual Christmas party this year, Graham said. He was going to be named an honorary tillerman on the district’s new fire engine, a term for the second driver on a two-engine truck.

Jenkins died before the event. They presented the plaque in his honor, Graham said. Jenkins had always worn the BSFD T-shirt with pride, he said.

His most significant connection to Fountain Inn also came through volunteering. He worked on his own to the grounds at Fountain Inn Christian School and then convinced Kennedy and the Keller Williams Upstate-Greenville team to choose the school for its annual Red Day volunteer day.

He helped at the school’s baseball field and sponsored tuition for students for several years, Lou Ann said. Jenkins liked the school, liked the sense of community, and liked that they liked his jokes, Kennedy said.

So for the last few years, Jenkins found more ways to connect, and inspired Kennedy and others to do more as well.

“I think that if people keep laughing, it’ll be awesome,” he said.

The funny guy is gone. The community he fostered remains.