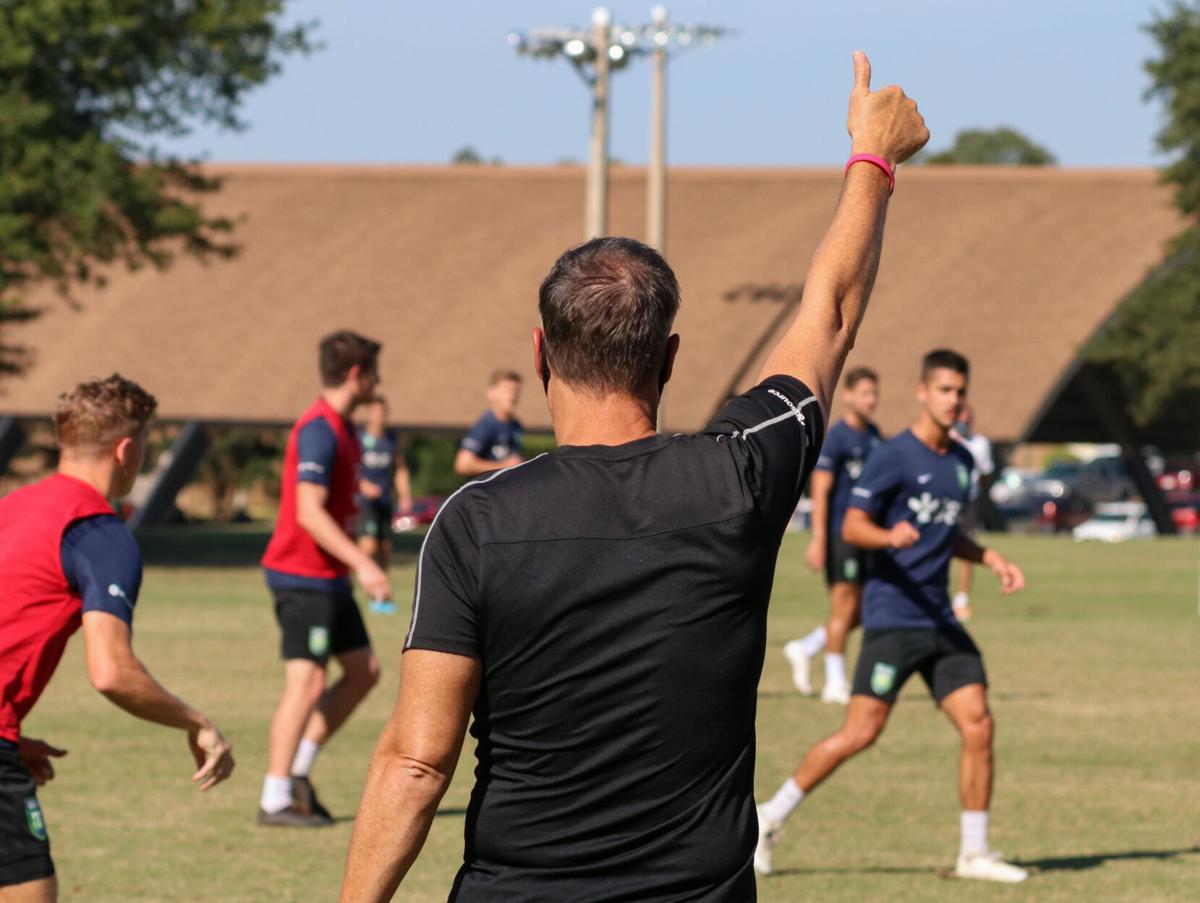 Greenville Triumph coach John Harkes, here signaling to the team during practice at Bob Jones University on Thursday, Oct. 8, 2020, has the USL League One club back in the championship game. 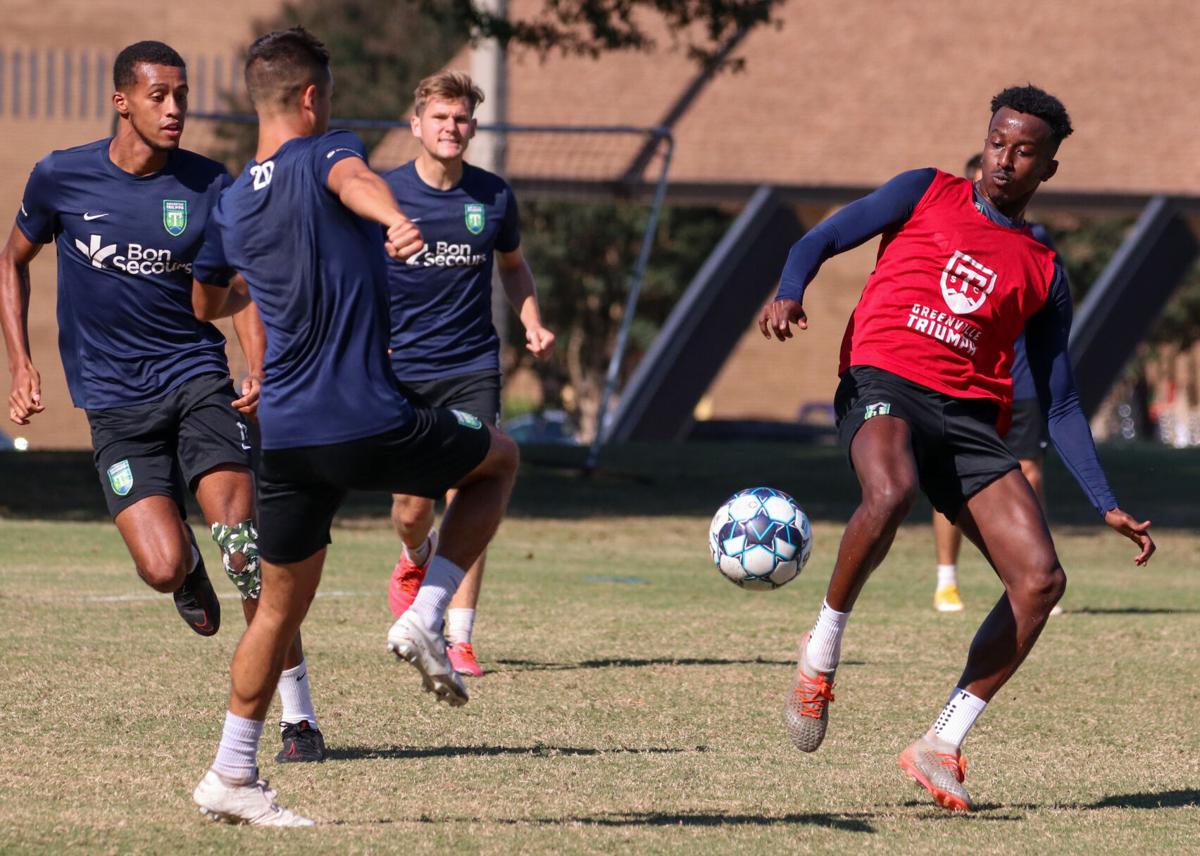 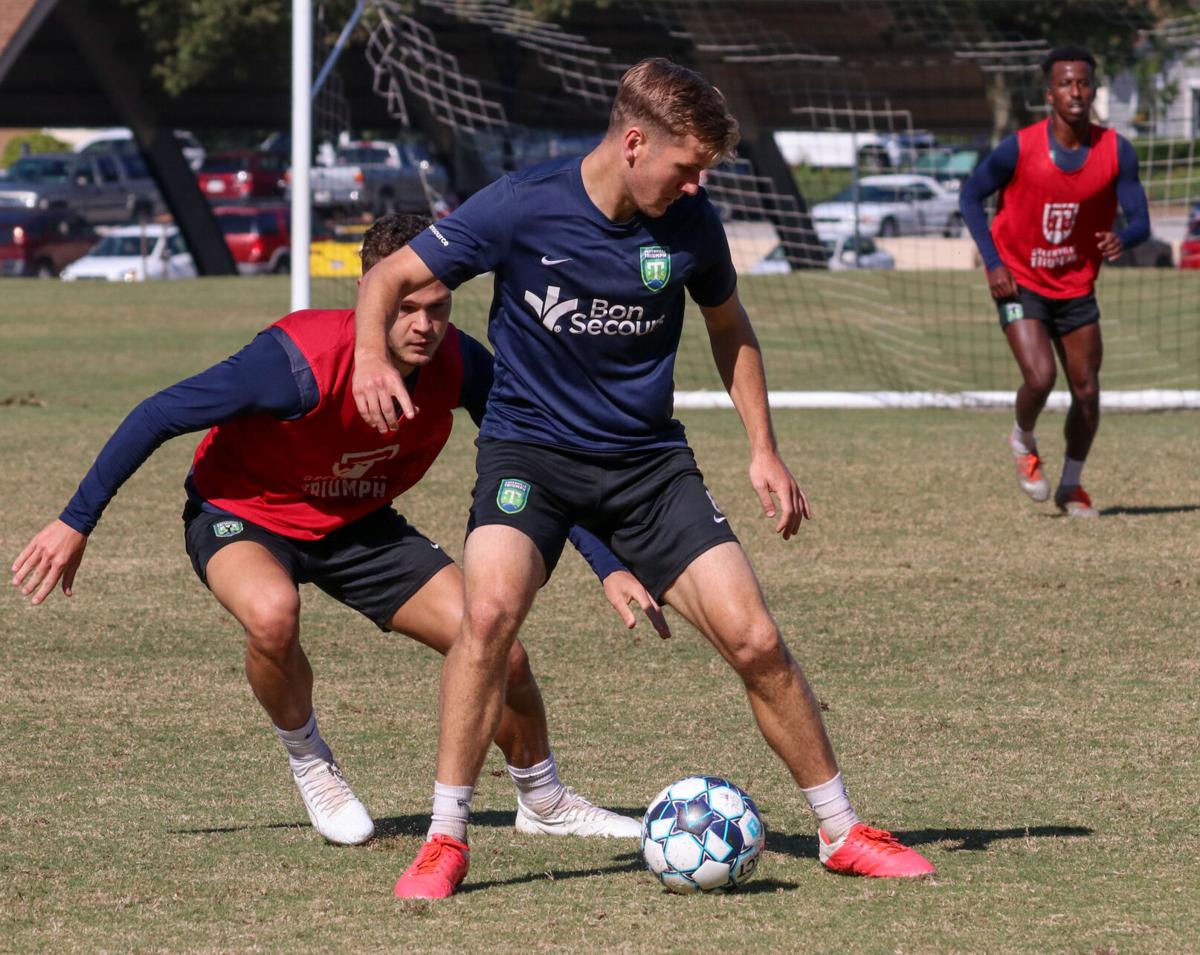 Asked about making the USL League One final, Greenville Triumph midfielder Aaron Walker said, "there's no pressure, it's just ... competing and continuing to have complete performances." 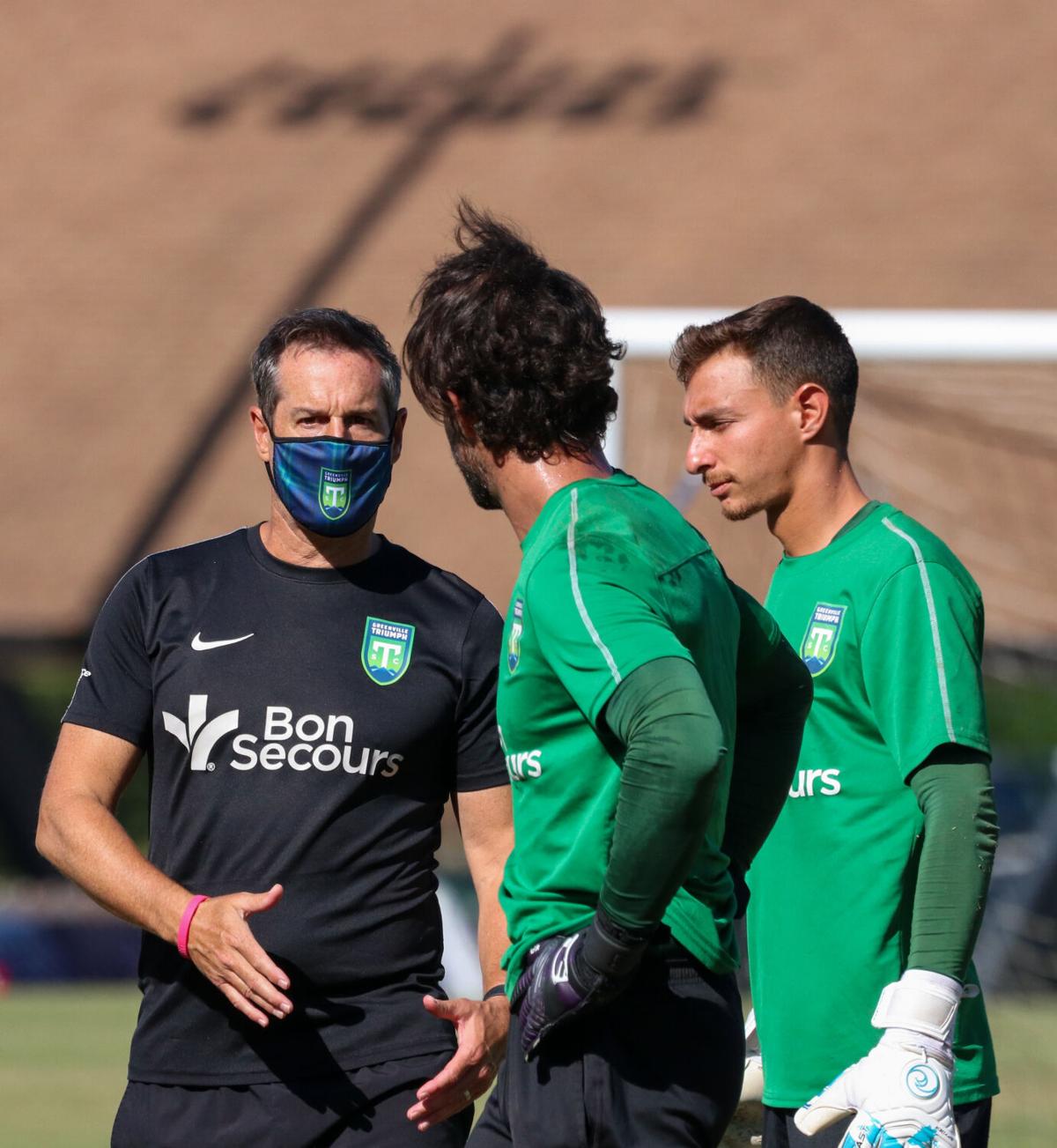 Greenville Triumph coach John Harkes, here signaling to the team during practice at Bob Jones University on Thursday, Oct. 8, 2020, has the USL League One club back in the championship game.

Tired of working from home?

The Triumph, which have yet to lose this season at Legacy Early College Field, could add another date to the home calendar as soon as Saturday night.

With the USL League One season truncated to 16 games and the postseason shortened to a single match, first-place Greenville locked up a spot in the championship last week. Now, it sits just two favorable outcomes away from finishing the regular season atop the standings and hosting the final.

"There's certainly an approach from our perspective of 'can we fight for a home final?' That would be fantastic," said Triumph head coach John Harkes. "It would be great for our club and our community, as well."

The Triumph made the league final in 2019, their inaugural season, coming up a goal short against North Texas. Greenville finished that regular season in third and traveled to Lansing, Mich., and Frisco, Texas, during those playoffs, so a home postseason match would be a first.

Midfielder and captain Aaron Walker said the team isn't caught up in simply making the final.

"We didn't really talk much about reaching the final when it happened because we had that goal set, and we want to host, and then obviously win it," Walker said. "So just part of it is done and we haven't really acknowledged it too much."

For those unfamiliar with soccer standings, a win is worth three points and a draw — a tie, in non-soccer sporting parlance — earns one point. Losses get you nothing, as it should be.

Greenville, with three games remaining including Saturday's match in Tucson, Ariz., has an eight-point lead on Richmond, which has four games to play. That lead guarantees a top-two finish for the Triumph, and thus a berth in the final, but work remains to bring the title game to town.

It boils down to this: If Greenville wins Saturday and Richmond loses, it's a done deal. If Greenville wins and Richmond draws, it is practically over, based on the Triumph's enormous tiebreaking advantage in goal differential. If both teams win Saturday, any combination in the remaining games of Greenville doing anything other than losing or Richmond doing anything other than winning ends the suspense. A Greenville loss Saturday and a Richmond win opens the door for mild drama. However, the Triumph have a home game remaining against Union Omaha, then close the season against last-place Orlando City U-23.

There exists a rabbit hole of tedious scenarios involving multiple losses and draws but the casual observer can reliably stick to 'win and they're in.'

Nothing is certain but it's an enviable position.

"We have to continue doing the right things in training, and full speed ahead," Harkes said. "You change course, and you try to overanalyze and overthink things, it takes away the mentality and the tempo and everything about what we're doing in training."

Assuming success, the championship game would be held at Legacy Early College Field on Oct. 30 at 8 p.m. The opponent is still to be determined. Richmond and Omaha, in second and third currently, are the most likely. According to the team, the game will be on ESPN+, ESPN Deportes, SiriusXM FC, and locally broadcast on WYCW-62.