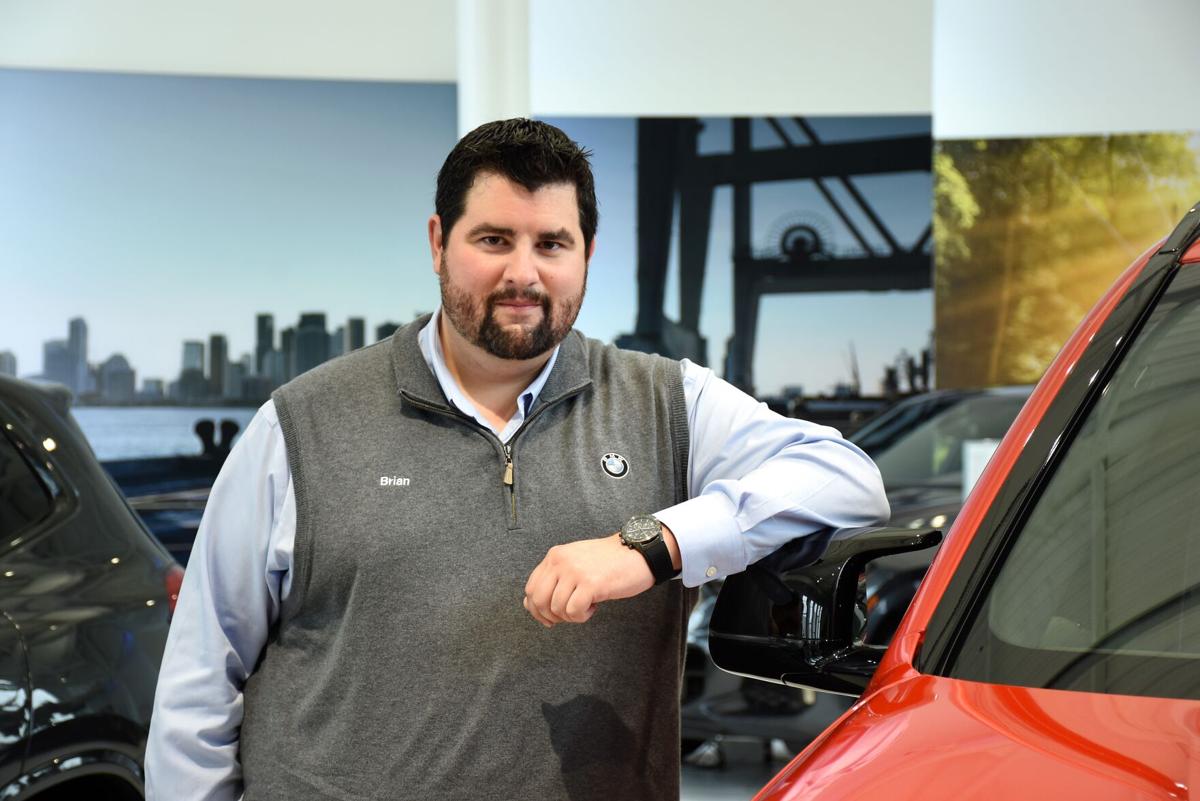 Quality engineer Brian Wright poses for this portrait at BMW Manufacturing on Nov. 13, 2020. He has been working for the company since 2013 after studying German and mechanical engineering at Clemson and doing a half-year internship at the German automaker's headquarters in Munich. BMW Manufacturing/Provided 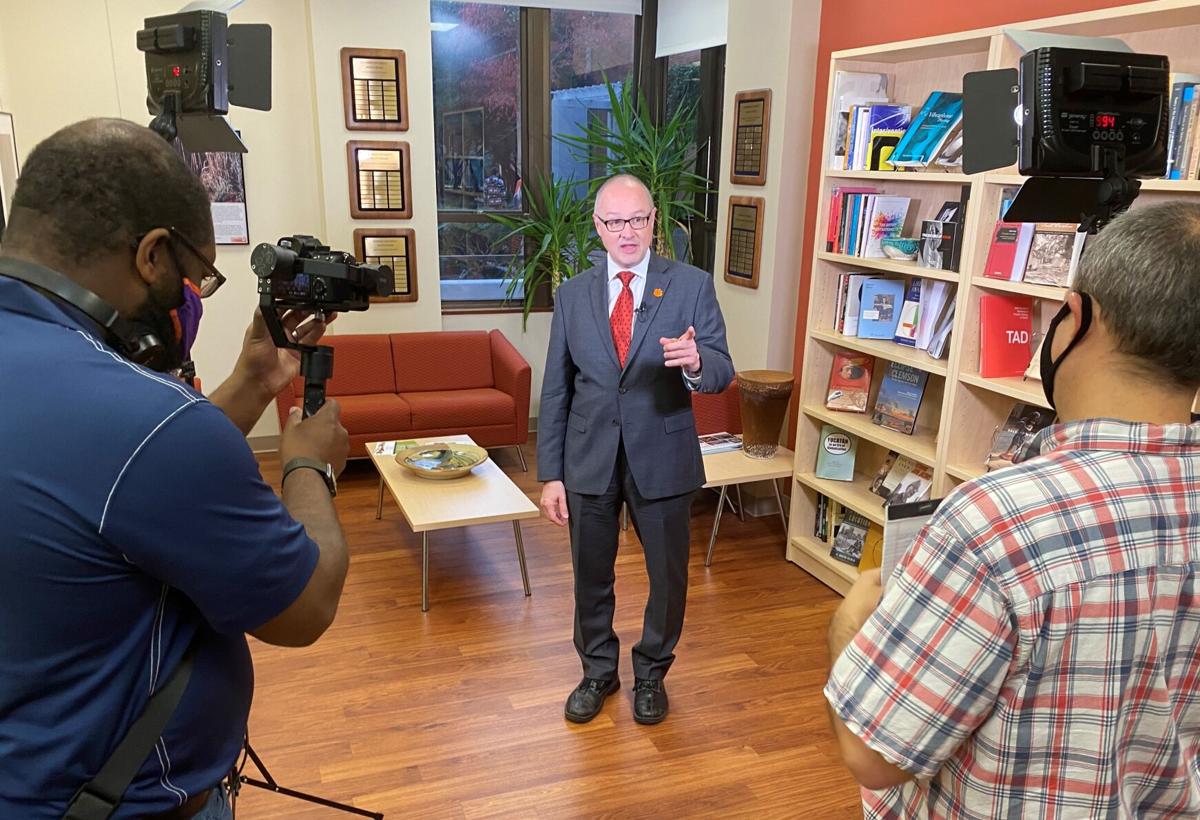 Clemson University's new dean of the College of Architecture, Arts and Humanities, Nicholas Vazsonyi, talks on Nov. 11, 2020, about his faculty's cooperation with the College of Engineering, Computing and Applied Sciences on creating a pilot program that will merge a foreign language and engineering curriculum. Interviewing him are two members of the university's media team, Parren Sanders on the left, and Paul Alongi on the right. Anna Mitchell/Staff 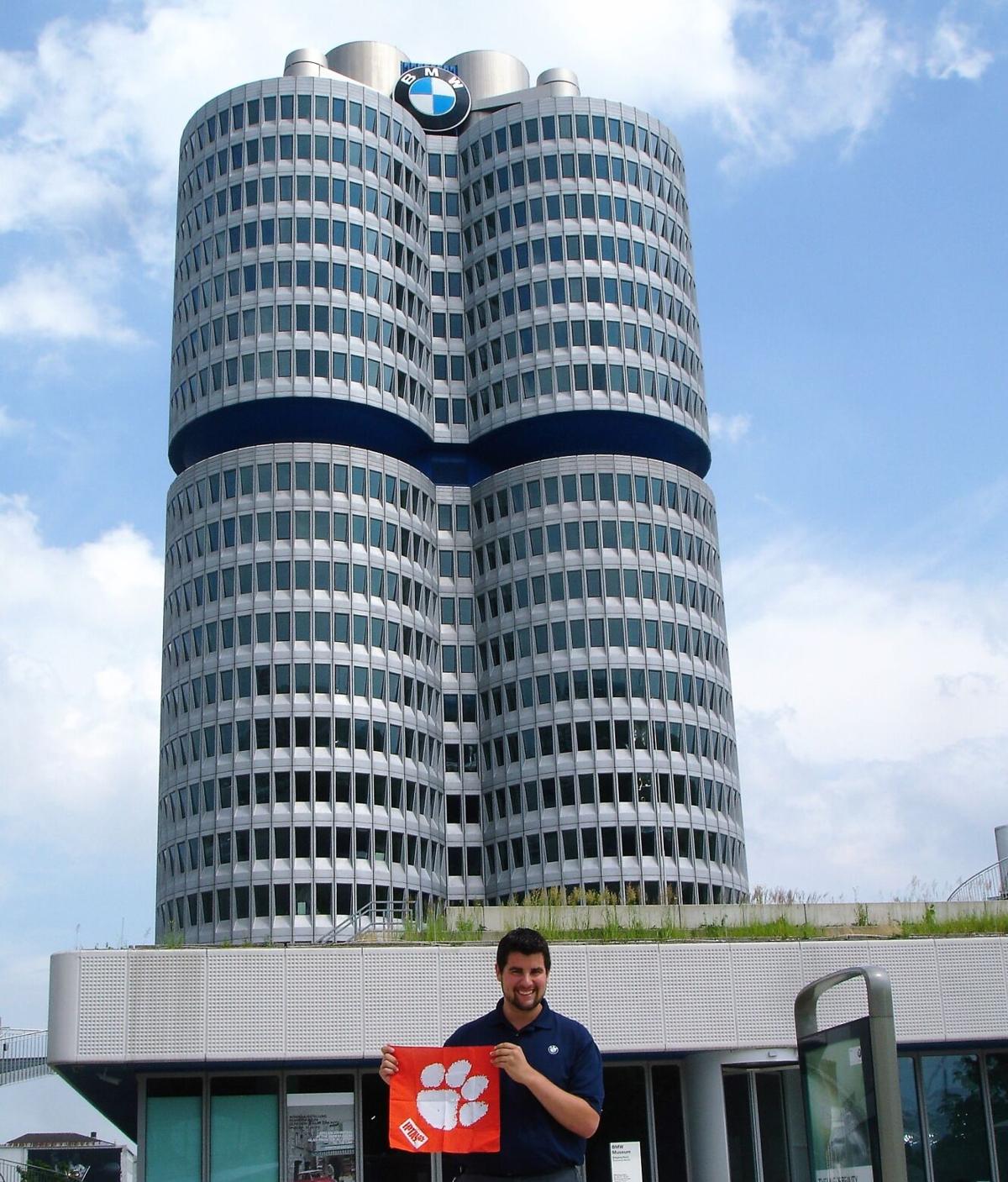 Brian Wright, a 2013 graduate of Clemson University, spent a co-op semester at BMW's headquarters in Munich while studying mechanical engineering and German. He secured a job in quality engineering at BMW in Spartanburg soon after graduating and says he uses German throughout his day. Clemson News Services/Provided 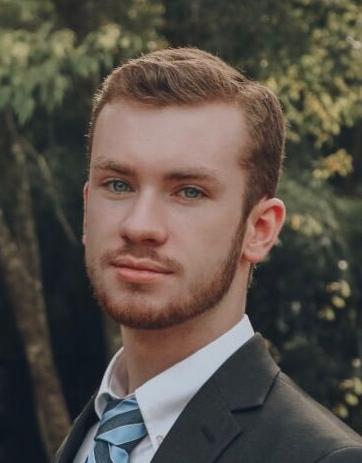 CLEMSON — James Bradham attended the same elementary school in Charleston as his grandfather.

German, he says, is his ticket.

Bradham has spent three years learning about the language, culture and business environment that captured his heart during a four-week mini-mester trip to Germany after his freshman year at Clemson. Up until then, he was learning Spanish. But after returning home from German cradles of auto manufacturing in Esslingen and Landshut, he registered for German classes. He's since secured internships at Mercedes and, this spring, at BMW.

"To have the opportunity to stay close to home and in South Carolina but also to get the international experience that I crave is just awesome," Bradham said. "It's amazing."

With an eye on many anecdotes like that, Clemson next semester is launching a pilot program, "Engineering + Language," that will allow students to graduate with the language and technical skills they need to thrive in an international manufacturing setting. Those designing the program know of nothing like it anywhere in the U.S.

Many engineers around the world already have a leg up in this arena — able to speak at least two languages fluently if not more. Starting with German this year, the Clemson program aims to level students up on the linguistic side with upper-level technical German classes while also helping them thrive with an engineering degree.

Students signing up for the program will also study abroad for at least one semester and do an internship with an international company.

"If they had had this when I came back from Germany my sophomore year, I would have been all over it," Bradham said.

South Carolina relies disproportionately on multinational enterprises, according to a Nov. 13 report from the U.S. Bureau of Economic Analysis, with nearly 9 percent of its private-sector jobs coming from foreign-owned companies. South Carolina leads the nation in this statistic.

Clemson's Language + Engineering program is starting with German, said Nicholas Vazsonyi, the dean of Clemson's Architecture, Arts and Humanities College, because of the existing connections between the university and BMW, as well as the outsized investment by German companies in South Carolina. They account for 30 percent of foreign direct investment here, according to the S.C. Department of Commerce, more than any other country.

"It seems like an obvious fit," said Vazsonyi, a Wagner opera specialist.

The university's German department has a BMW-endowed professor, and the German automaker was one of the first companies to join Clemson with a research facility on the ICAR campus in Greenville. Other huge players in the Upstate from Germany include ZF, Draexlmaier and Bosch.

Part of this money, German Professor Johannes Schmidt said, is paying for a virtual component of the new technical German class, allowing it to be team-taught live with professors Zooming in from Germany. Students taking this class, most of them sophomores, will already have four levels of German grammar under their belts. Schmidt, himself a Goethe specialist who teaches 18th century German literature at Clemson, said he knows the course, which is limited to 15 to 20 students, will be full.

"A third of all our German students are engineering majors," he said.

The virtual component of the technical German class, Anderson said, set Clemson apart when it applied for the federal startup grant. Virtual learning does a few things: it makes the program's partnerships abroad more sustainable financially and logistically; it also opens access to students who cannot afford to study abroad; finally, virtual options are top-of-mind given the travel restrictions and economic mess brought about by COVID-19.

"After COVID, no one could travel," Anderson said. "Those who put all their eggs into study abroad found they couldn't increase global engagement."

Equally as enthusiastic in the development of this program is Mexico-born Rodrigo Martinez-Duarte, an associate professor of mechanical engineering at Clemson. The program is designed to expand within a couple years to Spanish, French and/or Mandarin. Michelin has a huge Upstate presence, and many companies have manufacturing sites in Latin America. China is a rapidly expanding center of engineering, and Japan remains so.

"The industries we have around us, they have operations around the world," he said.

Martinez-Duarte has been at Clemson since 2013 and has actively worked on expanding the international mindset of his students. Technical universities around the world follow more or less the same mechanical engineering content, Martinez-Duarte said.

"Our graduates need to compete globally," Martinez-Duarte said. "Soft skills, knowing an extra language, that gives them an edge."

Being able to talk through the technical aspects of an engineering project in a partner's native language is good, Martinez-Duarte said, but communication is a more broad endeavor. Engaging with people whose culture is entirely different expands partnerships, empathy and patience. It also makes communication with counterparts on-site and at headquarters more efficient.

"We use idioms and pop-culture references that people on the inside know," said Anderson, who started his career as a Chinese professor. "You become more sensitive in conversation, using clear, more formal, even academic English."

Sometimes, Martinez-Duarte added, it's the little things — like the number of kisses one offers when saying hello. Mexicans greet each other with one or two kisses on the cheek. The French throw in a third. Americans sometimes feel left out.

"My wife is French," Martinez-Duarte said. "I am used to only one kiss. But then depending on which way you turn your head, it can be very awkward."

Yes, he said, he's come close to an accidental kiss on the lips.

Americans, Anderson said, have developed a particularly bad reputation — along with the British — for not knowing the cultural contexts of the countries or companies we enter.

"We also don't seem to think it matters," Anderson said. "I'm not joking. When you are Rome in the first century A.D. or when you're China or the U.S. in the 21st century, everyone will bow to you, speak your language and ask for your business. You are not trained to think that other people's cultural context matters."

Those contexts do matter, he said, if Clemson graduates are going to compete.

Brian Wright was a student at Clemson when his advanced courses in German and mechanical engineering opened up an internship at BMW in Munich. His major was mechanical engineering, but Wright took a crash course in translation while working with a group of German engineers and English-speaking Mini Cooper engineers from Oxford, England.

"We had a great engineer who didn't speak great English," Wright said. "When they had problems building the prototype, they would call me. I would analyze the problem with the launch team from Oxford. I would know the problems in English, would prepare the documentation and present it to the development team in German."

That, he said, was the perfect introduction to the inner workings of BMW and the native language of the people making them.

The education he designed for himself at Clemson, he said, looks a lot like the Language + Engineering program coming together now in a more official way.

Launching the program has been a heavy lift involving multiple colleges and their leadership teams, as well as the university's study abroad program, faculty members and dozens of ready and willing students. Similar programs exist at the University of Rhode Island and University of Alabama, Martinez-Duarte said, but he cannot find any university engineering program in the United States that offers its technical writing class in a foreign language.

He also is not aware of any other university offering math in a foreign language. The plan right now at Clemson is to offer a sophomore-level calculus class in fall 2021 auf Deutsch — in German.

"It will be one of a kind in the nation," Martinez-Duarte said.