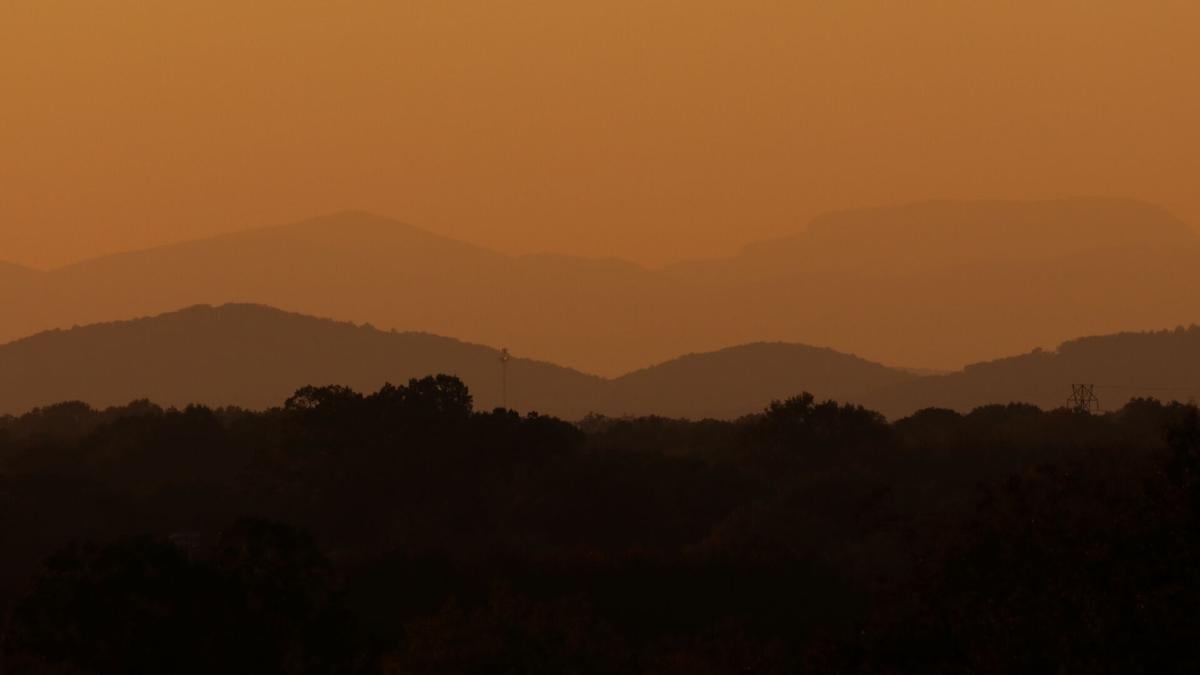 The mountains as seen northwest of downtown Greenville include significant undeveloped land that conservationists hope to preserve. 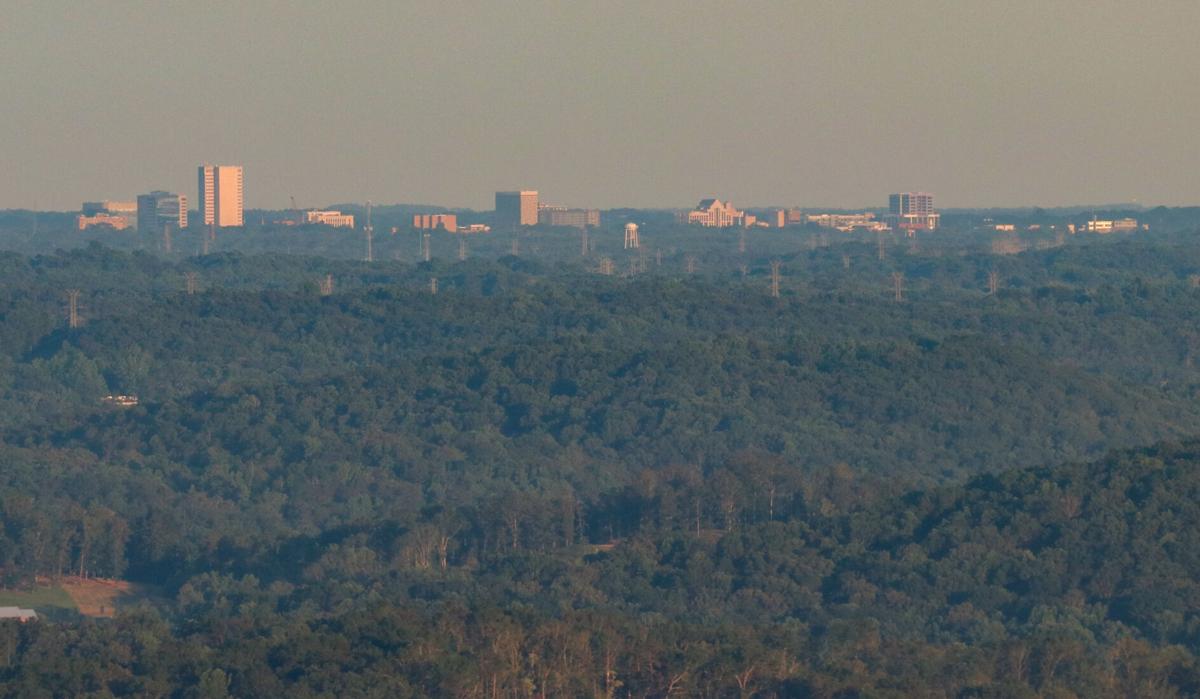 Conservationists in Greenville County say they’re in a race.

Against time. Against development stressors. Against an onslaught of visitors to a finite number of trails and parks.

To keep important and special parts of Greenville green and to be able to attract tourists and new businesses alike, a coalition of business leaders and conservationists have formed to urge Greenville County Council to start its own dedicated fund to help pay for conservation projects countywide.

Now the council has a plan under consideration to establish its own form of conservation bank. It would operate much like the South Carolina Conservation Bank to provide funding needed to either purchase outright, or to protect through conservation easements, thousands of acres of the county’s most valuable green space.

“Many of the conservation projects across the state need local public funding,” said Greenville’s Doug Harper, chairman of Harper Construction and past board chair of the state conservation bank. “As the Upstate is facing rapid and increasing development pressure, this fund would be used to do those things that would benefit conservation and outdoor recreation.”

Greenville has never had a dedicated local fund for conservation projects. The county has provided funding at times — including for the purchase of land for the Swamp Rabbit Trail, Cedar Falls Park and Poinsett Bridge — but creating and funding its own conservation bank would allow conservation groups to more regularly help landowners protect more of the county’s green space from ever being developed.

Greenville official on early voting: 'You won't have these kind of lines on Election Day'

The proposal was introduced last week at County Council on the first of three readings. It would create the Greenville County Historic and Natural Resources Trust run by a council-appointed board and funded by the county. The trust would act as a mechanism to leverage local dollars as a match for grants and the board would create a set of criteria to evaluate which local projects are most significant or critical and rank each project for funding, similar to the way the state conservation bank operates.

No specific projects have been identified yet, though a number of conservationists and council members each mentioned further expansion of the Swamp Rabbit Trail throughout the county as a possible recipient of funds from the trust.

Funds could also likely be leveraged to expand state and local parks, she said.

“As we’ve all seen with COVID, our parks are being overrun,” she said. “It’s like every day is the Fourth of July weekend.”

And with more than 200,000 people expected to move to Greenville County in the next 20 years, “we’re going to need more places for these people to be able to recreate,” she said.

The county, cities within the county, county agencies, nonprofit land trusts or federal, state and local agencies focused on natural resource protection could all apply for funds for projects.

Greenville County would become of the few counties in the state to have a county-run conservation bank. Beaufort, Charleston and Richland counties each have land trusts as does Oconee, which in 2012 became the only county in the Upstate to start its own conservation bank.

Brad Wyche, founder of Upstate Forever and a board member of Naturaland Trust, said he has tried for 20 years to get Greenville County to start its own conservation trust. With explosive growth and a new comprehensive plan which the County Council backed unanimously that calls for protection of significant green space, he said the timing was right to establish the trust.

8,000 are behind on utility bills. Greenville County gave United Way $1.2 million to help.

The plan has the backing of key business leaders already, including ScanSource and McMillan Pazden Smith Architecture. A letter that will be presented to County Council is circulating among business circles now to add support to the plan.

“We’ve had promising conversations in Greenville for many years and it’s finally starting to happen,” Wyche said. “Part of the reason is the rapid rate of growth and development. People are becoming increasingly concerned about losing special places.”

“I think this is a wonderful ordinance that we’ve been working on for a long time,” said Councilman Joe Dill, who represents the northern area of the county. “We’re a long time coming with this.”

The council is expected to discuss the ordinance at its committee of the whole meeting Nov. 3.

Conservationists aren’t asking the county to fund the trust immediately, especially as the county evaluates its finances amid the coronavirus pandemic. They would instead make a request for funding the trust in the spring 2021 budget cycle, Wyche said.

Like all local conservation projects, participation by landowners would be voluntary. Much of the time, organizations like Upstate Forever, The Nature Conservancy or Naturaland Trust work with landowners to protect significant properties. Some sell the property to create or add on to the park system. Others want to keep their farm or acreage from being developed further and choose to put the land into a conservation easement, which prohibits the land from being developed in perpetuity.

If the county funds its trust regularly, it would provide an additional source of money to make those deals with landowners who receive tax benefits for placing their land in an easement, said Scott Park, Upstate Forever’s director of land conservation.

It would also help the county get more funding from outside sources, Cooper said.

“We’re potentially missing out on funding because we don’t have a local conservation bank,” Cooper said.

When the state conservation bank or other agencies rank projects for funding, one set of criteria is if there is a local match available. If there is, the project is more likely to receive funding, Cooper said.

“That would be a huge win for Greenville County,” she said.