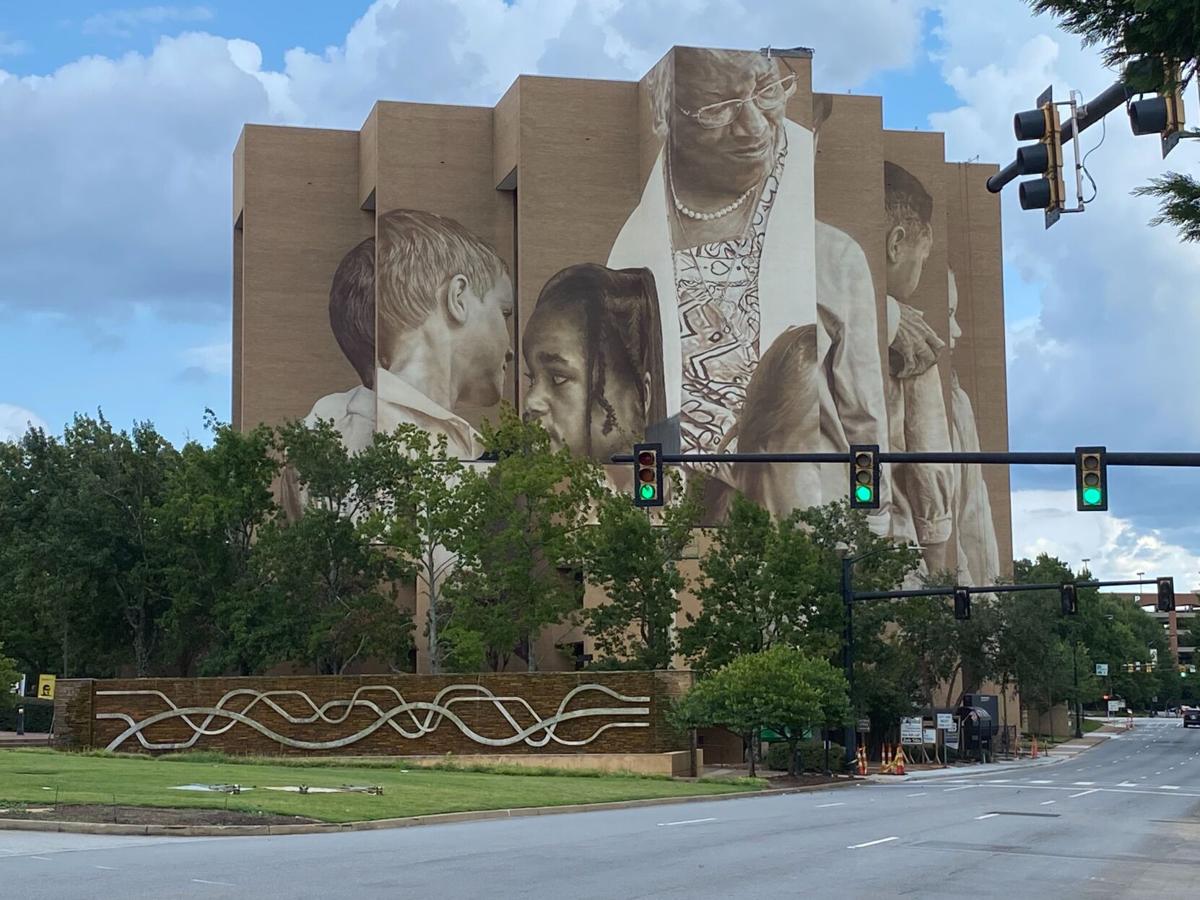 A photo-realistic mural depicts Pearlie Harris, a Greenville educator who was the first Black teacher in a segregated school before schools were integrated in 1970. Eric Connor/Staff 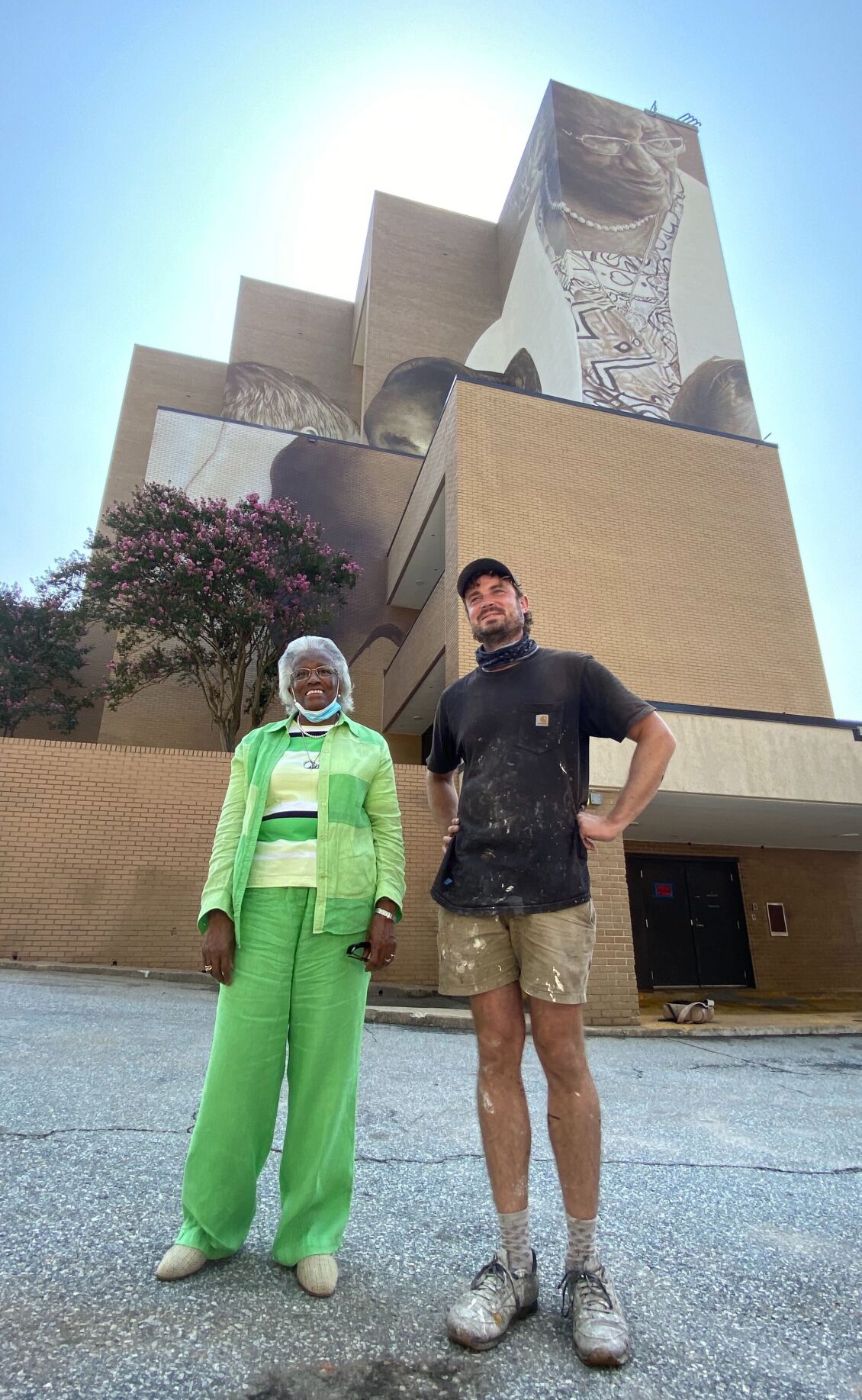 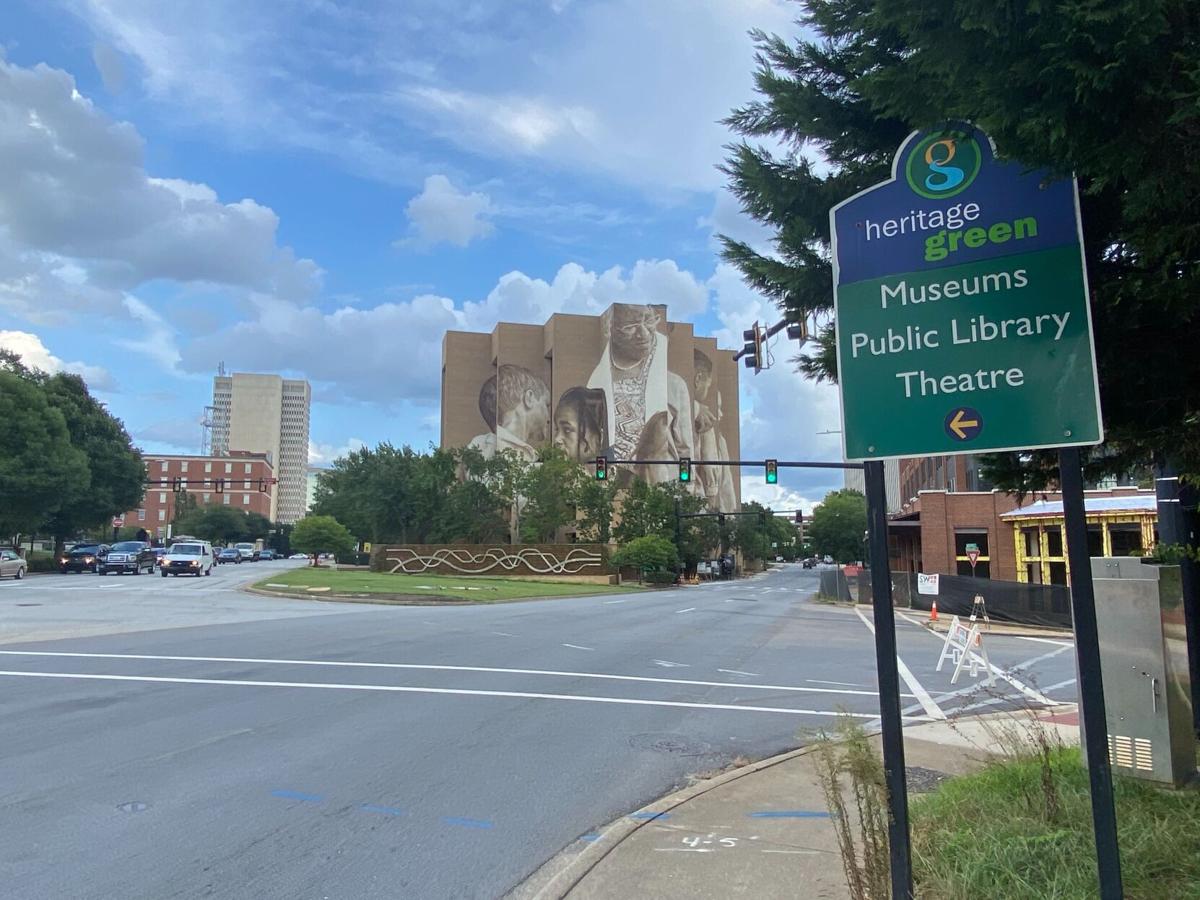 A photo-realistic mural depicts Pearlie Harris, a Greenville educator who was the first Black teacher in a segregated school before schools were integrated in 1970. Eric Connor/Staff

GREENVILLE — The former BB&T office tower has never been mistaken as a crown jewel of the city's modern architecture. But eight stories of windowless, washed out brick has been transformed into a striking work of art marking the western gateway into downtown.

The photo-realistic mural — painted by a world-renowned artist on a lone mechanical lift over the course of several weeks — was expected to be wrapped up over the weekend.

The subject is Pearlie Harris.

In the years leading up to school desegregation in Greenville County in 1970, Harris served as the only Black teacher at Crestone Elementary — a school that, aside from one Black student, was segregated.

There, Harris faced relentless discrimination, only to emerge later as one of Greenville's great educators and chair of the board of Bon Secours St. Francis Hospital, which named its breast health center after her.

The mural, which depicts Harris looking upon a group of young students, is the work of Australian muralist Guido van Helten, known across the world for similar works that cover otherwise unimpressive structures.

Harris handed out homemade caramels Wednesday as van Helten and civic and business leaders spoke about her story and how it uniquely speaks to the power of racial unity in Greenville.

“This is an inspiration to me," Harris said. "I hope it will be an inspiration to our community, for the people who live here. And I hope they would take something away from this every day as they pass by, and it will say something about our town, our people, what we are and what we plan to be in the future."

In introducing the mural, van Helten said he wants any interpretation of it to be in the eye of the beholder.

“I want people to derive their own meaning from this work,” he said.

The project was commissioned by The Beach Co., a Charleston-based developer that is renovating what will be called Canvas Tower, along with a companion mixed-use residential and retail project across Buncombe Street the company is calling Canvas.

The tower casts a shadow over the Heritage Green cultural complex that includes the Children's Museum of the Upstate, Greenville County Museum of Art and the Greenville Theatre, themselves individual pieces of 1970s-era architecture.

That correlation is what fueled the city's interest in a mural project, Mayor Knox White said.

In March 2018, The Beach Co. submitted its plan to enlist an international artist in the company's renovation of the tower.

At the time, the intention was to turn the office space into apartments, but the developer opted to keep it an office project. The apartment concept could be implemented at some point in the future, The Beach Co. Chief Operating Officer Dan Doyle told The Post and Courier.

In February, van Helten visited Greenville to get a sense of the community to determine what his mural would portray.

At the same time, Greenville was honoring the 50th year since school desegregation in February 1970.

During his visit, van Helten said he read a profile in The Greenville News of Harris' experience as a Black teacher, which inspired him to meet her and other champions of racial equality, like State Rep. Leola Robinson-Simpson and the Rev. Patrick Tuttle, who until recently led St. Anthony of Padua Catholic Church downtown.

The children depicted in the mural, both Black and White, are reflections of current students at nearby A.J. Whittenberg Elementary School.

The mural project was to be completed over the weekend, by necessity.

Work awaits van Helten in his home country, the monumental task of crafting a mural to cover a public dam for the government of Western Australia.

Because of the coronavirus outbreak, van Helten said he must secure hard-to-come-by flights and spend time in isolation once he returns.

“That’s kind of put a bit of tightness on the schedule because now, with everything going on, I’ve got to quarantine in Australia," he said. "That means I really need to stick to my schedule and get on that plane.”