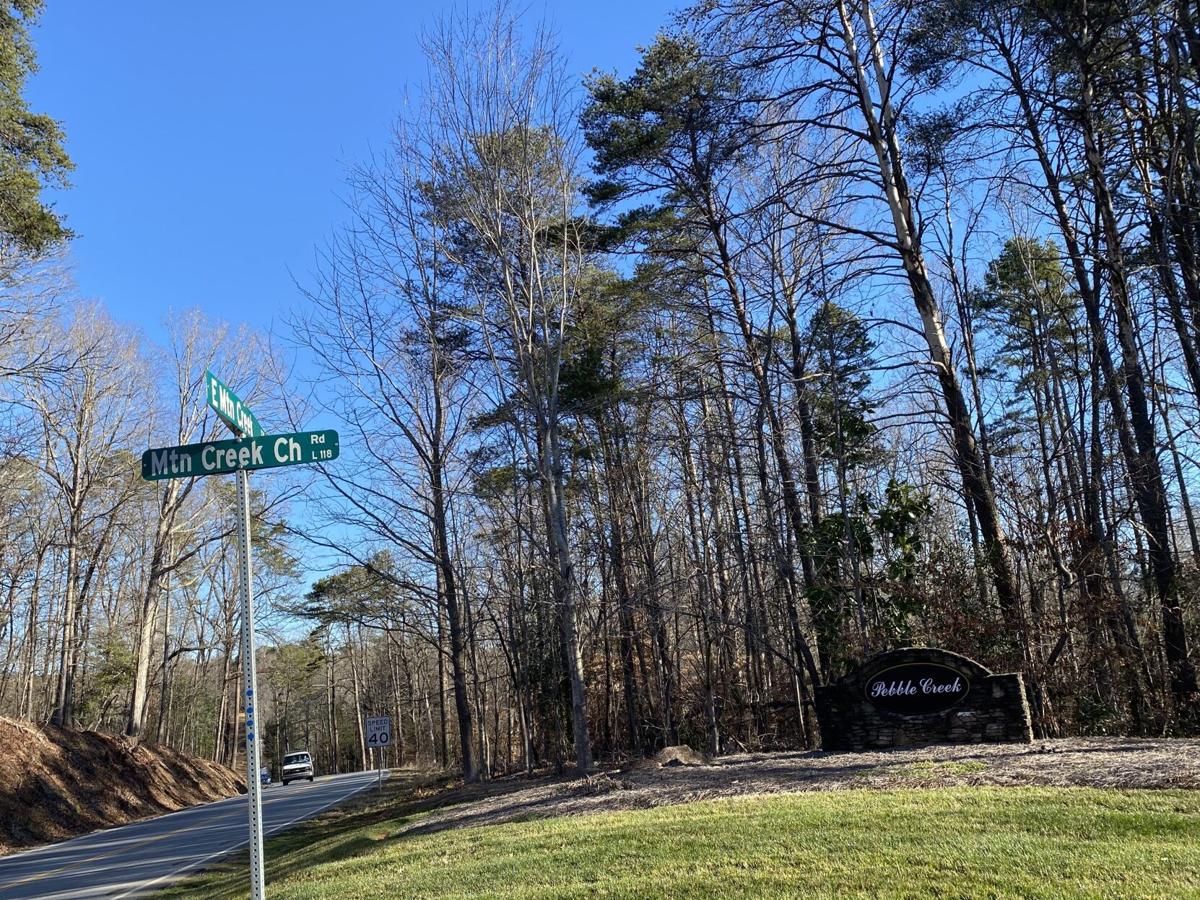 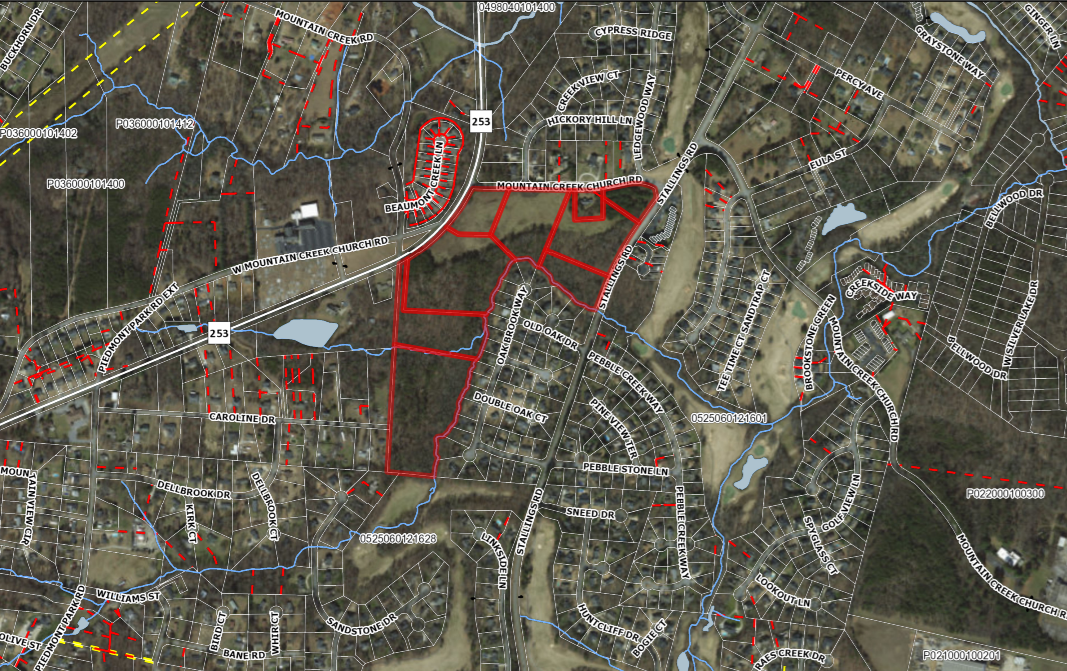 A Greenville County development near the Pebble Creek communities that has twice been rejected by the county will return for a third time to the county's Planning Commission on Oct. 27.

Some residents have protested that more housing in the area will further congest an intersection the state Department of Transportation said needs a traffic light. But no traffic light is planned for the intersection of West Mountain Creek Church Road and state Highway 253, north of Greenville and southeast of Paris Mountain. SCDOT has said it would cost $750,000 to add one at the three-way intersection.

After the planning commission rejected a developer’s plan to build a mix of 147 houses and townhomes on 42 acres along West Mountain Creek Church Road, one of the property's owners appealed that decision to the 13th Circuit Court, where Judge Letitia Verdin ordered the commission to take it up again.

The commission previously rejected the plan, citing Article 3.1. But that rule no longer exists in county codes, having been replaced by the county after numerous lawsuits and appeals of prior subdivision applications.

The applicant, James D. Martin, III of Arbor Land Design, LLC has requested to build a subdivision with 83 houses and 64 townhouses at Roberts Farm.

Martin said he is not the developer of the project, just the applicant. Martin is an engineer with Arbor Engineering, which worked on the past proposal rejected by the planning commission.

As the applicant, Martin said if the project is approved Oct. 27, it would still require subdivision approval, which would come back before the planning commission Jan. 26.

Red Clay Development, a previous developer of the project, is no longer involved in the application, he said.

The property Roberts Farm would be built upon is split into nine separate parcels jointly owned by members of the same family. The project is further complicated because after family members had earlier agreed to sell all of the properties to a developer, one family member now doesn’t want to sell, according to a lawsuit filed by five family members against a sixth member that seeks to force him to sell.

That lawsuit was filed Oct. 14 and has not yet been resolved.

Residents who live in surrounding Pebble Creek communities were vocal in opposition to the rezoning and preliminary development plan for Roberts Farm due to heavy traffic on nearby Highway 253 and Stallings Road as well as concerns about density and flooding.

Kristen Worden, president of The Oaks Homeowners Association at Pebble Creek, sent an email to residents last week urging them to express their concerns to county planners and council members.

The state Department of Transportation would not allow an entrance to the subdivision on either of the state roads due to traffic volume and proximity to other intersections so the project was designed with an entrance and exit on West Mountain Creek Church Road, a two-lane county road that residents said already backs up during peak traffic hours.

A traffic study performed as part of the developer’s application rated the intersection of West Mountain Creek Church Road and Highway 253 as level of service “F.” SCDOT has already said a traffic light is needed at that intersection but the project isn’t on its short list and would cost $750,000. The developer is not required to pay for a traffic light as part of the approval process.

The planning commission had rejected the preliminary development plan for Roberts Farm by a 5-4 vote earlier this year. Since then, commissioner Mark Jones, who voted against the plan, has resigned to become a Canebrake Fire Department commissioner. His seat on the Planning Commission has not been filled.