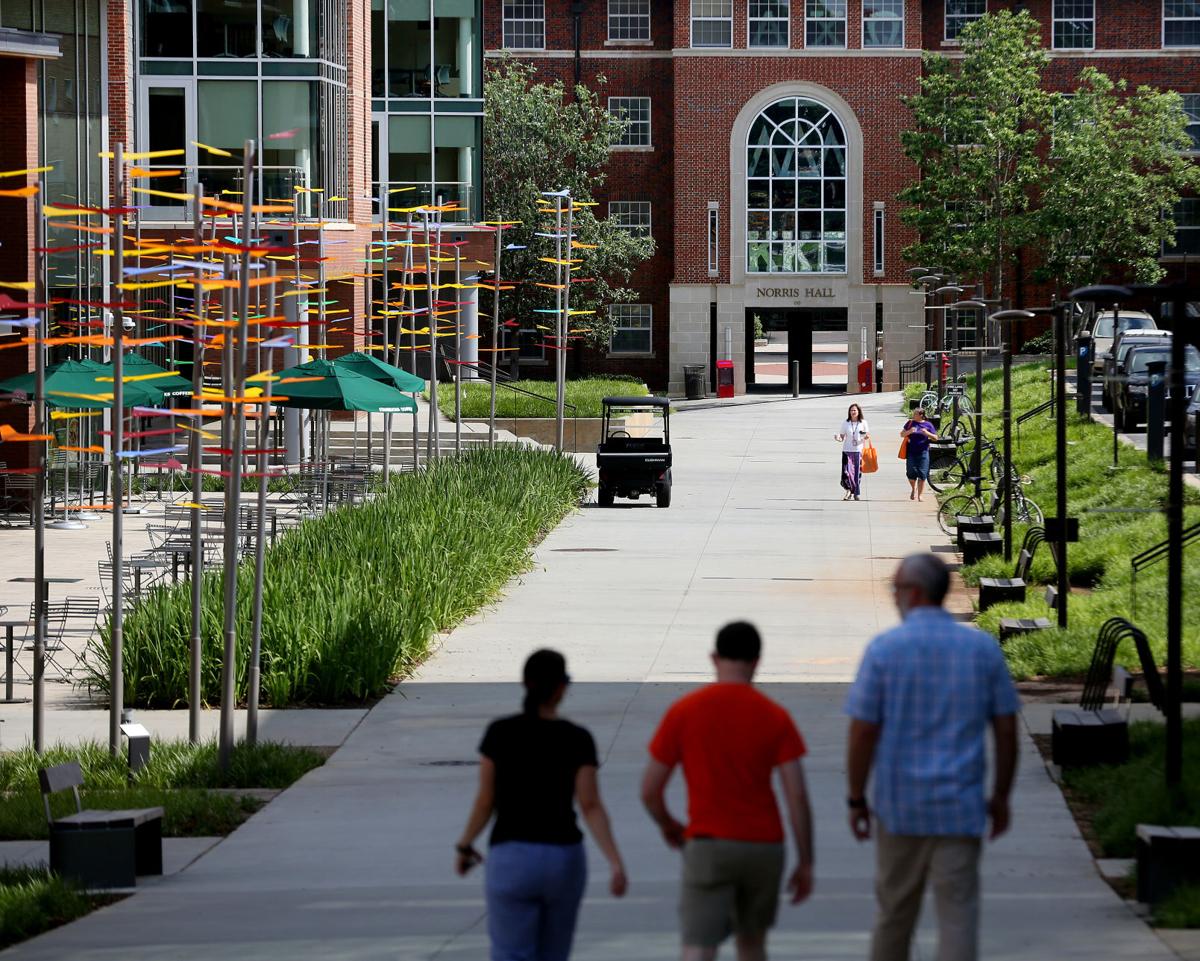 The walkway to Norris Hall at Clemson University.

A screen capture from the LyonJay website promoting the North Springs development in Boiling Springs.

Greenville-based LyonJay is developing a 62-acre site in Boiling Springs, north of Spartanburg.

According to the company, the site will feature two residential developments with units starting at just less than $170,000. One development is townhomes built by D.R. Horton, and the other is single-family homes built by Ryan Homes. The Ryan Homes website touts its project as having single-level homes with all lawn maintenance included.

The mixed-use project, dubbed North Springs, also has a 20-acre retail area. It currently has "two national retail tenants and the remaining is under contract with a large retail and grocer developer," according to the release from LyonJay.

Look for a major announcement coming on Friday from Clemson University. The school sent an alert out recently urging stakeholders to tune in.

The Post and Courier reached out to the university for official details but a spokesman said nothing would be released ahead of time.

You'll just have to trust us on this one. It's a big deal.

The Greenville Chamber of Commerce will hold its annual Diversity Equity and Inclusion Summit virtually on Oct. 20.

The full-day event "will feature three keynote speakers, multiple workshop sessions and a networking reception," according the release from the chamber.

The chamber expects about 700 to attend. The deadline to register is this Friday. Cost is $149 for members and $199 for non-members.

The event is sponsored by Michelin.

A national "property tech" company that specializes in furnished rentals in 41 U.S. markets expanded to Greenville on Oct. 6.

Landing provides short-term rentals at existing Greenville-area apartment complexes without long-term leases or security deposits. Customers type in a city and a range of dates to find availability.

According to a statement from the company, Landing has more than tripled its footprint in the last eight months.

Here's the news you need to know.