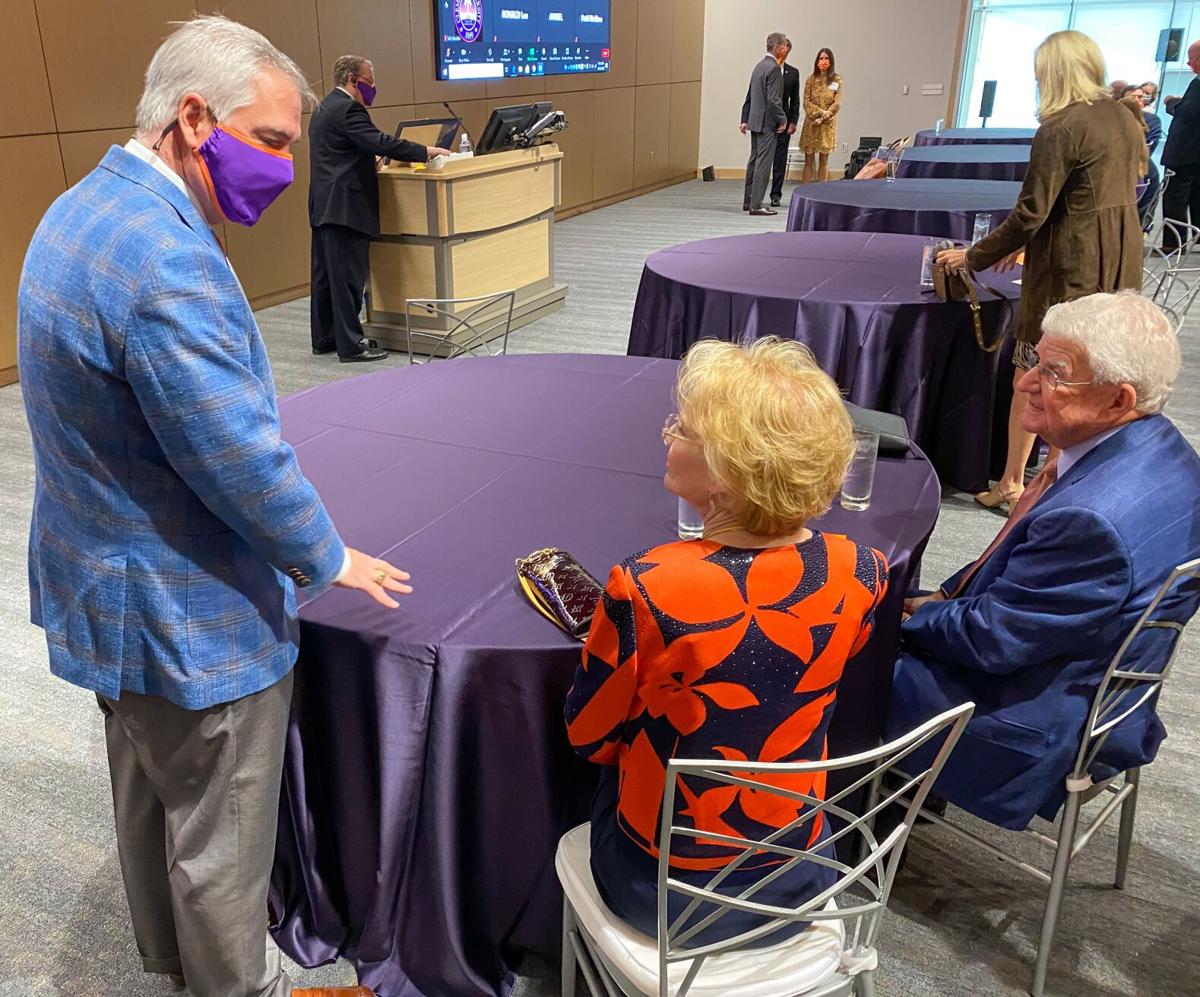 Brian O'Rourke (left), Clemson's vice president for development and alumni relations, speaks with Ann and W.O. 'Billy' Powers on Friday, Oct. 16, 2020, during a ceremony to announce the Powers' $60 million donation to the university. Anna B. Mitchell/Staff 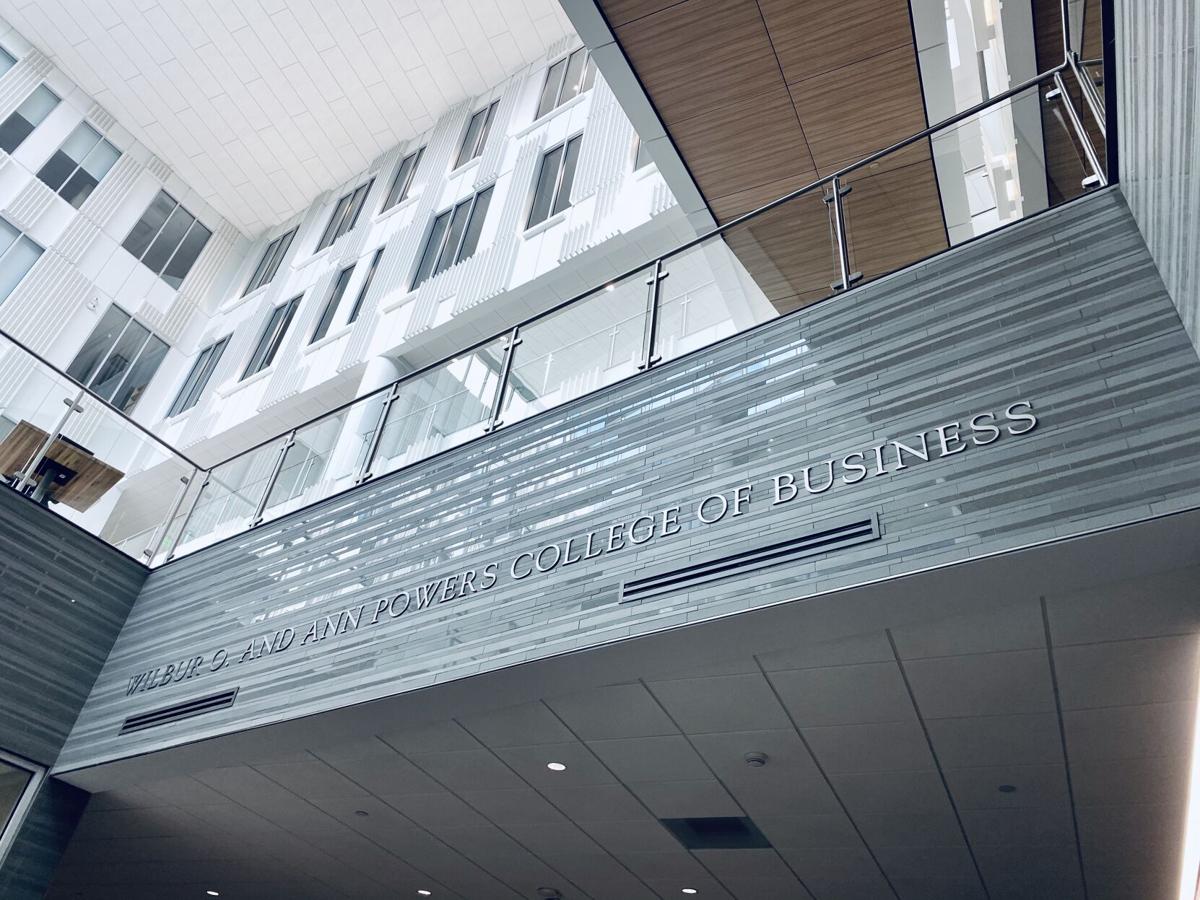 The new sign for the Wilbur O. and Ann Powers College of Business was unveiled at Clemson University on Friday, Oct. 16, 2020. Anna B. Mitchell/Staff 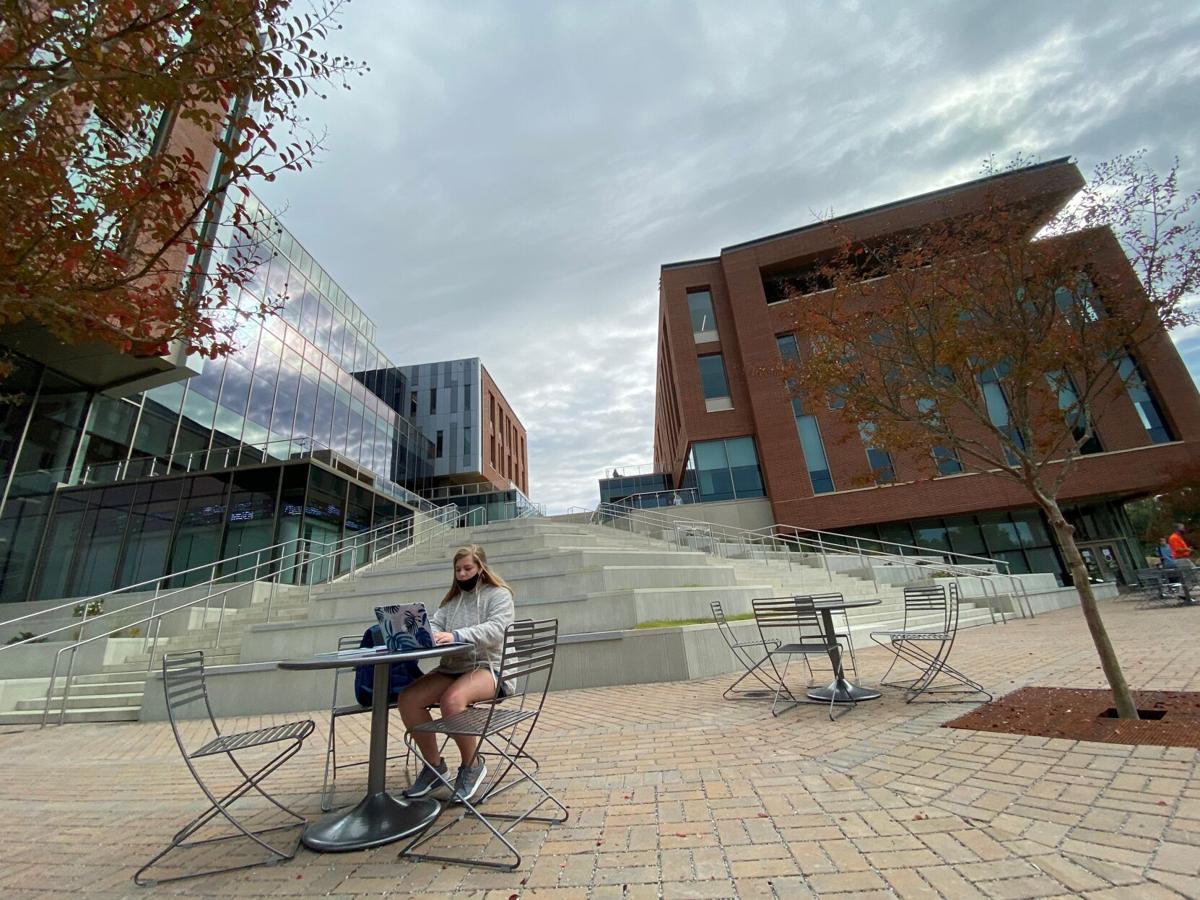 Clemson student Katherine Bayless sits in front of the Clemson University College of Business on Friday, Oct. 16, 2020. Anna B. Mitchell/Staff 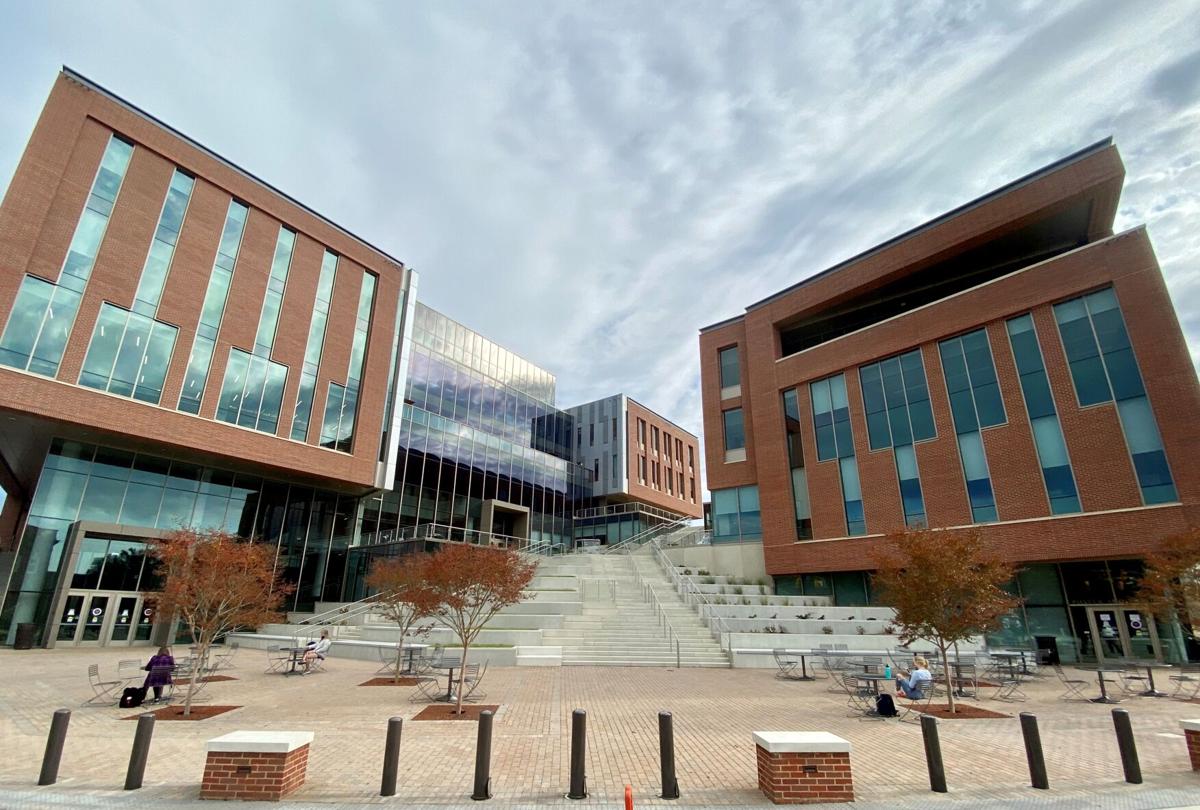 Clemson has secured a major donation — a university record of $60 million — to name the new business school at the center of campus.

The donor is a Pee Dee businessman who was raised on a farm and made his fortune through his Florence-based construction and property management businesses. W.O. "Billy" Powers, now in his 80s, attended Clemson in the 1950s before returning home to work on the family farm.

The gift, made along with his wife of 38 years, Ann Powers, marks the largest one-time donation to a business school in the state. Darla Moore has donated a combined $70 million to the business school named after her at the University of South Carolina.

“We have our first named college and our students are going to benefit ... for decades to come,” Clemson President Jim Clements said after the announcement.

Powers himself did not make a statement on Friday, though in a pre-taped video shown to about 40 people gathered at the college for the announcement he spoke about the virtues of perseverance and working from the bottom up.

The lion's share of the Powers' money will be placed in an endowment, Business dean Wendy York said after the announcement. It will fund programs and student scholarships for "a hundred years." Details on how the money would be spent were not released, but York said some of the money would go toward the new business college's construction, as well.

Clemson's College of Business has more than 5,000 students, and business is the fastest growing major on campus.

The college will now be known as the Wilbur O. and Ann Powers College of Business. Built at a cost of $87.5 million, the twin-tower business college just off Walter T. Cox Boulevard provides 176,000 square feet of teaching and common space for undergraduate business students. Located at the heart of the Clemson campus just across from Sikes Hall, it opened for classes this fall.

The South Tower of the Business college will be named after the Powers' grandson Chandler Burns, who graduated in 2015 but died of a sudden illness in 2016.

Ann Powers said in a taped statement that her husband is accustomed to donating anonymously but broke with habit because of the opportunity to spotlight their grandson. Billy Powers said he had always expected Chandler to take over his business.

"It just destroyed us," Billy Powers said in his taped statement.

The Powers' daughter, Penny Burns, said Billy Powers recognized how hard Chandler worked. Penny said she hopes the building and her son will inspire students not to take for granted the time they have.

"It will be difficult to take it all in," Penny Burns said of the prospect of seeing her family's names on buildings at Clemson.

Unmarked graves of the enslaved: Clemson board committee to assess its buried history

Billy Powers has a long legacy of philanthropy. His donations in recent years through the W.O. Powers Foundation have benefited the Florence County Disabilities Foundation, the United Way of Florence County and the Fellowship of Christian Athletes, among others. He has also received the Distinguished Citizen Award from the Pee Dee Boy Scouts and is a past board member of the National Home Builders Association.

Powers has received multiple honors from Clemson, including a distinguished service award from the school's alumni association in 2011. He attended Clemson from 1953 to 1956 but did not graduate. Powers is a past board member of the Clemson University Foundation, and he received an honorary doctor of humanities degree from Clemson in 2004, according to a 2011 media release. He is also a lifelong member of IPTAY.

Clements described Billy and Ann Powers as hard working and humble people. He said they have quietly donated much to the university over the years.

Billy Powers started his first business, Powers Construction, in 1965 after working as a surveyor for the South Carolina Department of Transportation.

Powers' other companies include Powers Properties, Price Carolina Aquatech Pools and Powers Aviation, according to a 2018 profile of the businessman in the Florence Morning News.

The Morning News piece described his "quiet generosity" after he was awarded the Marion Medallion from the newspaper and Francis Marion University. University President Fred Carter declined at the time to say how much money Powers had given his school and to other organizations throughout the Florence community except to say it had made a significant impact.