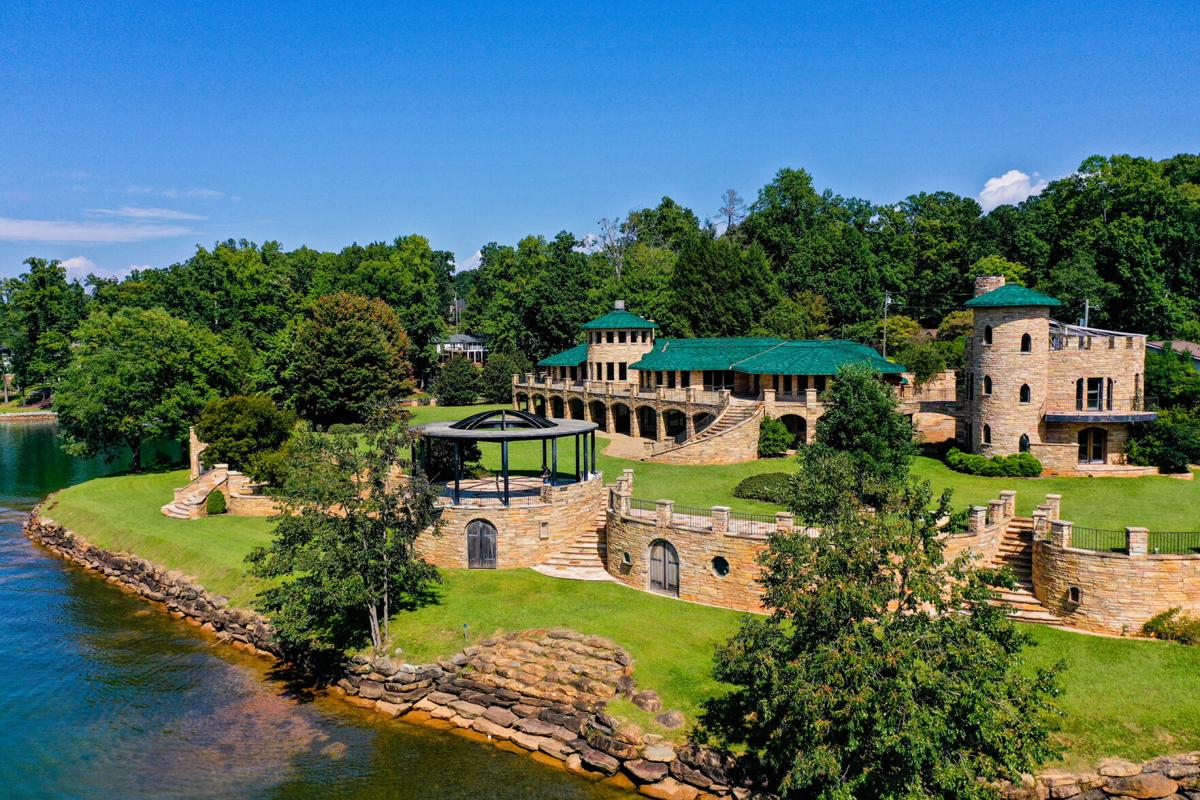 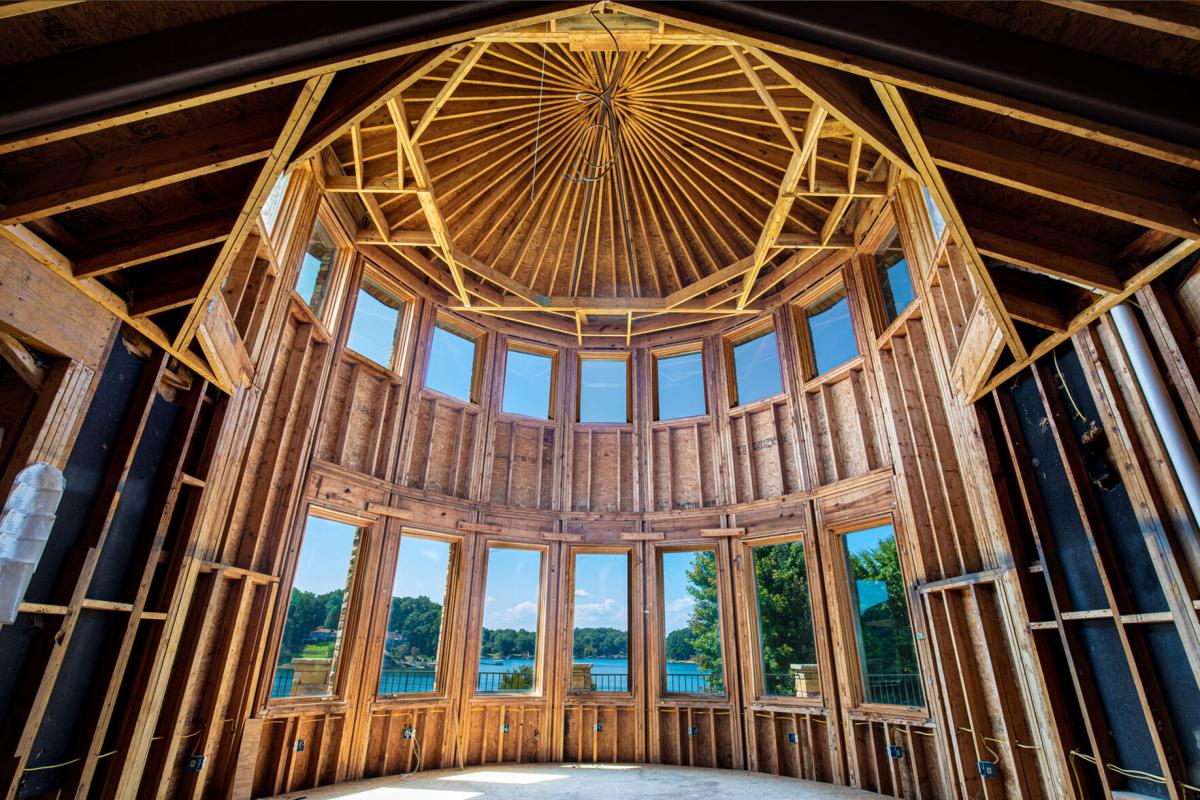 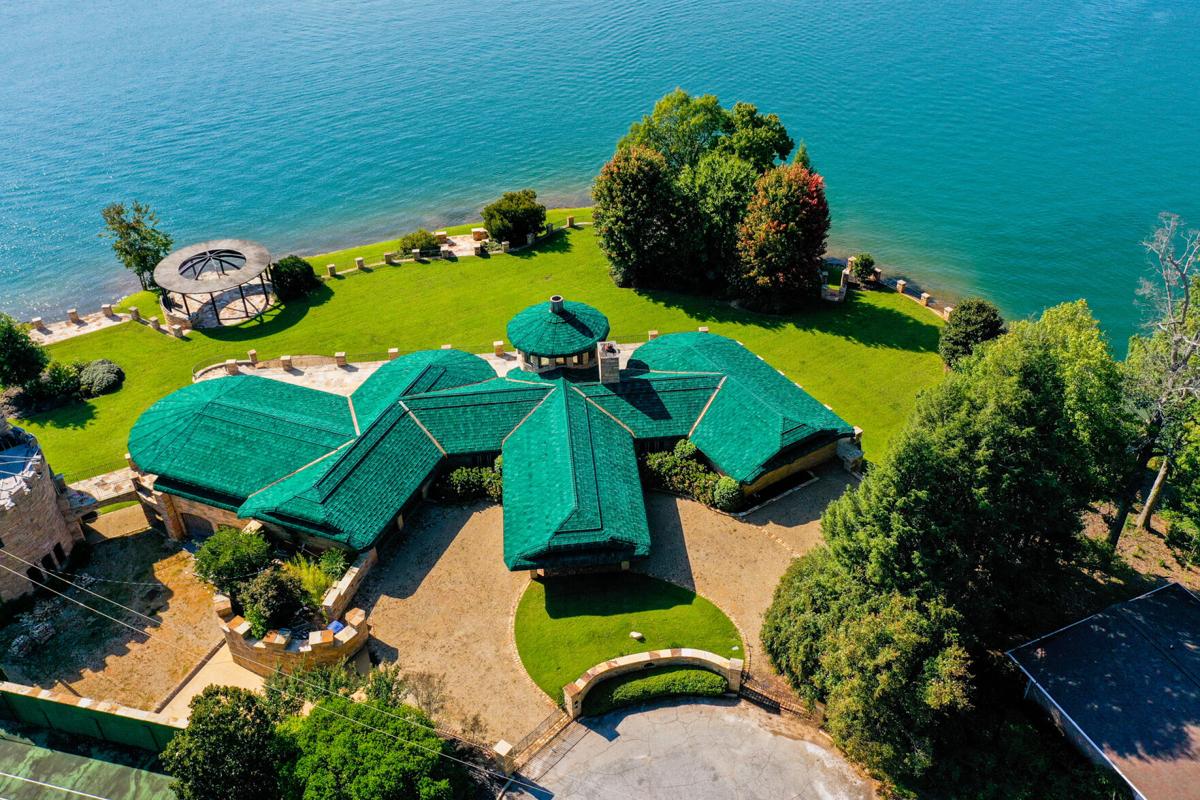 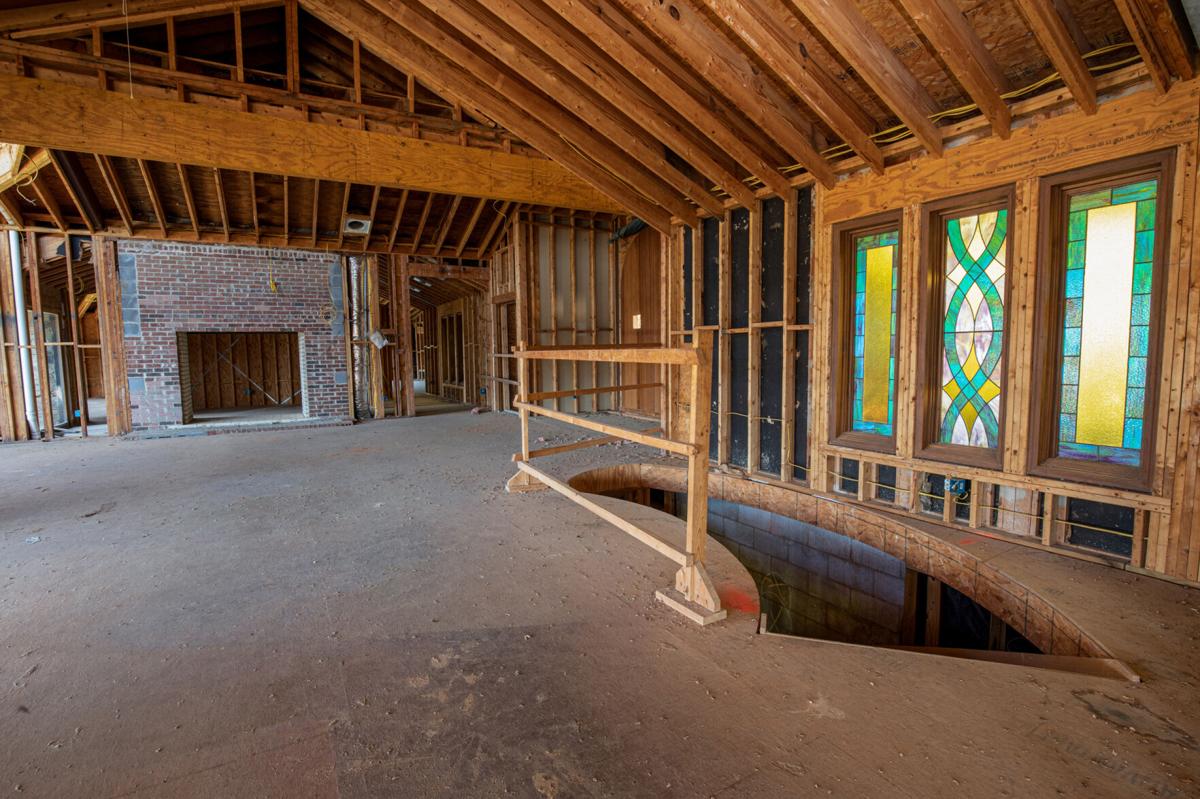 SENECA — Near the southwest edge of Lake Keowee in Oconee County, some boats will slow or stop as they pass the castle.

Sometimes riders snap pictures and others chatter about the stone house with an emerald green roof. The Seneca residence has become known as the “Castle on Keowee” — a 12,000-square-foot structure that sits on three lakefront lots.

For the first time in more than a decade, the property, which didn't always look like something out of a storybook, is on the market. Asking price: $2.8 million.

"Whoever gets to buy it gets to buy the castle for the first time," said Clay Vassey, broker-in-charge of the Mountain Lakes team of Allen Tate Realtors.

Until now, the house has never been bought in this format. When an international businessman acquired it more than 10 years ago, it was a foreclosed 50-year-old ranch-style house. He pulled it out of foreclosure and spent around $1.5 million on renovations, turning it into the castle seen today.

The price point for houses on the lake has risen in the past few years by more than 20 percent, Vassey said, meaning there are no lakeside homes worth less than $1 million. If the castle were removed, the land alone would be valued at nearly $3 million, he said.

The two-story house has sat vacant for years, the interior incomplete. The inside has exposed wooden framing and plywood floors. Listing agent Marsha Burrell said it would be up to the new buyer to decide how much money they would dedicate to finishing it. The house is restricted by a homeowners' association covenant and regulations within the city limits of Seneca.

Some think the castle could become a wedding venue or Airbnb, but Vassey thinks the next owner is going to be someone who will either finish it to sell it again or a family that will live in it. He does not think the buyer will necessarily be local; they may come from another part of South Carolina or out-of-state.

The street side of the house sits at the tip of a cul-de-sac in the subdivision of Normandy Shores at 6 Heritage Point in Seneca. Visitors access the property from its upper level.

Behind the entrance gate is a wraparound driveway. Next to the 12-foot front doors is a nook where the current owner planned to display a suit of armor.

Beyond the front doors, a cone-shaped, vaulted ceiling space surrounded by nearly 20 windows was created to be a library. Next to the library on the left is a double-sided brick fireplace, which was a part of the original ranch house and is where the add-ons began.

Further to the left, past the elevator shaft, is the master suite. While the number of bedrooms and bathrooms can be flexible, it is listed as 6+ for both. The kitchen, dining and living rooms would all be to the right of the front door. The bottom floor has space for more bedrooms and a wine cellar. There is some plumbing, HVAC and electricity.

Outside, a rounded pergola fitted with electrical wiring sits at the edge of the upper level of the 1.45-acre property is ready to be transformed into a potential kitchen and entertainment area.

On the lower level, arched wooden doors make way to windowless storage units. The house is riddled with legends, like the one about the cellars being created just for parties, but that is only hearsay.

Another staircase descends into the water, where the seawall is lined with stone. The property does not currently have a dock. Kroeger Marine Construction, a dock builder company, visited the house on the morning of Sept. 28 and told Burrell that any place along the lake border can have a dock added.

When facing the house from the lake, the tallest pillar to the far right has a spiral staircase that ascends to an open-air deck.

All the fence posts along the upper level have been rigged with electrical hook-ups so the home can be illuminated. At night, "from the lake, this is going to be just mythical,” Burrell said.

Do you know other legends about the "Castle on Keowee" or are there details we missed about the house? Have suggestions for other unusual properties around the Upstate? Email Stephanie Mirah at smirah@postandcourier.com.

Borderlands Comics and Games relocated from its over 30-year home on Laurens Road to a much larger space on South Pleasantburg Drive. Read moreLong-time Greenville comic book store relocates, quadrupling its space