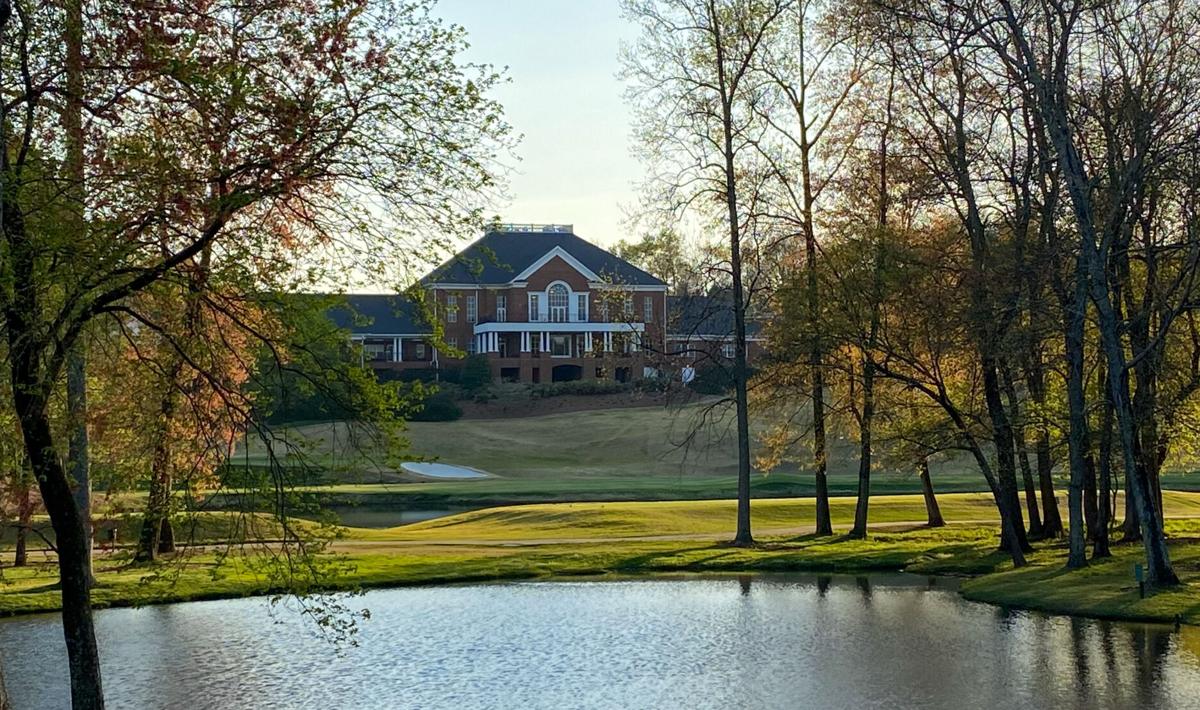 The Thornblade Club in Greer, S.C., one of two courses to be used for the 2021 BMW Charity Pro-Am. 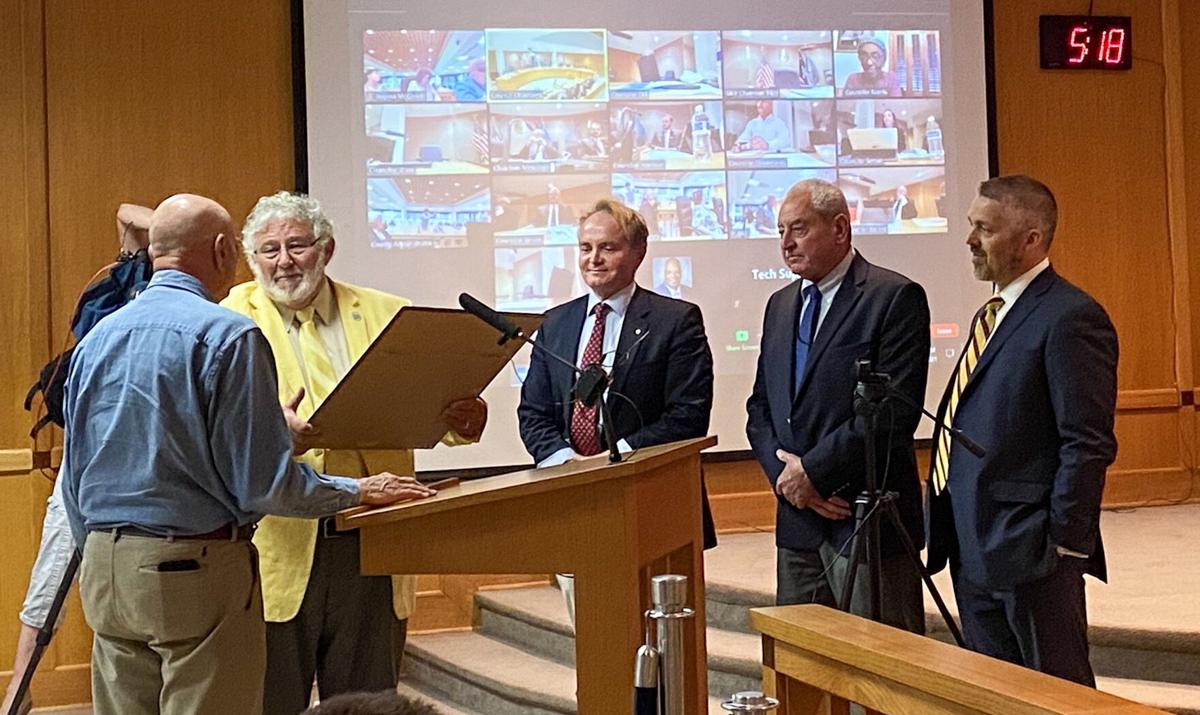 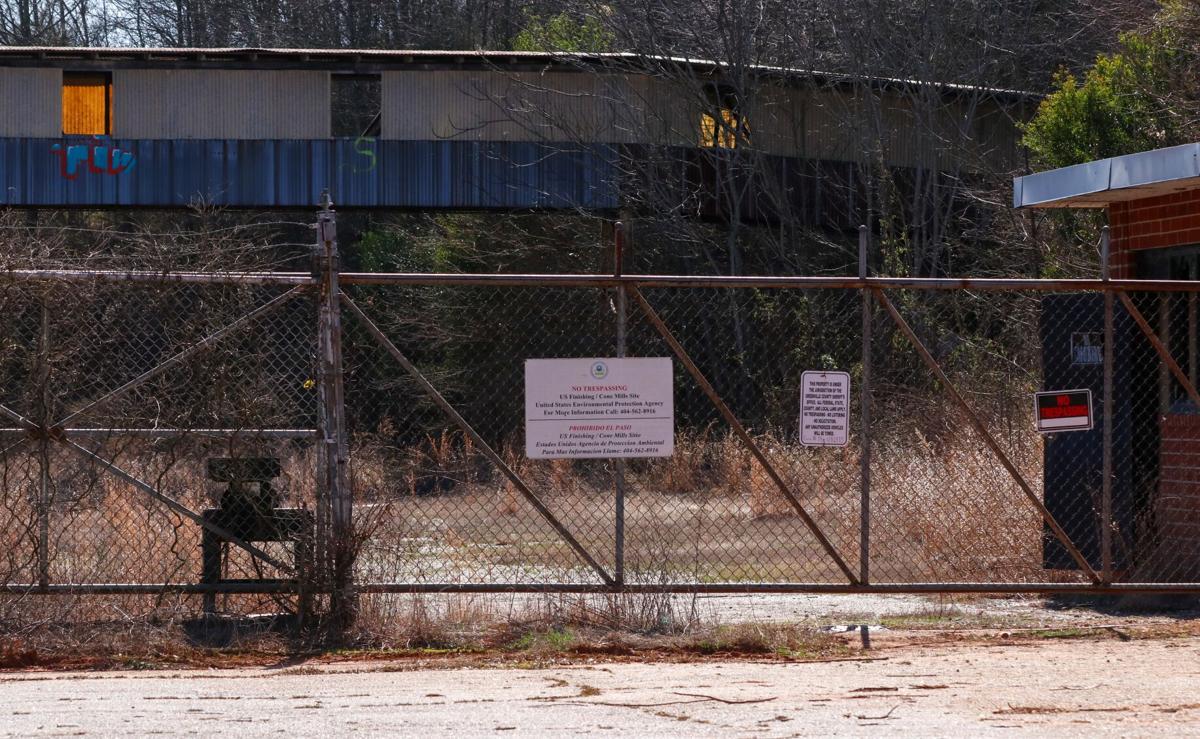 The front gate of the former Union Bleachery site off Old Buncombe Road in Greenville County in March 2021.

An upcoming Upstate golf tournament is working to add a second meaning to green approach.

The 2021 BMW Charity Pro-Am, run by nonprofit South Carolina Charities, Inc., announced April 5 it would introduce measures leading to "zero waste" sent to landfills. Among the changes will be "an increased number of waste receptacles, recyclable and biodegradable food and beverage packaging, and reusable mesh signage," according to a news release.

The tournament, to be held June 10-13 jointly at Thornblade Club in Greer and The Cliffs Valley in north Greenville County, is sponsored by Synnex Corporation, an international IT and data services firm with a significant presence in the Upstate.

A number of other sustainability efforts will also be in place, including sourcing more food locally and working with an apparel supplier to create bags and signs from repurposed material. PalmettoPride awarded the event a litter prevention grant, and the city of Greenville and Greenville County have involved their litter and beautification committees.

The event will partner with Univar Solutions, which also works with Greer-based BMW Manufacturing, to collect and haul trash. Blue Strike Environmental will sort trash, recyclables and material suitable for compost on site, the release said. MOA Architecture and The Sudler Companies are providing financial support and volunteers.

On May 1, a litter cleanup will be organized near Thornblade Club and those wishing to volunteer can contact Kari Snyder with South Carolina Charities at ksnyder@sccharities.org. On June 5, MOA Architecture will hold a recycling event at Roper Mountain Science Center's new environmental science building. Roper Mountain is one of the tournament's beneficiaries.

Tickets for the BMW Charity Pro-Am went on sale March 17. Prices range from $15 to $150, with parking included. Complimentary passes are available for military members, veterans and first responders. Information on tickets is available at bmwcharitygolf.com. The tournament features amateurs, celebrities and professionals in both team and individual formats at both courses.

Greenville County Council proclaimed April 6 as Tommy Stevenson Day to honor the owner of Tommy’s Country Ham House, who is retiring after more than 35 years from the iconic country cooking restaurant that became a must-stop for local, state and national politicians in Greenville.

Stevenson, 80, a 1965 Furman University graduate, also fed the Furman football team for free on the night before home games.

“I’ve never experienced anything like this,” Stevenson said as he received a framed proclamation while members of the council applauded.

Tommy's Country Ham House to close, and with it a rich history of high stakes politics

Sam Konduros, chief executive officer of Greenville-based SCBio, will leave the organization in May to take a position on the board of directors for Charleston-based Vikor Scientific, and as CEO of an as-yet-unannounced "health innovation company" in the Vikor portfolio, according to an SCBio release.

SCBio works to grow and promote the life sciences industry in South Carolina, with a focus on economic development. Gov. Henry McMaster recently signed an executive order instructing the state Department of Commerce to prioritize recruiting manufacturers of pharmaceuticals and medical equipment, working with SCBio on that effort.

Erin Ford, executive vice president and COO of SCBio, will take on Konduros' daily responsibilities while the board conducts a CEO search.

Life sciences is the fastest growing industry in South Carolina, according to research by state economist and USC economic development expert Joseph Van Nessen. The roughly 700 firms in the sector account for $12 billion in economic impact, according to the release.

Greenville County Council gave final approval to rezone the 240-acre vacant industrial site that once was Union Bleachery as a planned development April 6 to allow a pair of Florida-based developers to clean up the Environmental Protection Agency Superfund site and turn it into a massive mixed-use project.

The vote sailed through unanimously without discussion.

Florida developers Warren Zinn and Dean Warhaft laid out a 20-year timeframe for the project, which they plan to turn into an urban center filled with restaurants, retail, a hotel, apartments and up to 3.5 million square-feet of office space at the site along Old Buncombe Road and State Highway 253.

First, the site must be declassified as a Superfund site, which will likely require intensive work on at least part of the acreage where the shell of the former mill still stands.

Business news to know from around South Carolina.