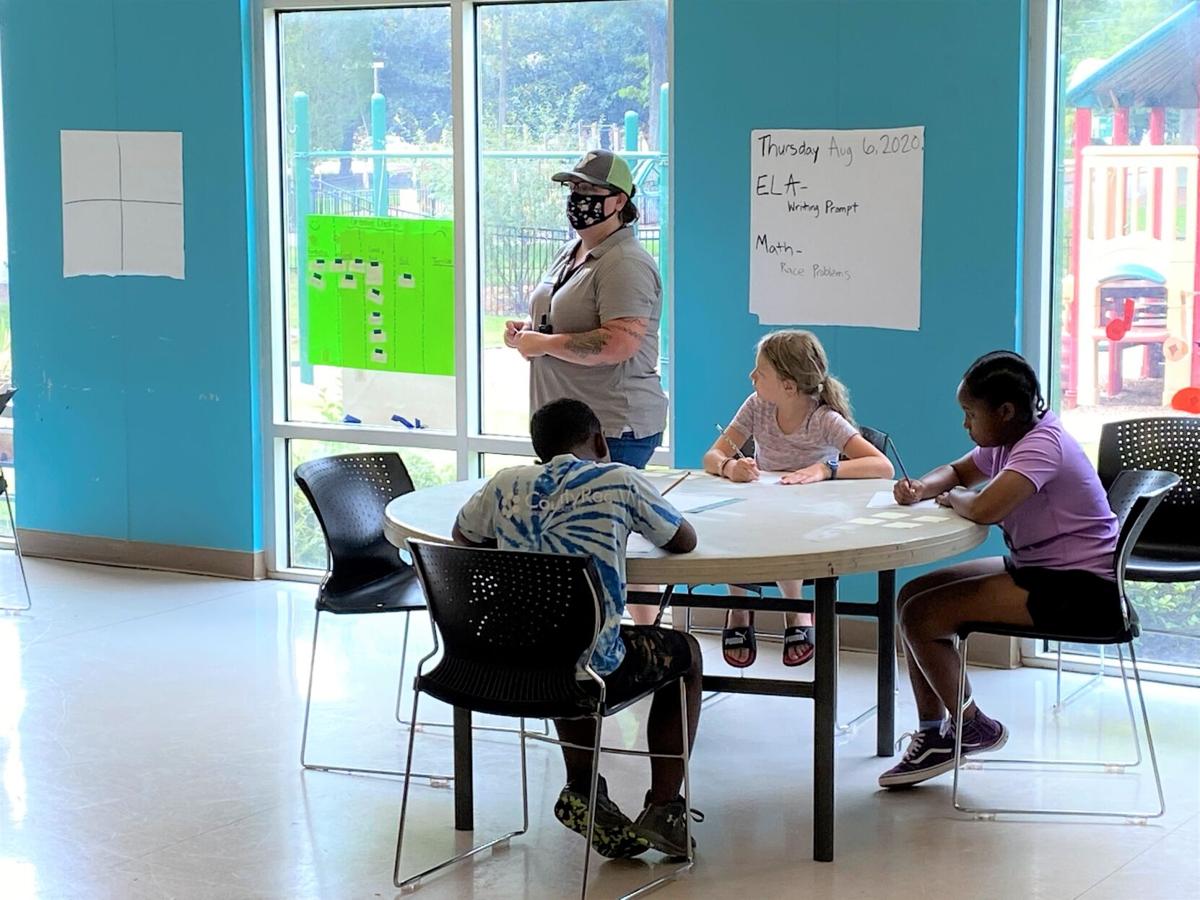 Erin Munroe, wearing a mask, leads an education session at a summer childcare camp during the coronavirus pandemic at the Caine Halter Family YMCA on Thursday, Aug. 6, 2020. File/Nathaniel Cary/Staff

Erin Munroe, wearing a mask, leads an education session at a summer childcare camp during the coronavirus pandemic at the Caine Halter Family YMCA on Thursday, Aug. 6, 2020. File/Nathaniel Cary/Staff

Some nonprofit organizations in Greenville County are asking for a larger share of the $91 million the county received from the federal CARES Act coronavirus relief program.

The county has already begun to shift money from the $75 million it initially set aside for small businesses, minority-owned small businesses and nonprofits. Response to that program, which provided up to $10,000 in reimbursement for coronavirus-related expenses, was much lower than anticipated.

At the end of August, Greenville County moved $7.5 million to a fund designated for county expenses. It was set aside for public safety but has not been distributed, said Bob Mihalic, Greenville County spokesman. He did not provide details of how the money would be used.

A spokesman with the Greenville County Sheriff’s Office said the department was not aware of the money. Councilwoman Liz Seman said she understood it would be used for expenses incurred by county emergency services and the emergency operations center.

The county has distributed $16 million in CARES funding so far, not including the money allocated to public safety. That leaves nearly $75 million for the county to use by year’s end. After that, it reverts to the national treasury.

The small business program in place comes with restrictions. For instance, businesses can seek reimbursement for money spent on personal protective equipment, changes made to the business due to the pandemic or on a lease if the business was forced to shut down due to government orders. But they can’t seek money for lost revenue or to pay wages.

It just wasn’t worth the trouble for many businesses, County Administrator Joe Kernell told County Council at a meeting last week. Since the program launched in early July, businesses and nonprofits have claimed just over $4 million.

In the past few weeks, council members have asked staff to consider other ways to distribute the money to assist county residents who are in need due to the economic fallout of the pandemic.

The county has already exceeded the $4 million it had allocated for community health projects and the $2 million for county-related agencies.

Nonprofit leaders have begun to draft proposals and reach out to county officials to seek a greater share of the money for food, mental health, and rent and utility assistance, which are straining nonprofit resources.

“We know that this is not the beginning of the end for our community. We believe that this is the end of the beginning and we will see the economic impacts for a long time to come,” said Meghan Barp, President and CEO of United Way of Greenville County.

United Way’s 211 crisis call line, which connects those in need with nonprofit partners in the community, has received 8,000 calls in the past three months, Barp said. That's more than it typically receives in a full year.

“Many of these callers are first-time callers in our community, having never needed to receive assistance from United Way from one of our many partners, and they’re unfamiliar with how to navigate the system,” she said.

More than 1,300 requests have poured in for rental assistance alone, she said.

But more will be needed as the pandemic continues, emergency relief funding for businesses runs out and eviction moratoriums are lifted, she said.

In May, United Way, Nonprofit Alliance and Greenville Partnership for Philanthropy drafted a proposal, which it sent to county staff and council members. The plan would have split the county’s CARES funding to accommodate business, governmental and nonprofit needs.

That proposal was never publicly considered.

Instead, after a series of secret meetings among some county council members and staff, the county put forward the plan that was adopted.

Seman said she wasn’t pleased with the original process and has since pushed for more transparency. However, she said the county was trying to be conservative in its approach and has been open to making adjustments after gaining a better understanding of the community’s needs.

Councilman Lynn Ballard said he has been encouraging the nonprofits to apply for more money "because it needs to be helping people who are hurting right now."

Katy Smith, facilitator with Greenville Partnership for Philanthropy, said the county has been open to conversations about how best to spend the remaining money.

“County staff have been really open to adapting the approach now that they’ve seen where the demand is,” Smith said.

Barp commended the county for how it met childcare needs by allocating $2 million in CARES funds for a program for school-age children.

She said the United Way and its partners would like to see the county allocate the rest of the money soon and “smartly” because a lot of people in the community are hurting.

“We have this real opportunity right now to say, ‘OK, what are those other needs in the community that need attention?'” Barp said.

Kernell said the county is working on how to redistribute the money. He said it hadn’t yet received a new proposal from the United Way.